Students, staff, and visitors at the University of Amsterdam usually use a cavernous central room in the 18th-century Maagdenhuis building as a workspace, gathering under the skylights to to read, tap away on their laptops, or hold small meetings. But the beautiful hall is also the perfect place to host events, so any furniture kept within it needs to be portable. 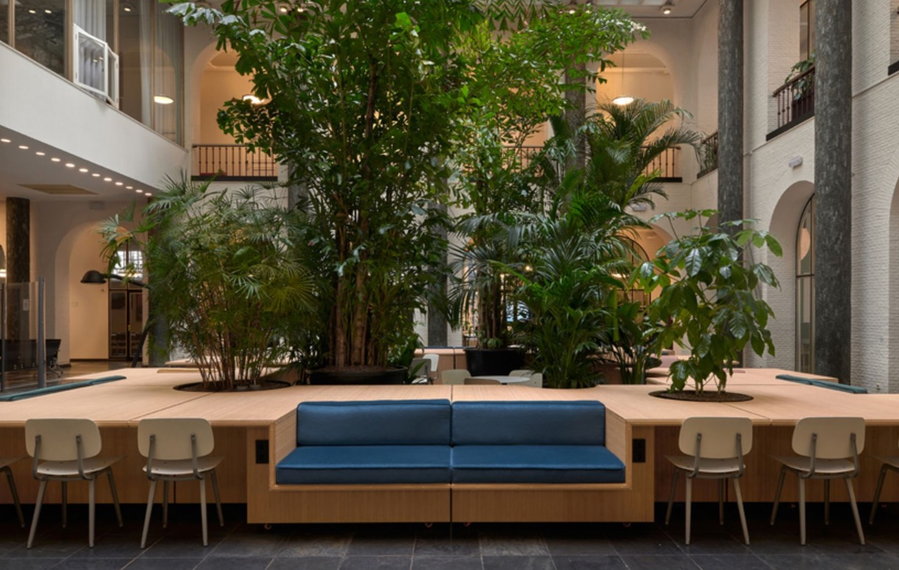 A decade after they designed the canteen within the building, designers Roelof Mulder and Ira Koers returned to come up with a mobile furniture solution that’s also every bit as elegant as the architecture demands (because let’s be honest, folding chairs were never going to cut it). The duo’s mobile bamboo work islands fit together like puzzle pieces and include cutouts for massive potted plants and trees to make full use of the room’s grand scale.

The 12 units are set on wheels so they can easily be rolled into various configurations or out of the space altogether. Once pushed into place, they appear to be one large workspace combining comfortable couch-like upholstered seating with large platforms that can be used as desks. There’s no one correct way to orient them, so the spaces within can be spontaneously created as desired. They’re often arranged symmetrically, with an opening in the center so that users can nestle within the living greenery in chairs or at small café-style tables. 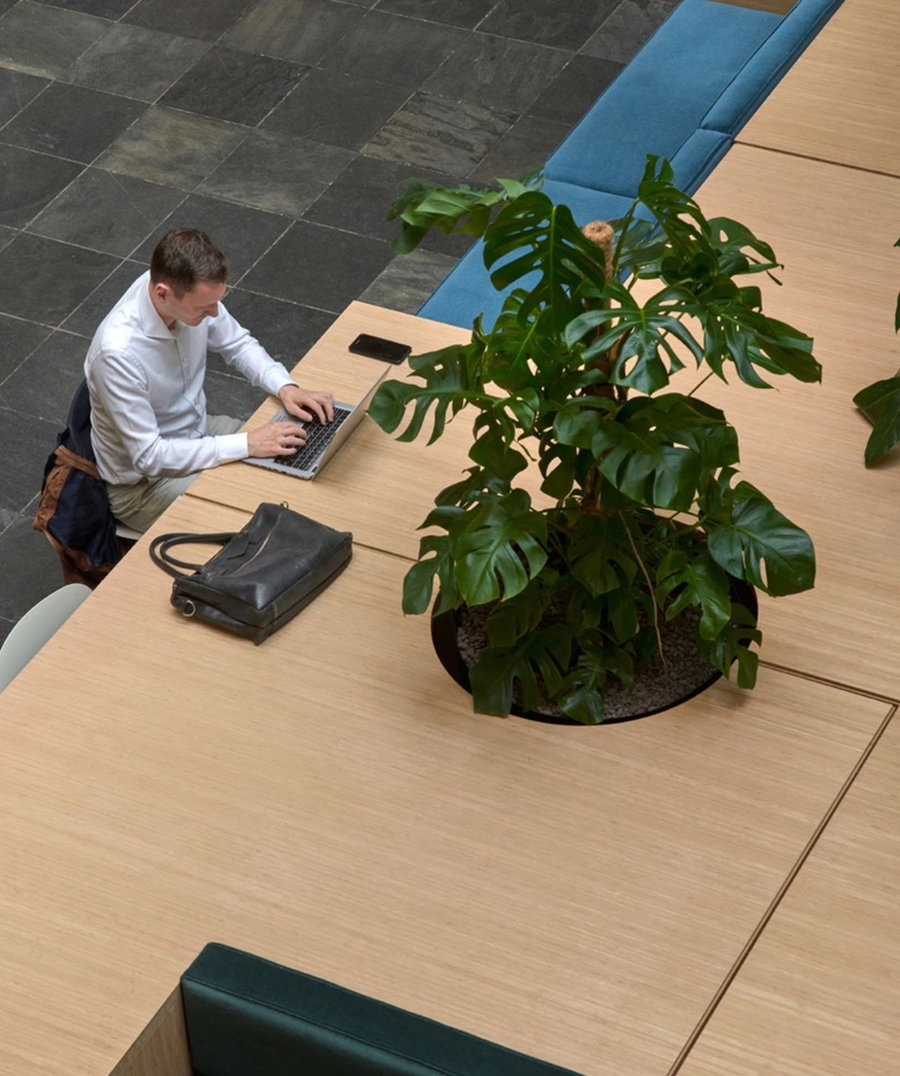 Made of durable bamboo, the mobile work islands are equipped with bumpers so they can be shifted around safely. The same semi-circular cutouts that wrap around the potted plants when they’re placed in the center of the room can also accommodate the giant beams along the perimeter. When the units are pushed to the edges, they maintain seating while offering a large open gathering area in the center. 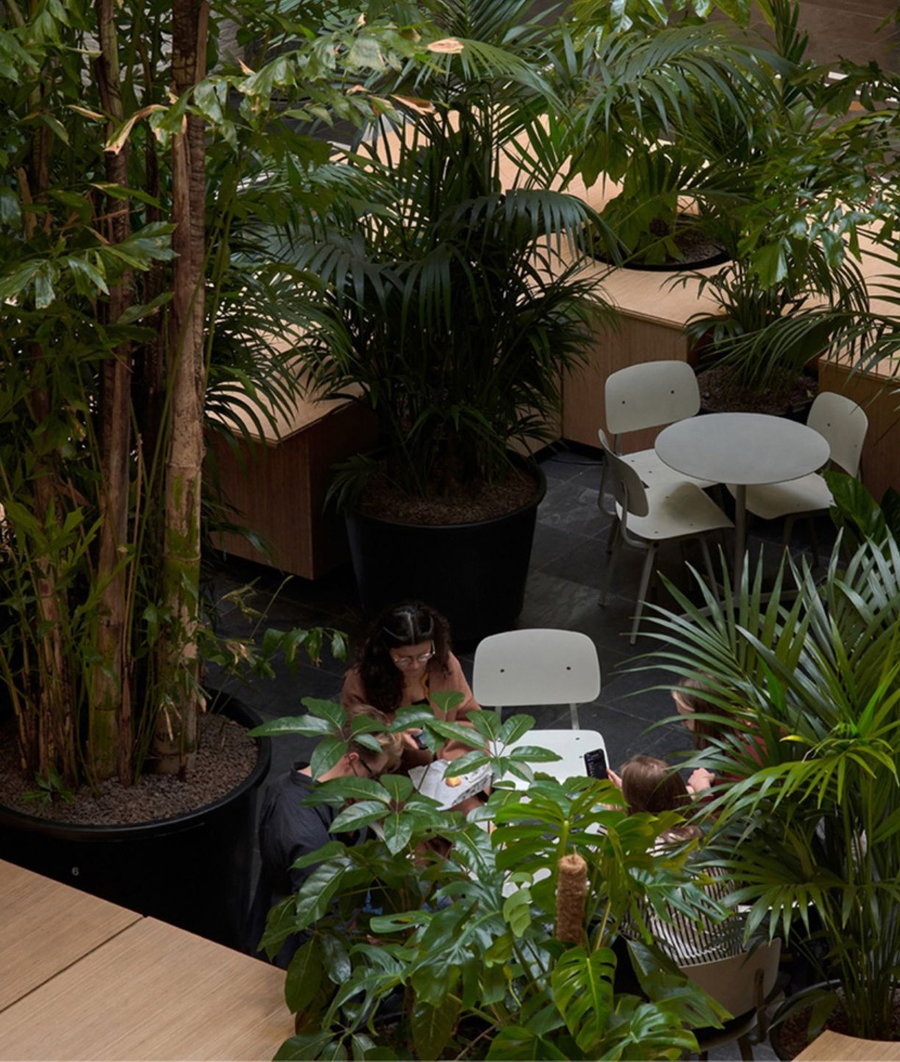 The greenery adds privacy, dampens sound, and changes the overall mood of the room. What could feel like an overly large space full of echoes becomes intimate and comfortable, creating new vantage points from which to admire the hall’s many brick arches opening to other spaces. Mulder and Koers eliminated some existing curtains and frosted glass in the hall to encourage more open lines of sight and views of the city outside. 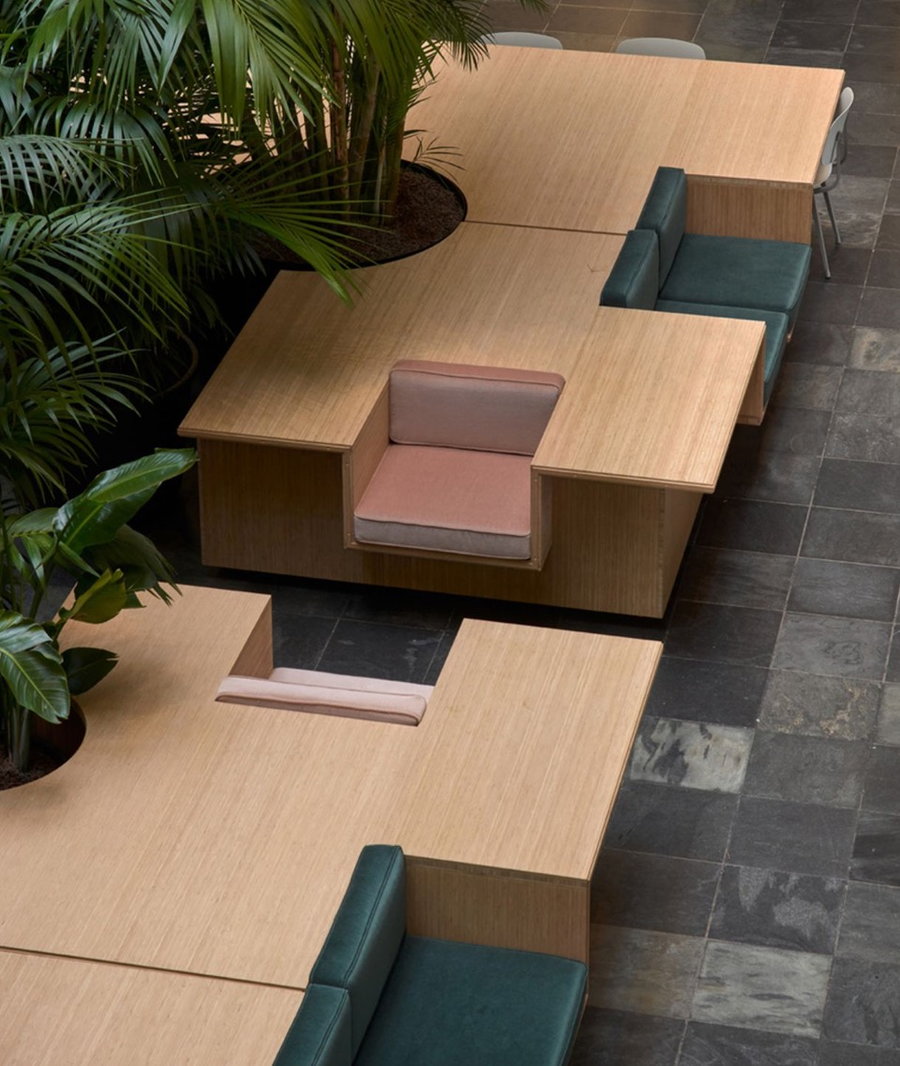 Keeping the use of this central hall flexible pays tribute to the building’s long and varied history. First built as a Catholic orphanage in 1780, it was converted into a bank in the 1960s. What was then an open central courtyard was roofed over to create the hall as it is seen today. That same decade, the Maagdenhuis became the administrative center for the University of Amsterdam, the site of historic student protests in 1969.

With Mulder and Koers’ mobile work islands, the Maagdenhuis atrium remains open to evolution, responding to whatever needs the University might have. The design duo recently created a similarly lush planted courtyard effect in the central hall of the in The Netherlands’ Dijklander Hospital, updating the original 1980s design by Jan Tennekes with a modern aesthetic that “resuscitates it with biophilia.”