The robotic cheetah developed by the Massachusetts Institute of Technology (MIT) just keeps getting more advanced. Since its debut in 2015, the four-legged, dog-sized robot known as “Mini Cheetah” has learned how to backflip, taught itself to run, and broken speed records, hitting its fastest speed ever (nearly 13 feet per second) last March. 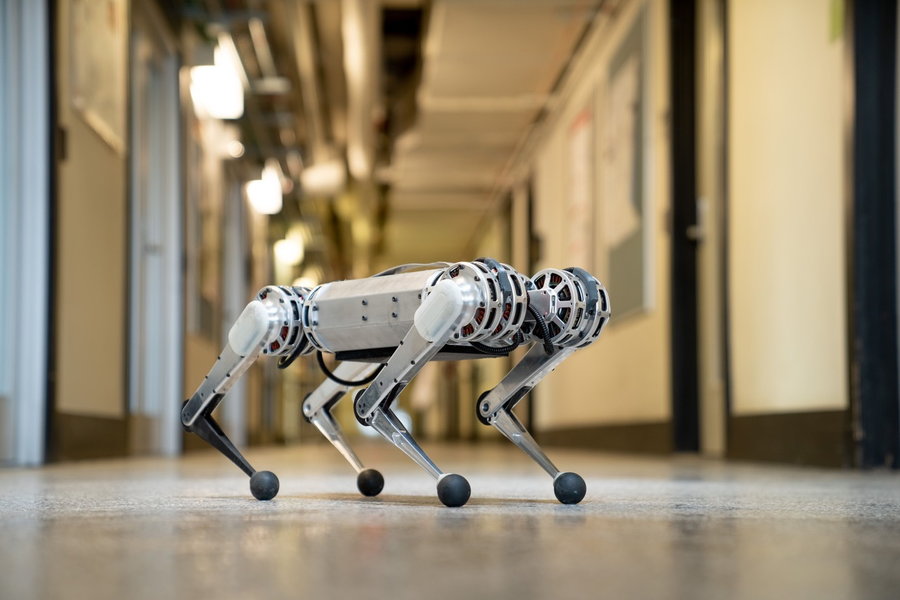 The robot’s self-led evolution is part of what makes it so fascinating. It isn’t improving its speed and dexterity thanks to new lines of code in its programming or some kind of robot bootcamp. It’s learning on its own by running through facilities full of obstacles that mimic conditions in the real world.

A lot of robot developers train their creations to navigate rough terrain by essentially running them at full capacity at all times, anticipating the most challenging obstacles like ice on a path. But that makes the robot inefficient, and keeps it from learning through experience. MIT puts the Mini Cheetah and other robots through physical agility courses, but they’ve also found a much faster way to get the results they want: through artificial intelligence. 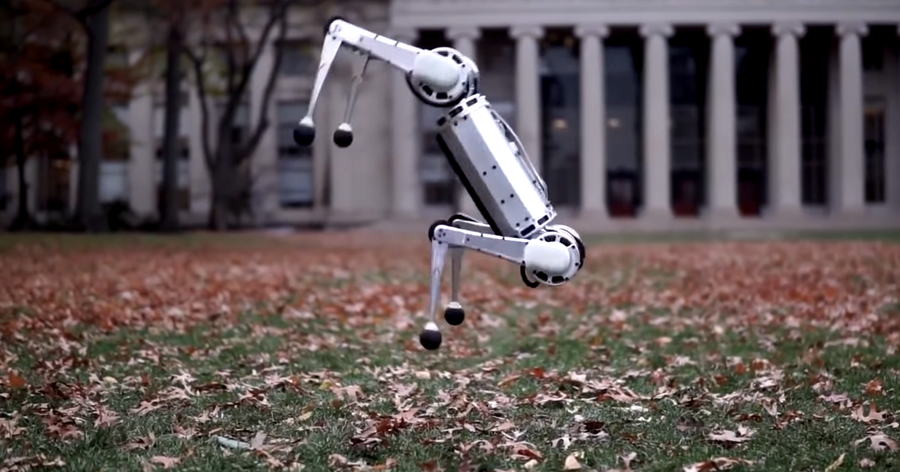 The Mini Cheetah robot project is led by researchers from the Institute of AI and Fundamental Interactions (IAIFI) and MIT’s Improbable AI Lab, which is part of the Computer Science and Artificial Intelligence Laboratory (CSAIL) directed by MIT Assistant Professor Pulkit Agrawal. MIT PhD student Gabriel Margolas and IAIFI postdoc Ge Yang explained the process in an interview with MIT.

“Programming how a robot should act in every possible situation is simply very hard,” Margolas and Yang explain. “The process is tedious, because if a robot were to fail on a particular terrain, a human engineer would need to identify the cause and failure and manually adapt the robot controller, and this process can require substantial human time. Learning by trial and error removes the need for a human to specify precisely how the robot should behave in every situation. This would work if (1) the robot can experience an extremely wide range of terrains; and (2) the robot can automatically improve its behavior with experience.” 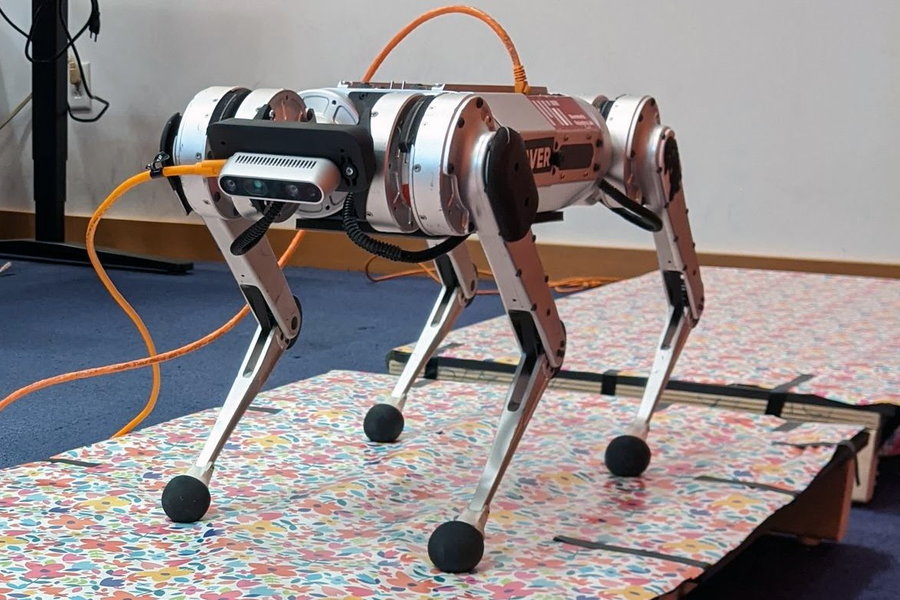 “Thanks to modern simulation tools, our robot can accumulate 100 days worth of experience on diverse terrains in just three hours of actual time. We developed an approach by which the robot’s behavior improves from simulated experience, and our approach critically also enables the successful deployment of those learned behaviors in the real world.”

The Mini Cheetah features a mechanically robust design that lets it survive accidents and high-impact falls. It’s powered by high-torque actuators that allow for omnidirectional movement with different gaits depending on the terrain: trotting, pacing, bounding, and something called “pronking,” a behavior seen in animals like gazelles that involves springing into the air and lifting all four feet off the ground simultaneously.

This is what allows the Mini Cheetah to do a 360-degree backflip, which it was able to do before it could even walk. The cheetah has also learned how to turn at high speeds and run with a disabled leg. To understand just how agile the Mini Cheetah really is, you have to see it in action. Check out this video from MIT CSAIL showing the robot’s latest evolution.