Open one of the doors to this woodland retreat, and you’ll trigger an optical illusion that seems to fragment the very landscape around you, as if portals to unknown destinations were being created all throughout the mysterious woods. The facade of this simple gabled house reflects and multiplies the trees among which it’s set, always keeping the focus on nature instead of the humans who have invaded it to build a nest of their own. “Los Terrenos,” designed by the Mexico City-based architect Tatiana Bilbao, occupies a small share of a larger family plot, and its main volume is entirely covered in mirrors. 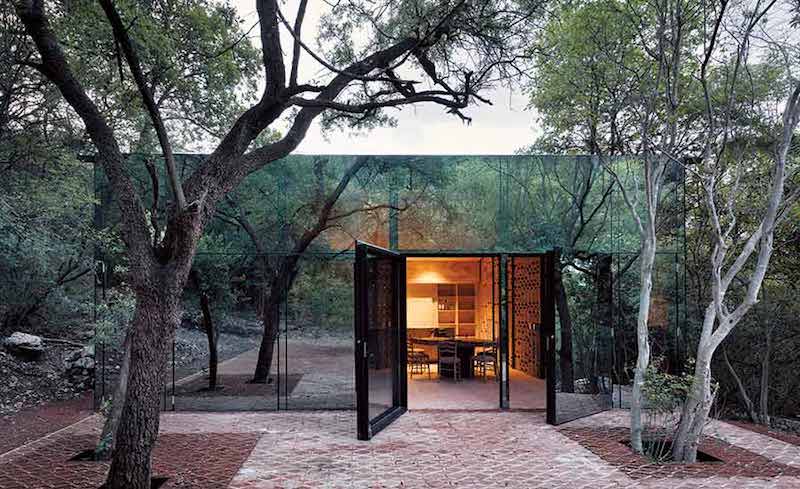 This plot is notable in its own right. The client’s parents purchased it and subdivided it into 60 lots for their descendants to share, so long as they abided by one stipulation: they would have to hire professional architects to design the houses that would be built there. With structures by Tadao Ando, Ricardo Legorreta, and Alberto Kalach already completed on the land, it’s safe to say that they’ve exceeded the expectations of that legacy. Bilbao herself is so in demand with the family that “Los Terrenos” (The Terrains) is the second house she’s built for them. 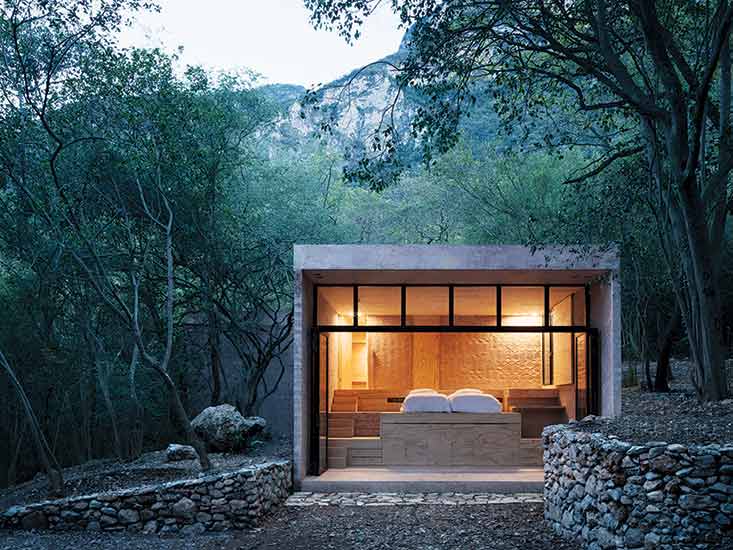 The mirrored section of the house is actually just one of the construction’s three total volumes. It contains an open living, dining, and kitchen space, while an adjacent L-shaped building made of clay brick and rammed earth contains the bedrooms and bathrooms. A third (as of yet unbuilt) wooden volume will be raised above the others for views of the forest’s canopies. Sensing a theme here? The materials echo aspects of the forest itself, including the soil, the trunks of trees, and the leaves fluttering in the wind. 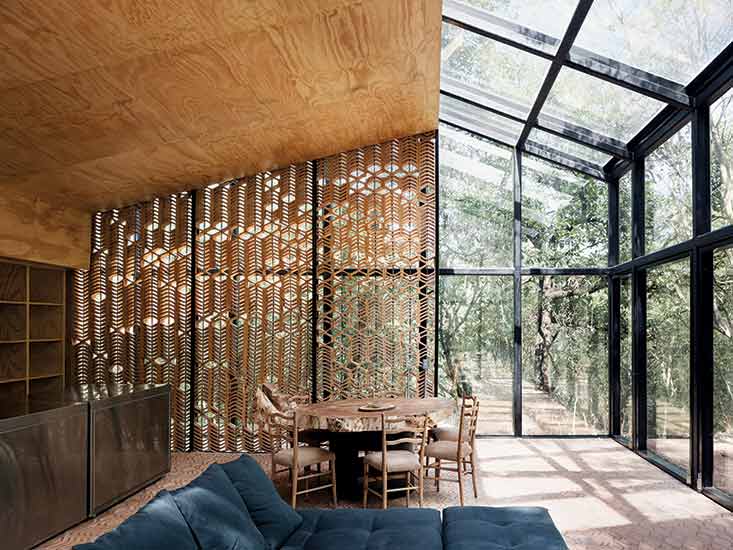 Once inside, the home’s mirrors become entirely transparent, providing uninterrupted views of the surrounding woods. Plywood partitions and open chevron-shaped brickwork provide shade and help create a sense of privacy and enclosure within. In the earthen volume, the beds have been raised up on wooden platforms. The bricks’ warmth and coziness lend a sense of safety and solidity to this space. 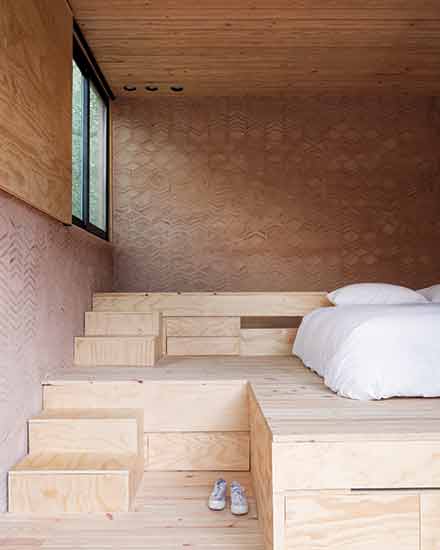 The project represents a bit of an experiment for Bilbao, who typically uses just one material for each of her buildings due to stricter budgets. Of course, all of her work still fits within the overall aim of her practice, which is adaptability. She doesn’t have a particular style that she imposes upon her portfolio and instead chooses to respond to her clients’ individual needs. Bilbao insists on working with clients instead of for them, requiring them to show up for meetings every week and take an active part in their home’s design. “Every building is different for us,” she says. “We try to think on a human scale.”

“This house seeks to reevaluate the concept of living in nature. It poses that through the separation of a typical house program new dynamics of privacy, public gatherings, and harmony with the surrounding landscape can be achieved,” Bilbao’s firm explained in a piece published by Architectural Record. 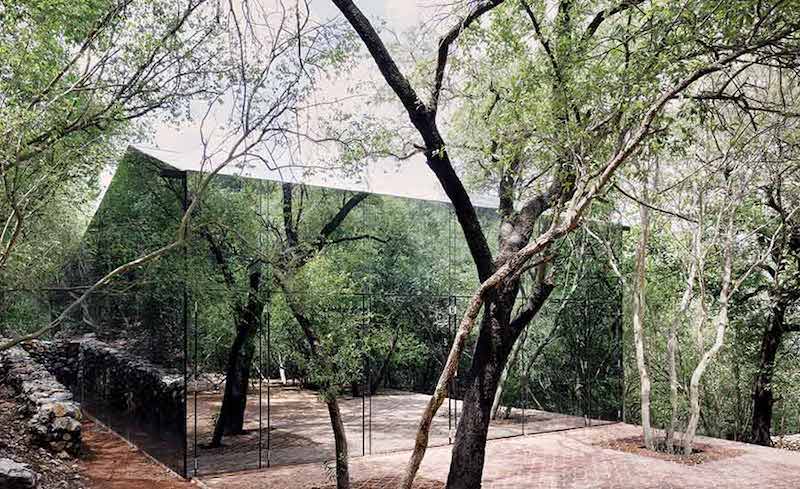 “What about the birds?,” many will question upon seeing these photos. The answer to that inquiry isn’t addressed by the architect, but we’d like to think that some kind of consideration has been taken to make sure they aren’t accidental casualties of the design.

All images by London-based editorial and architectural photographer Rory Gardiner