What does the word “burrow” mean to you? Most of us likely think of rabbits and other small, gentle mammals building their little nests underground, creating safe places for their babies. For Spanish architects DeLaVegaCanolasso, it connotes “the house as a lair, a hideout, a shelter.” When they gave this name to a recent home they created outside Madrid, they envisioned a place that offered refuge while maintaining a connection to nature. 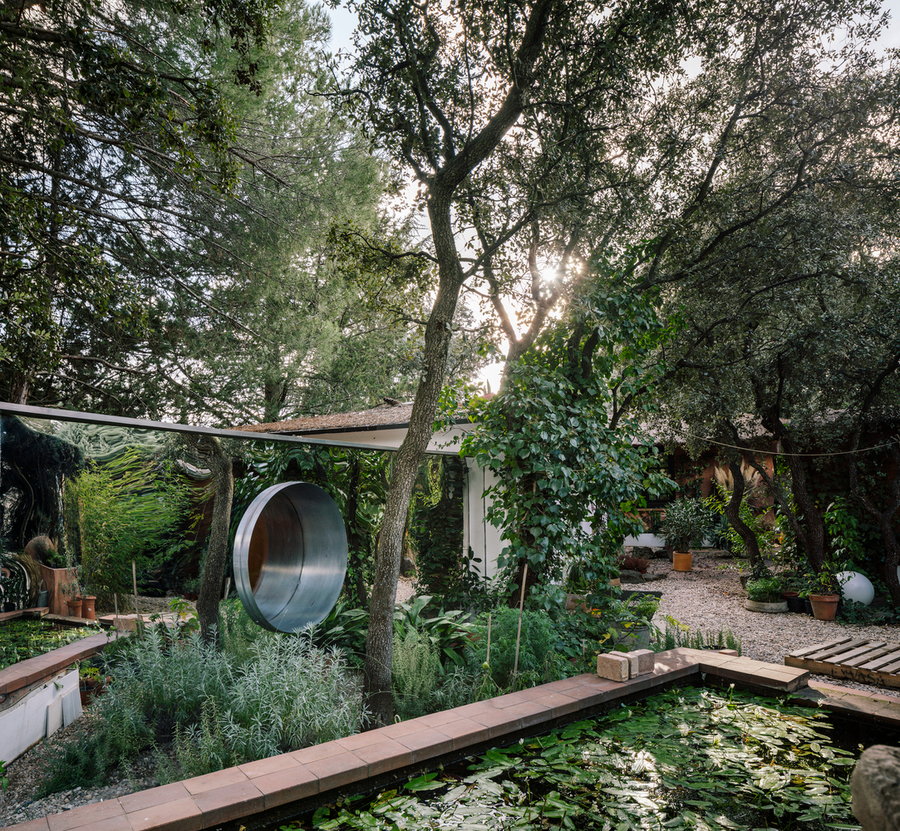 “La Madriguera (The Burrow)” is a renovation of an old wooden hut previously used as a painting studio, with the addition of an unusual new volume. Tucked between the mature trees of a heavily wooded lot, the hut looks like the cottage of a wizened hermit. Subterranean animal burrows may be dark and enclosed, but when you step inside this space, you’ll be greeted with nothing but light.

The hut, which now contains the kitchen, dining room, lounge, and studio, is lined with bright white surfaces and pierced by generously sized skylights, filling all the rooms with natural light. Custom designed furniture like bench-style sofas and desks and built-in niches and shelves line the walls, making the most of the modest square footage and allowing the space to feel larger and more open.

But it’s the home’s addition that really shines — literally. Consisting of a prefabricated steel structure featuring recycled OSB panels, cork, and recycled cotton insulation, the volume containing the bedrooms is totally mirrored on the outside, making it practically disappear into the garden around it. One large porthole window gazes out at the tranquil pond, the only interruption in a reflection of profuse greenery. 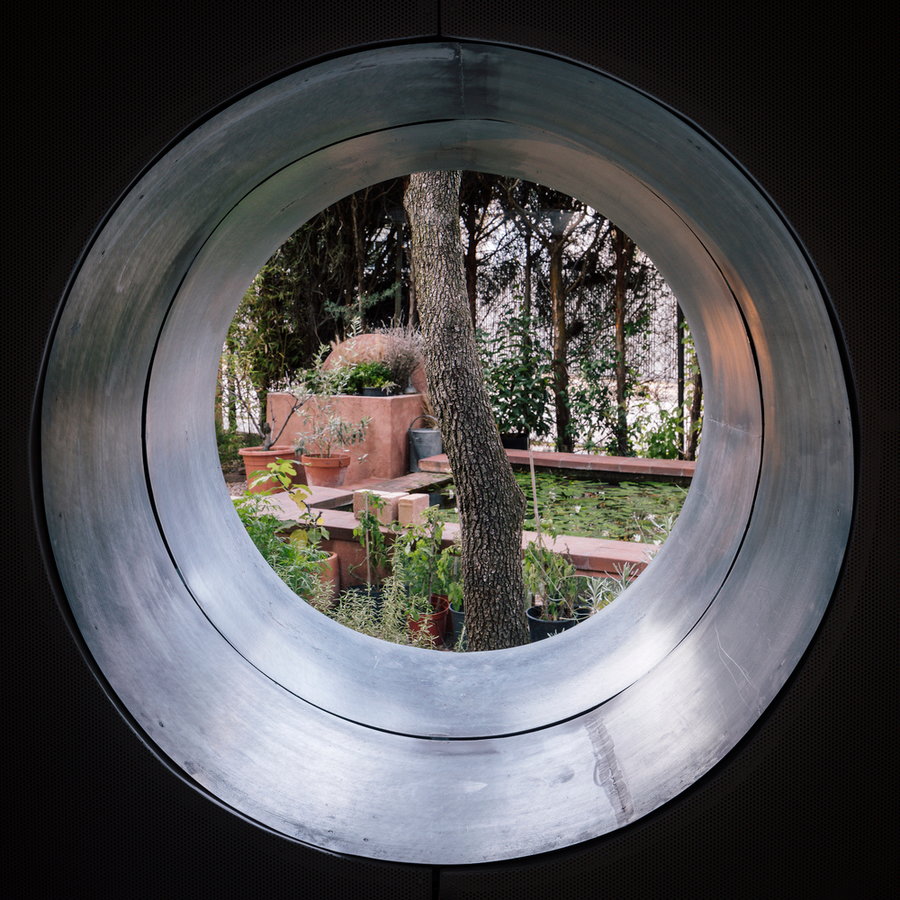 In their quest to unite the occupants of the home with nature, the architects could have gone with the ubiquitous floor-to-ceiling glass walls seen on just about every other contemporary home. Instead, they chose to connect the indoors and outdoors in glimpses, and camouflage the home much the way a rabbit hole can be hard to spot amidst the grass. 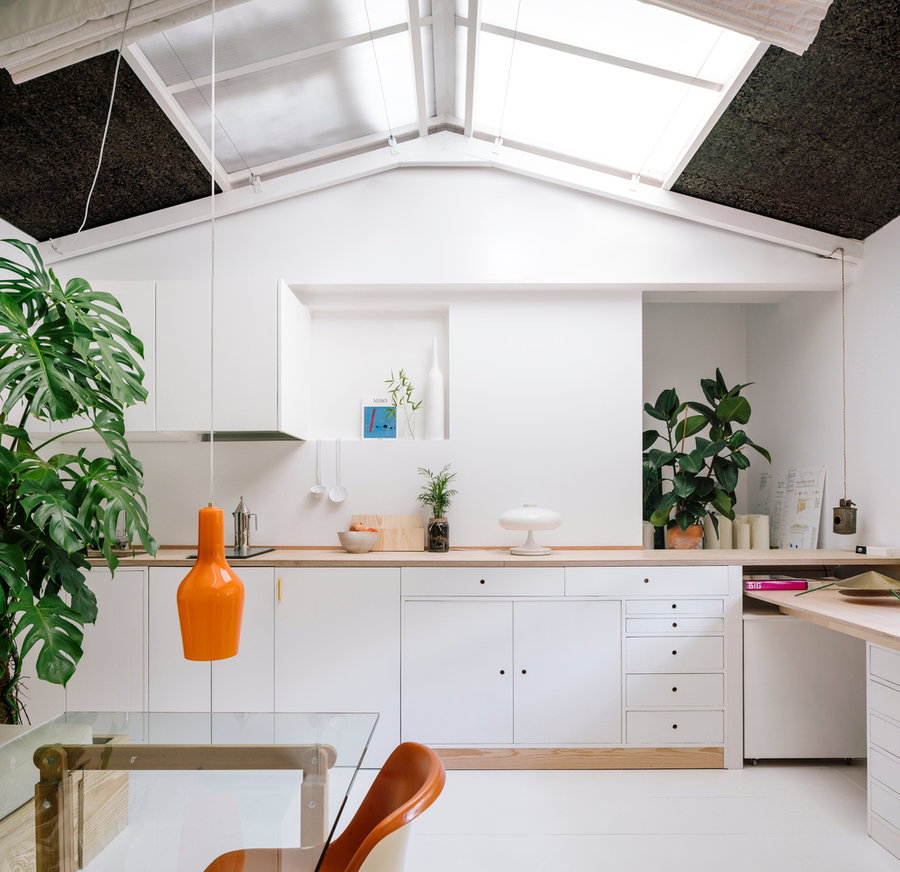 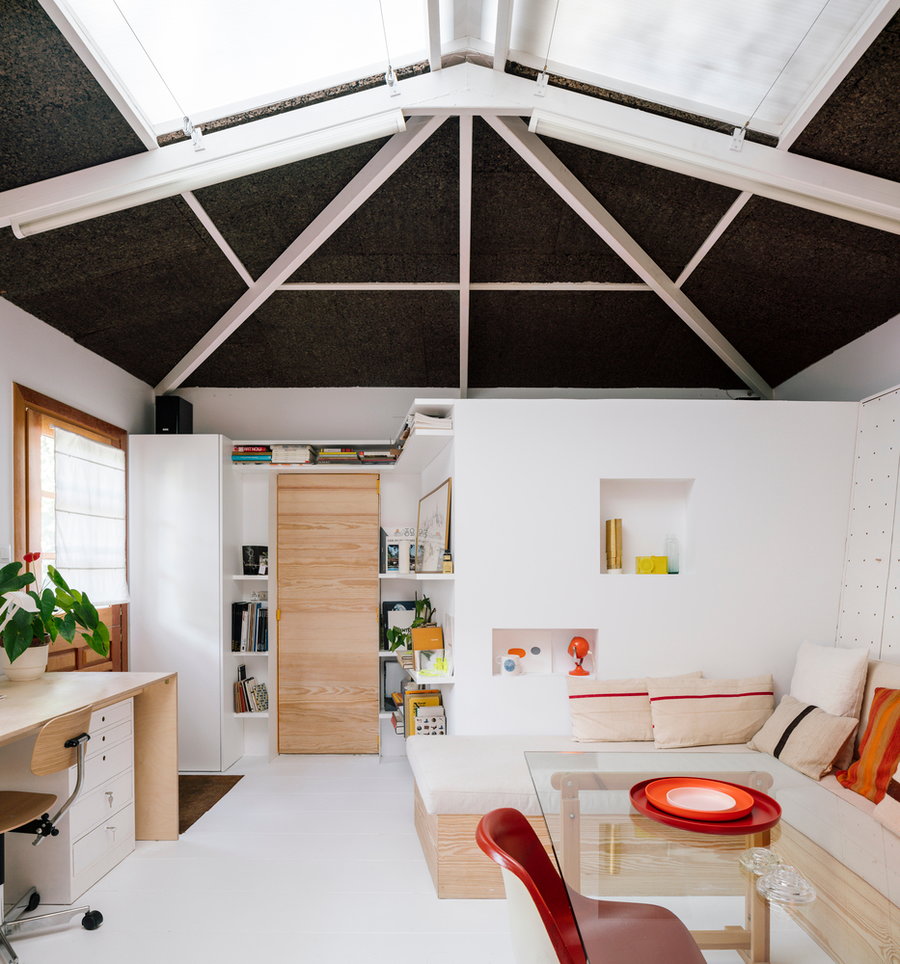 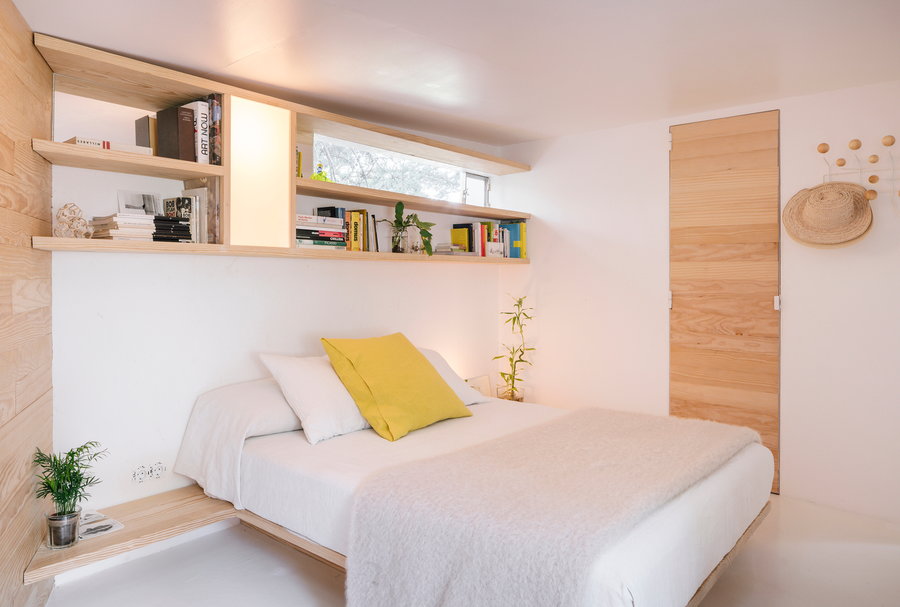 The firm adds that “the reflective element hosts the most private spaces of the house, the bedroom and toilet, with controlled openings on it, allowing effective lighting and ventilation while avoiding the direct views from the outside. Introverted and cozy, [it perfectly captures] the burrow’s essence. The oculus [and] window frames are fully made in brushed galvanized steel, which reflects and blurs the incoming light. On the roof, two skylights of this same material are opened to the sky, bathing the space with [even more] light.”

Note the word “introverted” here. “The Burrow” continues the growing architectural trend of the “introverted house,” but in a very different way from the modern homes that look like fortresses from outside. For those inward-focused homes, the intention is to block out all potential intrusions into the privacy of the home, even just from the casual glances of people passing by, disguising a hidden sanctuary for the exclusive view and use of the residents. 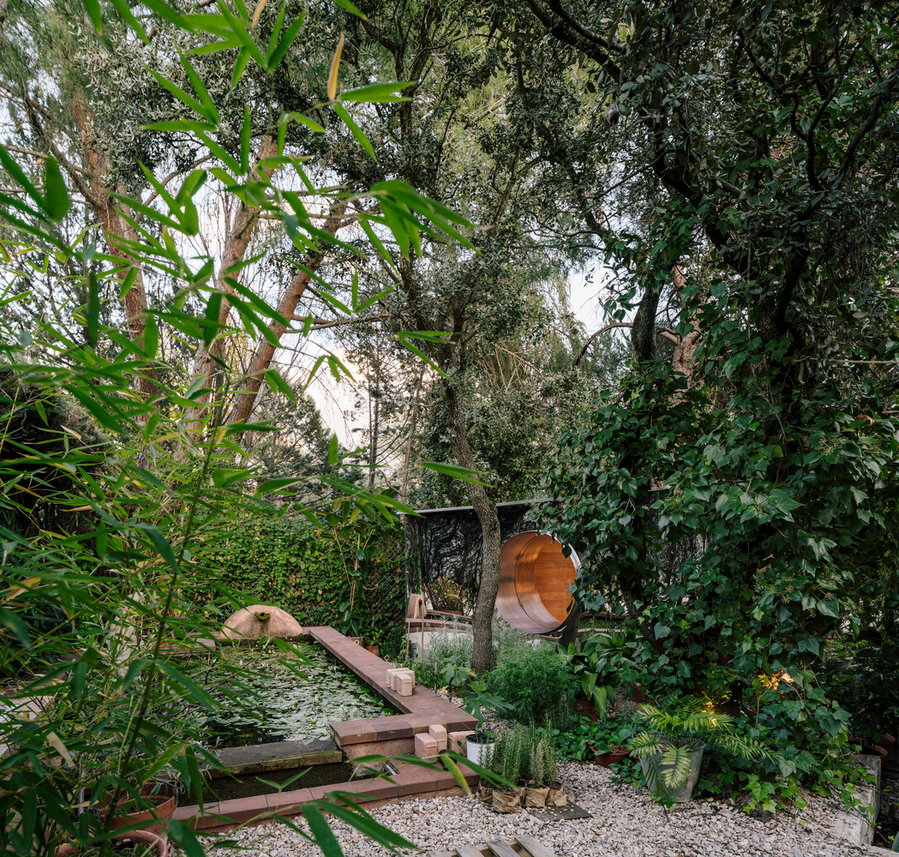 Those types of homes might be more closely associated with the word “lair,” another descriptive word used by the architects, in the sense of villainous activity. But there’s something sweet and simple about investigating its other meaning instead, as that of a natural home to animals. “The Burrow” feels cozy and secure tucked within its forested setting, focused on the comfort of the people inside. It’s introverted, but in a way that suggests that if you happened upon it in the woods like something out of a fairytale, the inhabitants would probably invite you in for a cup of tea.