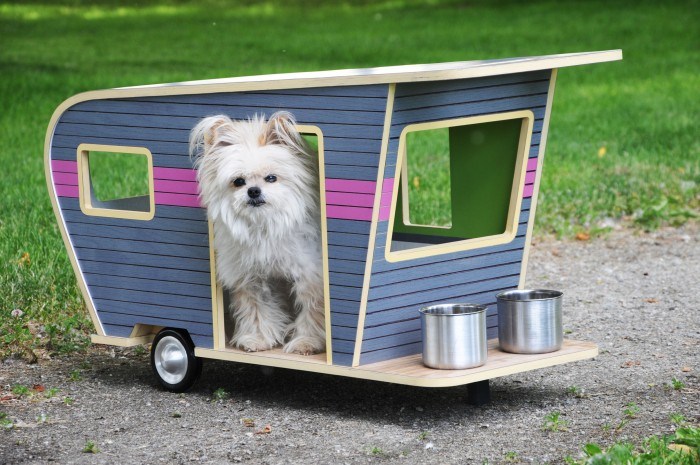 Camper aficionados who have full-sized mobile lodgings of their own can now have a matching miniature version made just for their pets. Designer Judson Beaumont of Straight Line Designs, who typically makes surrealist anthropomorphic furniture, got the idea when his daughter asked him to build a doghouse for their puppy. 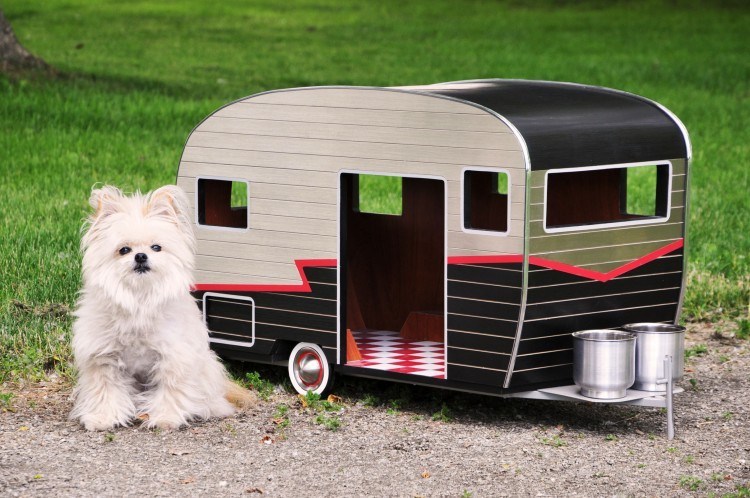 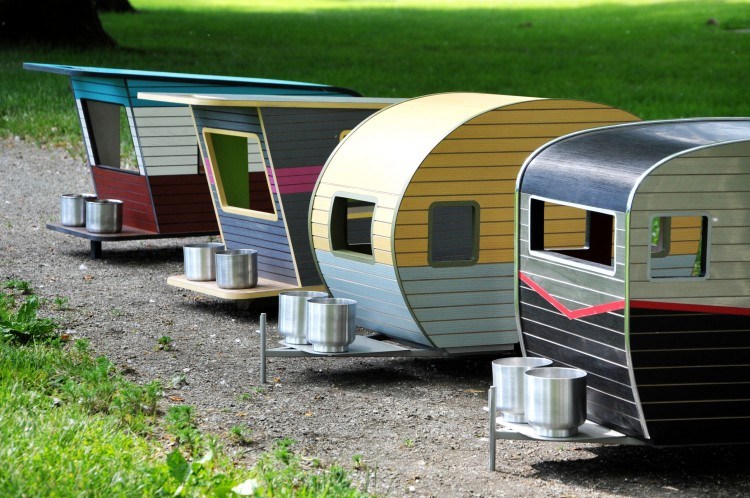 The Pet Camper is available in four different versions, or you can order a custom version in any materials, size, color and style that you like. They’re made to be used indoors as a kennel or for brief periods outdoors as a place for pets to get out of the sun.

The designer also made an Airstream-inspired dog house trailer for a modernist look, if that’s your preference. It’s not really made of metal, though, so don’t worry about your pup overheating inside. 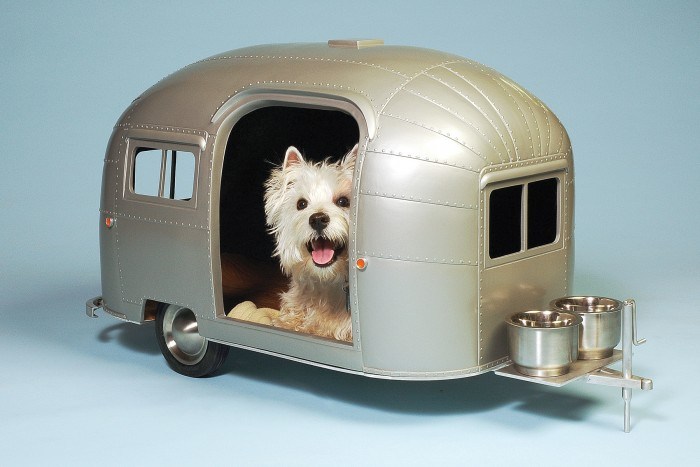 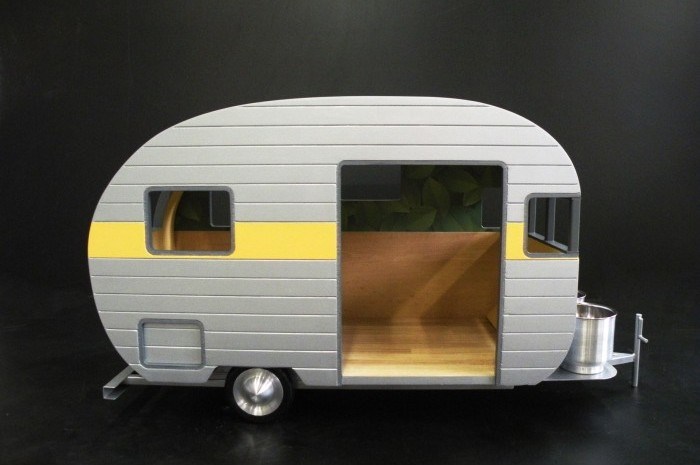 The trailers are made for small dogs weighing under 20 pounds, though larger models suitable for bigger dogs may be on the way, and the trailers are appropriate for cats, too.

“Judson’s approach to design was primed by an instructor in art school who challenged Jud to do whatever he wanted for a sculpture project.  This turned his mind inside out: until then, Judson had believed that in order to design and build anything, you had to get a set of instructions from a book or a magazine. He had always assumed that someone else had to come up with the ideas and then he was supposed to build it that way.”

“I wonder if that instructor had any idea what kind of delightful insanity he was unleashing into the world?  A man who turns furniture into whimsical companions; creates artistic pieces that provoke laughter and astonishment;  designs rooms that are a child’s dream realm.  Judson’s joy is to take a crazy idea and make it happen – to make it possible.”