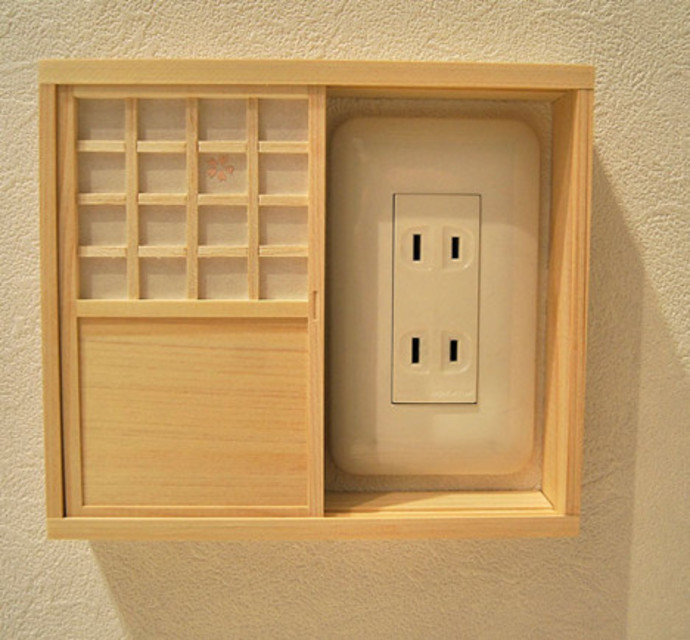 Tiny shoji screens mounted above the baseboards on the wall seem like they could lead to miniature residences, perhaps for mice. But what they’re really for is the clever disguise of power outlets. Designer Tori Sugimura crafts little wooden boxes that mount around an existing outlet, hiding it when it’s not in use. 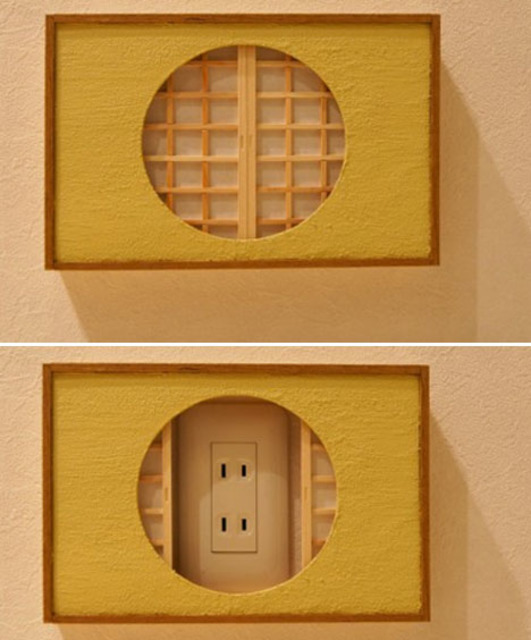 Using traditional woodworking methods on a miniature scale, Sugimura hand-cuts lap joints into tiny pieces of wood. The artist slices out tiny details that are only noticeable if you get on your hands and knees to take a closer look, like little moons and birds in the rice paper of the screens. 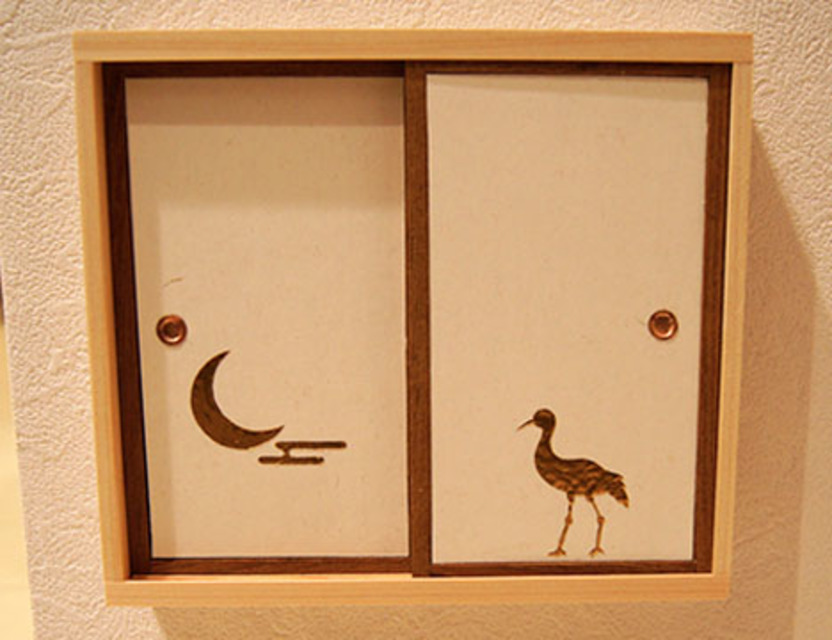 Others feature cut-outs of shapes in white paper, revealing the wood beneath, as well as tiny door handles.  The shoji screen design is available at Tori Craft (in Japanese.) 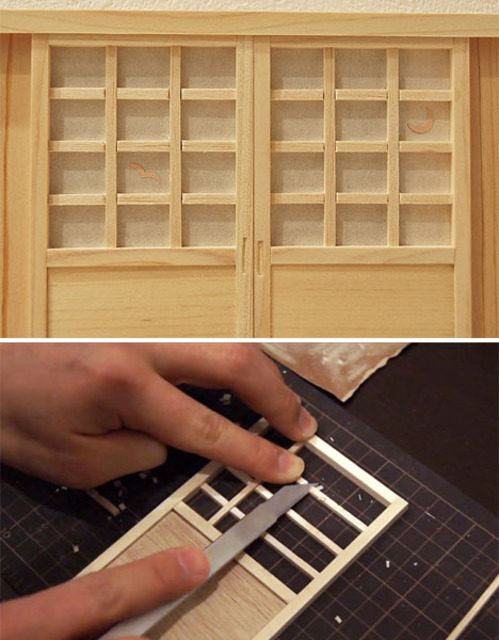 One could argue that the designs actually call more attention to the outlets than before. Do you prefer to hide your power outlets, or show them off? Some tactics attempt to employ the power of invisibility to minimize them, while others turn them into attention-catching design elements.

“Unsurprisingly for a Japanese craftsperson, Sugimura spends a ridiculous amount of time getting the details right. In the cheerfully-scored video below, you can see that he not only hand-cuts the tiny half-lap joints for the shoji crossmembers, but he even uses a miniature chisel to carve grooves into the rails and stiles that take the solid panels.”

The artist and photographer said he was first inspired to try his hand at his own strange little doors after seeing the above photo on Pinterest, which is uncredited.  It just goes to show that not all attempts to recreate something you see on Pinterest are bound to fail – some might end up just as cute as the original.