Miley Cyrus just made bank selling her five-bedroom Tennessee farmhouse for a whopping $14.5 million. The “Wrecking Ball” singer formerly known as Hannah Montana purchased the 33-acre estate in 2017 for $5.8 million, which means she earned a 150-percent profit in a mere five years. The sale is said to be one of the most expensive real estate deals in the Nashville area this year, second only to Reese Witherspoon’s recent purchase of an $18 million home in the city’s upscale Belle Meade neighborhood. The buyer, in Cyrus’ case, is apparently a Minneapolis native who owns 200 Dairy Queen franchise locations worldwide. 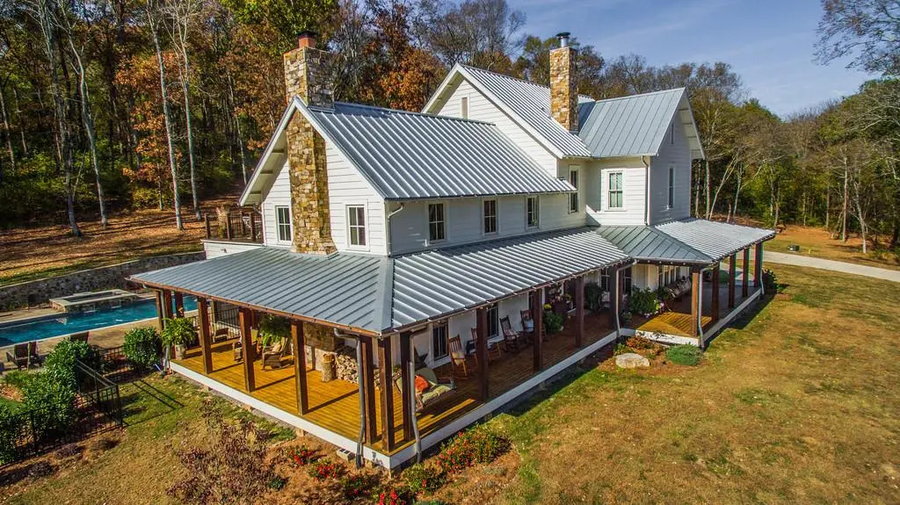 Located in the town of Franklin, about 20 miles south of Nashville, Cyrus’ former home is set in a secluded rural area at the end of a private dirt road. Five bedrooms might not sound like much for such an expensive home, but the eight-year-old farmhouse measures an extremely generous 6,689 square feet and includes four full bathrooms and two half bathrooms. A massive barn-sized 30-foot-long living room takes up much of that real estate, featuring a double-height wood beam ceiling, built-in bookshelves, and a huge stacked stone raised hearth fireplace. 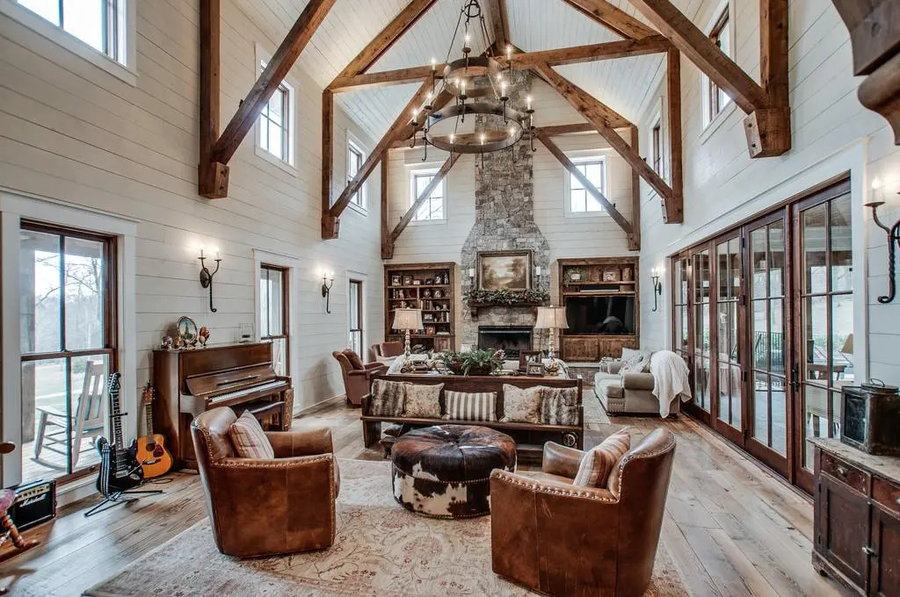 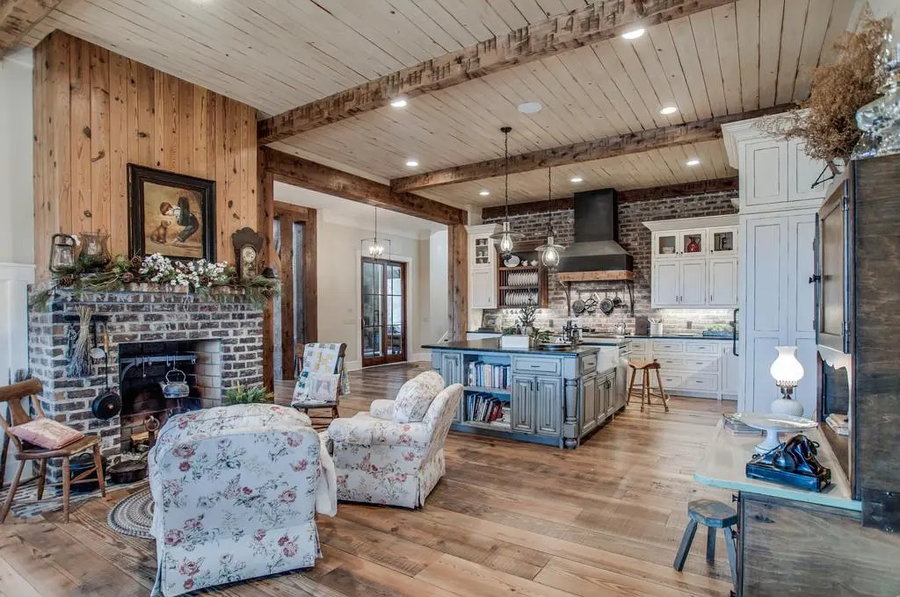 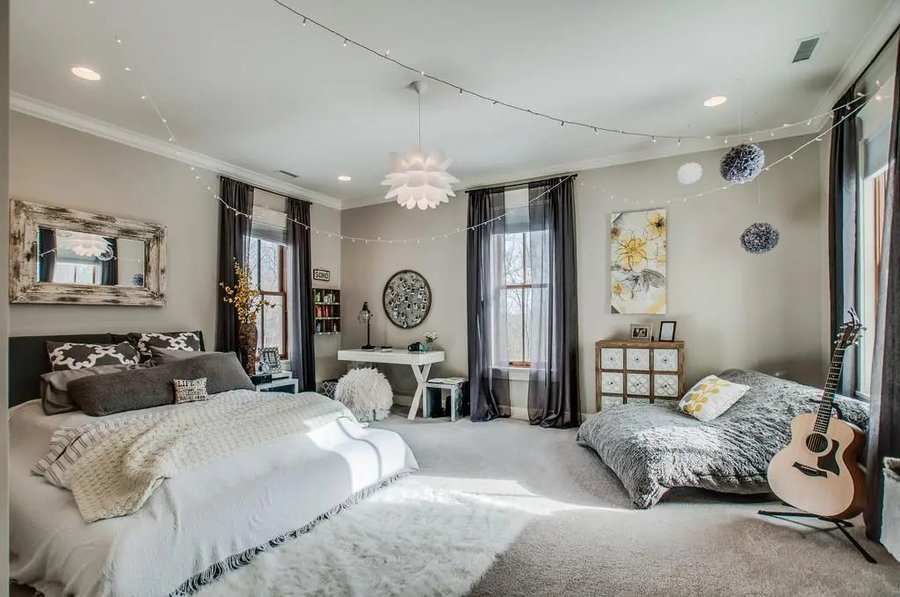 The style of the home is tailored to its Southern setting, with details like wide-plank rustic wood floors, shiplap interior wall paneling, tongue-and-groove wood ceilings, wainscoting, classic hexagonal bathroom tiles, and textural brick. A double-wide island with a snack bar takes center stage in the home’s country-style kitchen, complimented by two-tone cabinetry, a brick fireplace, and premium Wolf and Sub-Zero appliances. The main floor primary suite also boasts its own fireplace, and a clawfoot soaking tub tucked into a bright corner with views of the trees outside. 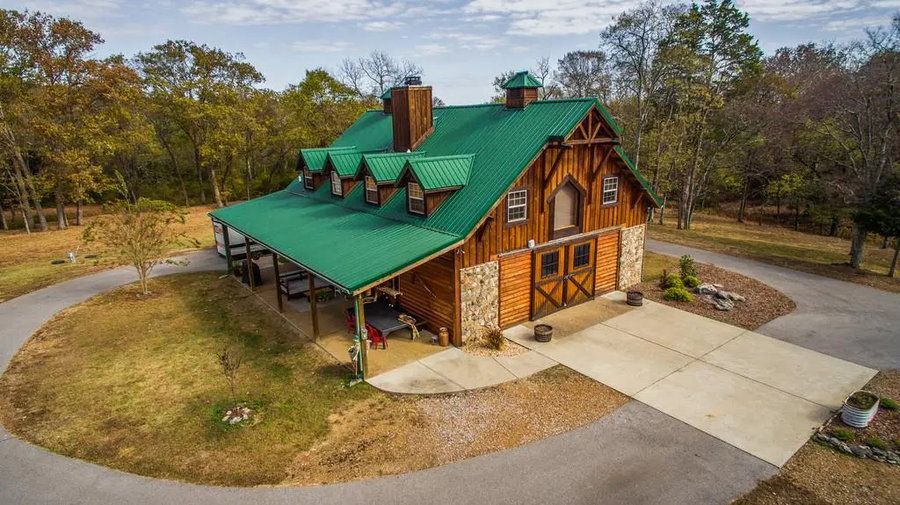 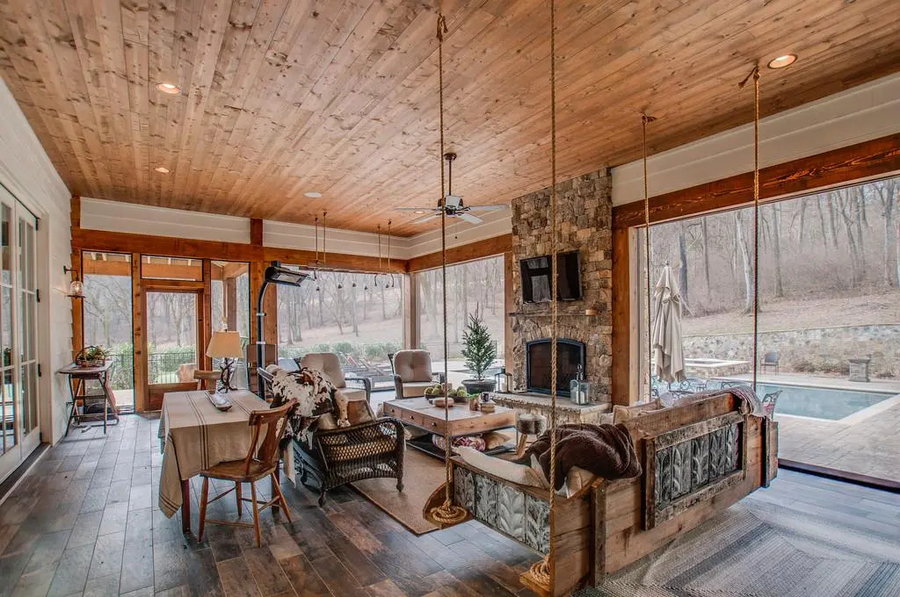 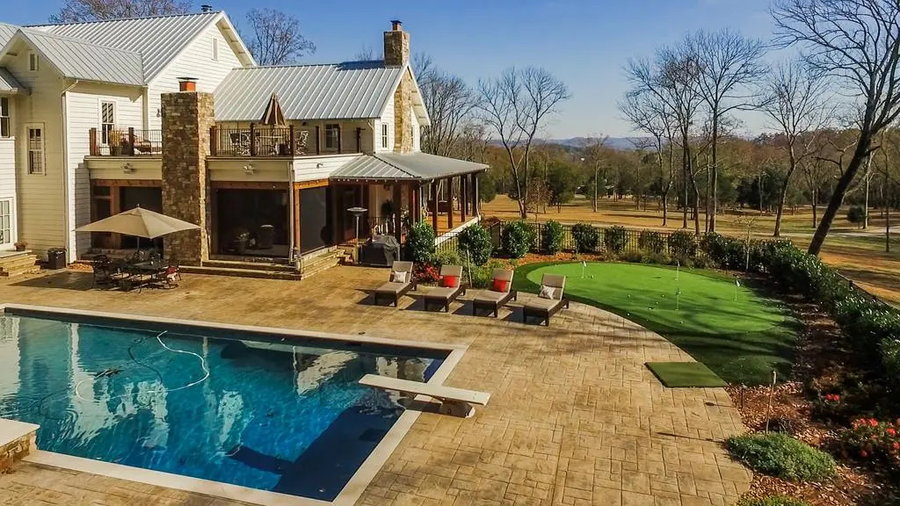 The other four bedrooms, a den, game room, and rooftop deck make up the rest of the home’s square footage. French doors in the living room open onto a palatial screened porch with yet another stacked stone fireplace, tile floors, and a swing suspended from the ceiling by ropes. This indoor/outdoor space leads out to an in-ground swimming pool and spa surrounded by a terrace and small putting green. A smaller, separate barn-style building could act as a guest house or recording studio. Best of all, the property enjoys lots of privacy thanks to its cul-de-sac location, and a buffer of forest on all sides. 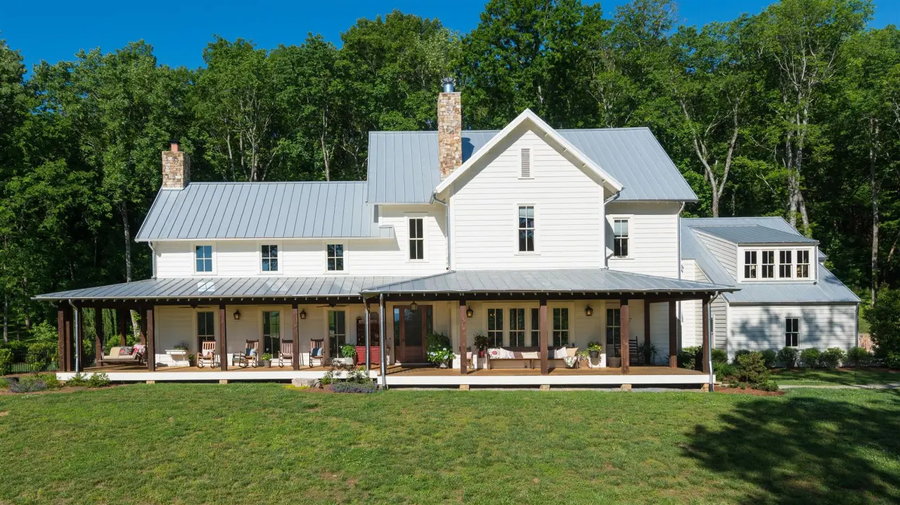 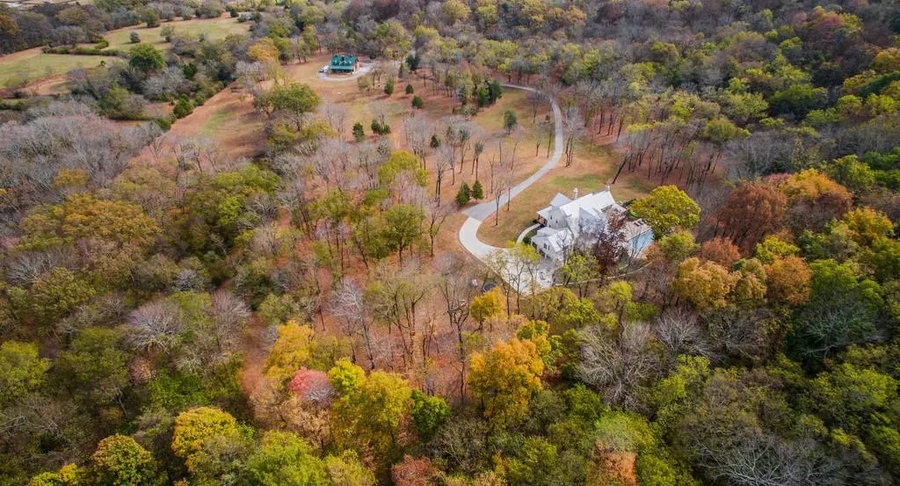 Since the home never went on the market this time around, no new photos are available, but we do have the listing photos from when Cyrus purchased it in 2017. It’s possible she made some renovations since then that have boosted the property’s value. The sale is just the latest real estate deal for Cyrus, whose estimated net worth is around $200 million. Last year, she sold her Hidden Hills home for $7.2 million (the same neighborhood multiple Kardashians and Jenners currently call home). In 2020, she sold her $1.7 million Malibu home to Matthew Wilder, and before that, she sold a Toluca Lake, Los Angeles mansion to Texas oil heir Nats Getty and his wife, YouTuber Gigi Gorgeous.