While music and design may not seem to go hand in hand at first glance, a giant mile-long xylophone certainly fits the bill for both. After all, it’s likely the only instrument on the planet that can make Bach resonate through the surrounding trees — a sound created using nothing more than wood planks and a ball. 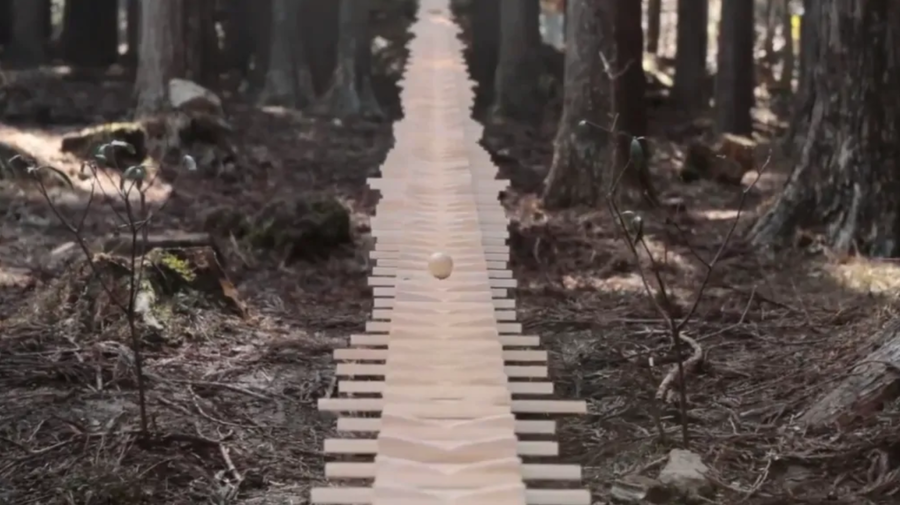 The enormous xylophone started out as a marketing idea. At the time of its inception in 2011, Morihiro Harano held the position of creative director at Drill, Inc, a Japanese advertising agency. The client was a telecom company called NTT DoCoMo who was preparing to launch the wood-encased Touch Wood SH-08C device, which was made using branches from overgrown trees in Japanese forests. To create excitement around the new device, Harano, along with carpenter and wood engineer Mitsuo Tsuda, sound engineer Kenjiro Matsuo, and a team of construction workers, put together the musical masterpiece. Not an easy feat by any design measure.

He explains that “the finish of the xylophone itself became an artwork, so we only put an effort into making the scene — the xylophone playing the music — as real as possible. It was a very hard project to realize, but the skills of Japanese craftsmen are just impressive. They not only made it more accurate than the blueprints, but also created a visually beautiful xylophone.” 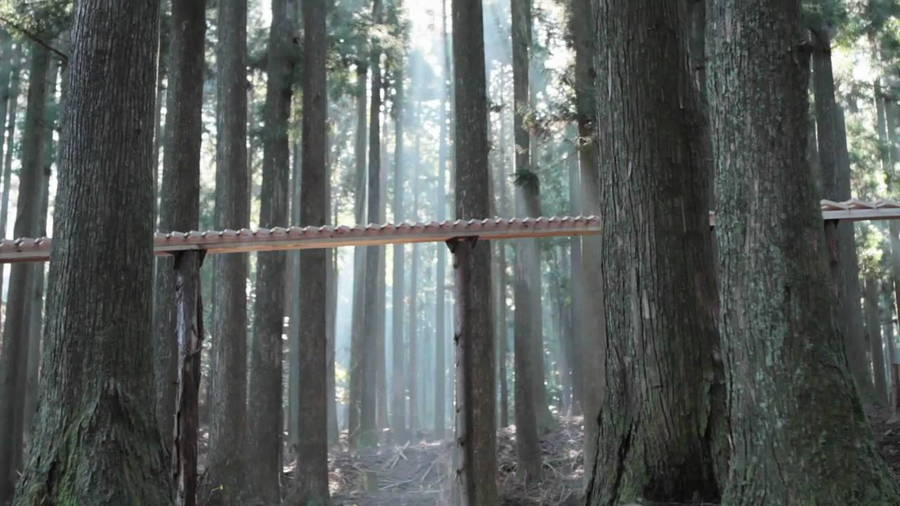 Using gravity from a slope located in the forest of the Daisetsu Mori-no garden in Japan, the xylophone was perched upon pillars with careful consideration for each angle. By adjusting each plank in the instrument, builders were able to control the speed of the ball, which rolls down its length to release the musical notes. But it’s more than just random music emanating from the carefully stacked blocks: it’s Johann Sebastian Bach’s Cantata 147, also known as ’”Jesu, Joy of Man’s Desiring’” or simply as “Joy.”

“At first, we were imagining more complicated and faster-paced music, like ‘Turkischer Marsch.’ However, due to the structure of the xylophone, we noticed that it was better to choose music that had the same length of notes, and so we decided to choose Bach’s ‘Cantata.’ We worried a little that the choice might be a little too literal, but looking back, it was a necessary choice to achieve the viewer’s empathy for the wooden sphere,” Harano adds. 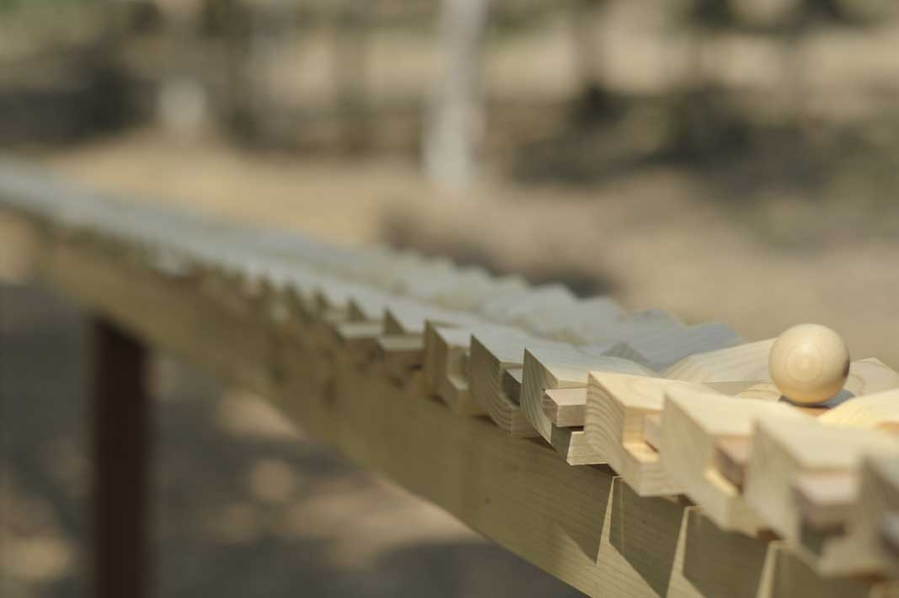 Music as diverse and complex as Bach is difficult to replicate, especially when relying on gravity, a ball, and some wood planks to match tempo. To ensure the ultimate coordination of timing, the ball is sent side to side down the runway, with longer and shorter boards creating pauses as needed. In one section, the ball even bumps a lever, releasing a second and third ball that create their own complimentary harmonics.

On March 11, 2011, following the installation and filming of the advertisement, a terrible earthquake and tsunami hit Japan. Due to this event, the client canceled the campaign, but the video continued to be shown and shared on social media platforms, eventually appearing on Japanese television, too.

Lucky for us all, the entire set-up was relocated to the Daisetsu Mori-no garden (located within the famous Hokkaido Garden) for all to enjoy. On a sunny day, music enthusiasts and architectural design students alike can pay to play by purchasing a ball from the visitor’s center.