One of the most recognizable statues in the world, Michelangelo’s “David,” will soon acquire a “digital twin” to represent Italian cultural and technological achievements at the world’s fair next year. 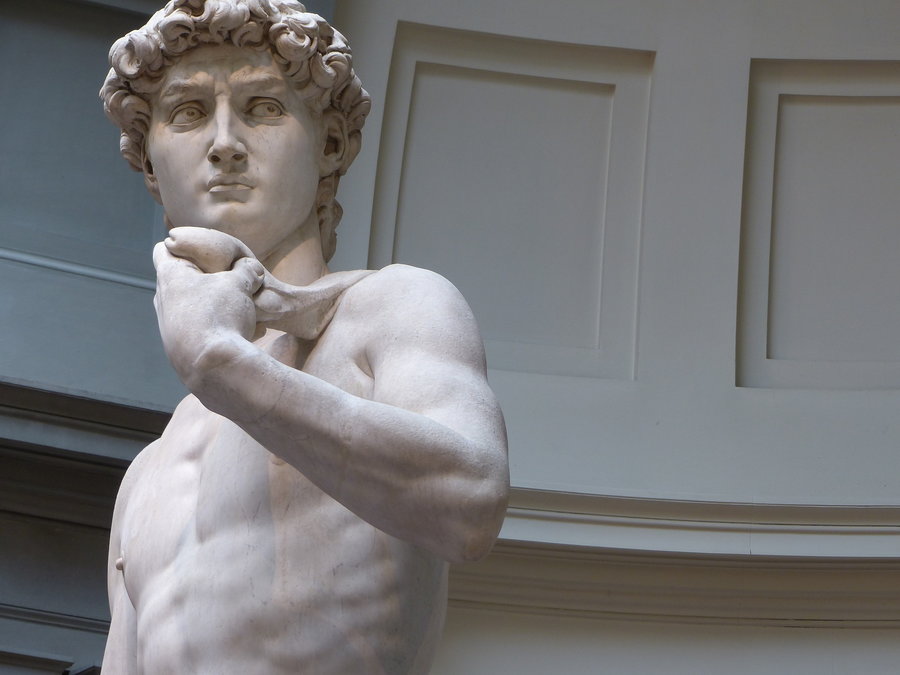 “As the Galleria dell’Accademia in Florence, we are happy to participate, under the aegis of the Italian Commissariat for Expo, in this innovative project, the first high-tech reproduction of Michelangelo’s David. The David will be the protagonist of the Italian Pavilion of the next Universal Exposition…[this] icon of beauty and perfection will represent not only Italian art, his figure will above all be the bearer of an important positive message of rebirth, hope, and courage,” says the Accademia’s director Cecilie Hollberg.

Over the course of the next 12 months, until the October opening of the postponed Expo 2020 Dubai, the construction of the David’s high-tech brother will begin with comprehensive data collection and digitization. The natural plastics, resins, and other “innovative materials” will then be milled before being filtered through the “largest 3D printer in the world.” After being both machine and hand-polished, the final step will be detail work, like painting the replica to imitate the original’s marble coloring. 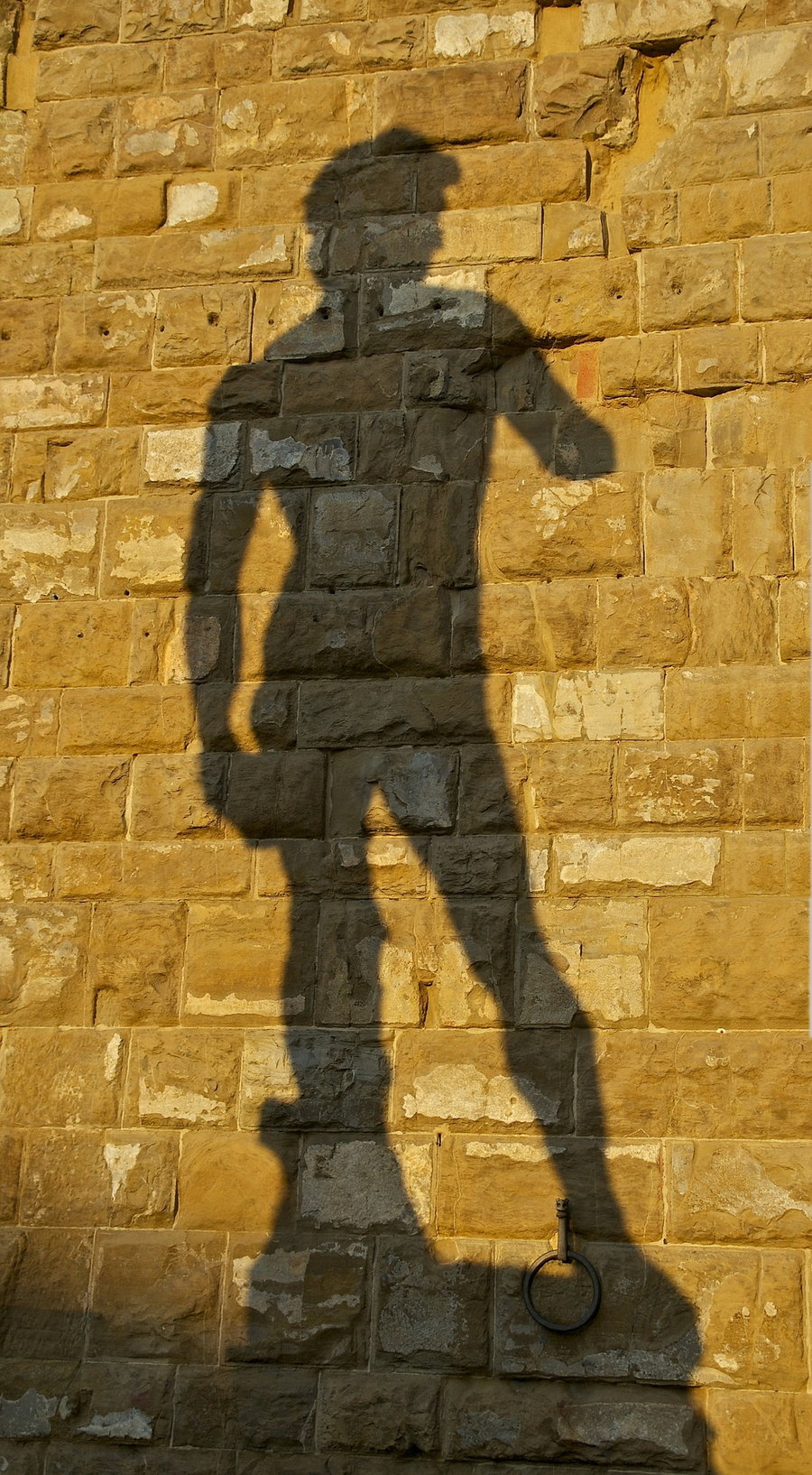 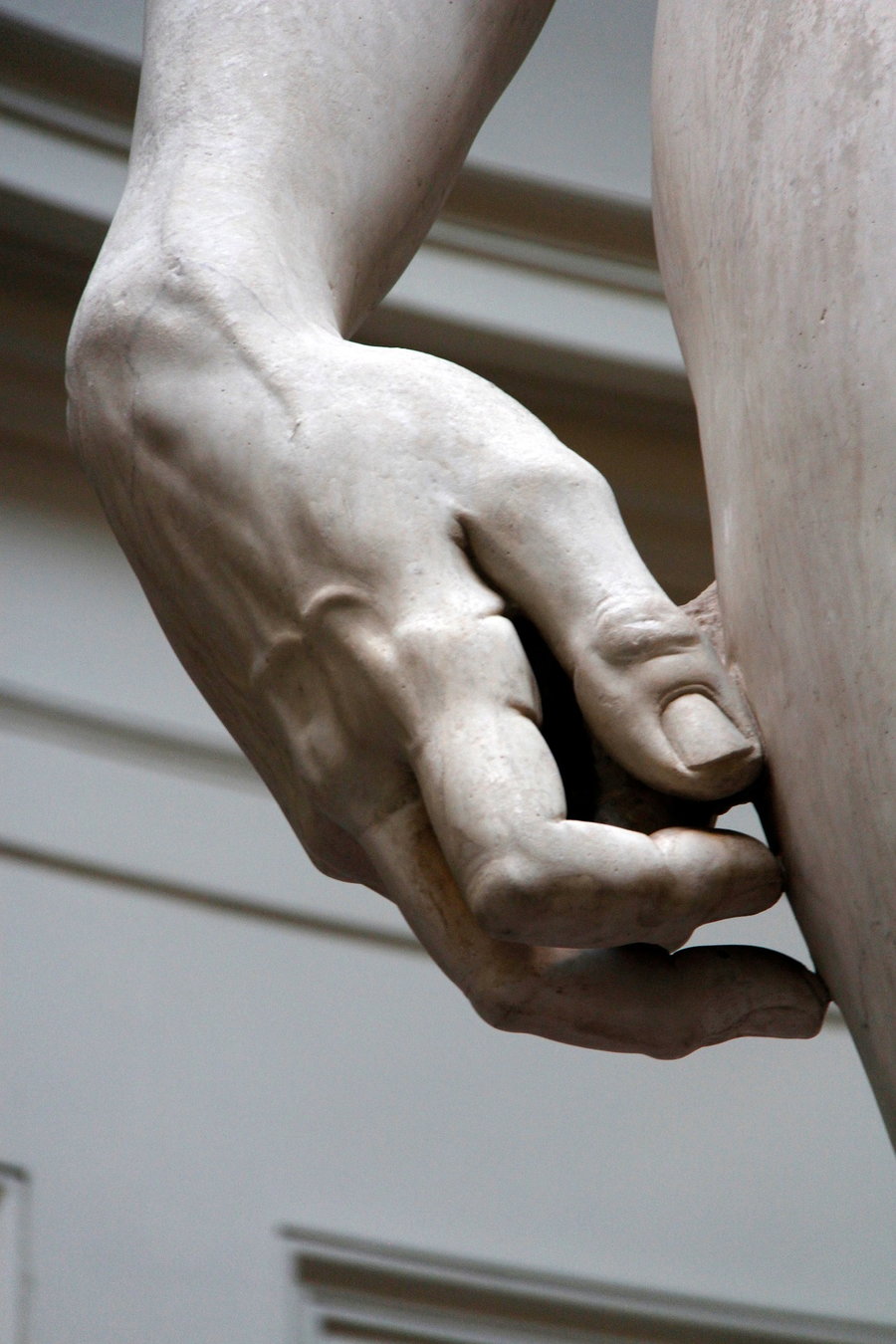 Digital David will be a collaboration between Italy’s preeminent engineers, computer scientists, artisans, curators, teachers, and restorers, all under the supervision of the University of Florence.

The 16th-century masterpiece is no stranger to being copied. Since its unveiling in 1504, Michelangelo’s treasure has been reproduced in countless forms and places. There are two full-scale facsimiles in Florence alone. A marble version is also located outside City Hall, the David’s original site (the real one currently resides safely out of the elements in the Galleria dell’Accademia). A bronze, now-patinaed model looks over the city at the Piazzale Michelangelo. The statue also has life-size likenesses in other places all over the world, including New York, California, Brazil, Uruguay, Korea, and Australia. According to the Wikipedia page about the David’s imitations, a plaster cast was even installed in London’s Victoria and Albert Museum in 1957 and included a “detachable fig leaf, used for added modesty during visits by [the Queen] and other important ladies.” 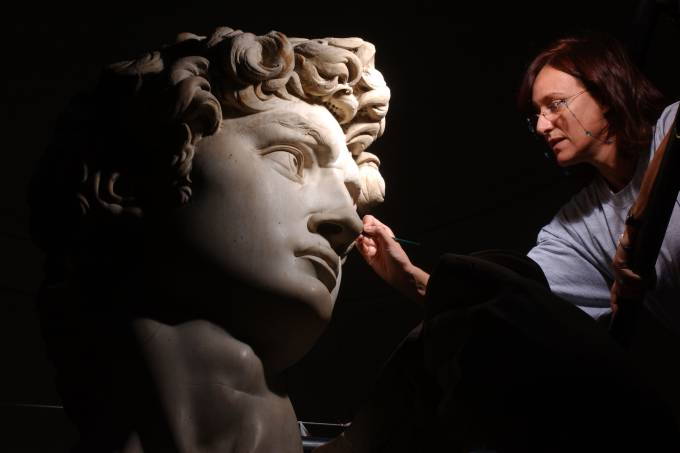 The newest edition is not even the first 3D-printed David. “At Stanford University they made a first digital [reduced-scale] copy about 20 years ago, but in the meantime the tools have changed and we wanted to try to transfer the knowledge applied so far only in the industrial sector, in the aeronautical and naval sectors,” explains Hollberg.

The result will hopefully showcase the progress Italy has made since Michelangelo first got his hands on that colossal block of Carrara marble. With native companies involved in all aspects of the venture, “the promotion of Italian scientific and technological expertise is part of the operation,” says Paolo Glisenti, commissioner general for the country’s Expo pavilion. “It’s technology tied to historical memory, for future memory. History and innovation — those are the themes that interest us.” 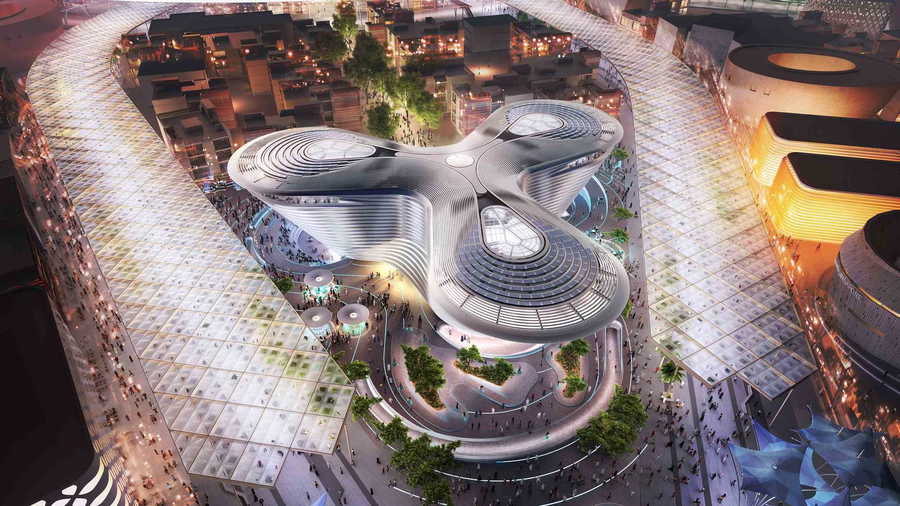 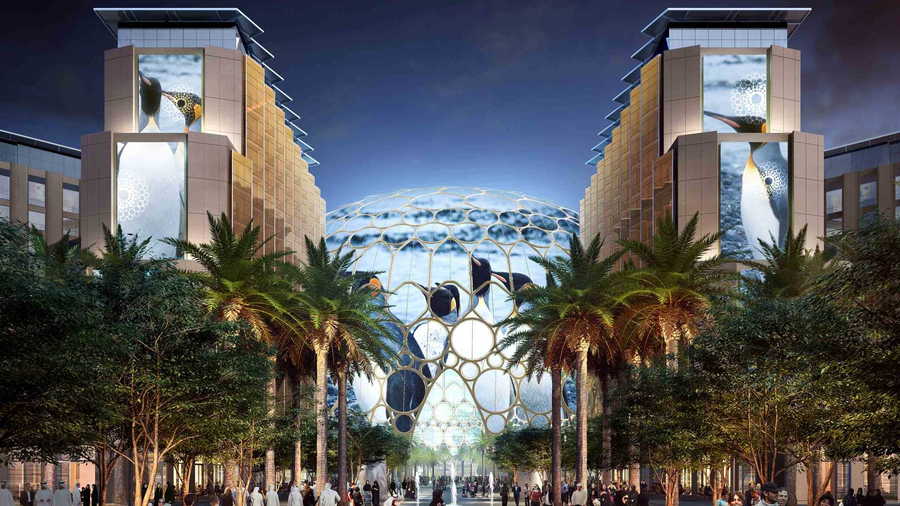 David 2.0 will be displayed centrally as the focal point of the multi-story Italian exhibition, enabling visitors to examine it from every angle. A video recounting the entire creation process will play nearby, providing a handy guidebook on how to replicate ancient artwork in the event of damage. 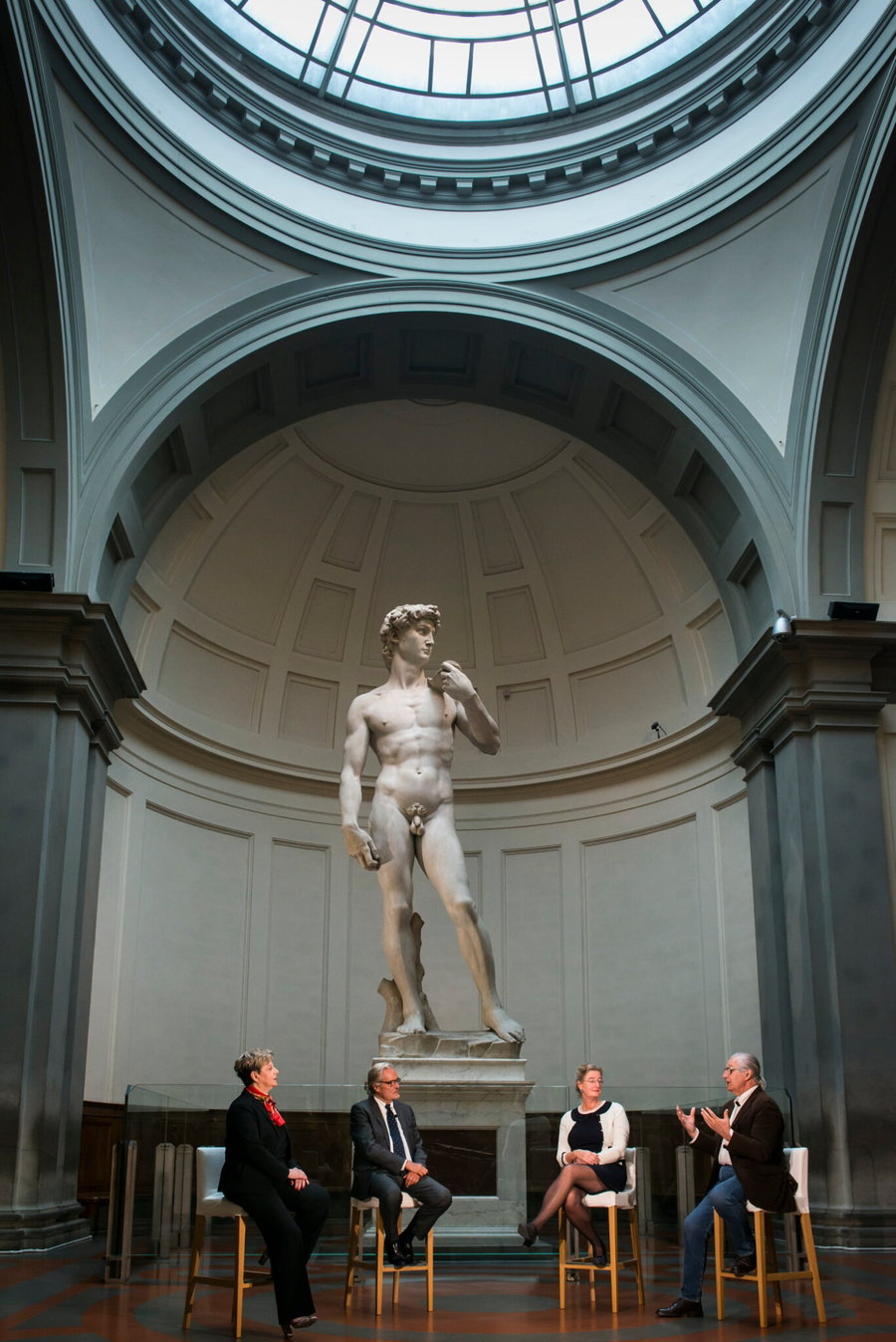 After the Expo closes in March 2022, the 3D twin will be returned to Florence, although its exact location has yet to be determined.