Best known for wild and wacky architecture that doubles as art, like an optical illusion shadow house and a rotating home powered by the breeze, Michael Jantzen certainly knows how to get the public’s attention. His work always makes a big statement, both as a visual spectacle and as a way to get people talking about sustainability. Jantzen’s latest concept, a series of five fascinating EV charging stations, aims to make the environmental friendliness of electric cars impossible to ignore. 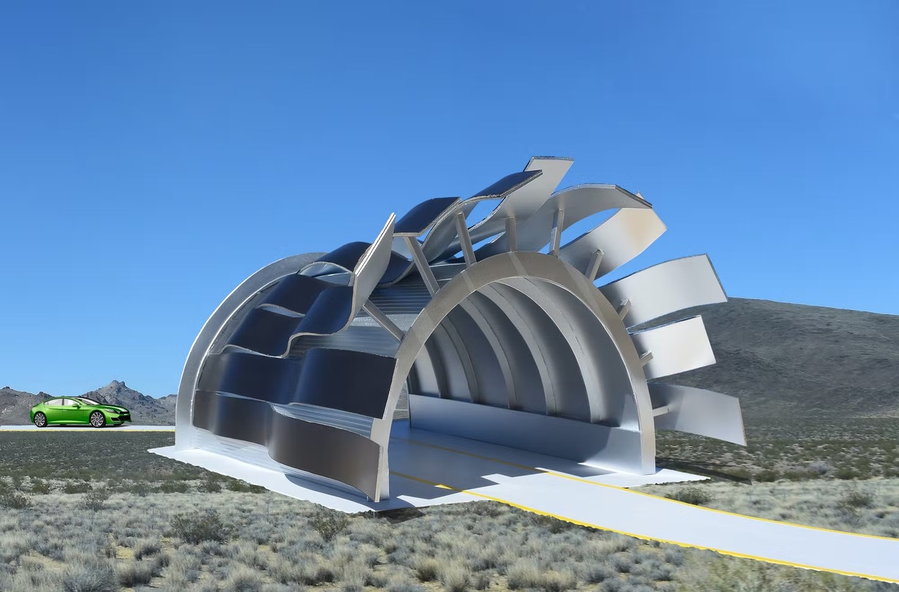 “Public Art Electric Vehicle Charging Stations” is a collection of proposals that merge art, architecture, and technology, giving people something fun to look at and interact with while they’re charging their electric vehicles. The project addresses one major anxiety of transitioning from fossil fuel-powered vehicles to EVs — a lack of charging stations. Jantzen believes that creating massive, bright, and oddly-shaped charging stations could draw attention to the need for sustainable options and reassure the public that such stations actually exist. 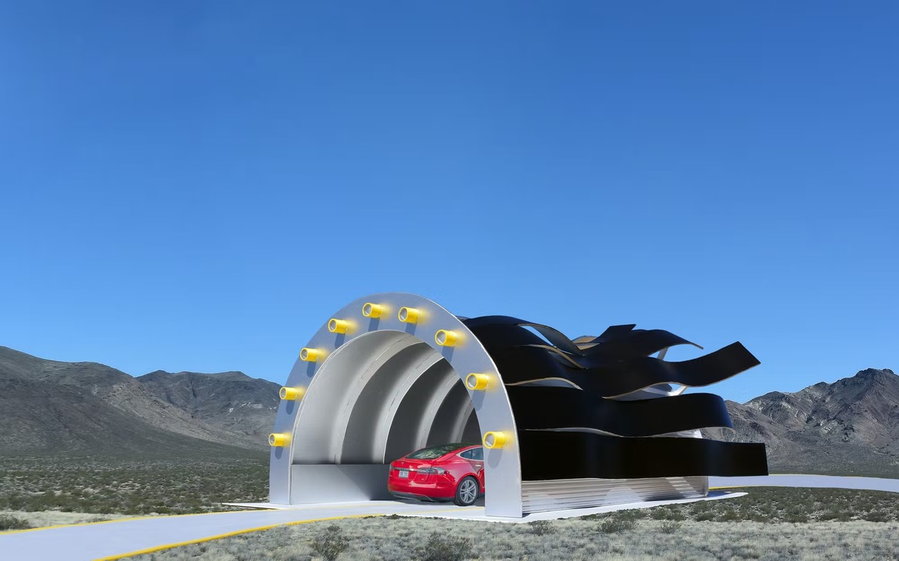 Perhaps even more importantly, these EV charging stations don’t rely on grid power. Electricity in most of the world is still supplied by fossil fuels like coal and oil, and EVs usually depend on that energy to charge. To get around that issue (which will only be solved by shifting power grids to renewable energy sources), Jantzen’s charging stations are all solar and/or wind-powered. 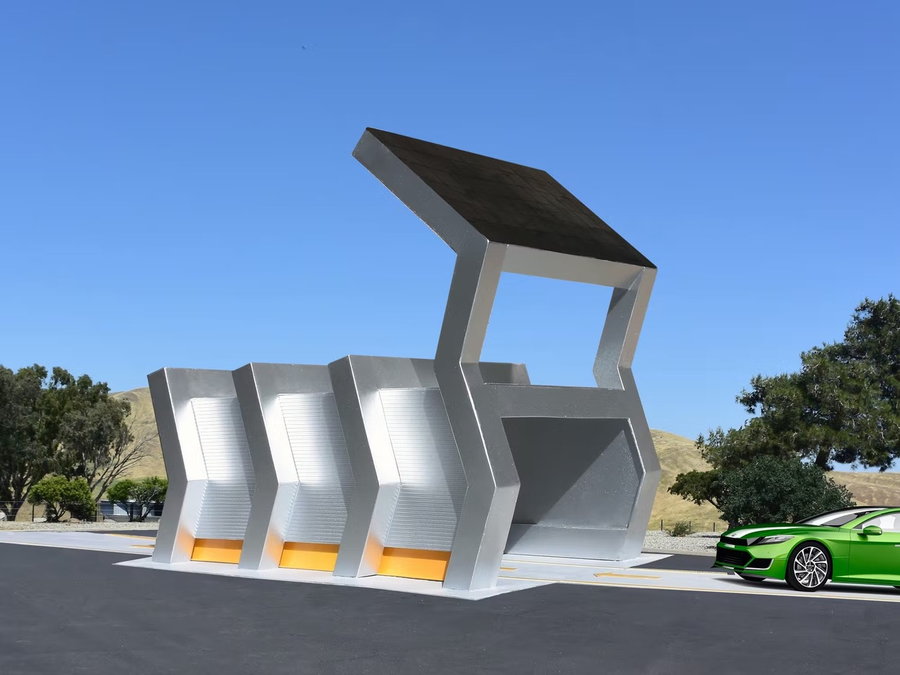 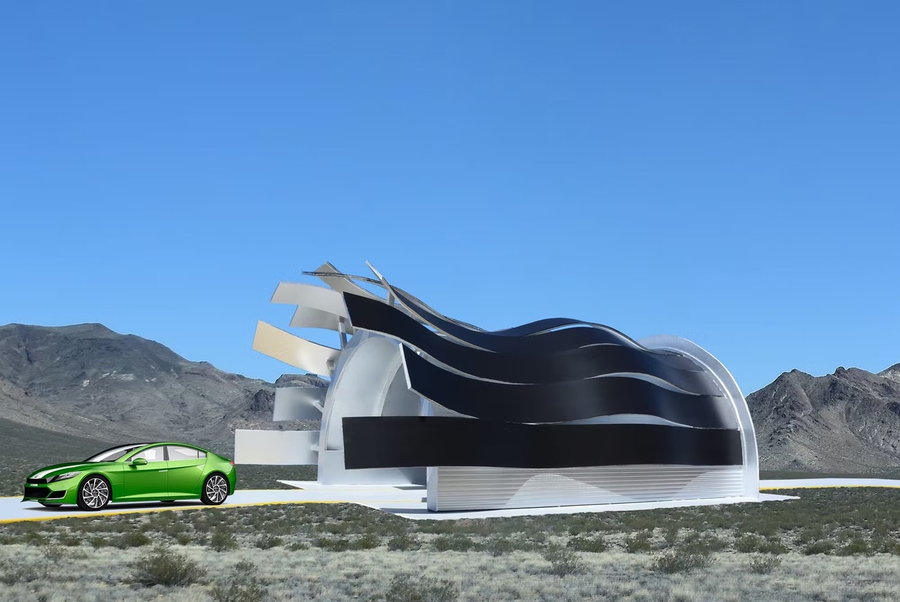 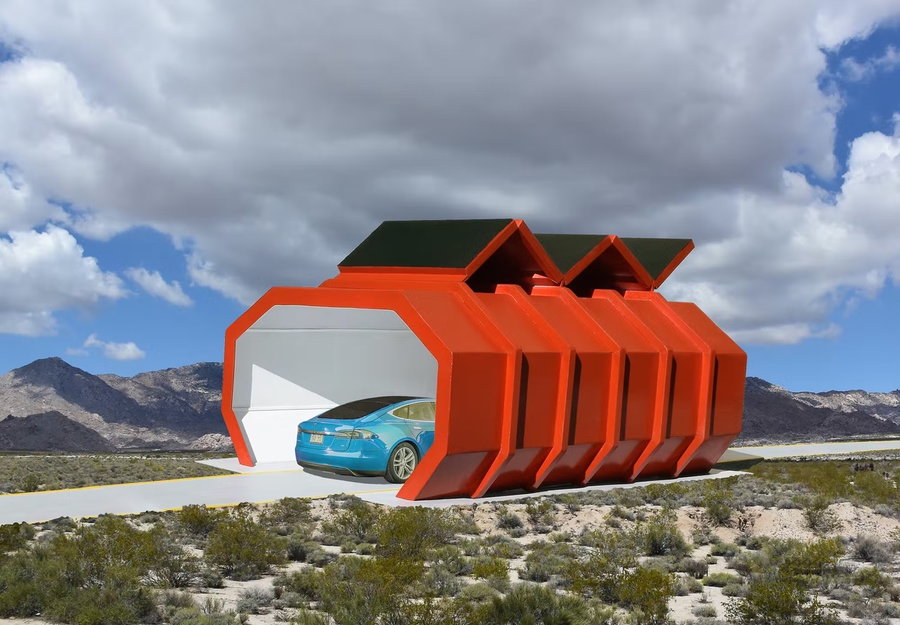 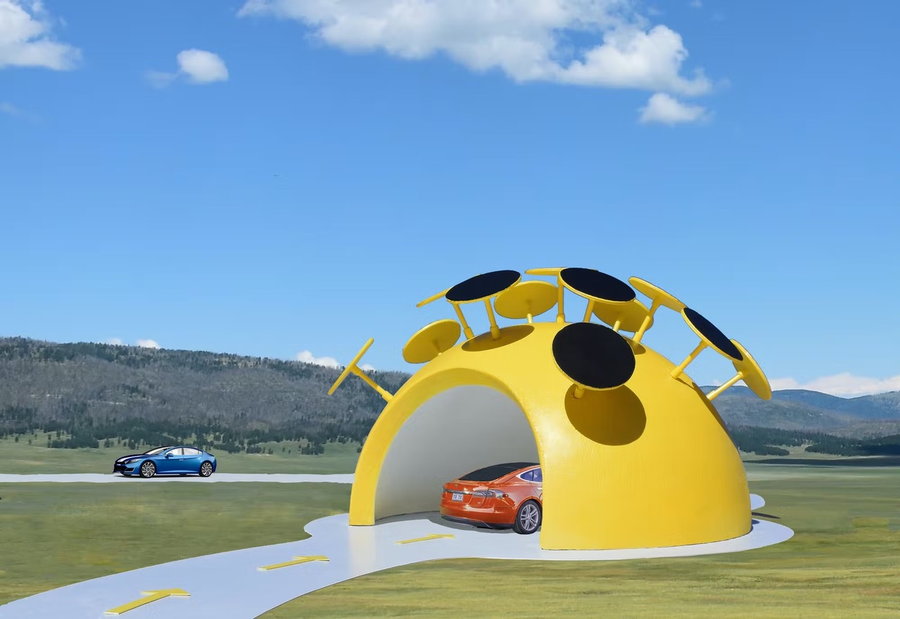 The bright pops of color seen in the Red Charging Station and Yellow Charging Station stand out even from afar, drawing the curiosity of passersby for miles around. The Red version has zig-zag solar panels on top, while the Yellow version features an eco-friendly concrete composite dome, with a series of circular disc-shaped solar panels mounted on its roof. 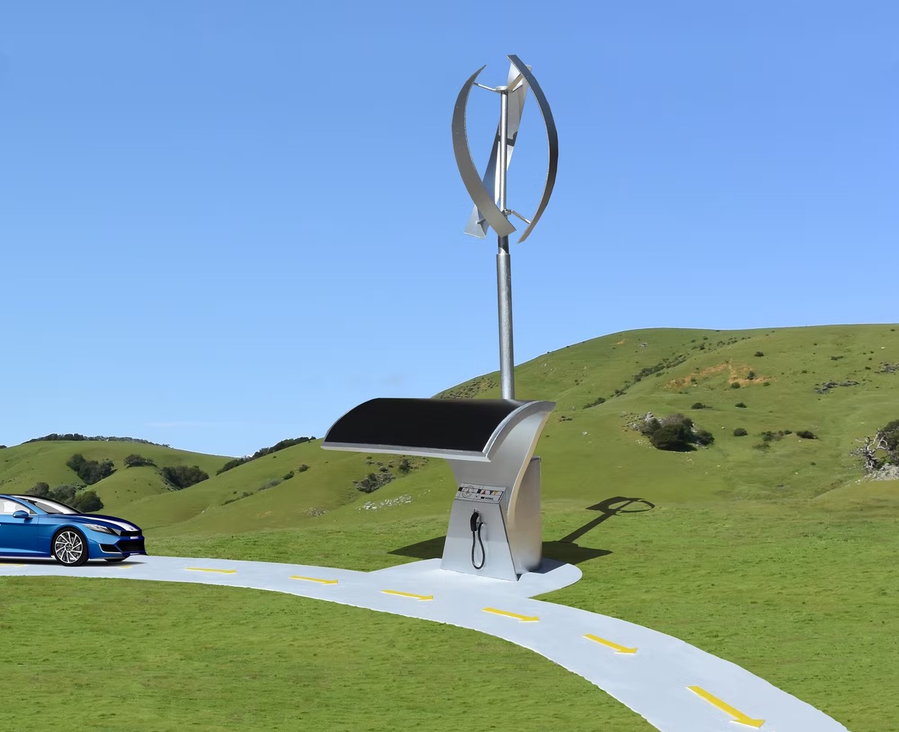 The only one that isn’t designed to be entered is the Solar Wind Charging Station. “Instead, people can drive alongside of the station to charge their vehicles,” says Jantzen. “It is also made of steel with a large curved shaped photovoltaic panel mounted onto the overhang. In addition to the solar panel, it also has a large vertical axis wind turbine incorporated into the design. Both the solar panel and the wind turbine make electricity from the sun and from the wind to charge the electric vehicles directly, and/or with batteries they continually charged.”