After camping became a popular pastime in the 1950s, many people invested in pop-up campers. Small, portable, and most of all affordable, these little beauties were often big enough to accompany a whole family of outdoor enthusiasts looking to take their vacations on the road. As time went on, pop-up campers became larger and more accommodating as brands like Coleman and Jayco packed their versions with built-in features like kitchenettes, stoves, and even seating areas where the casual camper could commune with nature in relative comfort. 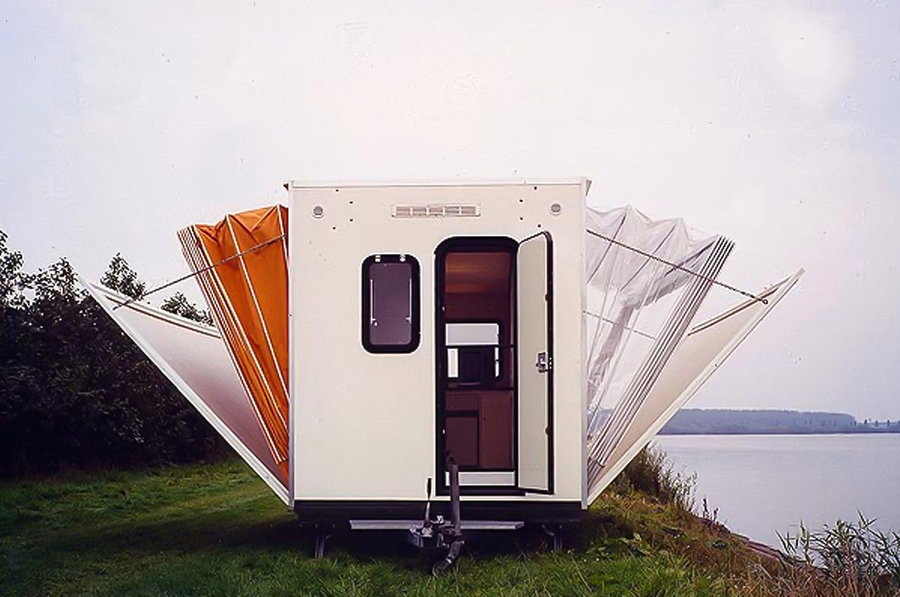 Fast forward to 1985. While most people were flocking to theaters to enjoy the fun, futuristic romp Back to the Future, the pop-up camper industry was on the cusp of a futuristic innovation of its own: the awning (also known as the “de markies”). A relatively new concept at the time, the idea was initially developed by Dutch architect Edward Böhtlingk for an architectural competition. Styled as a mobile home and envisioned as an accordian-like caravan that could expand in seconds with a simple push of a button, it was indeed the camper of the future. 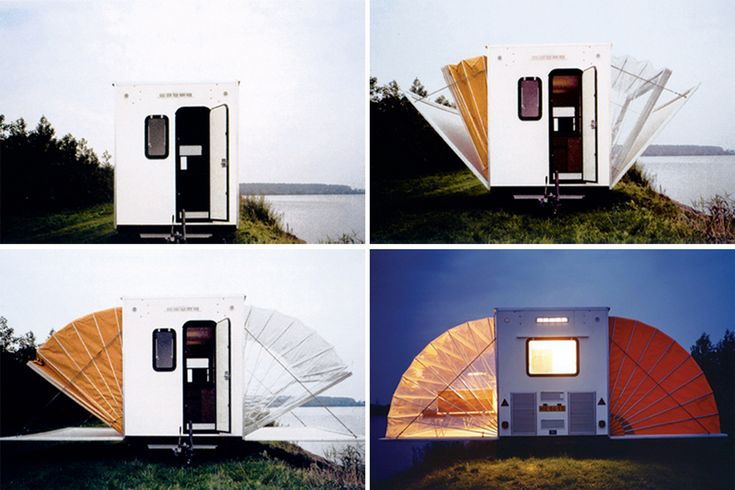 Meant to combine “temporary living with a creative travel experience,” Böhtlingk’s cool camper didn’t exactly appear extraordinary on the surface. A box-like construction while traveling, the magic didn’t truly happen until the camper arrived at its destination. There, with the push of a button, the camper would increase to approximately three times its size, complete with distinct spaces that included a bedroom, a small kitchen with appliances, and a sitting room, in addition to several storage spaces built in throughout. While this type of expansion may seem commonplace in today’s camper vans, at the time it was quite the innovation. 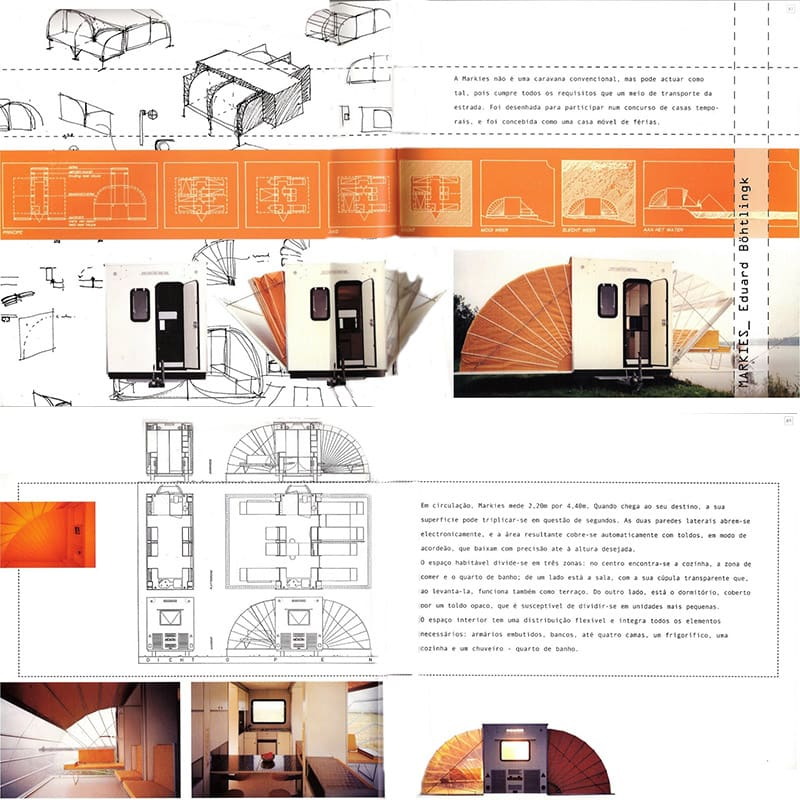 Despite Böhtlingk’s success with the concept, the studio wouldn’t go on create a prototype until ten years later, subsequently winning a Rotterdam Design Prize in 1996. Still, it never ended up reaching the market, depriving holiday-makers everywhere of its bigger on the inside,TARDIS-like construction. Perhaps it was simply ahead of its time. Introduced during the excesses of the 1980s, its minimalist, compact simplicity would be much more attractive to today’s campers, who are increasingly embracing design-forward, autonomous structures that allow for more transformative camping experiences. 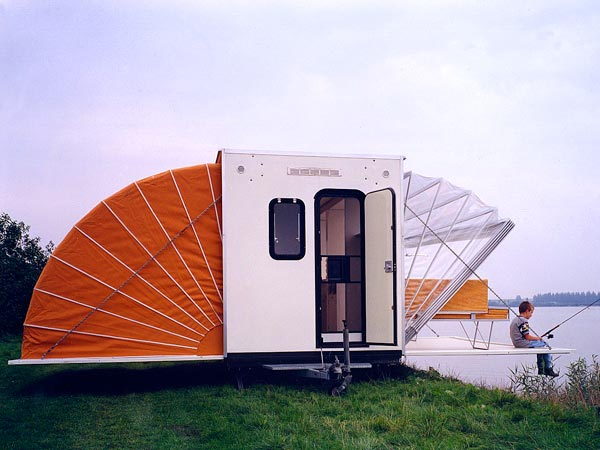 Next year, this innovative blast from the past will finally have its moment. A project almost 36 years in the making, Böhtlingk’s ‘”folding caravan” will finally meet the public at the 2022 Geneva Architecture Exhibition. With potential investors at the ready, it’s possible that this time-traveling camper will finally reach the market to take its place among its more contemporary fellows. And who knows? By the end of the decade, these small but mighty caravans may even replace their larger, more imposing camper cousins – and prove once again that good ideas never really go out of style.