When an architect is asked to design something with the site’s context in mind, the finished product does not necessarily have to be a new building. For instance, if the site in question had a ruin of a historic structure on it, the architects could figuratively build on its foundations. If the meaningful architectural features that worked in the past (i.e. motifs, old cladding material, and familiar shapes) are still there, there’s really no reason to come up with an entirely new design. All that is needed is to conserve certain elements while bringing the ruin back to life — which is exactly how Wingårdhs turned Malmö Saluhall in Sweden into a breathtaking food market. 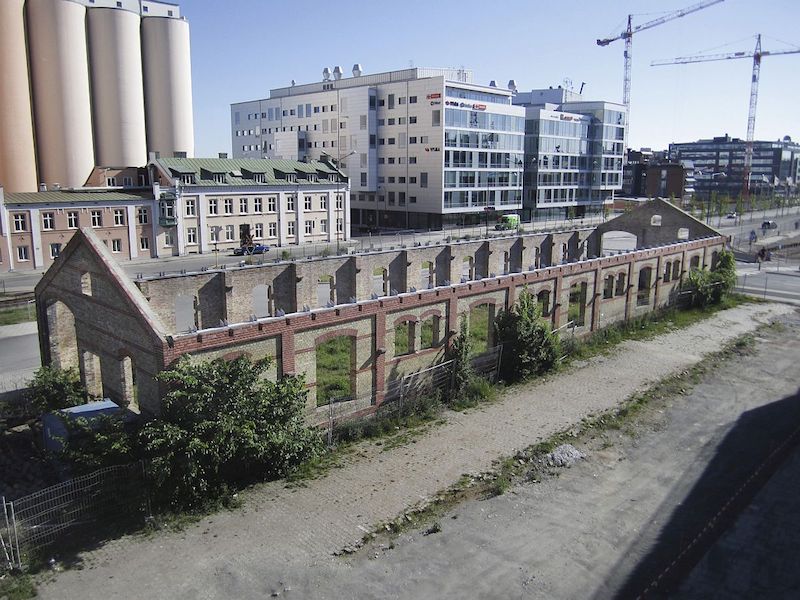 Prior to this adaptive reuse project, which was completed in 2016, the former freight depot was little more than a shell of its former self. Roofless, surrounded by weeds and shrubs, and overrun with high grass, the building was skeletal. As it withered away, newer buildings were bringing the neighborhood into the 21st century. When Martin and Nina Totté Karyd eventually purchased it, they saw an opportunity to use the remaining components and transform the freight depot into what they called a “food lover’s paradise.” 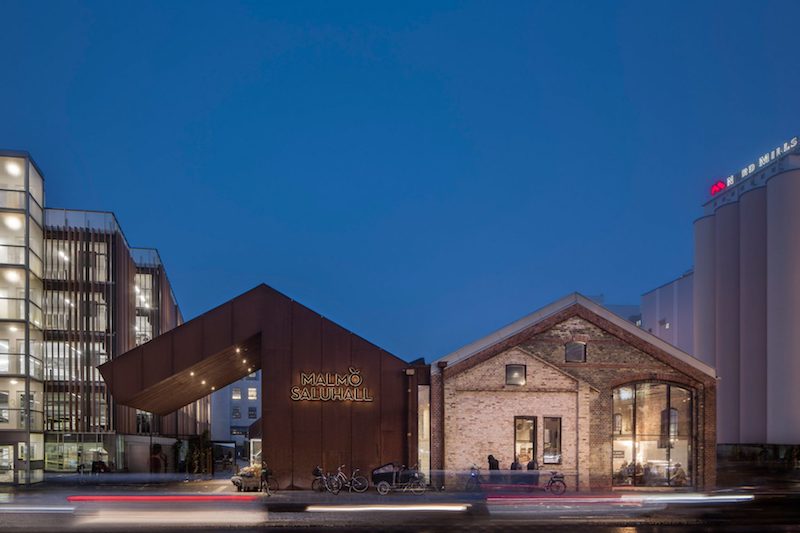 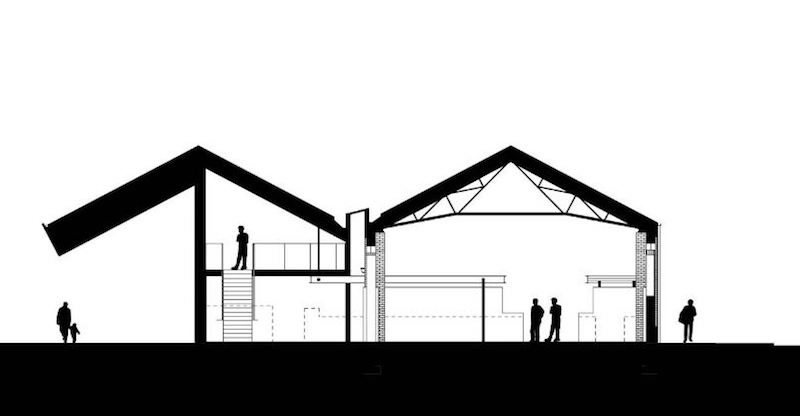 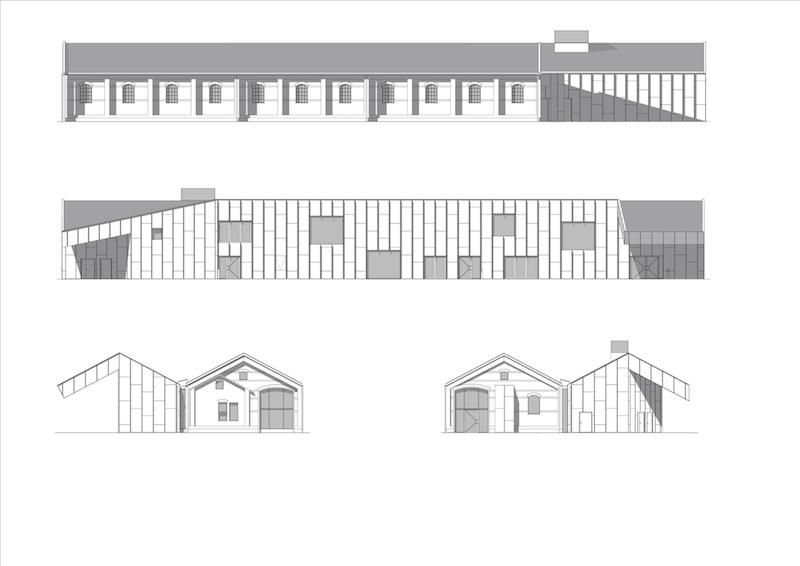 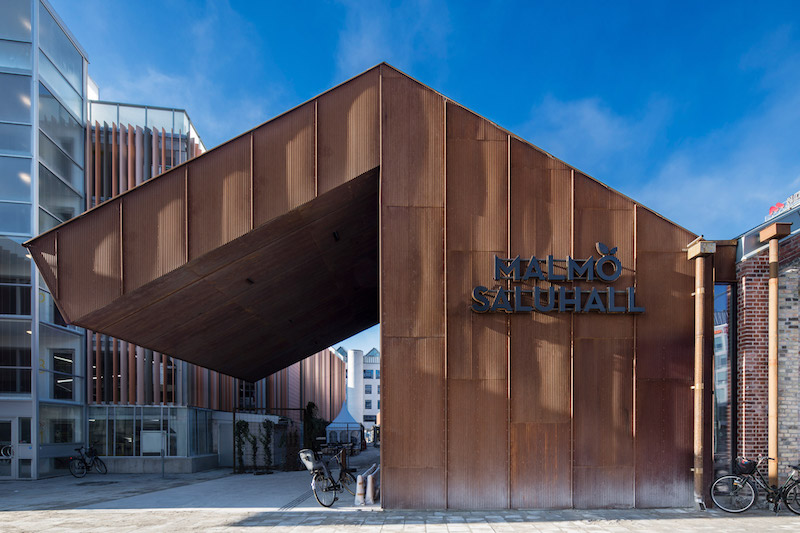 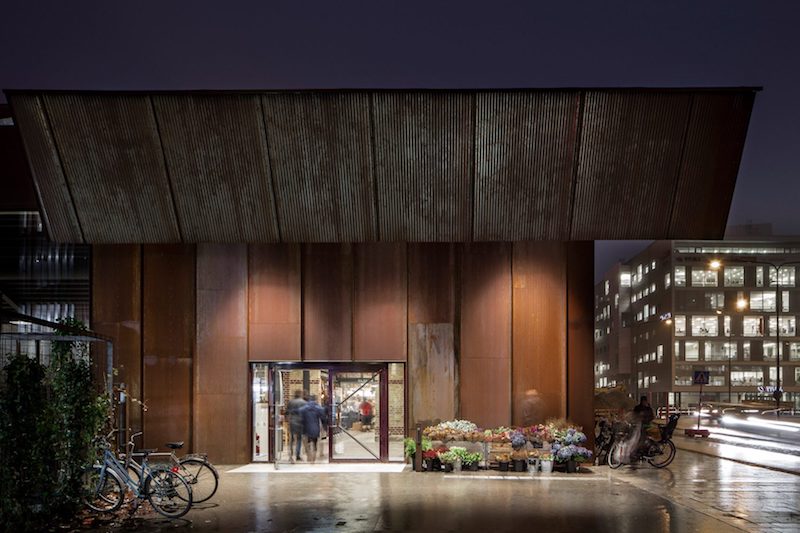 Wingårdhs‘ solution was to mirror the gable form of the existing brick shell and create a replica clad in weathering steel on an adjacent space. A strip of glass wraps the junction between the old and new parts like a ribbon around a gift. One side of the extension draws people in by acting as a canopy. The result is an enclosed 16,145 square-foot food market that feels like it’s been around for decades — but it is still a contemporary food market nonetheless. A public square for farmers markets and events and a seating area make up other parts of the site. 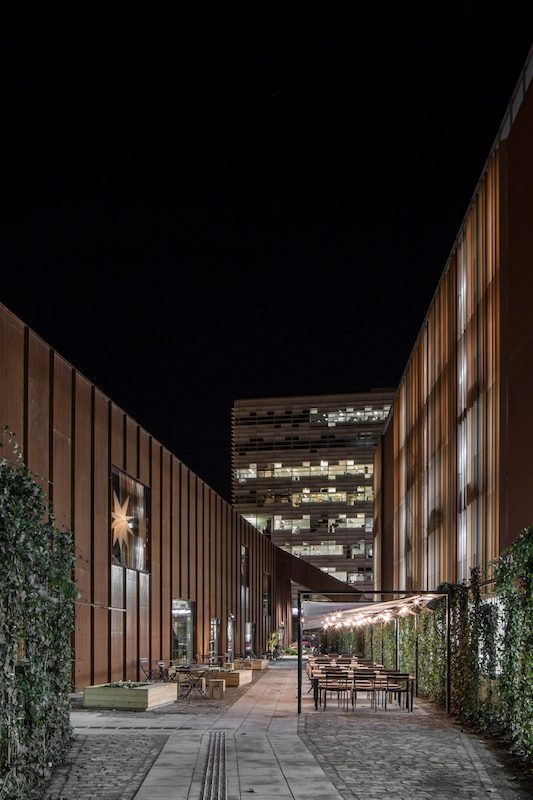 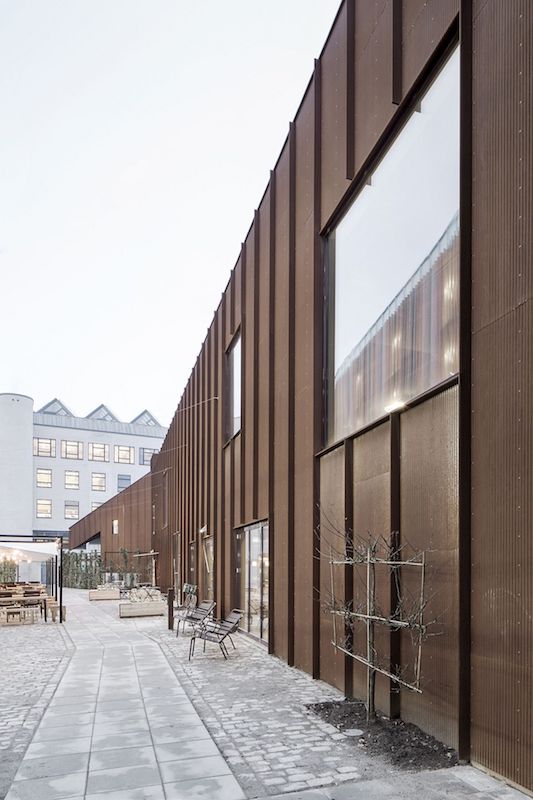 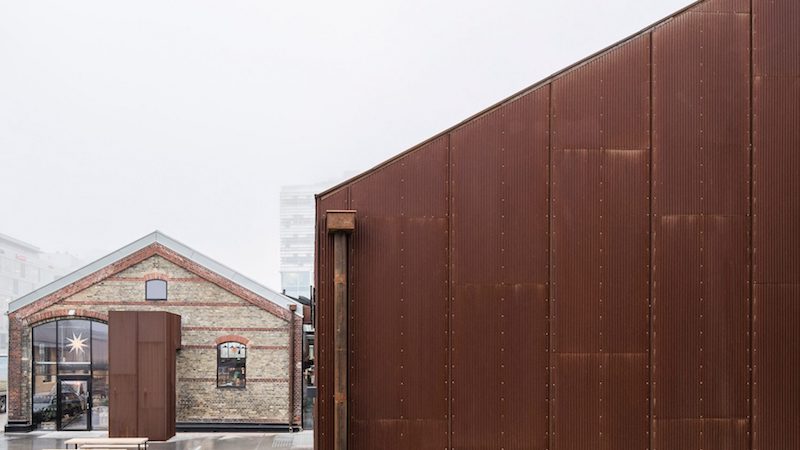 The use of weathering steel acknowledges the industrial history of that part of Malmö. The façade of the extension consists solely of steel profiles standing side by side, and corrugated steel is applied within the flanges. 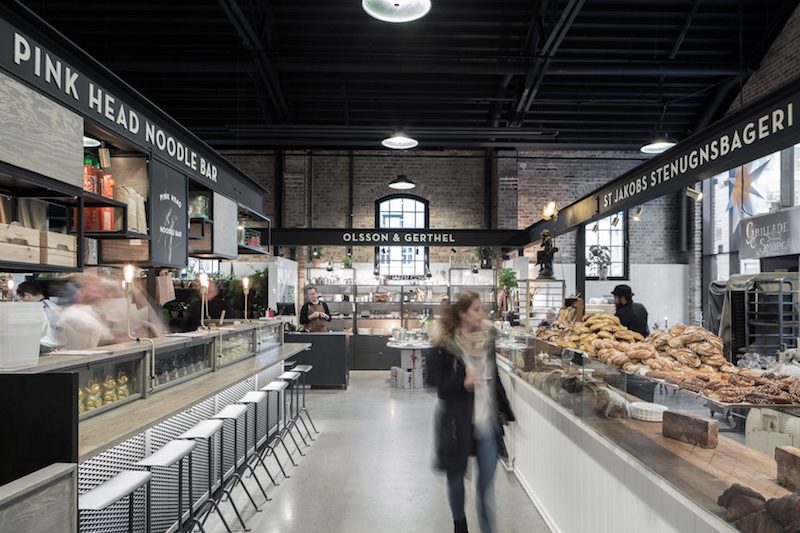 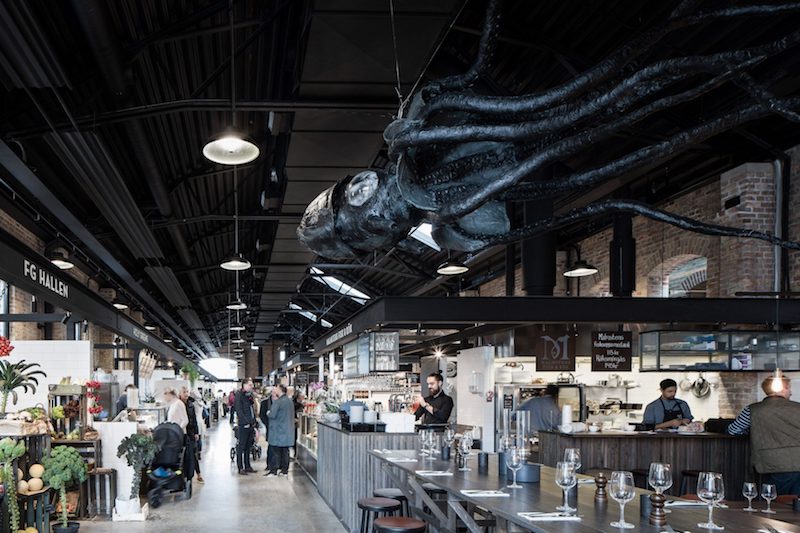 The interior boasts a simple layout of well-articulated stalls and cafés. The neutral colors (particularly the black ceiling) give businesses the opportunity to change their identities as often as they wish.

At Malmö Saluhall, romanticizing the old is a delicious experience of colors, smells, and tastes. There’s just something about fruits, vegetables, and bread in a rustic setting that makes sense — even when that setting is a little more urban than usual. Despite its familiar presentation of fresh produce, this is not a formulaic project. The initial brick shell of the freight depot was the inspiration for the newer steel extension. As one building, they express the character of a once-industrial neighbourhood. Formulaic would have been ignoring the ruin and putting the market in a glass box.