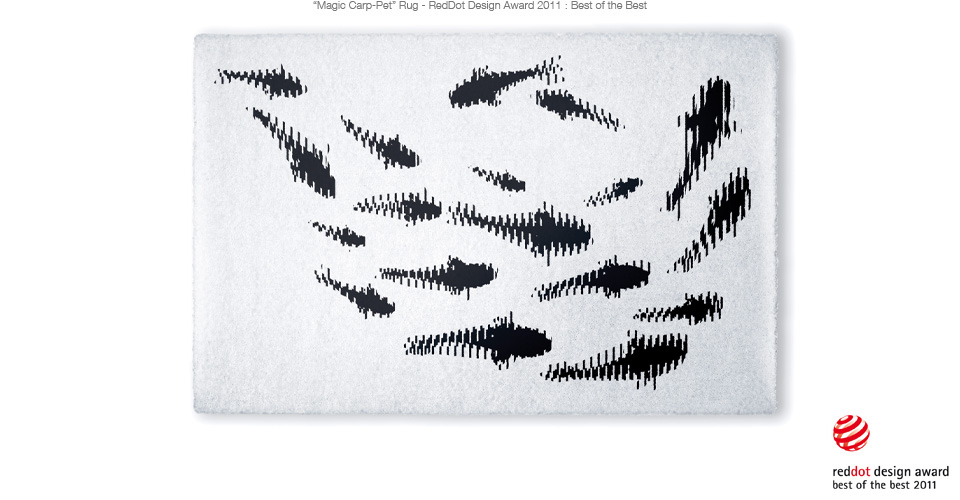 Moiré is at once a traditional French word for a wavy-patterned textile and a (related) modern word for a kind of interference pattern in physics that occurs when overlapping two elements – here, in black and white, both meanings work together.

The key is the coffee table, which turns a static, somewhat-abstracted school of fish and makes them swim when the viewer moves around it – its surface frames the carp like a tank would to complete the optical illusion.

And it’s not just a concept design – there is an actual prototype, though mass production, well, that might take some time yet (though hopefully a Red Dot Design award will give it a little push upstream). 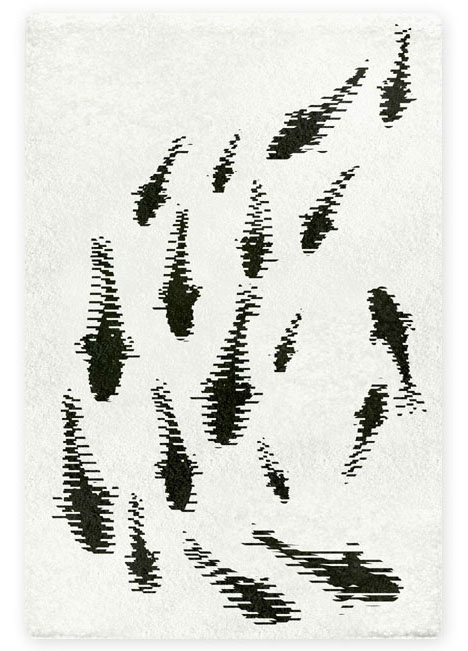 “The graphic apparition, replacing the traditional fish tank, is also a nod to the decreasing abundance of our most precious natural resource – water. Mythologically, the carp symbolizes bravery and fortune.” And if you hadn’t guessed …inventor John Leung and Clarke Hopkins Clarke have this to say of the fanciful Carp Pet title: “Linguistically, the “carp” becomes a humorous extraction of the “carpet” that reveals this intriguing little conversational piece on the floor.”

“Johnii (also known as John Leung) plays with all eleven dimensions. His illusive designs will make you look twice, think twice & use many times. Johnii is a designer with completed master degrees in Architecture, Marketing and Business – enabling him to push creativity and numbers to full force in the real world.”

“At 21, he created an integrated design and business proposal that was chosen by Bill Gates and beloved by the global technology industry. The revolutionary elements of his ‘MADE in China’ PC concept has since been appearing in Cloud Computing. His designs, including the ‘Bias of Thoughts’ Bookshelf & the ‘Magic Carp-pet’ Rug, have become viral sensations on the internet & exhibited all over the world.”