Louis Vuitton isn’t exactly known for subtlety. The French luxury fashion house founded in 1854 splashes its iconic monogram pattern all over much of its merchandise, sometimes at an absurdly large scale. So it’s not too surprising that the brand also went big when it came to the design for its new store in Osaka, Japan. Created in collaboration by architects Jun Aoki and Peter Marino, the store features a billowing translucent white facade inspired by the merchant ship Higaki-Kaisen. 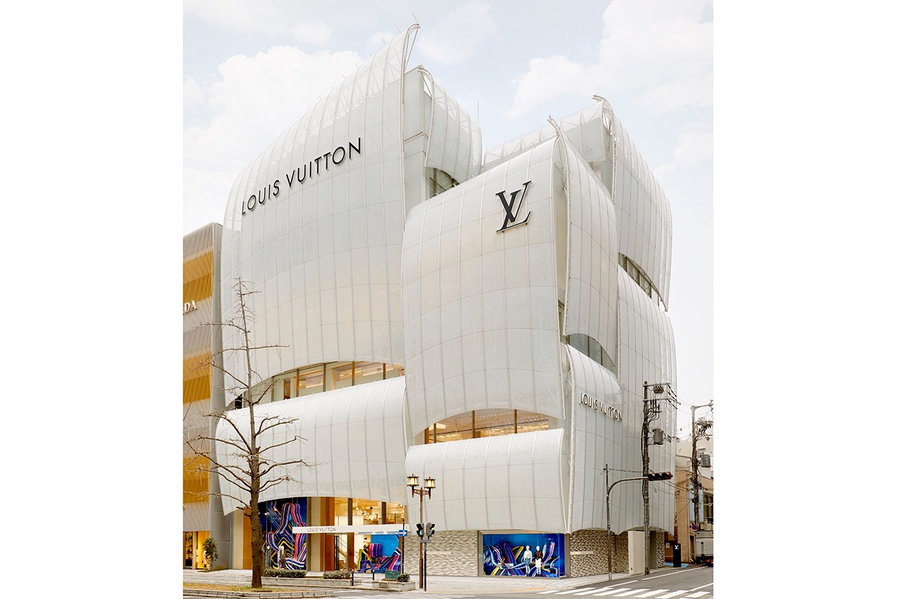 According to Louis Vuitton, the flagship Maison Osaka Midosuji draws its dramatic visuals from this sailing vessel to recall Osaka’s history as a seaside town and embody the brand’s “signature Spirit of Travel.”

“Open on February 1st, 2020, the store is the imaginative result of a close collaboration between architects Jun Aoki and Peter Marino, who both share a long-standing relationship with Louis Vuitton,” reads an announcement by the brand. “This new four-floor store reflects Osaka’s heritage as Japan’s most important port and highlight’s the city’s growing role as an international travel hub…Guests gathered on January 29th to celebrate the opening, including Suzu Hirose, Takanori Iwata, Ebizo Ichikawa, Rola, Dean Fujioka, JO1, Dan Carter, Ai Tominaga, Aya Omasa, TAO, and Miki Ehara.” 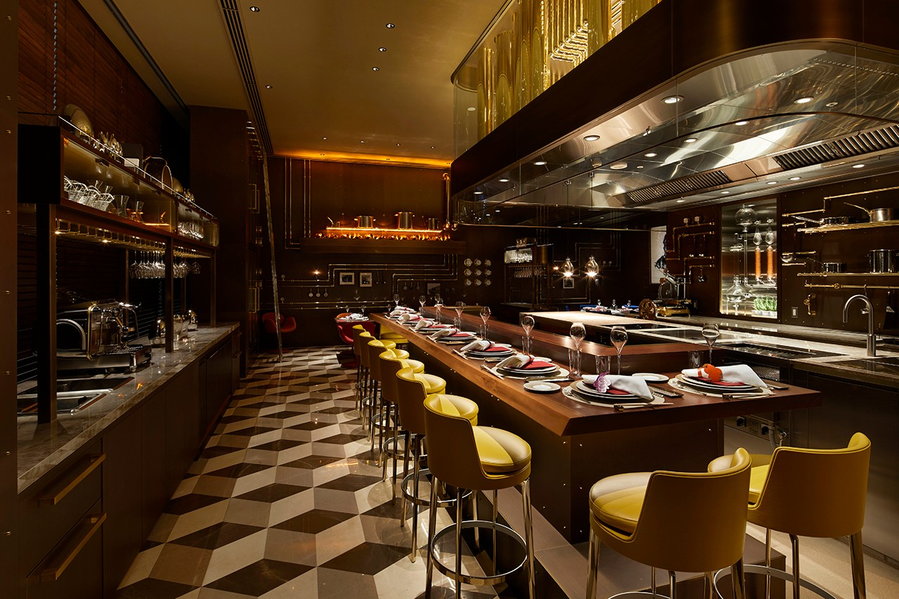 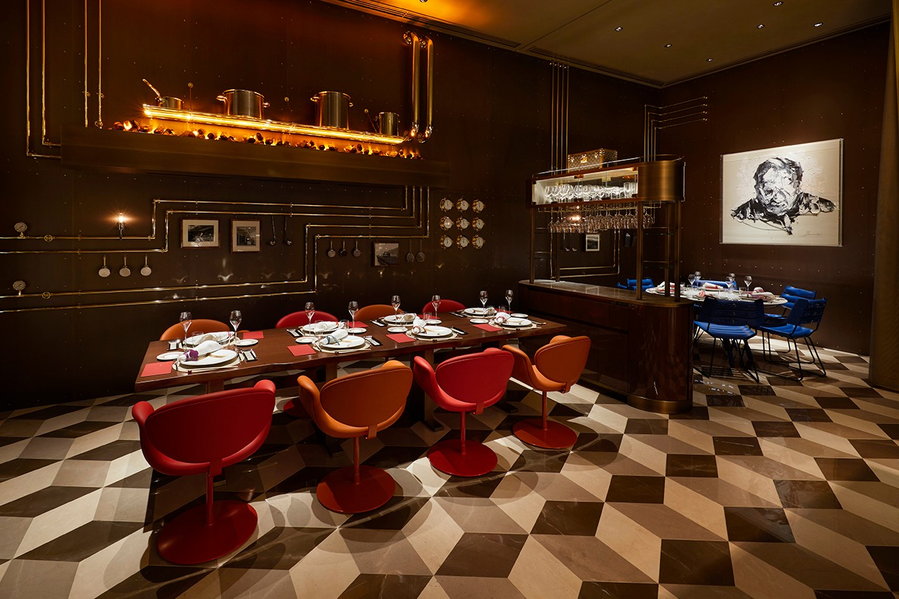 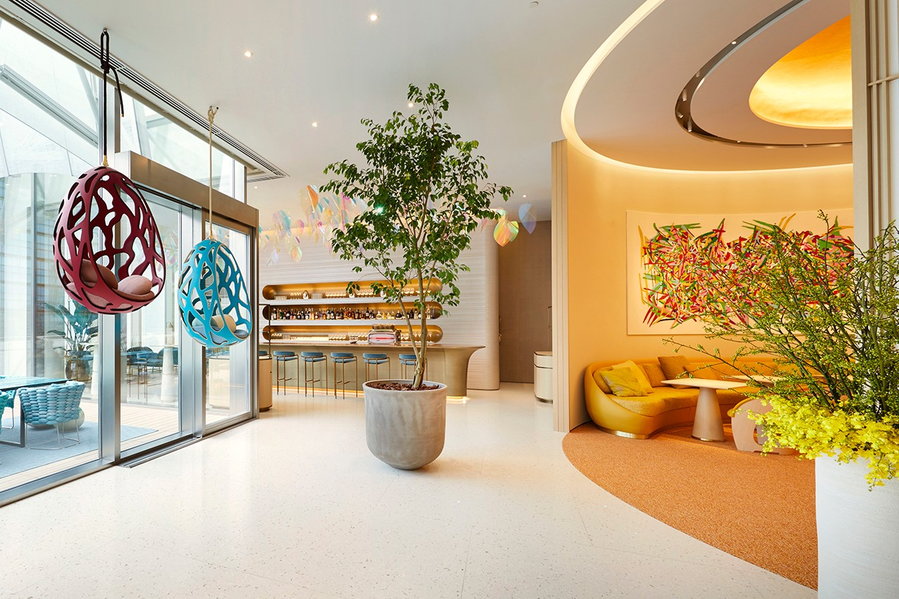 The architecture of the store is certainly remarkable, and impossible for passersby to ignore. But what’s inside the store is also noteworthy. This location contains Louis Vuitton’s first ever restaurant, “Sugalabo V,” and café, “Le Café V.” A collaboration with Japanese chef Yosuke Sugarbird, the restaurant is set on the top floor of the building, and like everything else associated with the fashion house, it’s painfully exclusive. The space is even hidden behind a secret speakeasy door and can only seat a few diners at a time. 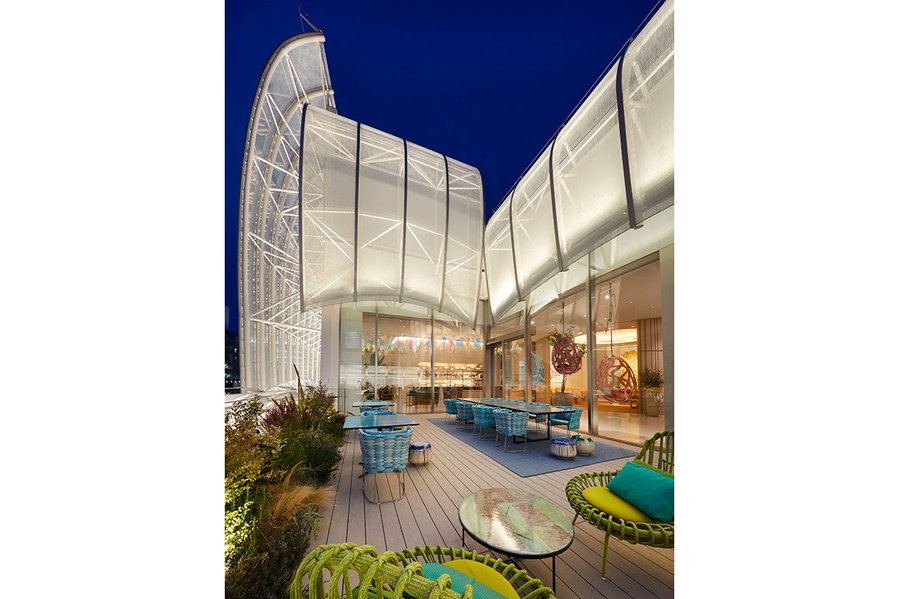 Previously, Aoki designed the logo-patterned Louis Vuitton Matsuya Ginza in an area of Tokyo that was once known for its art deco design. The architect abstracted the brand’s monogram logo to reflect the design history of the area for the facade of the store, which opened in 2014. He explains: “From edo-komon to art deco. Art deco to the soft damier. This is a journey to the history of Ginza. Gentle bulges and dents elaborate the facade of opal beige reliefs. With these patterns, the facade reveals various appearances in sunlight. [At] night, the LED lights behind the reliefs light the facade to render another expression reminiscent of Louis Vuitton’s monogram.” 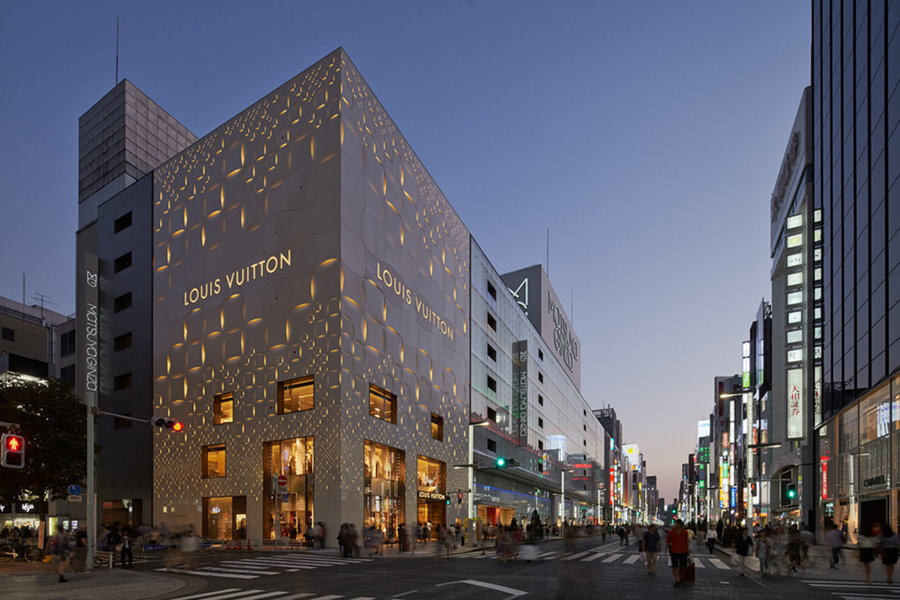 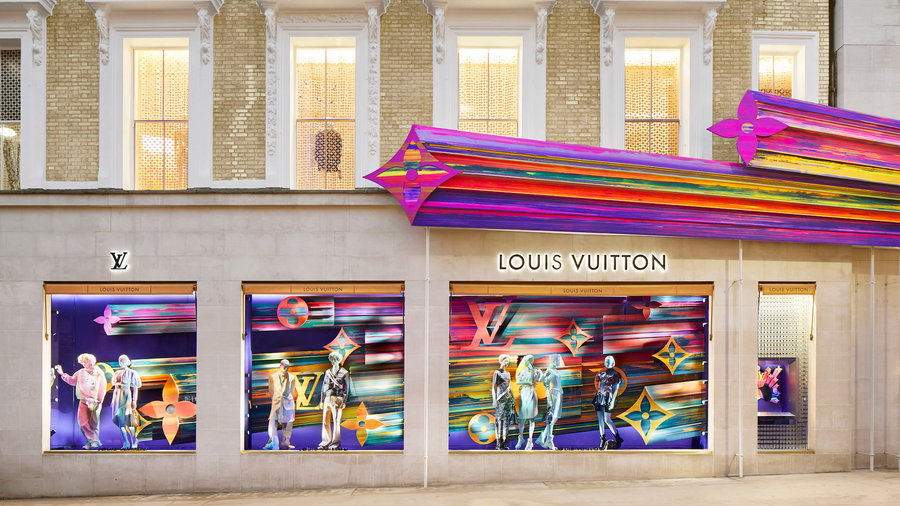 Marino is also responsible for a series of Louis Vuitton projects, including the one found on London’s Bond Street completed in 2019. His interpretation is modern and colorful, adding bright fixtures and furnishings that aim to evoke “happiness with no feeling of intimidation.” He tells Dezeen that he’s “worked with Louis Vuitton since 1994, and we have moved away from all the brown wood we used at the beginning. There has been a real evolution towards something lighter, clearer, and dare I say, happier.”