Widely beloved after finding romantic love on season 14 of The Bachelorette, reality stars JoJo Fletcher and Jordan Rodgers now seek a different kind of love — one found through the design and renovation of tiny rental spaces. 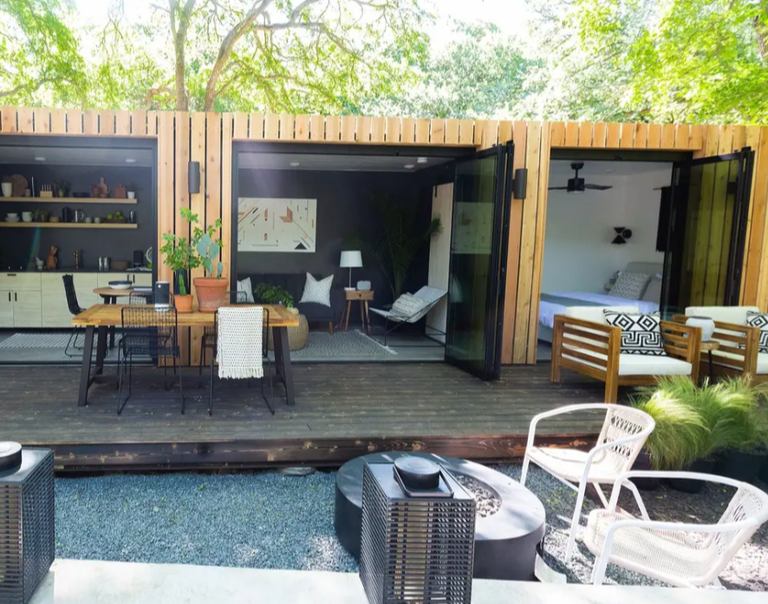 Since Rodgers won JoJo’s heart over the course of eight crazy weeks in a competition with around 30 other bachelors, the couple remains happily committed to both each other and a new venture as the hosts of a property flipping show called Cash Pad on CNBC. But unlike typical home flips, Rodgers and Fletcher focus on small and unusual spaces like trailers and warehouses in an effort to help their owners prepare them for use as AirBnb rentals.

“Over the past year, we really started to think about this new trend of Airbnbs and short-term rentals,” Rodgers explains. “Every time we traveled, we enjoyed staying in them, and we saw a niche market we wanted to capture.” 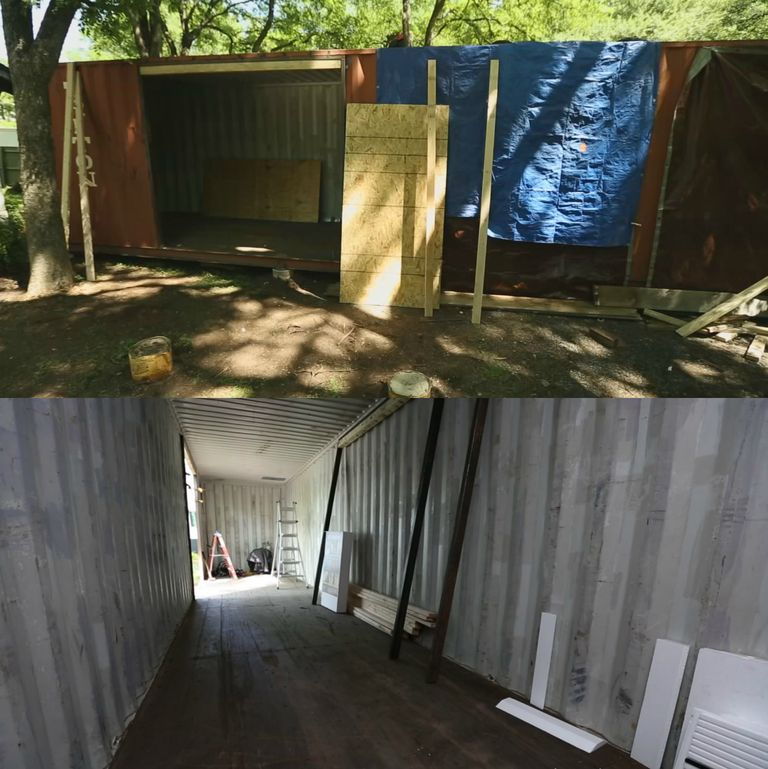 One of the pair’s most recent projects was a rusty cargo trailer in an Austin, Texas backyard. Setting out with nothing but a plan and a TV crew, the couple quickly took the shipping container from trashy to treasure. And since there are already so many shipping container options on AirBnb, they knew they had to to find ways for their project to stand out against the competition.

For starters, they managed to figure out how to comfortably sleep four people inside it, with the bedroom offering a queen bed and a pull-out sofa sleeping two additional guests. To further combat the confining feeling, JoJo and Jordan also ensured that every window in the shipping container could act like a door and open completely, peeling away the side of the rental for easy access to the outdoors. Once outside, a wooden deck provides room for additional seating, an outdoor dining or grilling space, and a relaxing pad for stargazing. As with most tiny home experiences, the outdoor space is almost as important as the lodging itself here, so the pair took it upon themselves to throw in a second entertaining space complete with a fire pit and life-sized versions of games like Jenga and Connect Four. 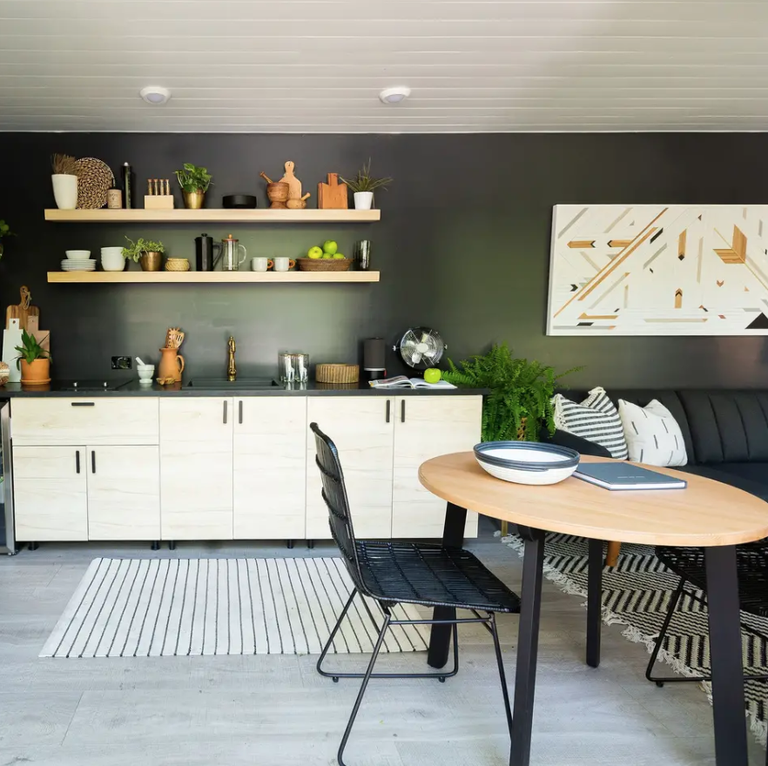 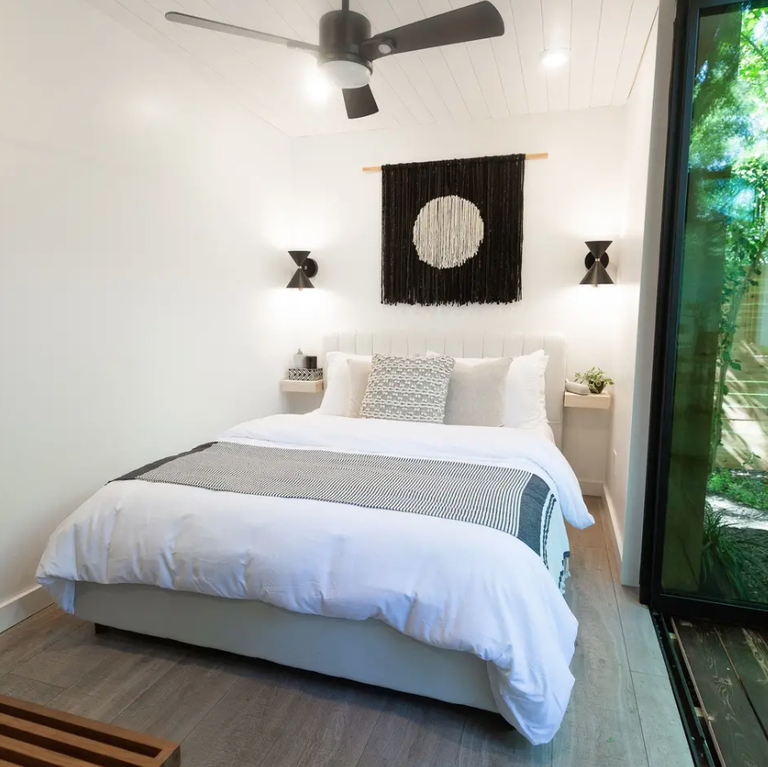 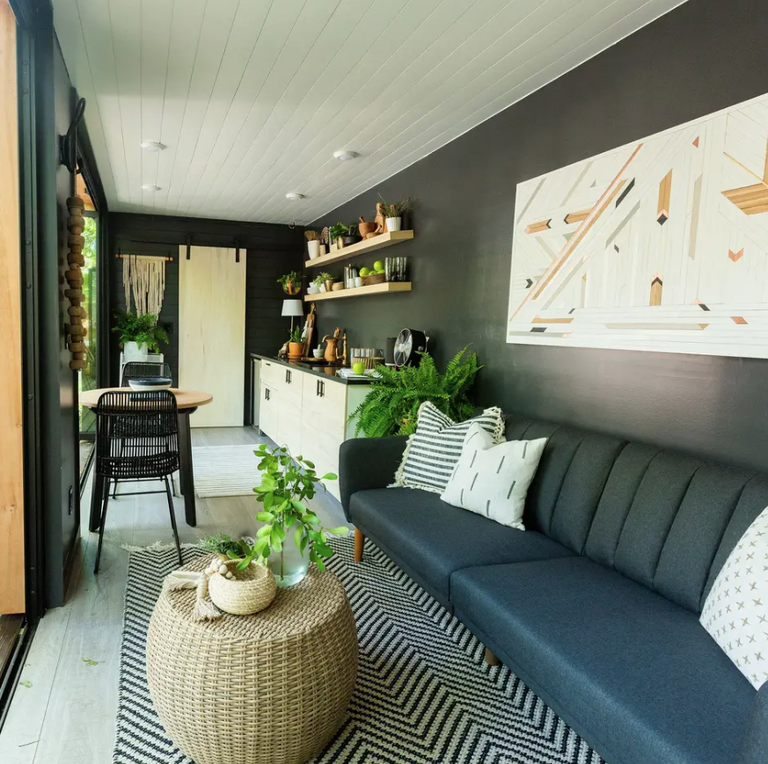 The AirBnb was recently listed as a rental option after its corresponding episode aired on Cash Pad. Anyone interested in more information about how the space was converted from cold to cozy should definitely tune in and follow the drama as it unfolds.

Fletcher and Rodgers are assuming all the risk (i.e. paying for the renovations and providing the owners a standard monthly rate) of several AirBnb conversions for the sake of the show, with the belief that it’s a profitable endeavor and a good way to help homeowners complete their passion projects and fulfill their dreams of hosting a proper rental space. In exchange, the couple receives any additional rental income over the first four years the AirBnb is up and running. 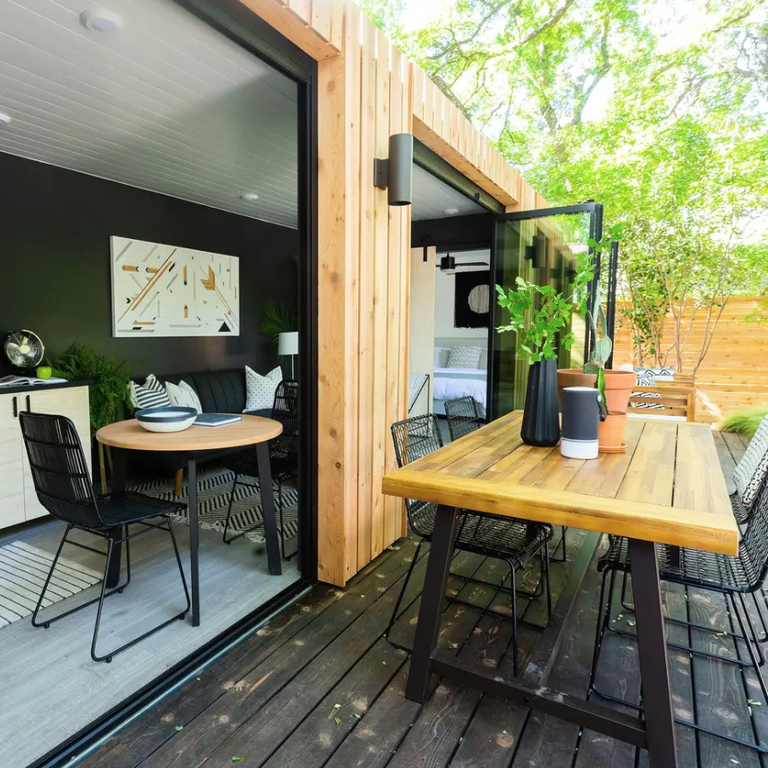 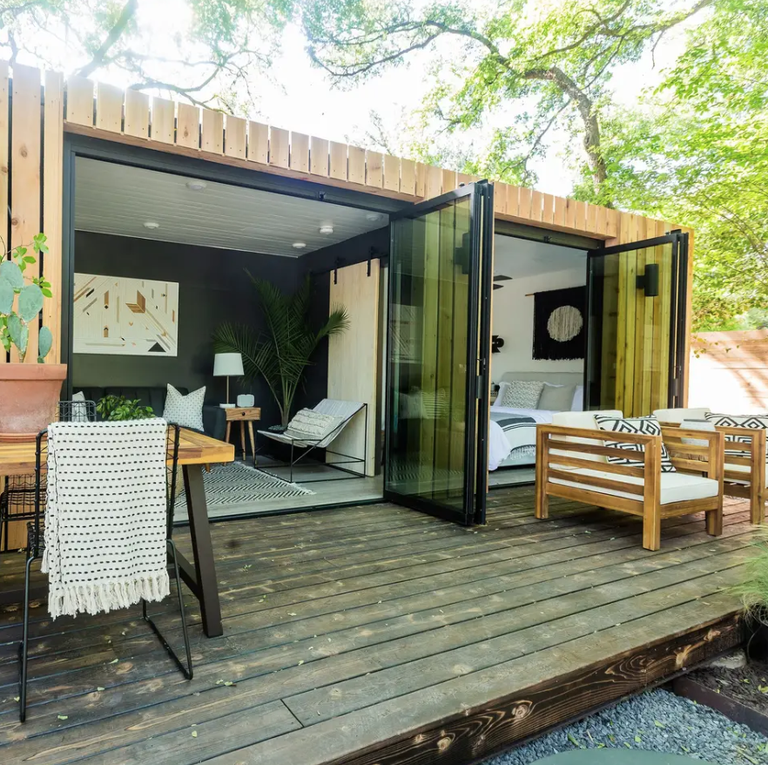 Now that filming is wrapped up, Fletcher and Rodgers will be spending their time on their own housing and wedding dreams. The couple recently announced on Instagram that they bought their first non-flip house together, and that a wedding date isn’t set yet, but will likely be next spring or summer.

Bachelorette fans can continue to see what their favorite duo is up to every Tuesday on CNBC, with a total of eight one-hour episodes already out.