A family of nine refreshment kiosks in London’s Royal Parks recently received an eco-friendly upgrade, with organic designs meant to blend in with the surrounding natural beauty. 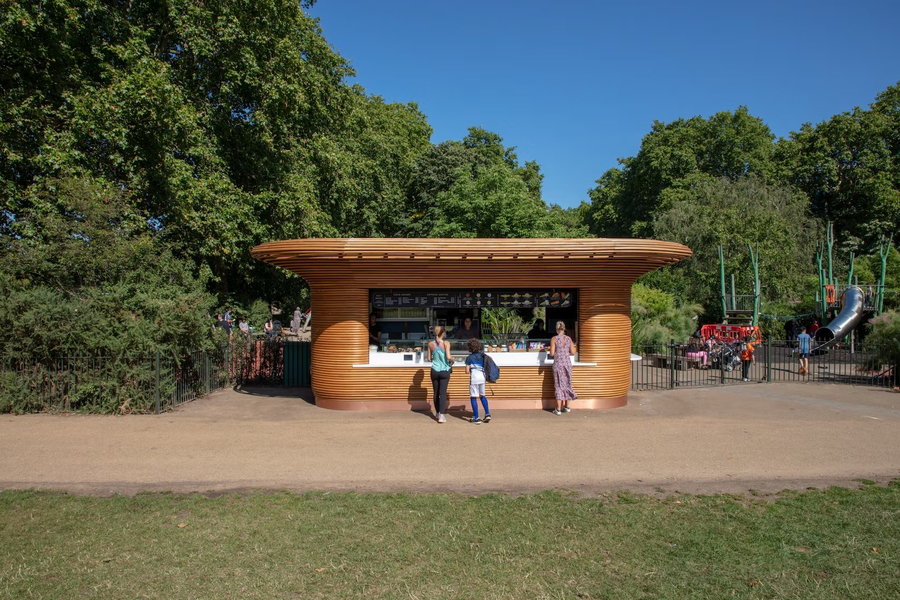 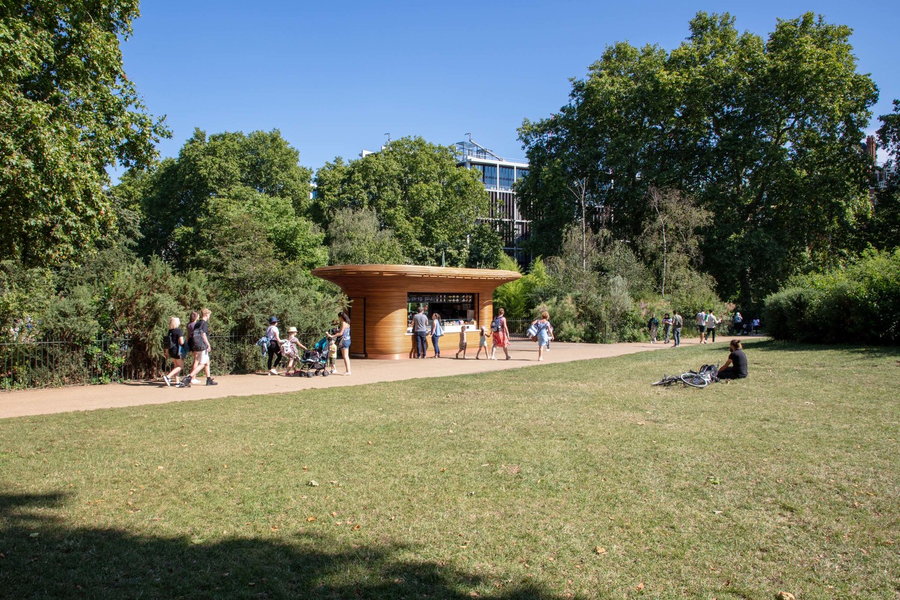 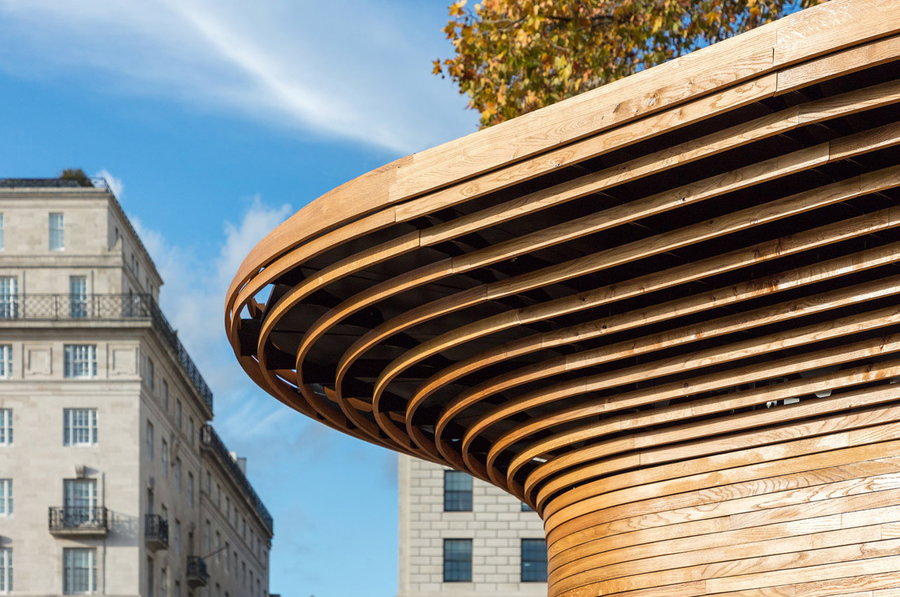 This mimicry and appreciation of local environment are a common strategy for the studio. “We call our work ‘bio-architecture,’ said company founder Jonathan Mizzi in an interview with Architizer. This approach “characterize[s] our studio ethos, a philosophy that rests on bringing humans and nature closer together through thoughtful and innovative design solutions.”

“The architecture and design industry has seen a massive shift in practice towards trends that favor a nature-led approach,” he added. “Mizzi Studio has been focused on this philosophy since day one of our foundation. Our architecture holds the natural world as its greatest teacher and inspiration — this ethos is central to The Royal Parks project.” 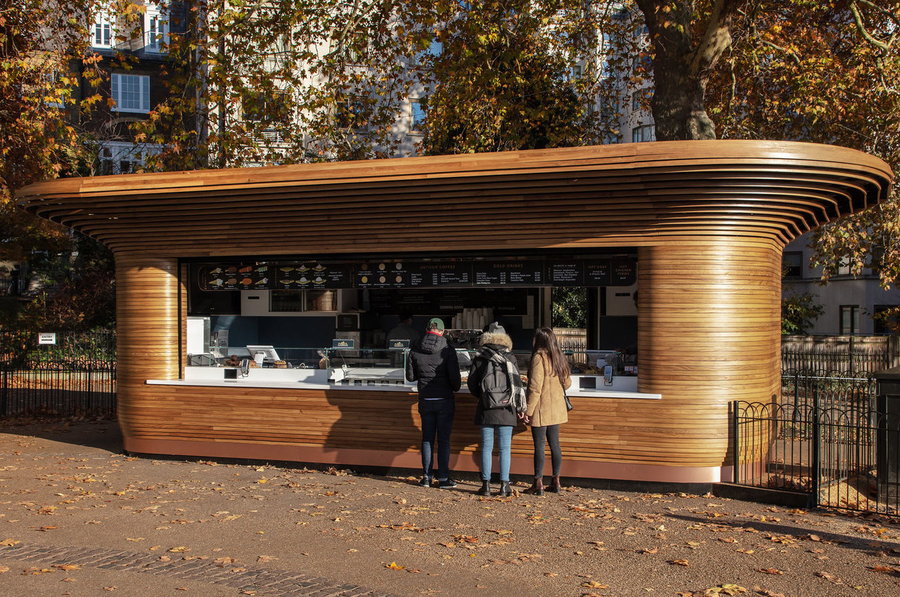 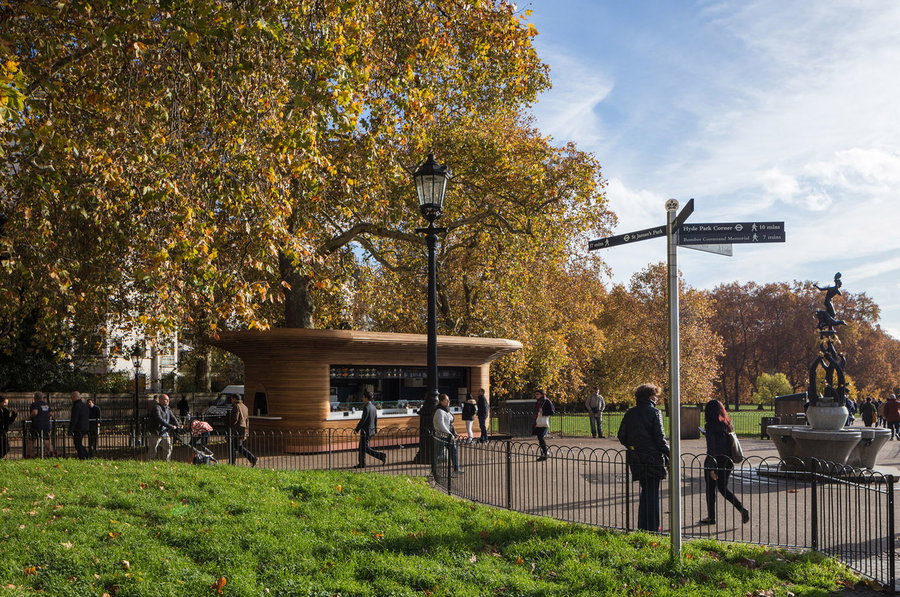 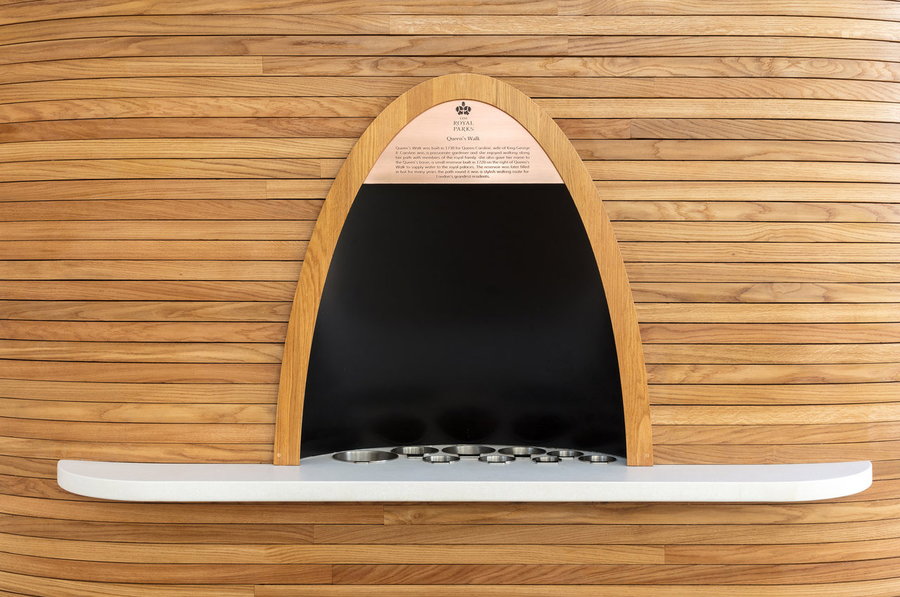 The team started by spending months exploring the heritage of each park. After channeling “all of that research into a design strategy…driven by nature and the variety of tactile experiences it offers” (the firm’s own words), Mizzi Studio invented a fleet of kiosks, each “unique, tailored to the history, nuances, and demographics of its respective site within the parks.” 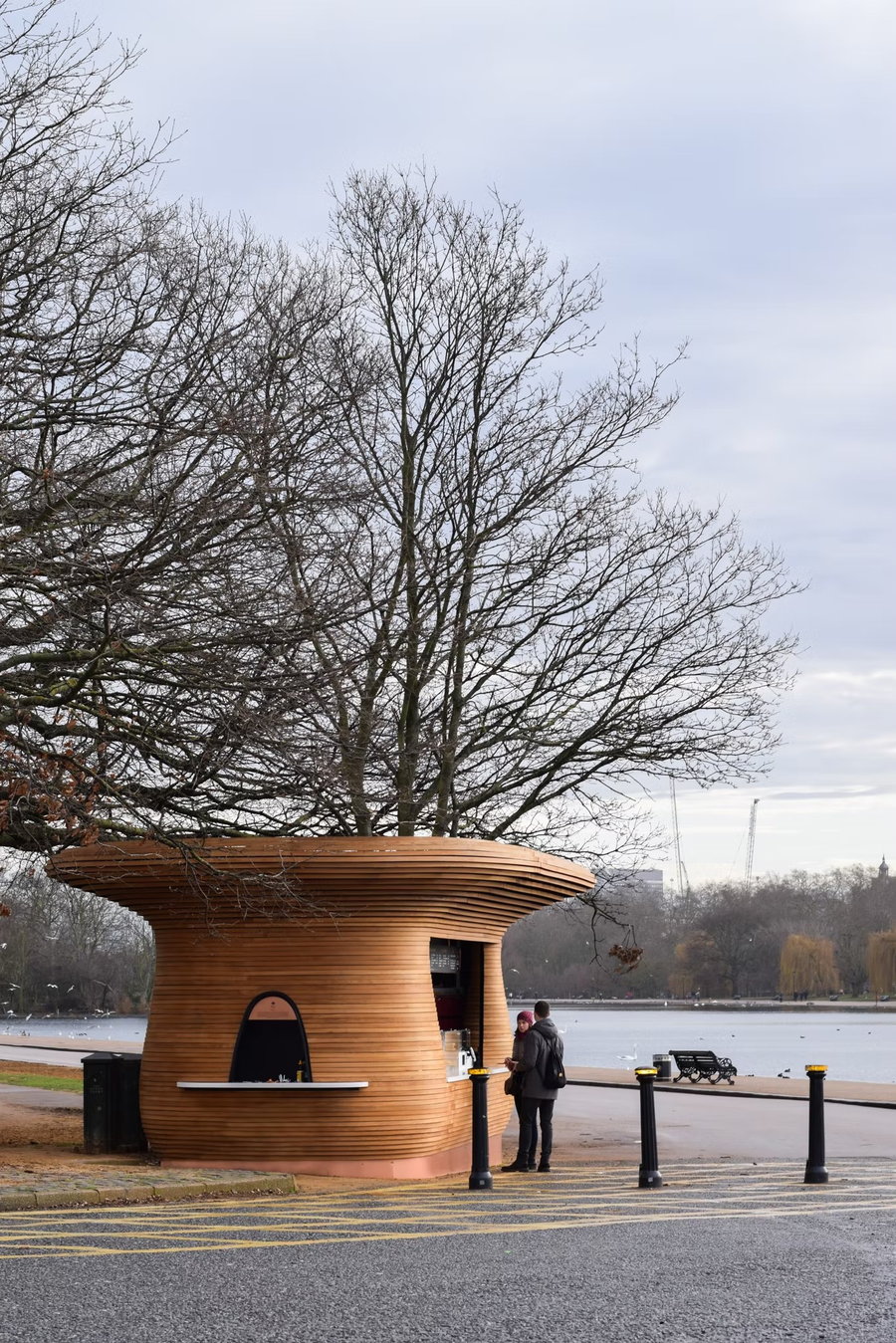 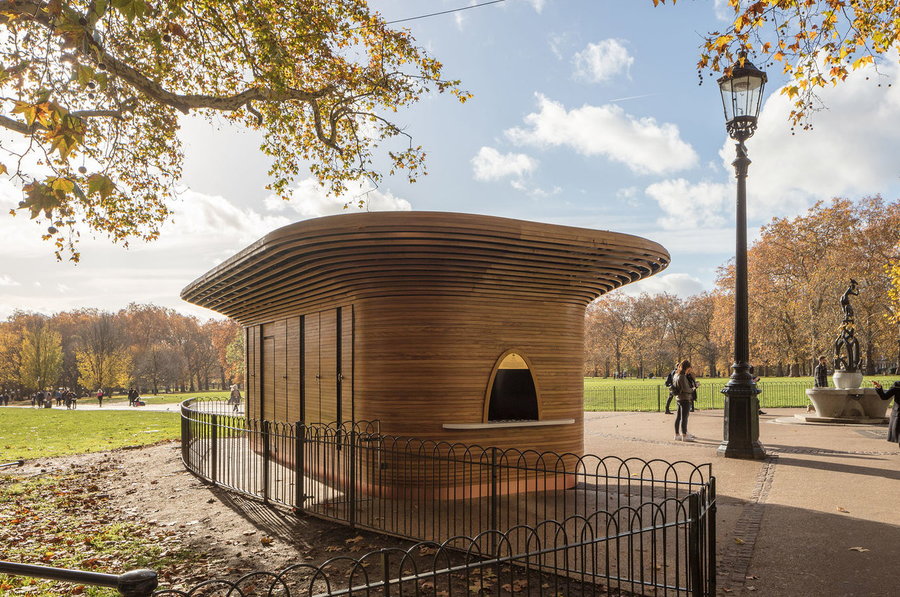 While each kiosk has a slightly different 360-degree organic profile and volume, they all share a tree-based sculptural outline, and an instantly recognizable silhouette from far away.

Set conspicuously at the entrances to Hyde Park, Green Park, and St. James’s Park, eight of the nine kiosks are covered in “steam-bent” wooden English oak timber, a sustainably sourced material, in addition to the stainless steel and copper used in the frames. 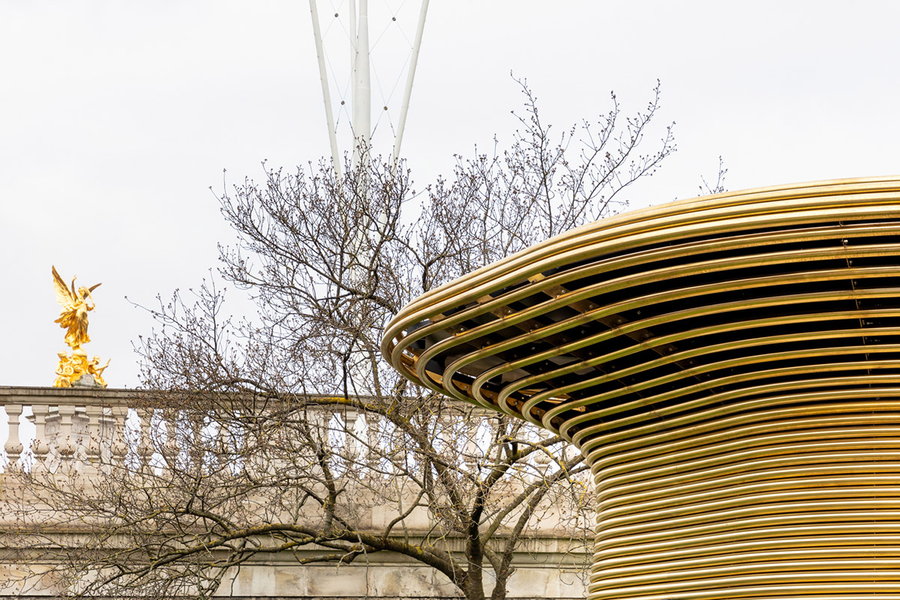 The ninth iteration — the flagship Horse Shoe Bend kiosk in St. James’s Park — got the royal treatment as it sits at the base of Buckingham Palace. While the shape follows the patterns of its siblings, this “kiosk is clad in tubular brass, mirroring the ornate precious metals of the nearby Sir Thomas Brock’s Queen Victoria Memorial,” Mizzi explains.

Each kiosk was constructed with the lowest impact to the environment in mind. Modular in design, all are freestanding and able to be transported in just two truckloads, cutting down on carbon emissions. 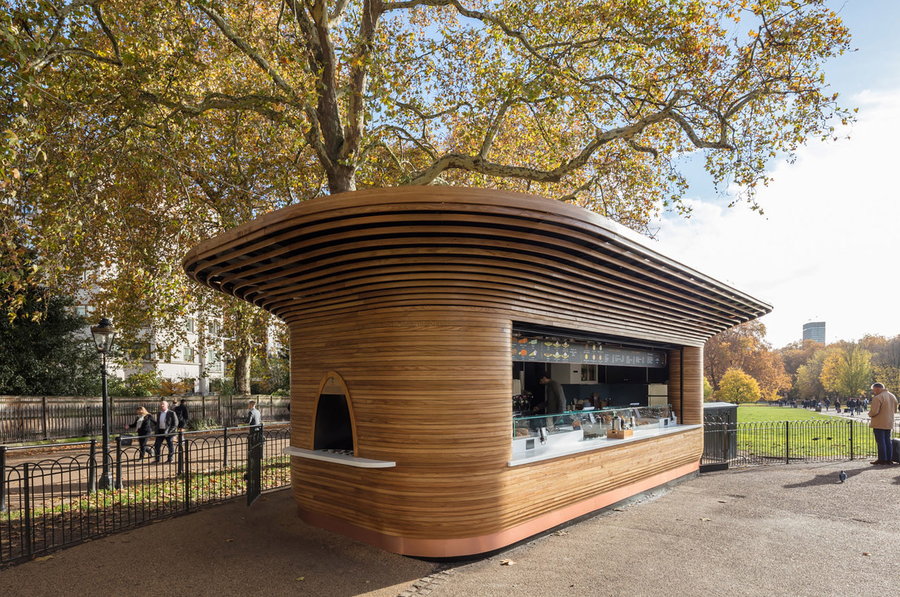 The timing of the kiosk project — on the heels of the COVID-19 pandemic — made it especially impactful for visitors. “Aside from the spectacular landscape of the Parks, which directly influenced the design of the kiosks — our hope was that the fleet would stand as a new architectural structure and symbol of collective respite,” Mizzi says. “We believe in the power of public space to bring people together and restore them both physically and emotionally. The aftermath of the pandemic became the context for the completion of the Royal Parks fleet, and therefore we saw this as a moment where architecture could help restore mental well-being, bring people together, and offer surveillance and support at a time when the city’s inhabitants felt most vulnerable.”