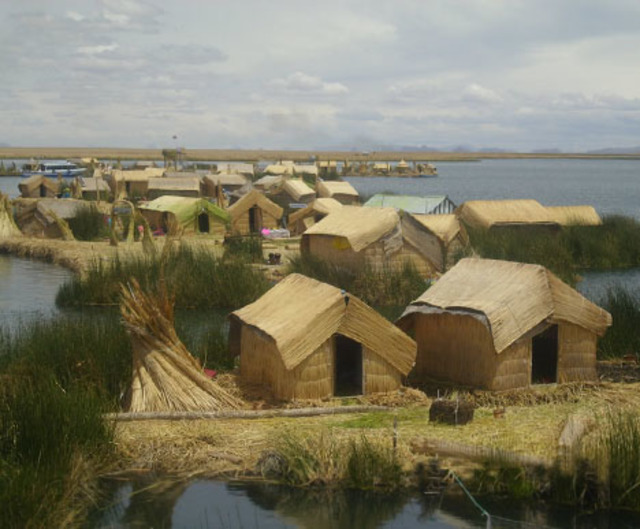 Cave dwellings surrounded by stable rock can survive for thousands of years, but dwellings on the water all sink sooner or later. Yet in rural South America, one group has lived on moving  islands made of living reeds continuously for hundreds of years. 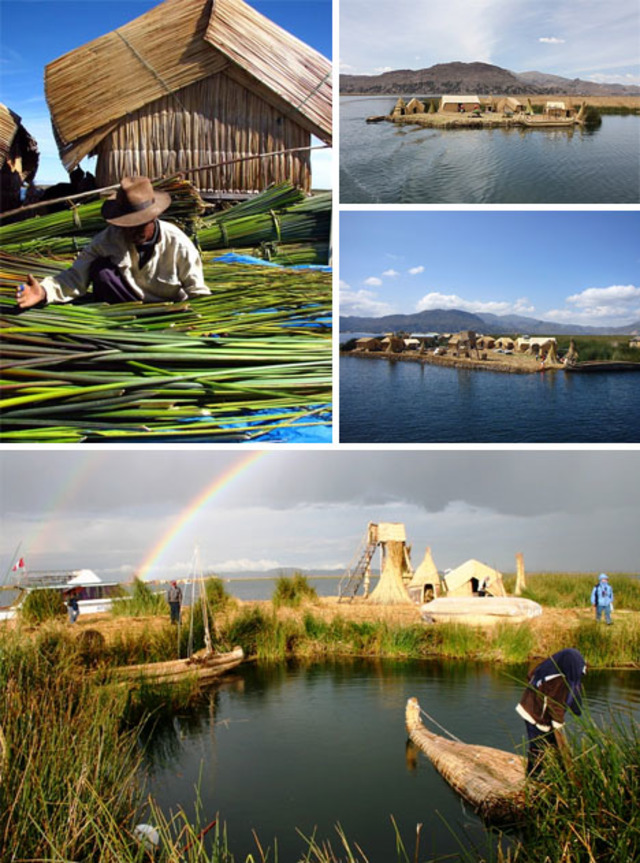 Everything floats with them on their giant lake – homes, boats, furniture and more. The Uros islanders fish and craft, anchor as necessary but move across the surface as well. As the eight-foot-thick beds of reeds these people and objects rest upon slowly sink below, more is added above to make up the difference. Each step yields 2 to 4 inches of give underfoot.

A watchtower on a large central island recalls the original purpose to their flight from land – enemies encroaching on all sides, forcing them to build upon the water.

The reed type used (totora) has evolved to have multiple purposes – part of the root is consumed as foot or utilized in tea, while other parts help hangovers or are wrapped around hands, head or neck to help keep cool. Today, some homes are slowly modernizing with motorized vehicles, solar-power panels and yes, even a local radio station that rides with the residents upon a bundle of reeds.

“The islanders traditionally lived from fishing, hunting birds and trading with the Aymara people on the mainland. Over the years, the two peoples intermarried, with the Uros eventually abandoning their own language for Aymara. Now they also make money from the tourists who visit them.”

“One of the non-native islanders who knows the Uros better than anyone else is Mairo Moya, a 29-year-old Peruvian tourist guide. He came to Puno to study anthropology and spent three months living on the islands.”

“‘What it teaches you is that man can adapt to almost any environment. These people have been here for hundreds of years and they are proud of what they have achieved, literally creating their own land,’ he explains, sitting with his legs crossed on one of the islands.”