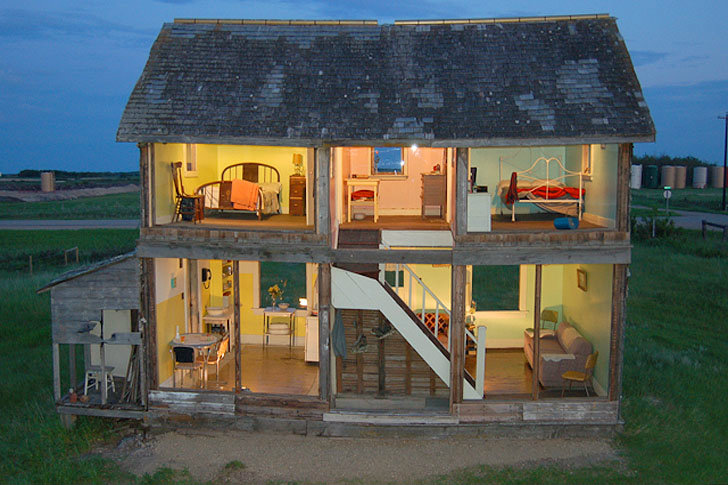 Some people find all dollhouses creepy, but they’re arguably even more so when they’re life-sized and made from a formerly abandoned house in the middle of nowhere. Maybe it’s a little meta to make a miniature replica of a full-scale thing and then make a full-scale replica of that miniature, but somehow, in Canadian artist Heather Benning’s strange and unusual installation project, the result is uncanny. 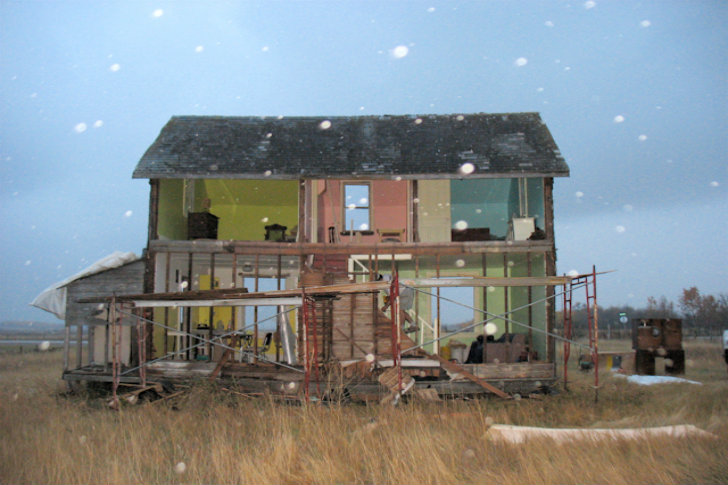 “Dollhouse” transforms an abandoned 1960s farmhouse in Saskatchewan into a perfect replica of a tiny doll’s abode, complete with a transparent facade on one side so people can peer right in. Taking inspiration from the Barbie houses of her childhood, Benning spent 18 months on the project, re-shingling the roof, painting the rooms in pastel sherbet shades and bringing in 1960s era furniture. 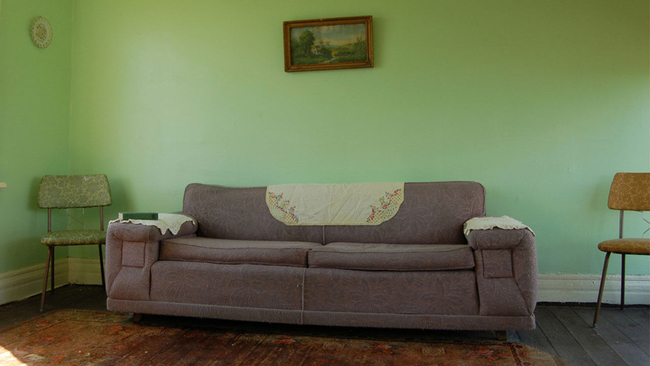 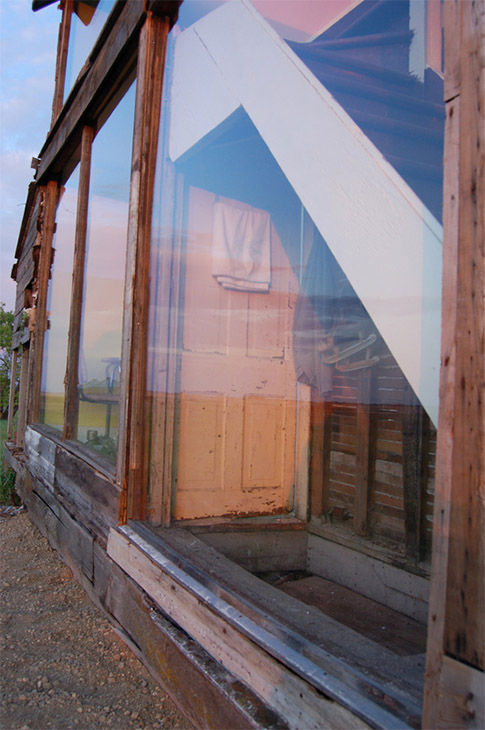 From the road, the old house looks much like it has for the last few decades. The secret is only revealed when you park and walk around to the back side, where one face is seemingly peeled away for the sake of voyeurism. For casual onlookers who didn’t know what to expect, the shock must have been surreal. 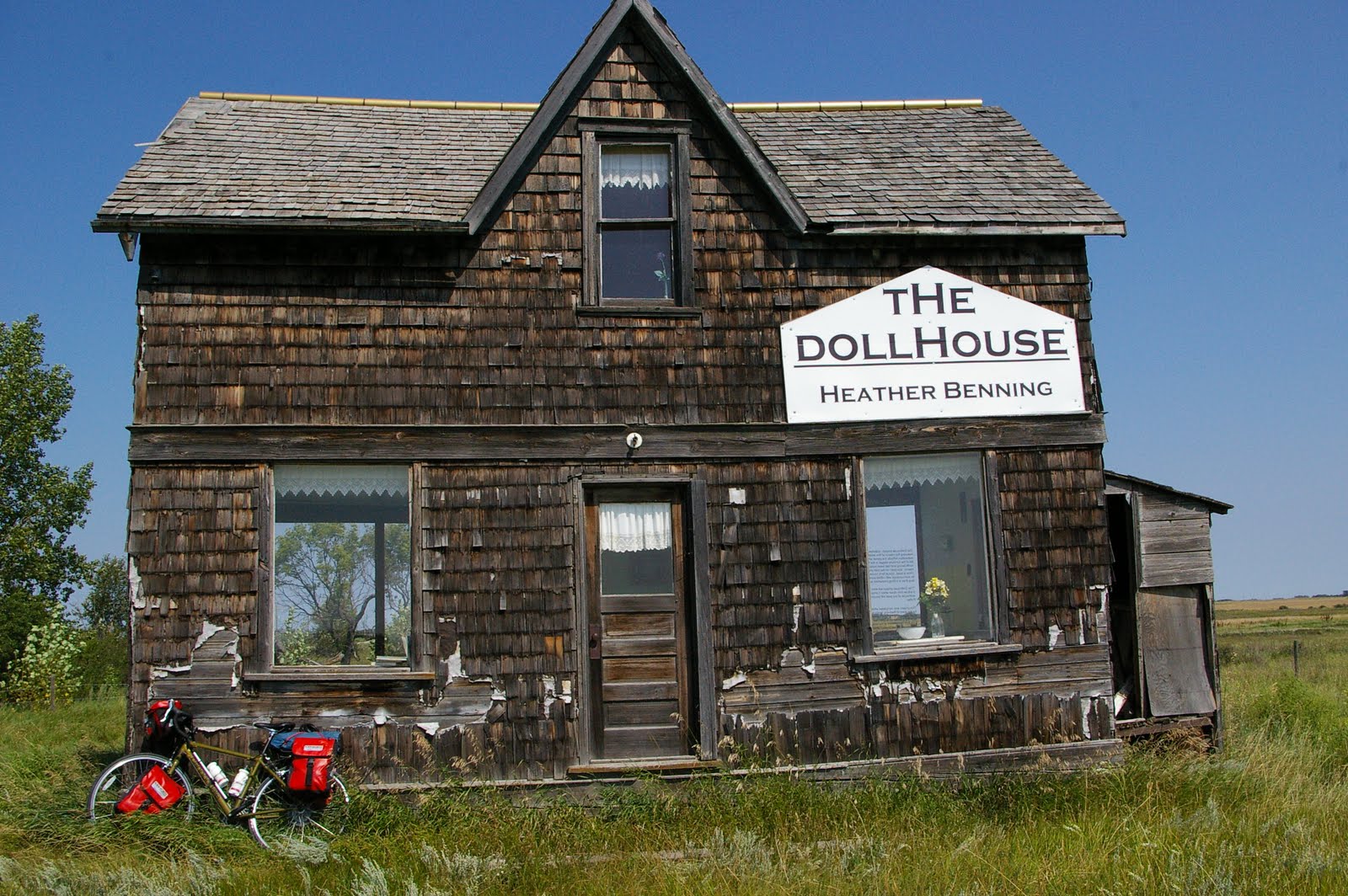 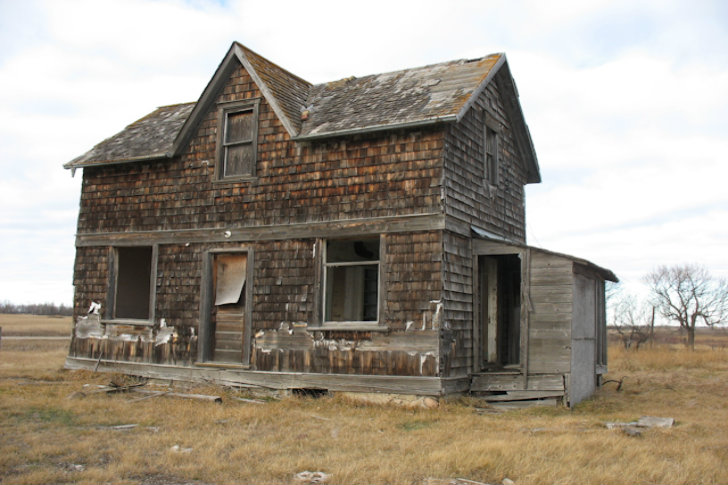 The real, period-appropriate furniture used inside is fun, but imagine how much weirder it could have been if they’d used scanned & scaled-up plastic dollhouse furniture instead.
In any case, you might be surprised to learn that Heather Benning’s creepy dollhouse has met with a dramatic, but perhaps fitting, end. 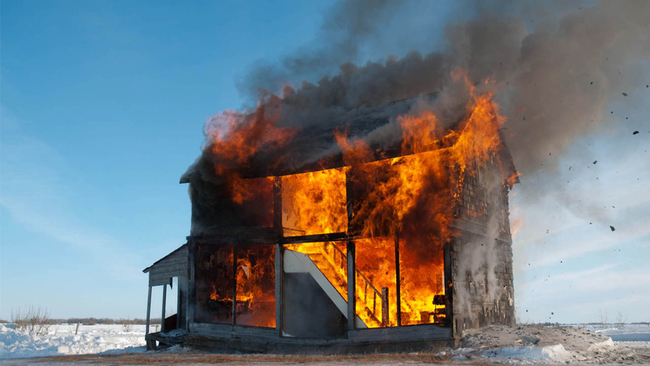 Continue reading below
Our Featured Videos
“The Dollhouse was an 8 year project, which reached completion on March 23rd, 2013,” says Benning. “In 2005 I acquired the use of a farmhouse, abandoned in the late 60’s.  The house was located near Sinclair Manitoba on highway #2.  For over 18 months ( – winter) I re-shingled the roof with recycled shingles and restored and furnished the house to the era the house was abandoned.  I then removed the north-facing wall and replaced it with plexi-glass.  The house was officially opened to the public June 9th, 2007.  The house then stood tomb-like as a life-sized dollhouse for 6 years.”
“In October of 2012 the house began to show its age, the foundation was compromised.  The house was only meant to stand as long as it remained safe.  In March of 2013 The Dollhouse met its death with fire.”