Many of us experience the climate crisis as a sense of existential dread hovering over our daily lives. It’s there in the background of our minds as we go about all of the mundane tasks that keep us too busy to take any real action to stop it. But what if we couldn’t tune it out so easily? What if we could actually hear the glaciers crackling in the warming Arctic and the oceans rising to meet our fragile coastal cities? Land’s End, a new installation by the San Francisco-based FOR-SITE Foundation, brings these eerie sounds and other climate change-related works of art to a seaside setting where it all feels much more real and immediate. 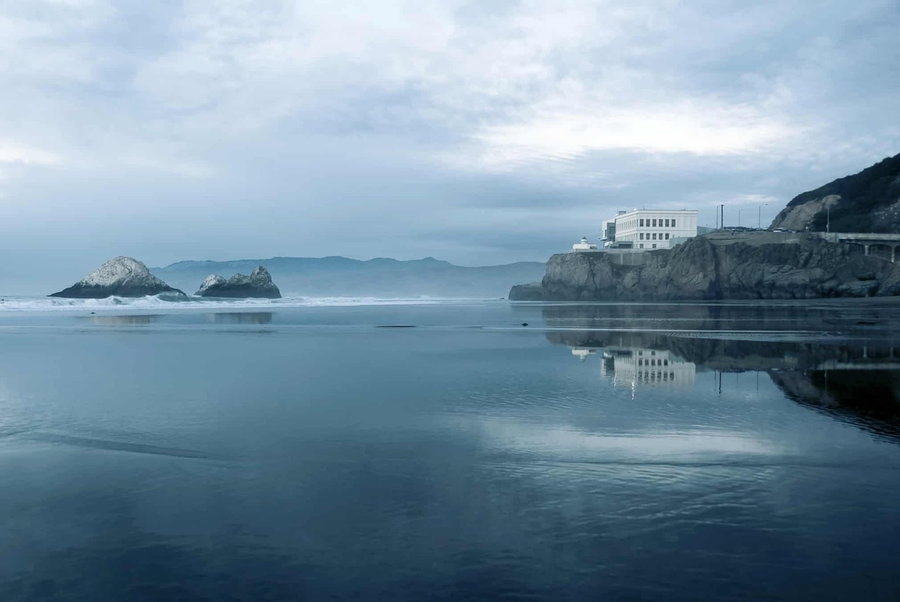 The exhibit, featuring works from 27 artists, is now open to the public at the historic Cliff House, a former restaurant and ballroom built in the mid-19th century that looks upon the former Sutro Baths and the Pacific Ocean. Presented in conjunction with the National Park Service, which now owns the neoclassical building, Land’s End features works from big-name artists and designers like Andy Goldsworthy and Iris van Herpen, emphasizing just how much we are affecting the health of our planet and how dire the situation truly is. 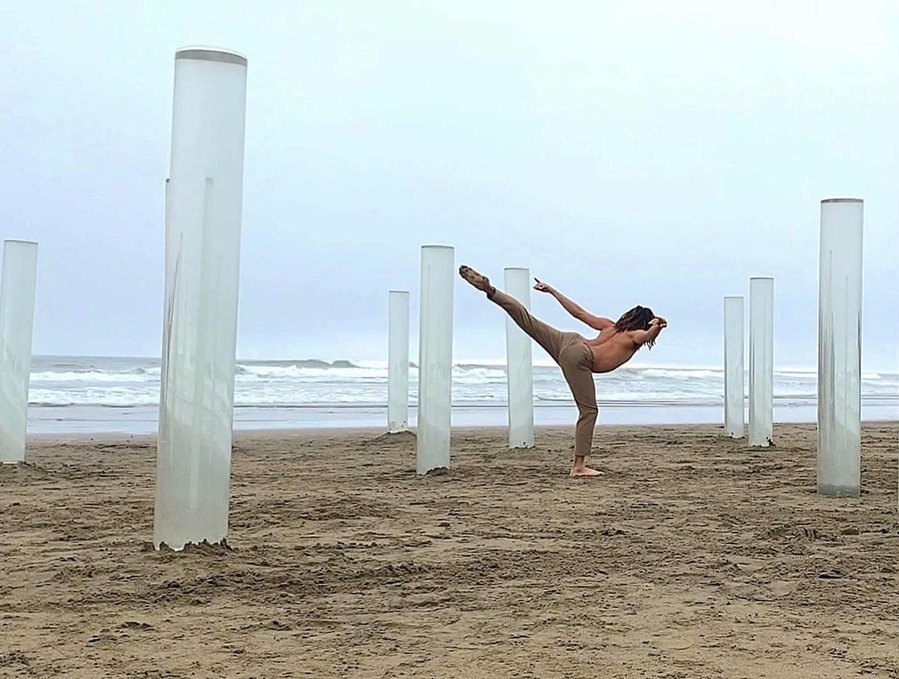 “On the Horizon” by Ana Teresa Fernández brings an installation of 16 transparent cylindrical pillars to the beach outside, each measuring six feet tall and filled with water from the Pacific to demonstrate how much sea levels are expected to rise in the next century. 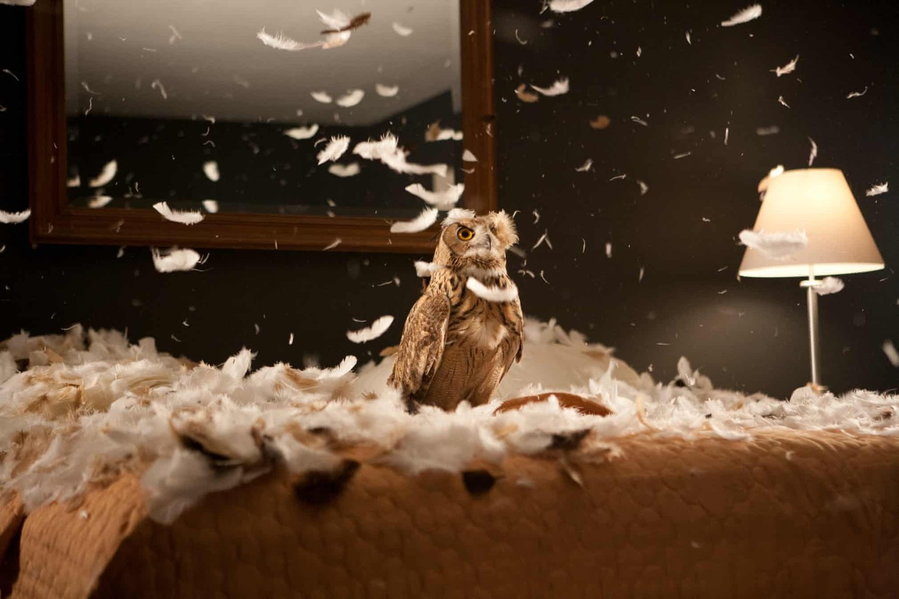 For his 2008 film “migration (empire),” artist Doug Aitken created a series of surreal vignettes in which North American migratory animals take up residence in vacant motel rooms, exploring the relationship between wilderness and the sprawling built environment. He explains: “Filmed across the United States in roadside motels — ubiquitous structures that present powerful allegories of transience, mobility, and the westward expansion that has dramatically displaced and reduced animal populations in North America — migration (empire) asks us to consider our own infringement on the natural world.” 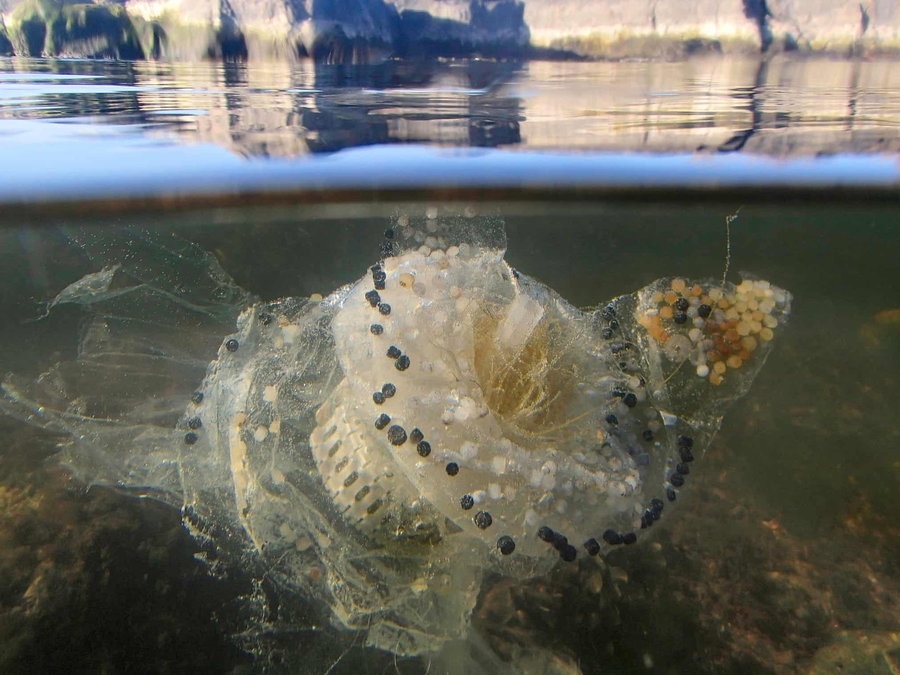 A series of sculptures and videos by Finnish artist Tuula Närhinen transform plastic trash that has washed ashore into strange aquatic specimens, mimicking organic sea life with the substance that threatens its existence. “For better or for worse,” the artist says, “plasticity is a testament to life’s metamorphic capability.” 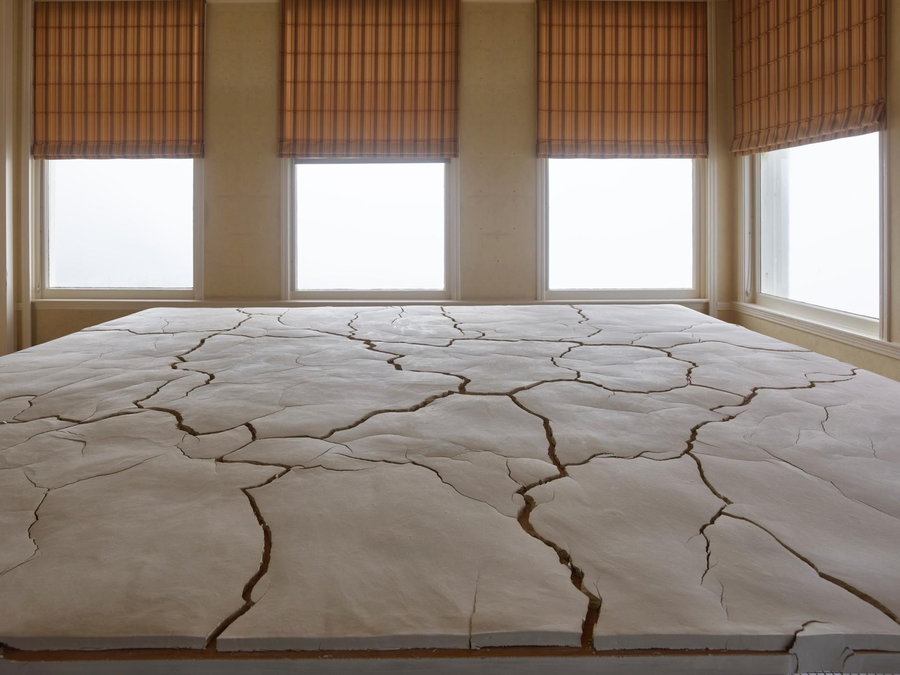 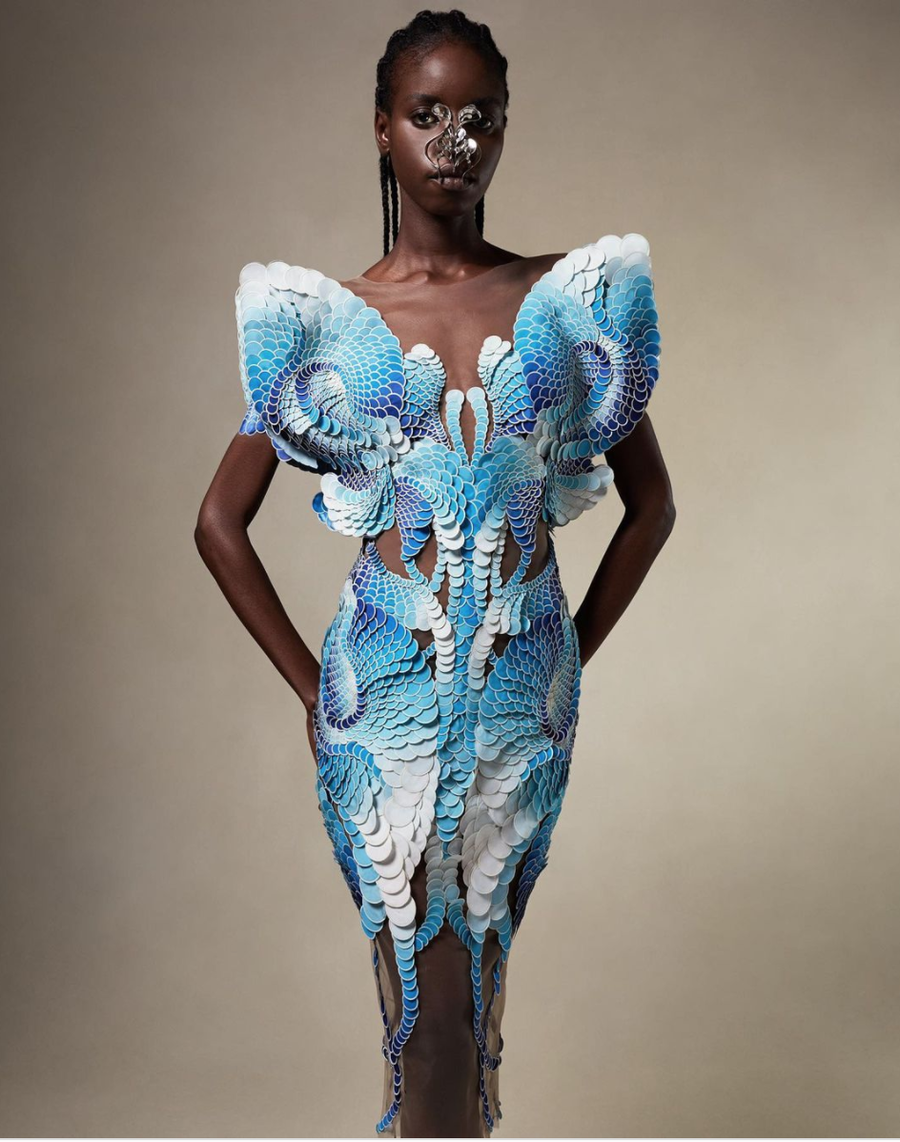 Fashion designer Iris Van Herpen, known for her innovative futuristic experimentations with textiles, also adds her “Blue Marble Dress” into the mix. Its hand-cut spheres are gradient-dyed from aquatic blue to white, layered and hand-stitched to create an optical illusion of floating. These spheres are made from Parley Ocean Plastic, itself sourced from upcycled marine debris in collaboration with Parley from the Oceans.

Cliff House proves to be a resonant fit with the works on display, and not just because the crashing ocean waves outside the windows are impossible to ignore. The installation was delayed in October due to record-setting rainstorms, and the roof springing a leak. The building itself is at risk of being claimed by the shifting geology of the setting. “This is not a tranquil site,” says FOR-SITE founder Cheryl Haines. “You do feel quite raw and exposed on this precipice. I really felt beleaguered [during the installation] and it made me even more conscious of the fragility and violence that exist in nature and how important it is for us to respect that and do our small part to not aggravate it further.”

Land’s End is free to the public with timed entries for COVID safety, 11am to 5pm Thursday through Sunday until March 27th, 2022 at 1090 Point Lobos Ave., San Francisco. If you can’t visit in person, check out the virtual tour on the FOR-SITE website.