This new retreat in the Canadian Rockies is not for the faint of heart. The project was designed by LAAV Architects, a firm that was hired after winning a competition to serve as the architectural ambassador to a marketing campaign by Infiniti Motors. More specifically, winning the competition gave LAAV the dream job of creating unique structures for a series of advertisements for the car company, which itself is about to launch the new 2018 Infiniti QX80 model and wanted some slick backgrounds against which they could film it. LAAV were more than up to the challenge, creating what can only be described as a car-crazy bachelor’s dream pad embedded into the granite face of an imposing mountainside. 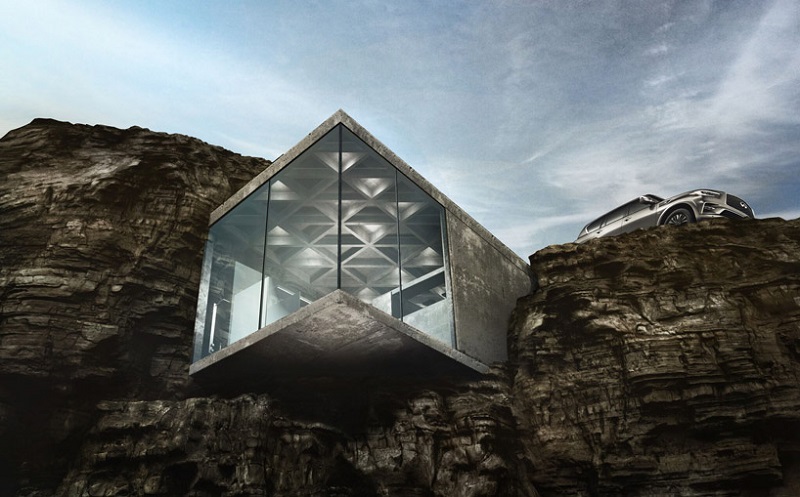 This stylish “cabin” is called “Maralah,” a word meaning “person who was born during an earthquake” in the language of the Native Americans who used to inhabit the area. This modern concrete volume juts out from the raw cliff face and eventually comes to a point (the corner of which is fully glazed), blurring the lines between interior and exterior and surely setting off someone’s vertigo if they are uncomfortable with heights.

Maralah is envisioned as an isolated retreat for anyone who’s looking to get away from the madness of city life and reconnect with nature in a luxurious fashion (rather than in a rustic log cabin). It takes its cues from architects like John Lautner and Frank Lloyd Wright, offering a particular sort of masculine retreat — namely, a rural man cave for the discerning male. 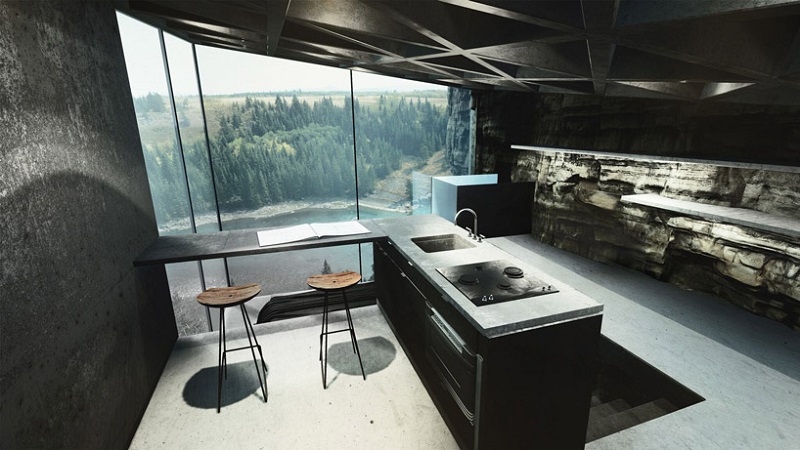 The floor to ceiling glazing at Maralah’s corner affords the people inside panoramic views out over the river below and the forest beyond — a truly spectacular sight to behold. Measuring only 45 square meters, the cabin is made entirely out of raw concrete and black steel. Internally, there is a kitchen/reading area, which leads down into the bedroom via a small set of steps. A bathroom pod is located in the corner of the bedroom area and separated both visually and physically by opaque glass screens, offering privacy and material tension to the cabin. 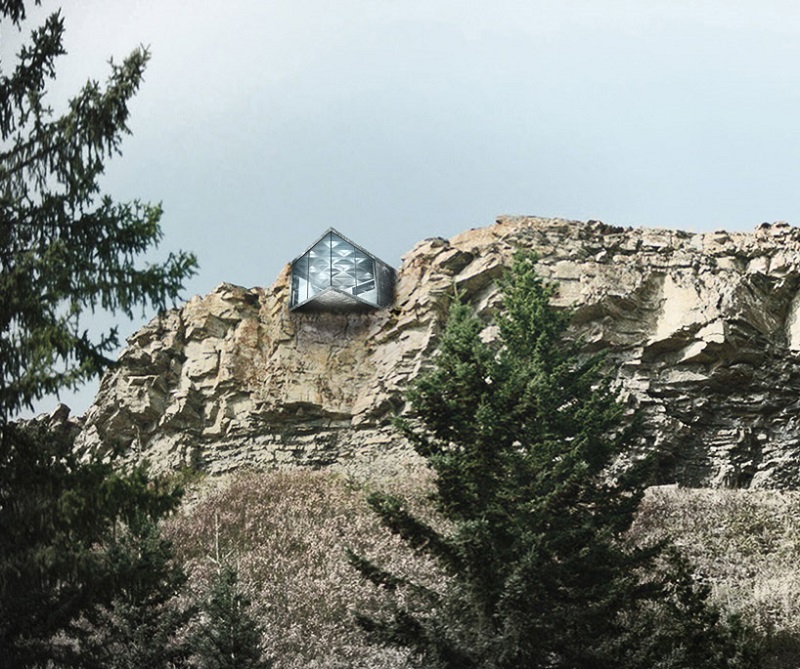 From the renderings that have already been released for the project, it appears as if the granite cliff on which the cabin will sit will also make an appearance inside, with one of the walls being made up of nothing more than raw hewn rock. The cabin’s footprint is square, but it will be rotated on the cliff to allow the glazed corner to cantilever over the drop, creating an interesting relationship with the landscape and taking advantage of the impressive views around the curve of the river. 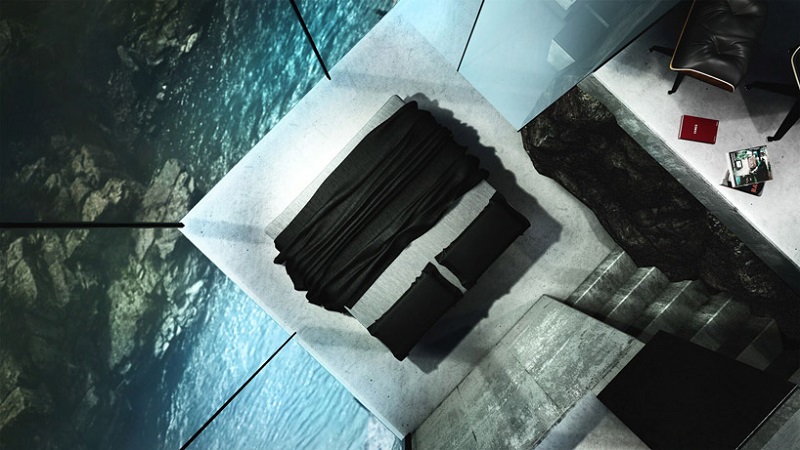 As of yet, the project is purely speculative, but by the looks of things, Maralah will make the perfect destination for the driver of the new QX80. So far, the films that have been used for Infinti’s advertising campaign have all been shot in Calgary by production company Zuma4 Productions. It remains to be seen whether or not the cabin will actually come to fruition, though, as extreme projects like this one often prove difficult to execute in reality.