A Spanish housing cooperative that allowed its residents to weather the COVID lockdowns together has just won the prestigious Mies van der Rohe Emerging Architecture prize. 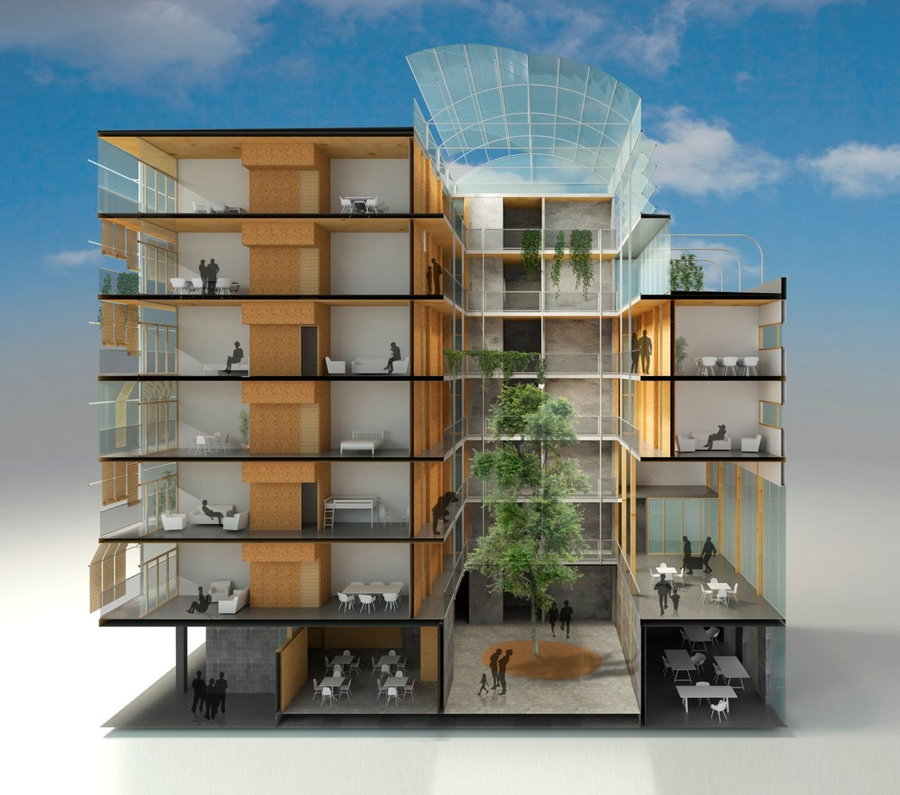 Designed by the Catalan architecture co-op Lacol, “La Borda” was built in the Sants neighborhood of Barcelona a little over a year before the pandemic hit. When Spain’s lockdowns (some of the strictest in Europe) went into effect, the communal nature of the building made it possible for residents to continue socializing in shared spaces like the kitchen, laundry, and multipurpose room, avoiding the severe isolation many in single-family dwellings experienced. 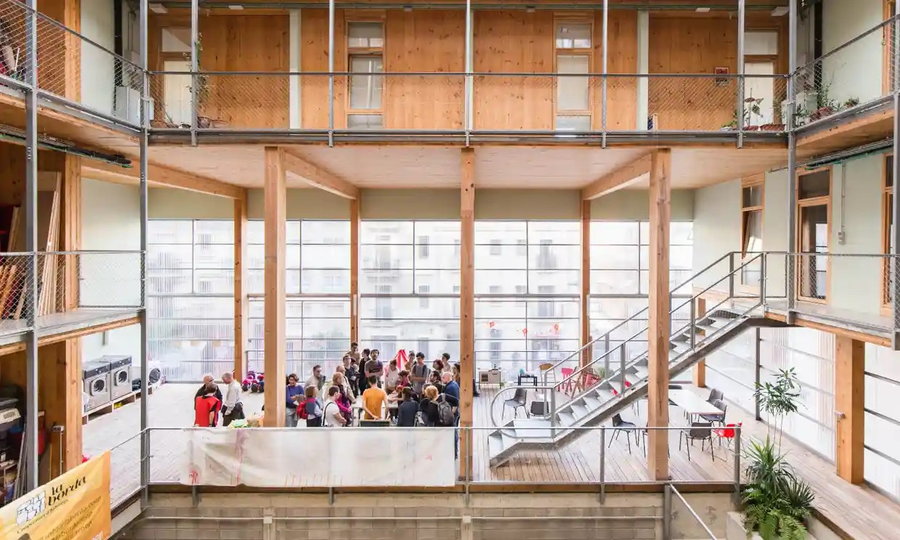 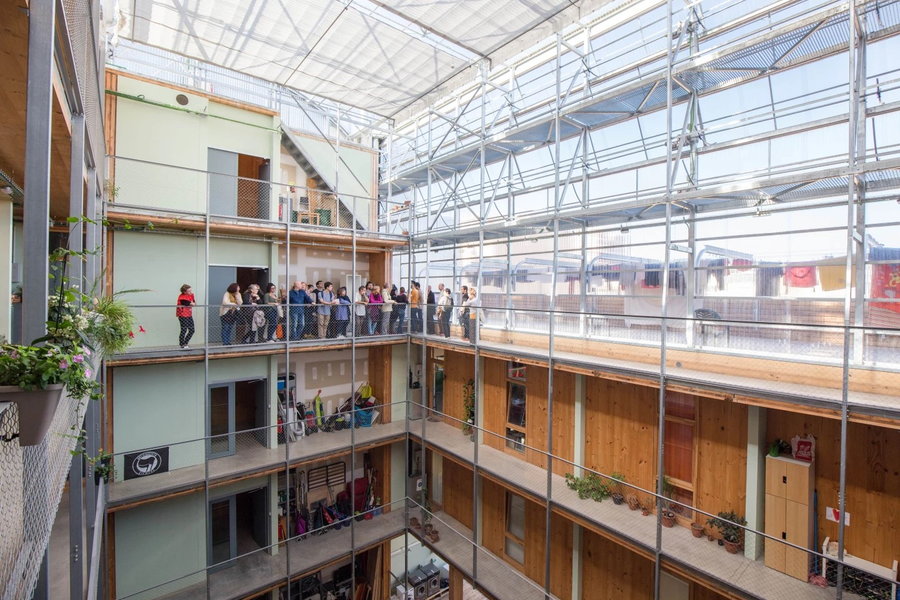 The 28-unit structure was also designed with enough flexibility to adapt to the needs of its members during a pandemic. “It was a privilege to live through COVID here,” says Cristina Gamboa, one of the two principal architects on the project and a resident of La Borda. “It showed that these spaces allow for the sort of interaction that wouldn’t be possible in a conventional apartment block. For example, the guest rooms couldn’t be used because no one was traveling, so they became workspaces.” 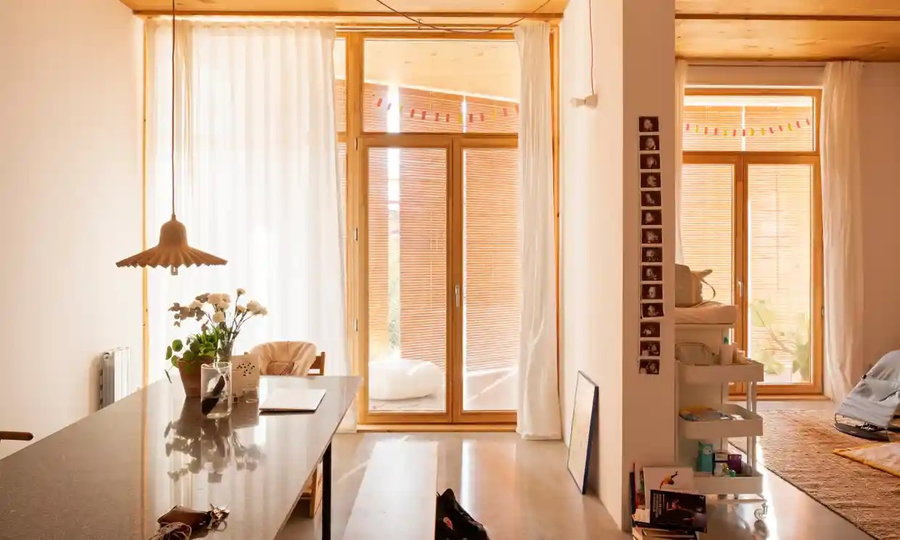 The idea of the cooperative development was hatched in 2011, when the abandoned Can Batlló industrial site was occupied by locals as part of a campaign to return the land to the community. The next year, a plan was formed to revitalize the area with a co-op residential building, as well as a school, bar/restaurant, publishing house, and carpentry workshop. 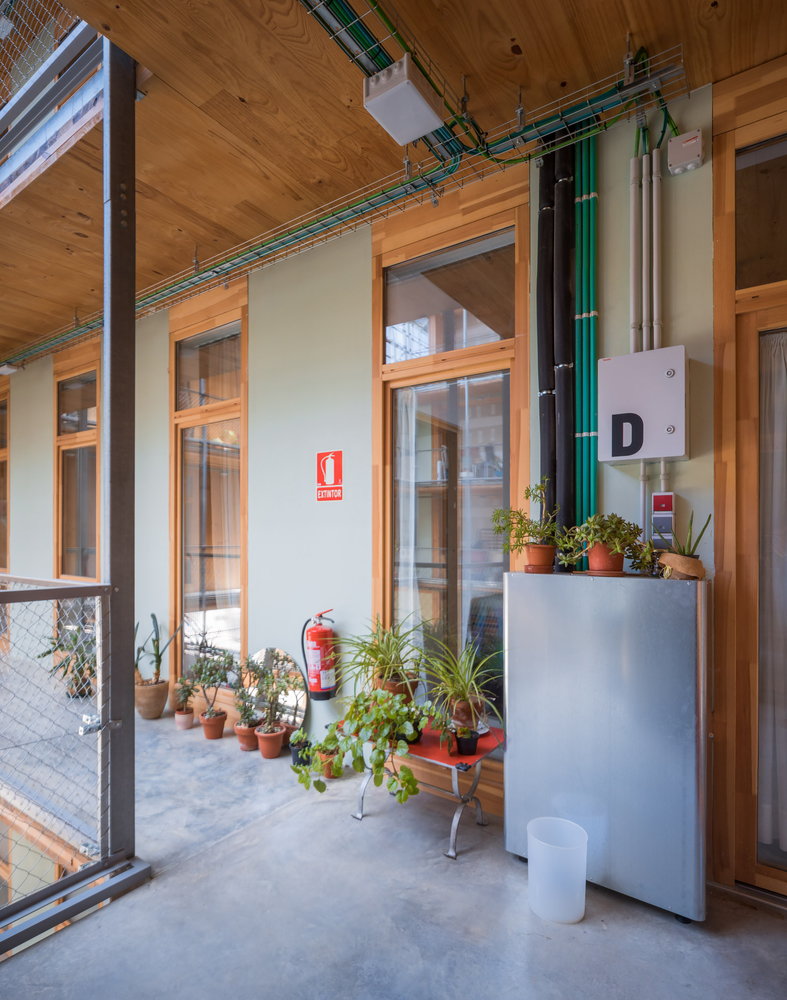 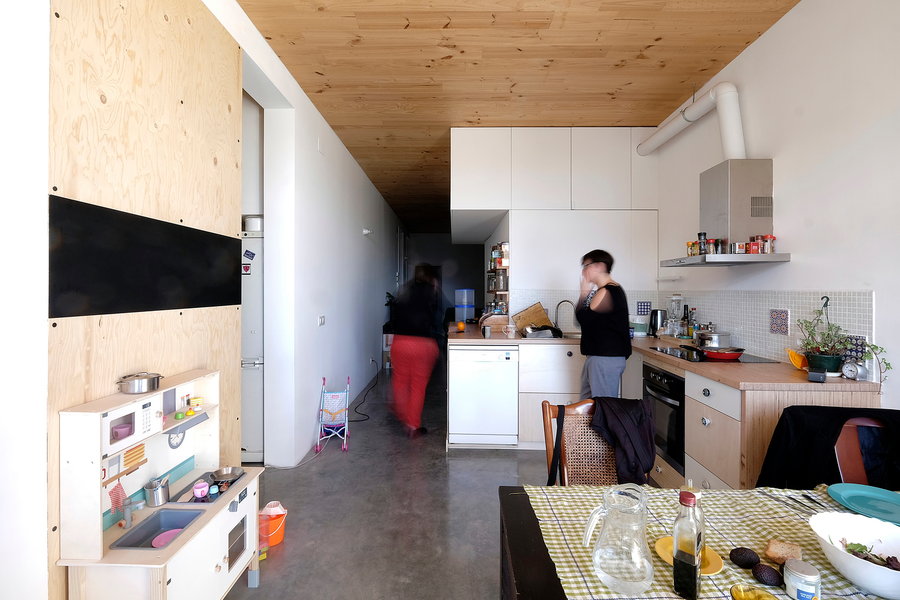 When the Lacol architects were tasked with creating the co-op, they outlined three fundamental principles for the project. The first was to “redefine the collective housing program” by encouraging social interaction in every corner of the design. All 28 living units, the kitchen-dining room, guest spaces, health and care rooms, storage, and patios are centered around a multi-story courtyard, providing for maximum community contact. 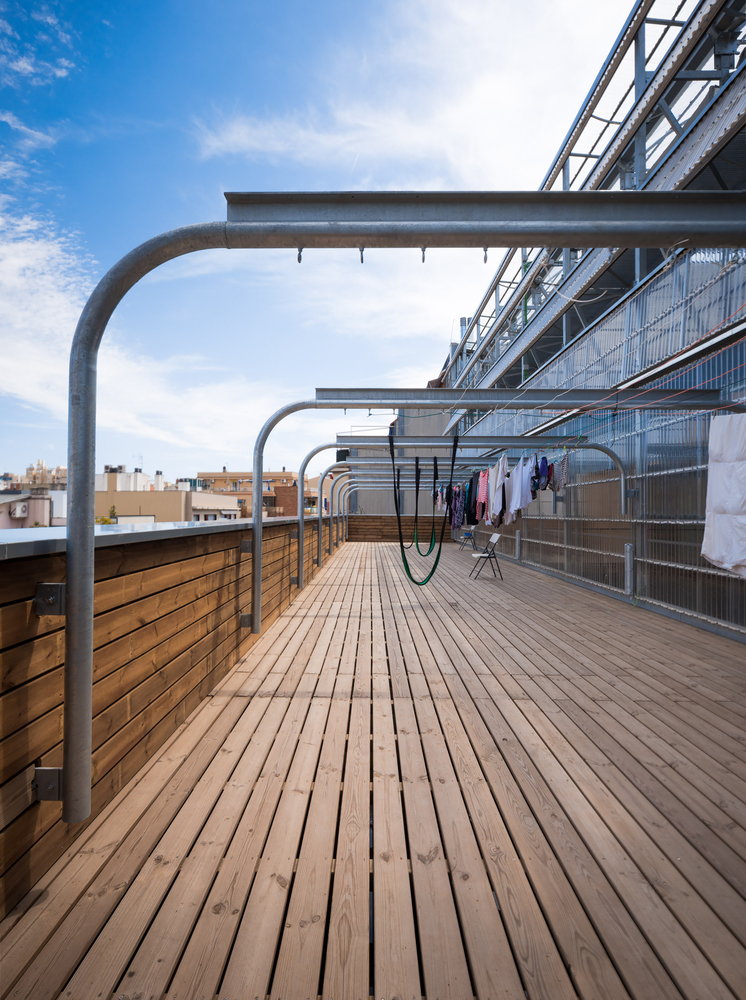 The second goal was to incorporate “sustainability and environmental quality.” The architects explain: “We started from the conviction that the best strategy is to reduce the initial demand of all the environmental vectors of the building (energy, water, materials, and waste), especially at the energy level, where we prioritized passive strategies to achieve maximum use of existing resources.” For example, 20 solar panels on the roof provide a quarter of the building’s energy needs. 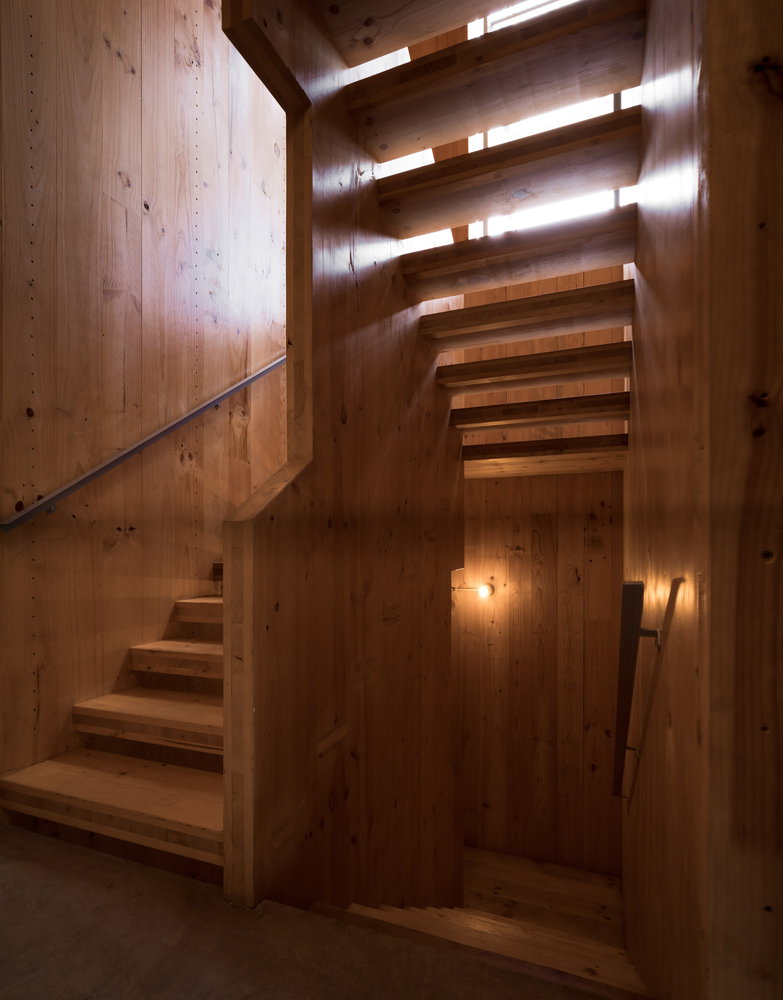 Third, Lacol designers sought to foster user participation. The collective management of La Borda means that residents are in charge of determining the use of the space. The building is located on a piece of public land set aside for social housing that the co-op board can lease for up to 75 years. Co-op members do not own their flats and cannot sell or sublet them, emphasizing the “use value” above the “exchange value” of the units. While members do have to pay a one-time refundable fee of €18,500, the monthly rent is still 30 to 35 percent below market rates. With rents and housing prices climbing quickly, 80 percent of Spain’s 18 to 30-year-olds still live with their parents. Living spaces like La Borda would make it much more affordable for people to establish their own households. As a testament to its desirability, the co-op already has a 50-person wait list. 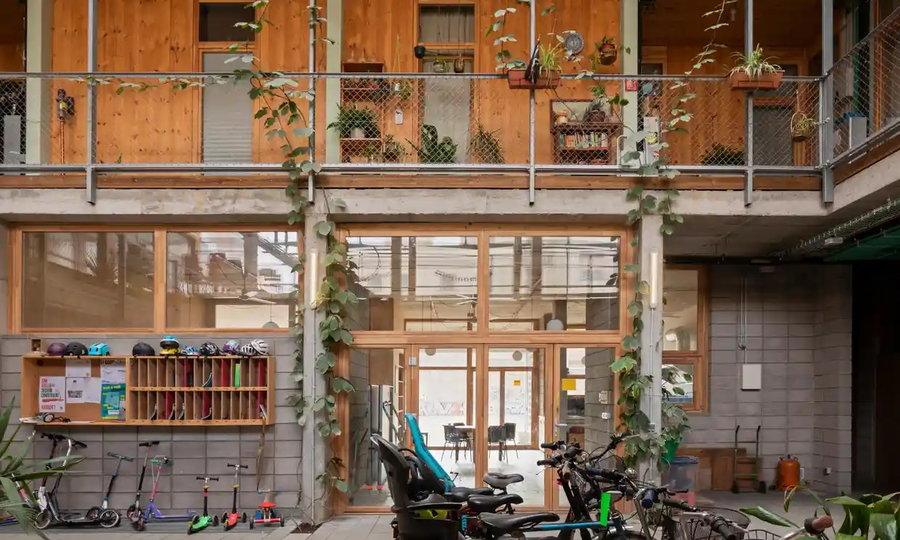 The Mies van der Rohe Foundation praised the design as “a role model and an active tool for promoting political and urban change from within the system, based on social, ecological, and economic sustainability.” 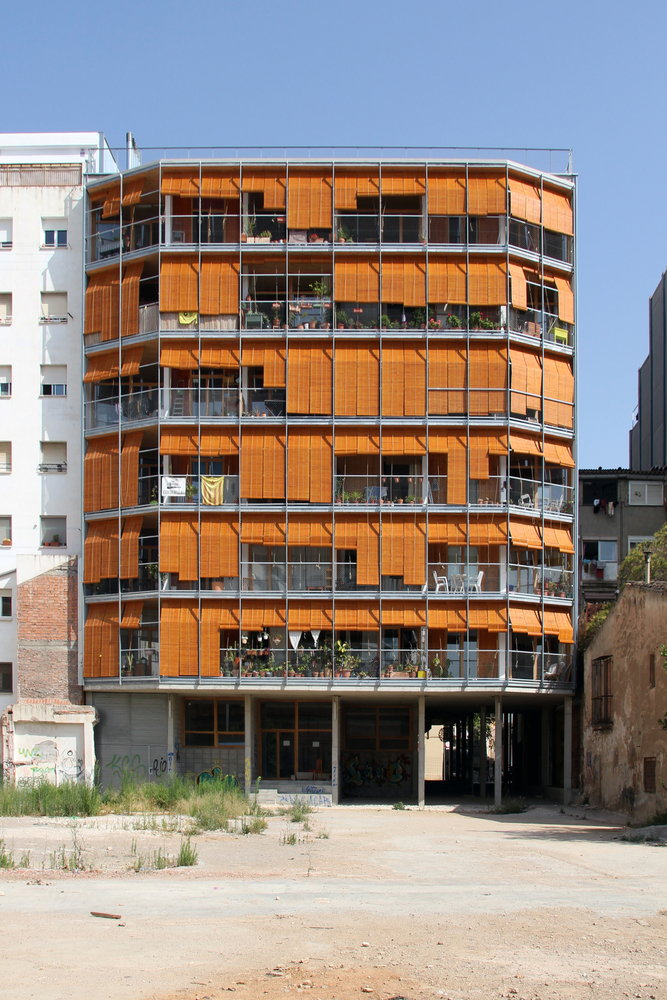 Lacol was awarded the honor and the €20,000 at an official ceremony on May 12th. The company adds that some of the money will be used for a celebratory dinner for the La Borda renters and those who helped make the project a reality.