Although her onstage work is all fireworks and roar, a peek at singer Katy Perry’s Beverly Hills mansion shows she enjoys a decidedly quieter atmosphere in her down time. The California Gurl recently listed her one-plus acre estate in the well-guarded celebrity neighborhood on Hidden Valley Road for $19.5 million, giving fans a never-before-seen glimpse into her personal style. 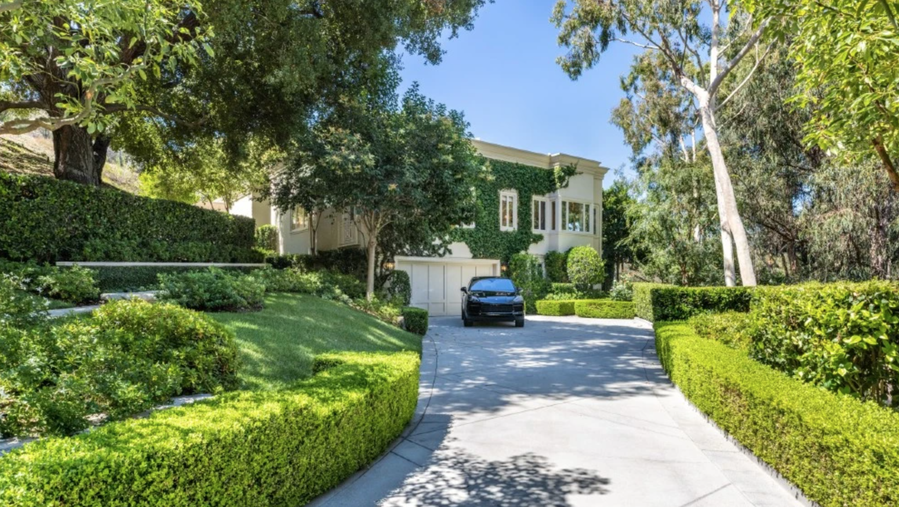 According to the listing by Hilton & Hyland, the property entrance starts with an “incredible ¼-mile drive with massive gates” that leads up to the ivy-covered home “surrounded by a forest of parkland and nature elements.” 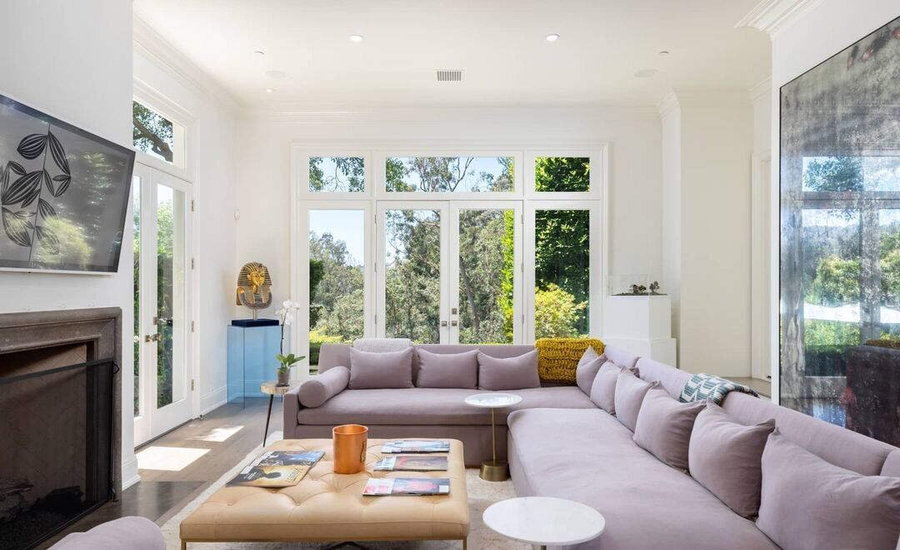 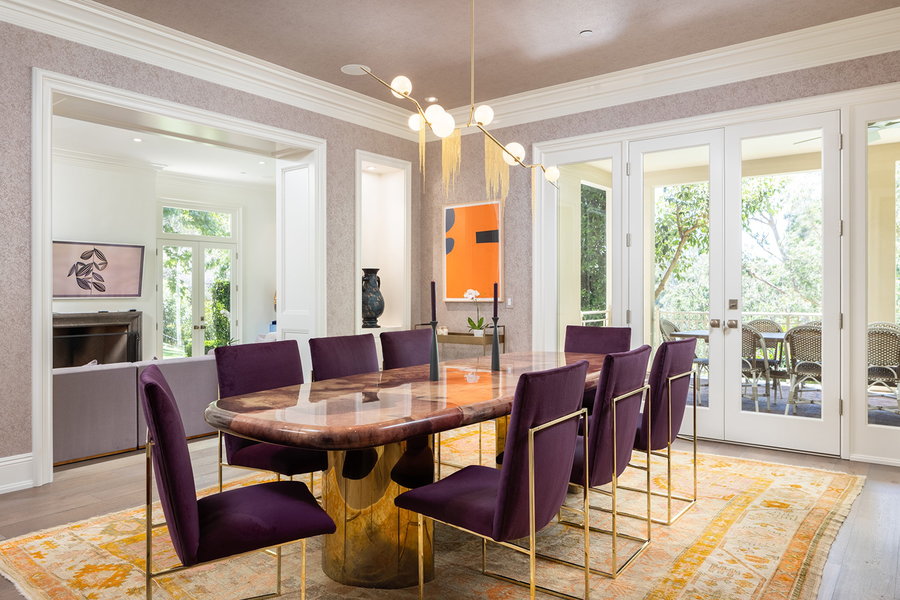 The grounds include an expansive lawn shaded by mature trees, one of which houses the treehouse of every child’s dreams. In the back is an infinity-edge pool and spa that appears to spill over the bordering hillside. The listing also boasts direct access from within the neighborhood to both private hiking trails and Franklin Canyon trails. There’s also “parking for dozens of cars [and] on-site security,” a definite draw for all the Hollywood parties the next celebrity owner is sure to throw. 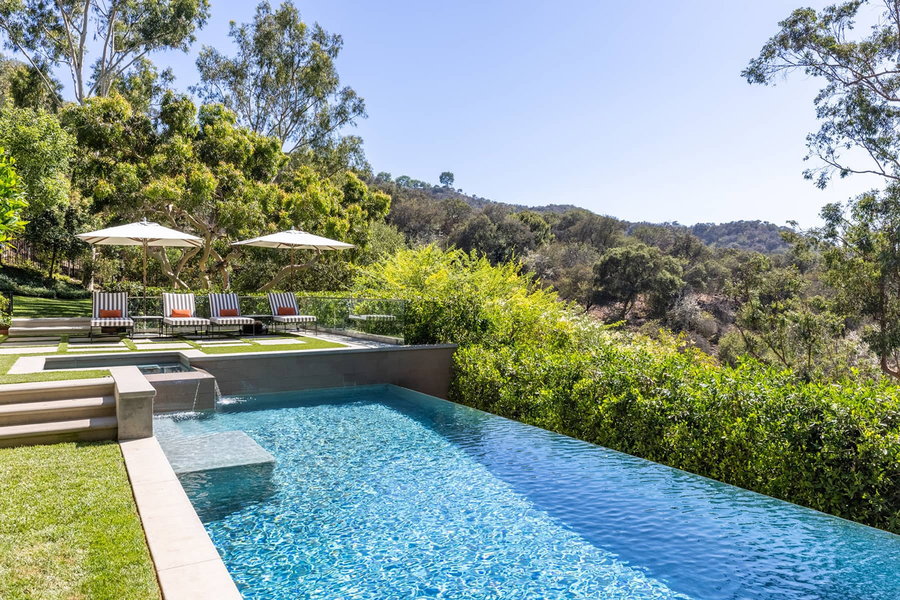 Decorated in a modern Hollywood Regency aesthetic, the 1959 home is classy, understated, and serene in its furnishings and colors. The front entryway is flooded with natural sunbeams thanks to a large overhead skylight. Various shades of purple grace the insides of Perry’s 5,427-square-foot dwelling, appearing in a lilac sectional in the step-down living room and in regal plum dining chairs. In the private spaces, restful blue reigns supreme. The master suite, with its marble bath, double closets, and garden terrace, is awash in steely blue, while the library walls are covered in a brooding navy. 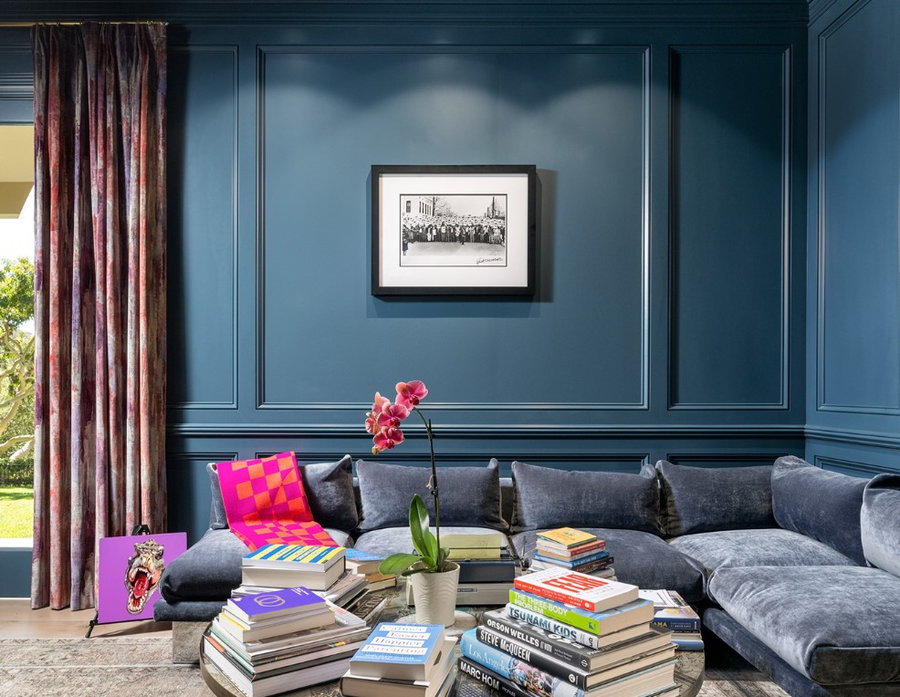 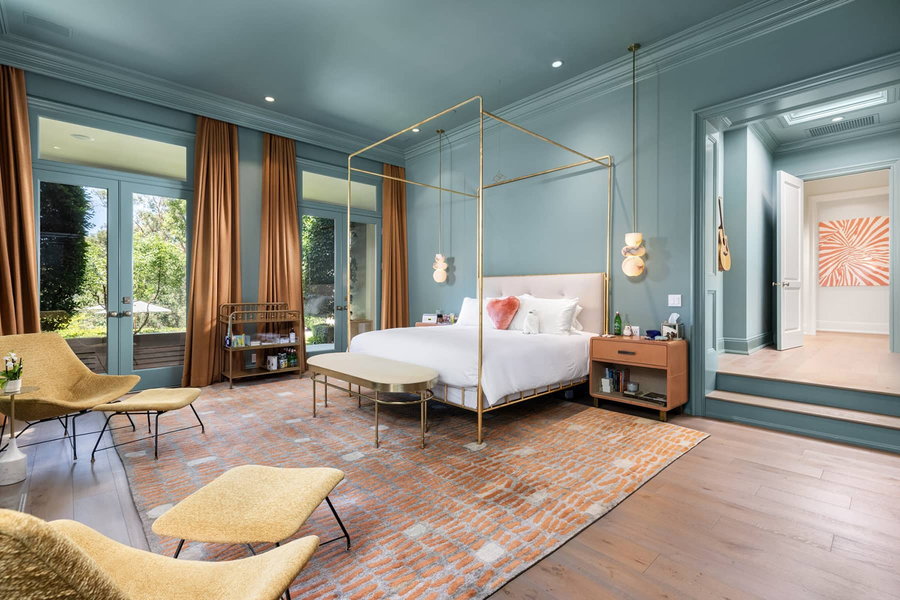 The kitchen is classic with its ivory cabinets and light marble countertops. Geometric pendant lighting keeps the vibe fresh and on-trend. An outdoor eating area allows for alfresco dining while a covered patio provides protection from the elements. And quirky architectural details like a stained-glass eye in the middle of a door surprise throughout. 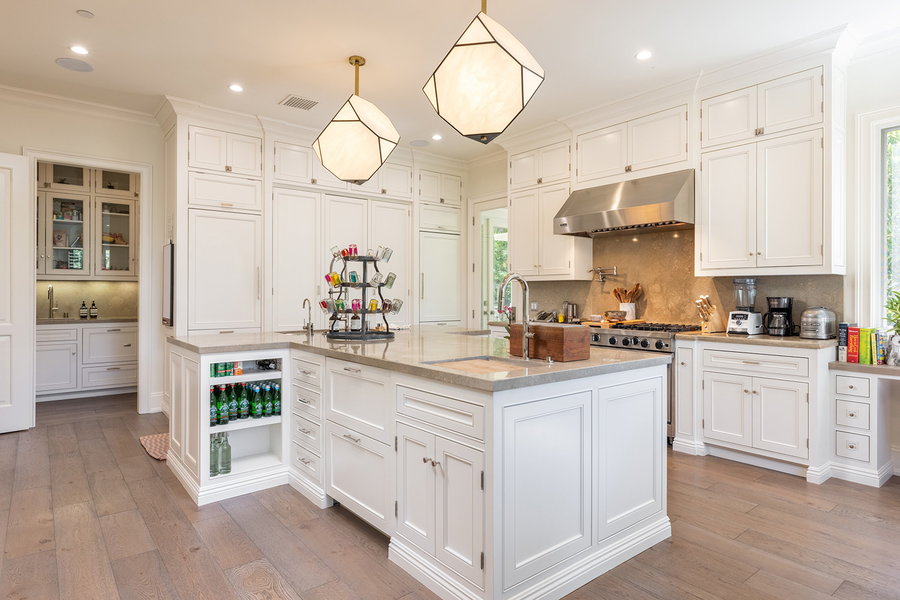 With three fireplaces, four additional bedrooms, six total bathrooms, and a media room on the lower level, the estate is the height of luxury and tranquility. And that’s not to mention the sky-lit gym, complete with cold plunge and shower.

The American Idol judge sold off a smaller 4,410-square-foot house down the street just last year for $7.5 million. That four-bedroom, five-bathroom acted as her guest house and took seven months to sell. 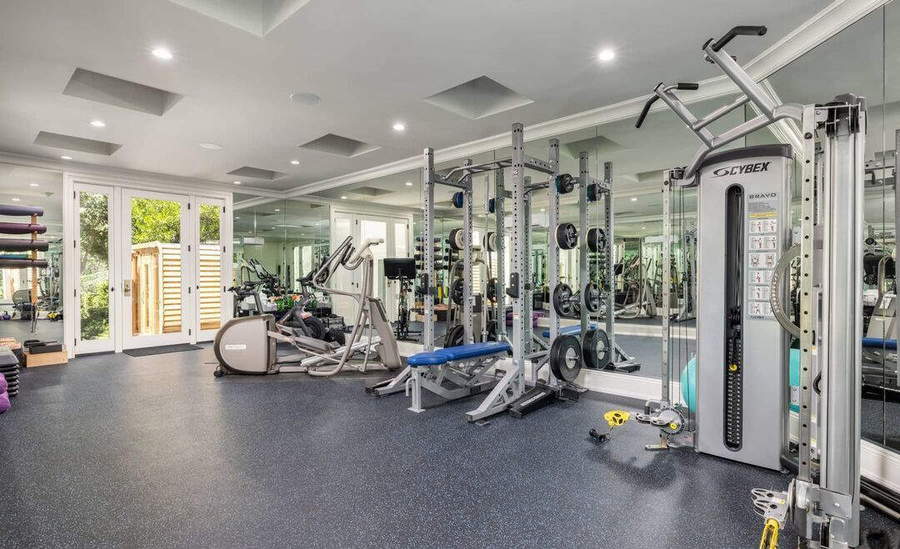 Having only bought the Beverly Hills home in 2017 for $18 million, 37-year-old Perry stands to earn a nice little sum if she gets the full $19.5 million asking price. She, fiancé Orlando Bloom, and their daughter Daisy relocated to Montecito in October 2020, buying a 7,167-square-foot property on 8.9 acres right next to her hometown of Santa Barbara. The couple got a good deal on the 1934, 6-bedroom, 12-bath home, which was originally listed for just $16.25 million. 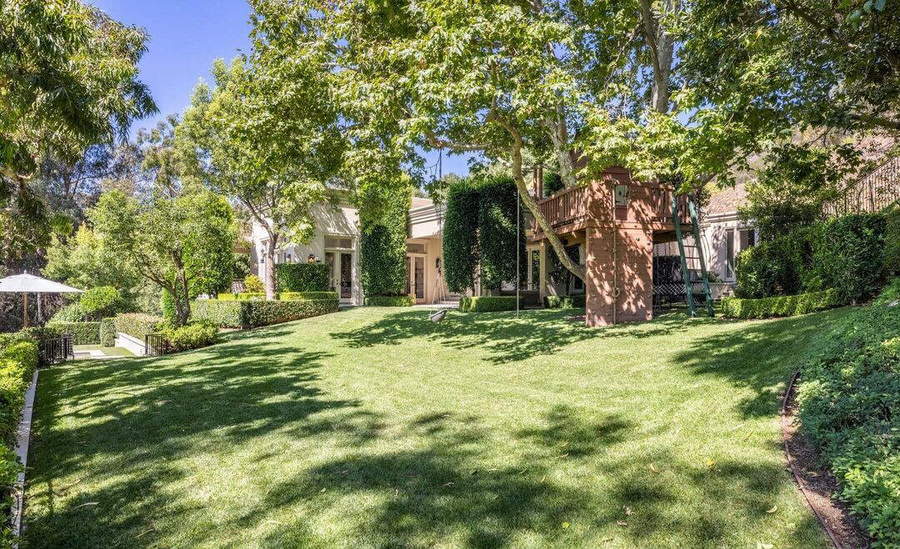 While the family will be leaving behind fellow A-listers like Jennifer Lawrence, Nicole Kidman, and Adele on Hidden Valley Road, Perry’s daughter will still grow up rubbing elbows with plenty of celebrity neighbors including Oprah, Prince Harry and Meghan Markle, Rob Lowe, and Ariana Grande.