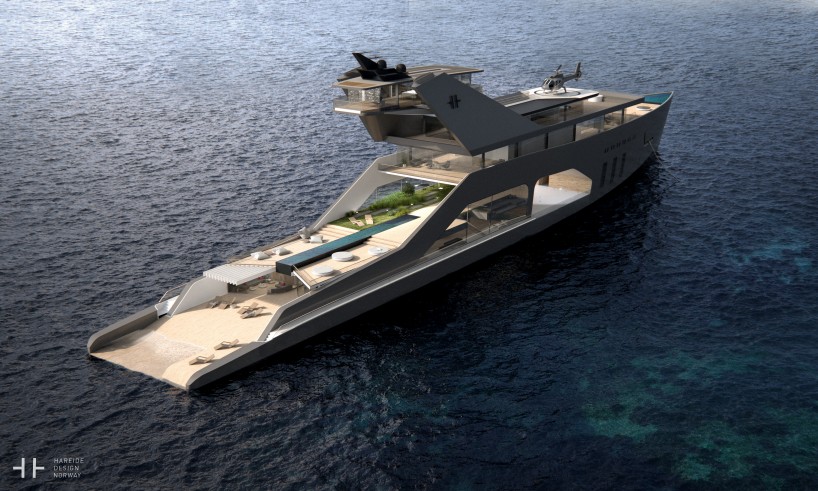 Like the world’s fastest supercars limited to the speed limits on public highways, mega yacht concepts can be more outwardly tailored to an ostentatious display of extreme wealth than realistic everyday usability for their owners. Hareide Design of Norway aims to change that with the 108M Mega Yacht Concept, billing it as a more actively enjoyable option for billionaires than the typical splashy proposals that get passed around the internet. But most of us who don’t have upwards of ten figures in our bank accounts will still find this floating palace to be obliviously outlandish, from the 66-foot infinity pool on the largest deck to the built-in beach at the stern.

There’s a multifunctional grand hall in the ‘hole’ of the hull, perfect for the sheikh who desires private floating concerts from the likes of Mariah Carey and Kanye West. An elevated dining area looks out onto the endless sea, topped with a helipad that makes it easy for your nearest and dearest famous friends to come and go as they please. 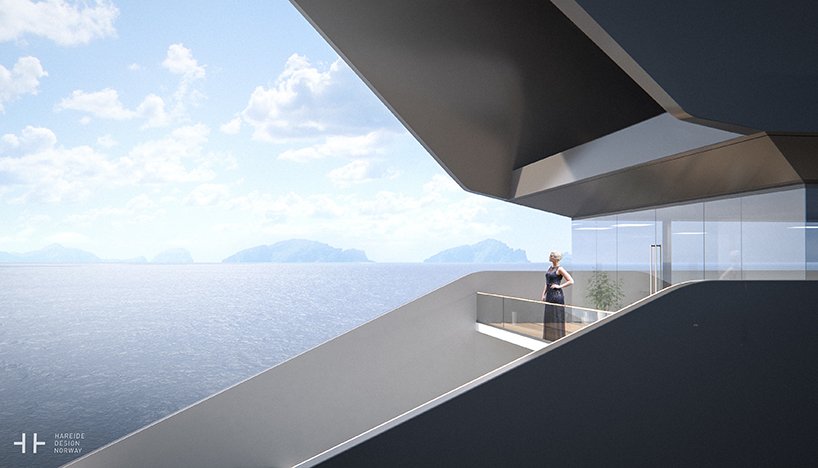 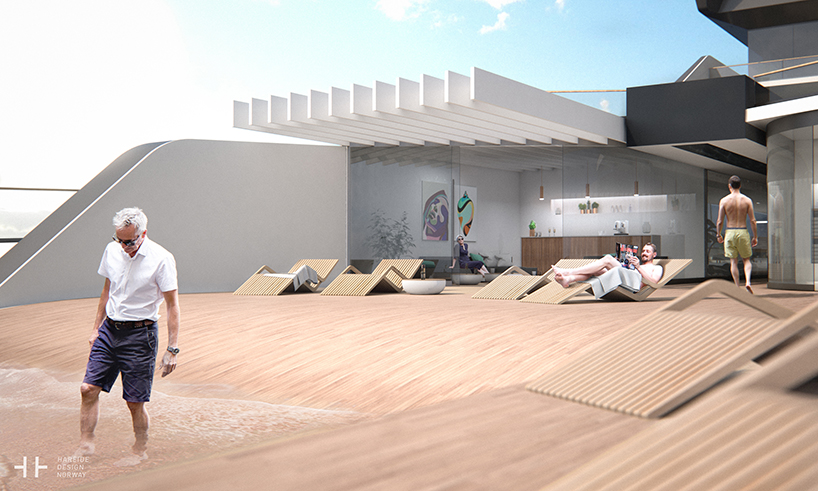 A second pool is positioned just behind the bow, so you can be submerged in water while you pretend to be King of the World in an apparently unintended parallel to the fate of Titanic’s Jack. 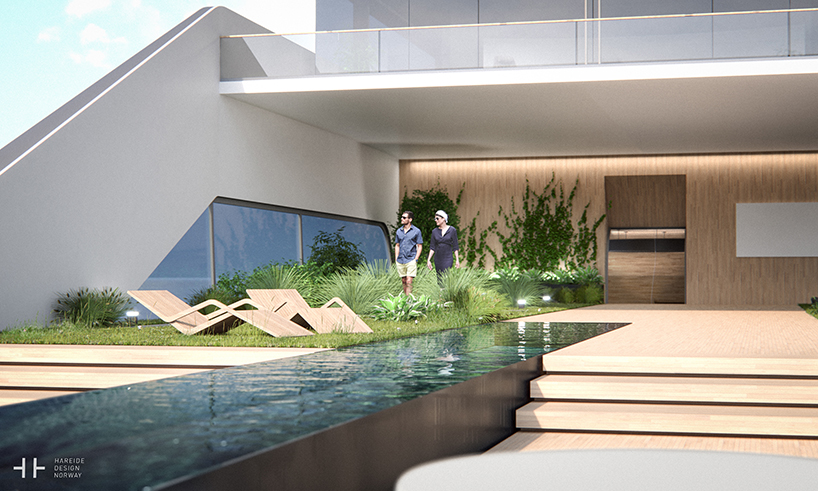 Lushly planted gardens overlook the infinity pool, designed for swimming laps, as well as the yacht’s coolest feature: the ‘beach’ that dips down into the water, inviting waves to climb onboard. Hopefully there’s a way to close that off in rough seas, lest all those lounge chairs get swept out to become homes for barnacles on the ocean floor. 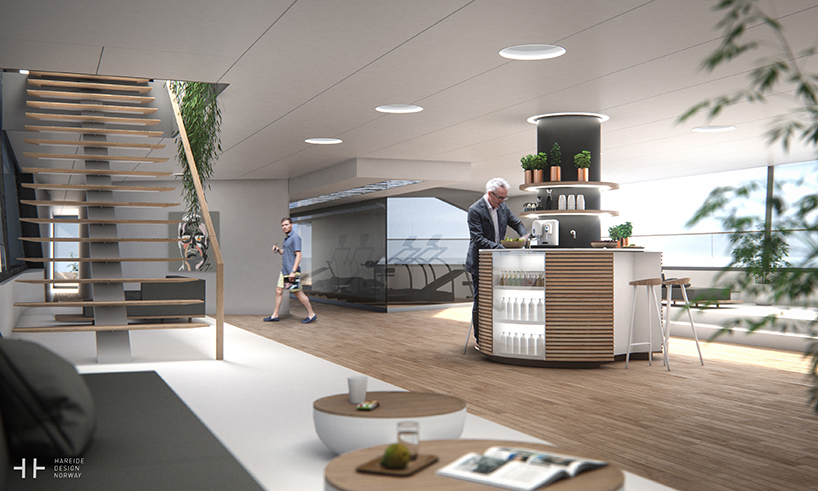 The minimalist design scheme pays tribute to the Scandinavian aesthetics favored by Einar Hariede (the white-haired man depicted throughout the renderings), former design director at Saab Automobile. 355 feet long and equipped with more than 3,000 square feet of high-efficiency solar panels, the 108M Mega Yacht has a price tag estimated at nearly $200 million. No big deal, right? The concept was just released this summer, and so far, nobody has signed up to fund the actual construction of the yacht. 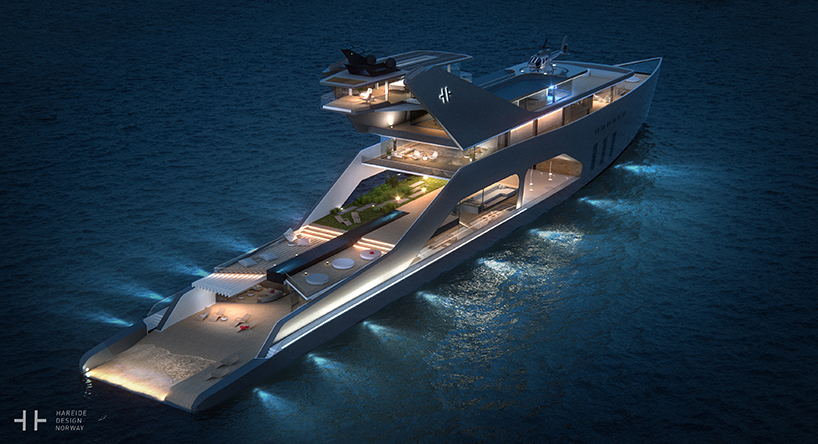 “Today’s mega yachts are most often designed like floating luxury hotels with interiors based on traditional luxury. With this hybrid mega yacht concept we want to shift the focus from extrovert admiration, to creating a platform for actively experiencing the beauty of nature and the changing elements. An elevated dining and viewing area, a tranquil garden surrounding a 20 m pool and a seamless transition to the water at the stern are contributing a complete new and exciting experience on board.” 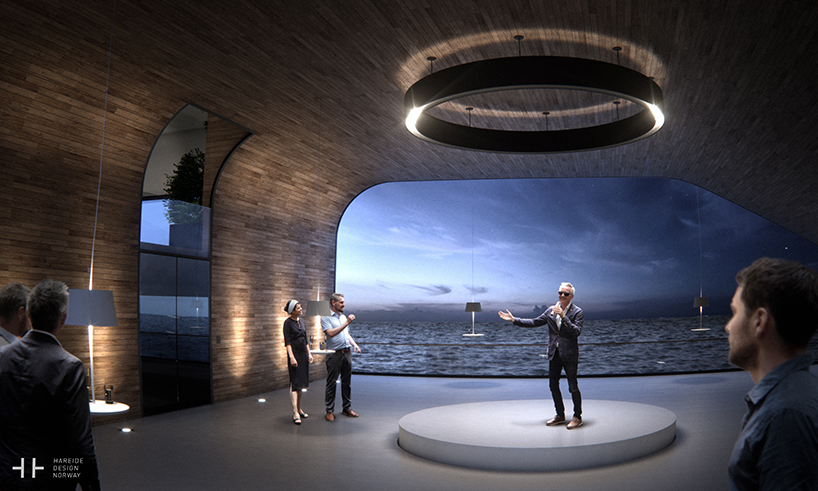 “The multifunctional space of the grand hall gives an unprecedented view and contact with the surrounding nature. The ship is based on a classic 108 m mono hull design with the unique combination of elegance and modernity of Scandinavian design. 300 square meters of high efficiency solar panels charging banks of lithium-ion batteries provides the ship with sustainable energy and enough power for slow cruising along quiet shorelines. For longer distance and higher speed you also have the option for diesel-electric propulsion, and if you get visitors the helipad comes in handy off course.”