Times Square is often the site of avant-garde, kitschy art — and the installations of design company d’strict are no exception. 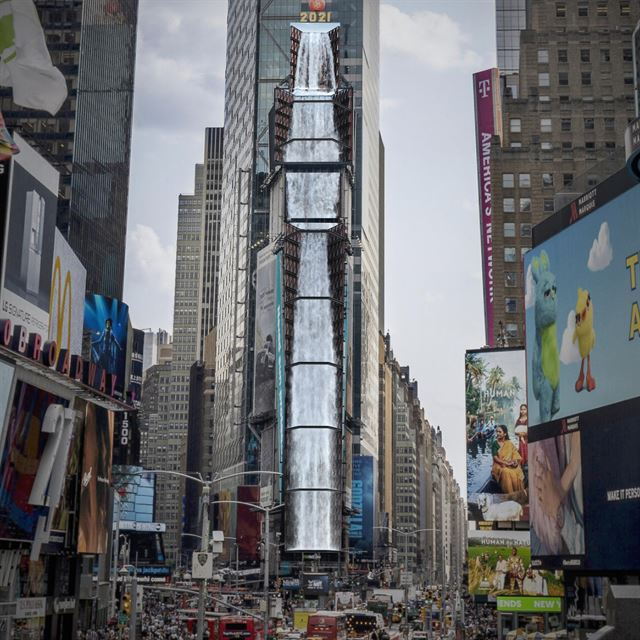 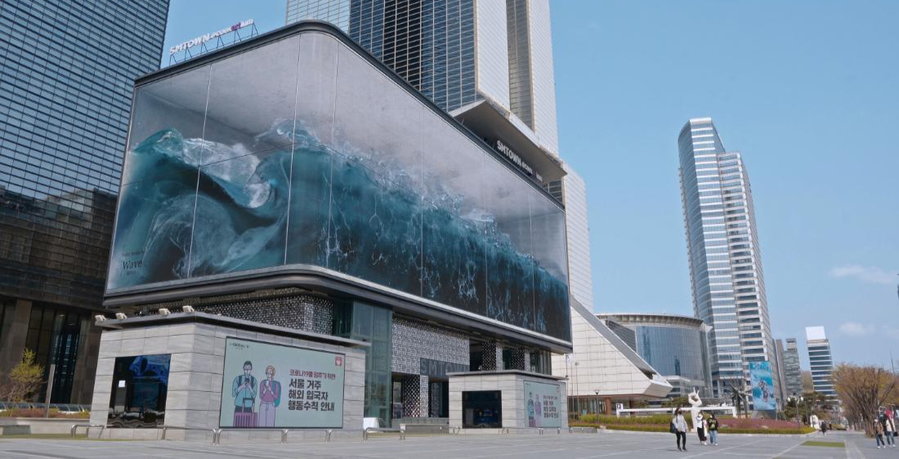 Immersive 3D installations are no stranger to this UX digital design group who debuted their first wave piece in Gangnam, South Korea last year, itself an immersive experience titled “WAVE” which depicted a large, crashing wave that showcased the group’s unique blend of digital and media technologies.

The group is known for pushing the limits of visual trickery with their user-centric, sensory experiences in various locations, usually presented on LED screens in venues like shopping centers, theme parks, and hotels. Their newest work, known as “The Whale and the Waterfall,” recently appeared before millions in Times Square’s Pedestrian Plaza. A gigantic whale in the midst of a waterfall, appearing on a 1400-square meter digital screen, seems to undulate rhythmically within the roiling waves, a self-contained visual that resembles the world’s largest fish tank holding one of the world’s largest mammals. 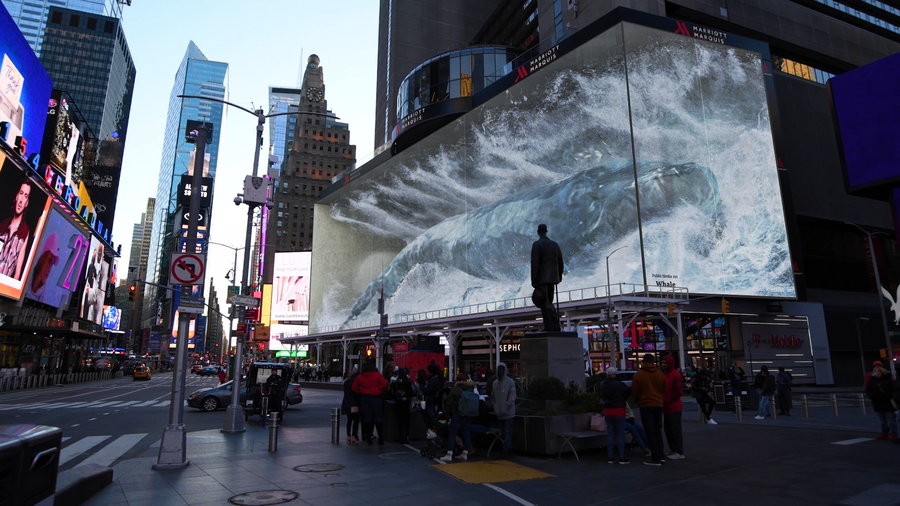 The follow-up installation, set to show after the “Whale #2” ends during the first week of August, is “Waterfall-NYC.” Located on the exterior of One Times Square’s four vertical screens, this piece will stand at an impressive 102.5 meters (about 337-feet tall). It’ll also be approximately three times taller than the 2008 installation “The New York City Waterfalls” previously displayed by Olafur Eliasson.

The installation evokes a dichotomous feel, most notably for its insertion of natural beauty into the manmade steel and brick structures that occupy the area, creating a visual masterpiece in one of the busiest parts of America’s most bustling metropolis.

Even before “The Whale and the Waterfall,” Times Square has spent the last few years upping its game with diverse, eclectic art installations that dazzle the eye. Currently on display through the month of August, visitors can take part in a “Midnight Moment” as they take in artist Jen West’s Painted Cat Hacker Film, a colorful homage to the public’s ongoing fascination with cat videos.

But “Whale #2” and “Waterfall-NYC,” while distinctive pieces of art, take immersive voyeurism to the next level with their impressive tech specs. Multisensory installations like these will most likely become the norm as more and more creative artists look to capture viewers through digital advertising. Though d’strict’s recent Times Square works are not meant to promote a particular product or service, they do indicate the sophisticated progression of emerging technologies meant to captivate and enthrall audiences, making them the ideal next step for advertisers. Think Back to the Future II where Marty McFly steps into a town square dominated by futuristic cars, flashy architecture, and incredibly life-like ads — most notably the 3D shark for the “Jaws 19” movie that nearly bites his head off. 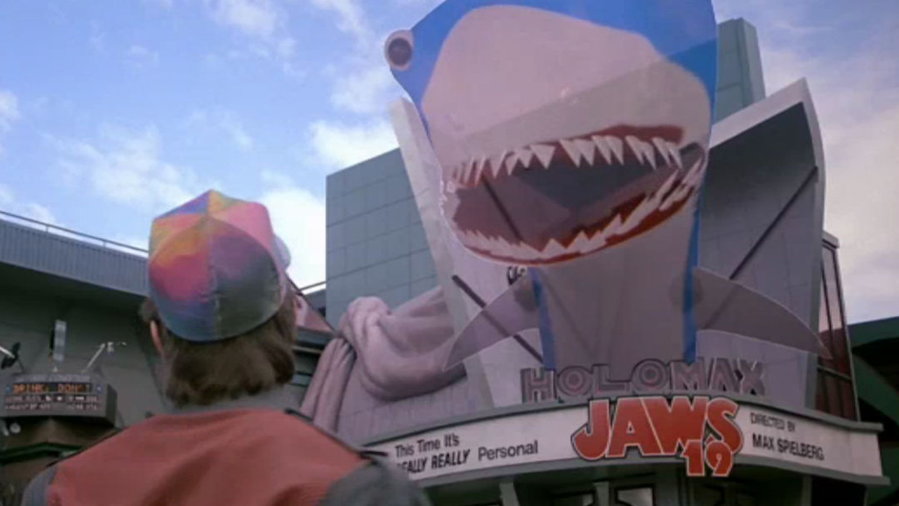 Perhaps this latest installation from d’strict is a harbinger of ads to come, or maybe it’s simply an inventive and dynamic piece of art uniquely situated in one of the country’s most consumerist locales. Either way, the group’s imagination and innovation are sure to continue to wow viewers for years to come, no matter the venue.