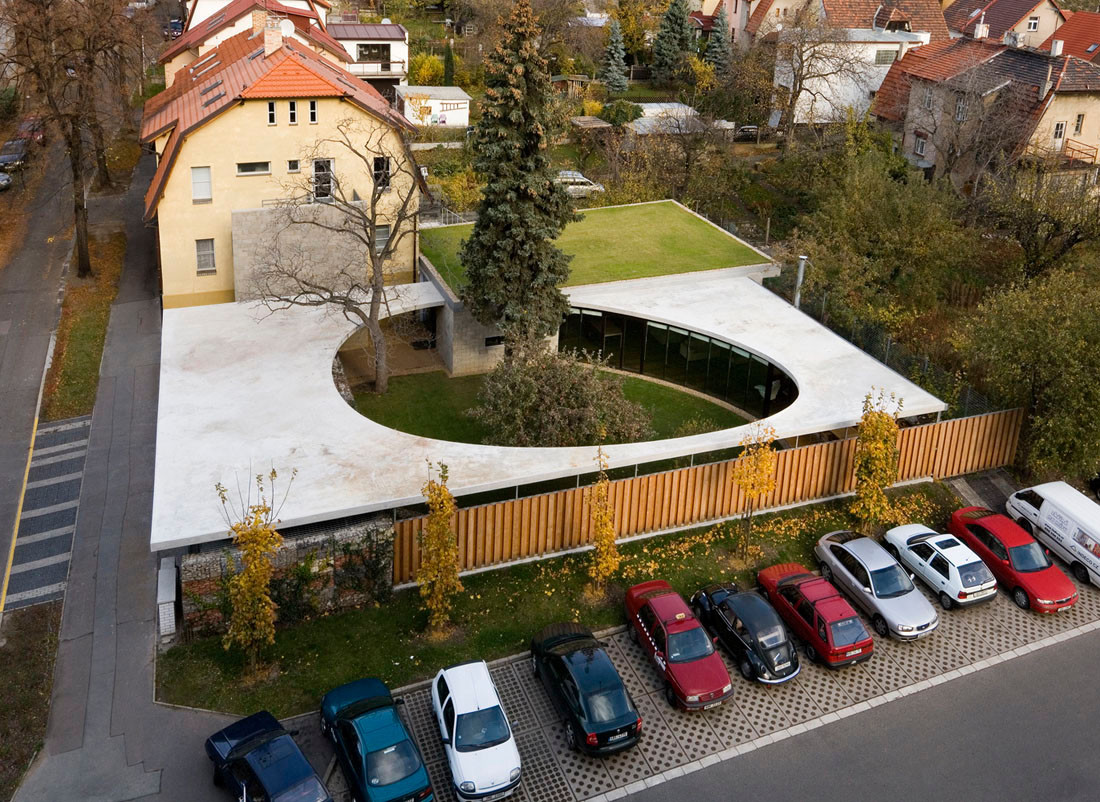 This courtyard is quite literally at the center of attention, a giant gaping hole in the middle of a simple square modern home that seems to exist as much to define the enclosed garden space within as it does to house residents inside. 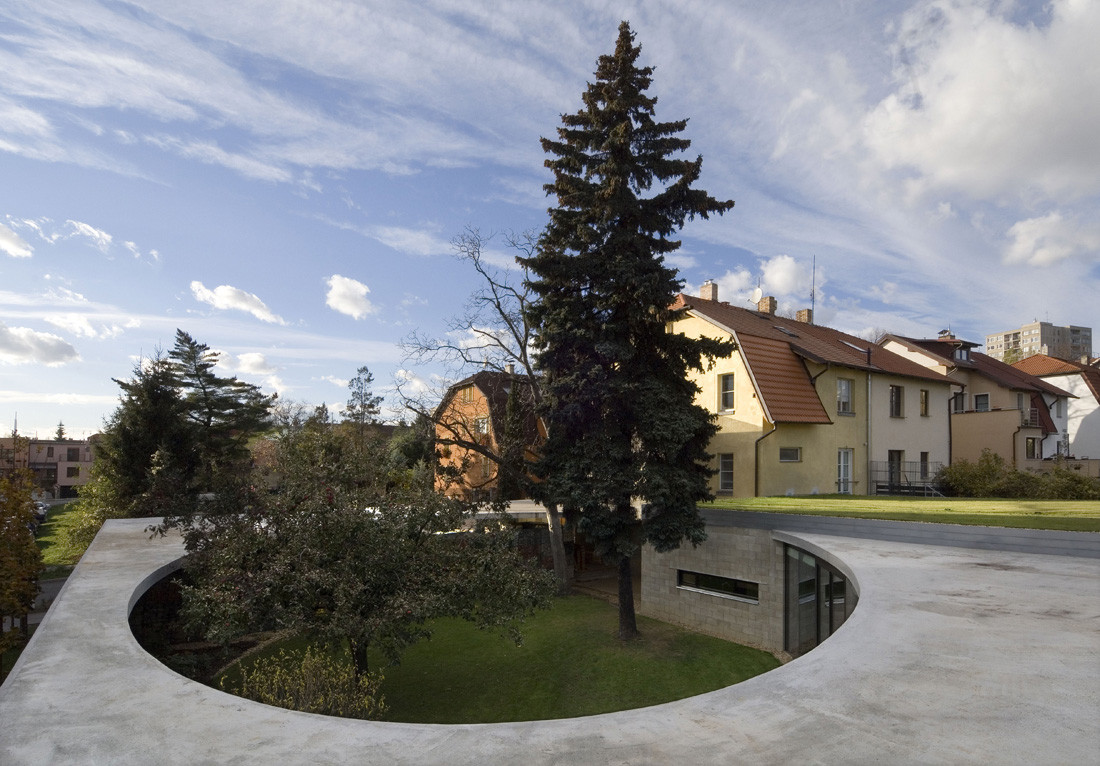 Hiding beneath the new, flat, punched-hole roofscape lies an existing structure that was extended into a new and bigger residence by A69. By unifying the exterior facade with sharp corners and perpendicular planes and opening a nearly-uniform central void, old and new are tied seamlessly together from inside yet remain distinguishable when one walks around the building. 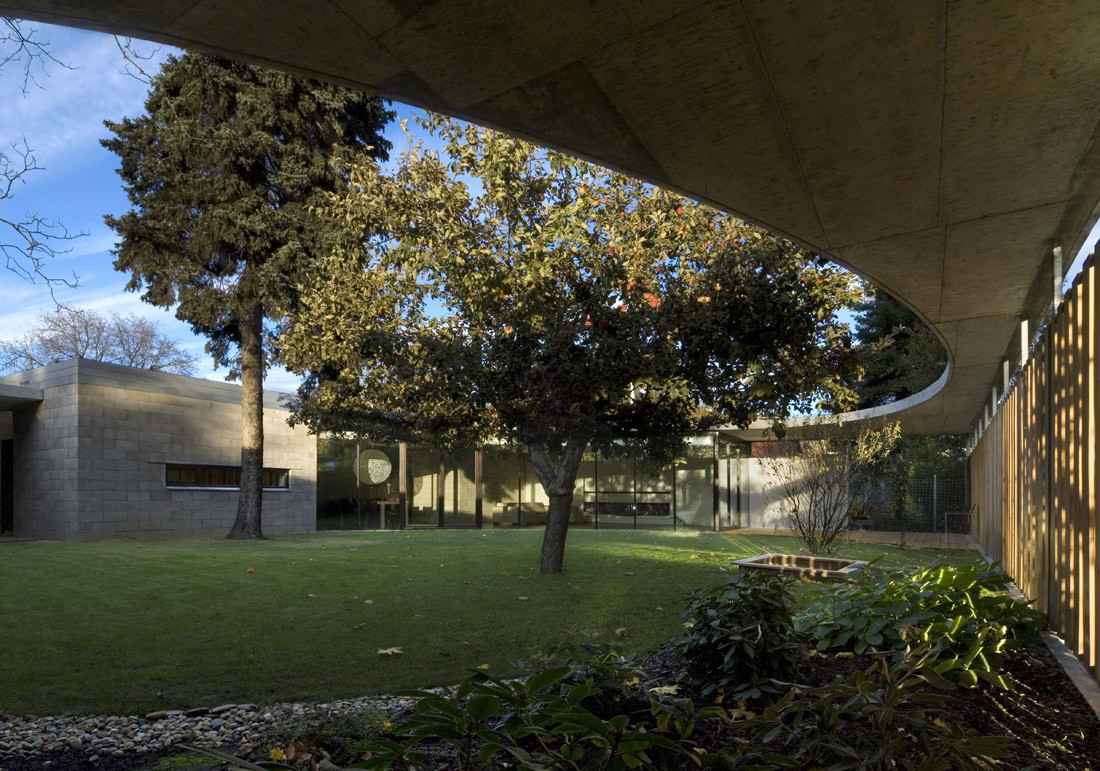 The interior open garden is extremely simple and flat in plan, punctuated by tall trees that already existed on the site and provide some shade and betray the age of the space. 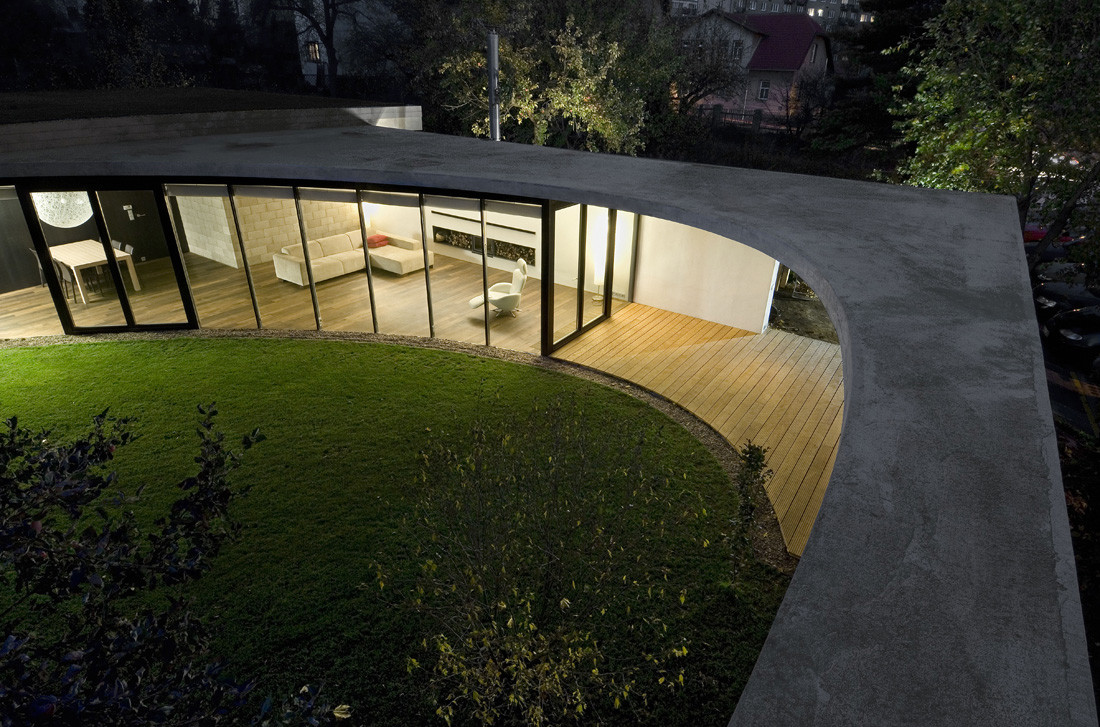 Surrounding this central circle are common areas ringed with windows to provide access to natural light and ventilation on all sides and visually connect common spaces across the courtyard space.

“The purpose of the project was the construction of a self-contained dwelling unit in the garden of the recently reconstructed house. It was necessary to deal with the dominance of the opposite panel house facade, avoid confrontation with the architecture of the original house and find out a solution that would not parasite on the garden area.”

“The already existing fragments of the reconstruction of the original house became the starting point of the project: the set-in concrete slab with an out-placed exterior staircase, the wall by the entrance gateway and the parking lanes limited by the gabions. The existing walls made up from cement bricks in the direction of the planes X and Y were completed in the project with the horizontal slab in the plane Z. This slab became the main space organizational element and carrier of the fundamental motive; hole in the form of an ovoid.”