Designers, investors, and world leaders are all gearing up for the next world’s fair. Expo 2020 will take place in Dubai from October 2020 to April 2021, celebrating the very best of human ingenuity. Progress and modernity have always been the cornerstones of the fair’s many pavilions, but in today’s divided world, some designers are putting forward proposals that are intended to present a face of unity between the diverse nations that will be exhibiting their innovations at the event. One such firm is the British design practice Paul Cocksedge Studio, which nearly won the contest to design Expo 2020’s British Pavilion but eventually lost out to Es Devlin. Nonetheless, we feel that their proposal warrants greater consideration — especially given the scope of its aims and its aesthetic beauty. 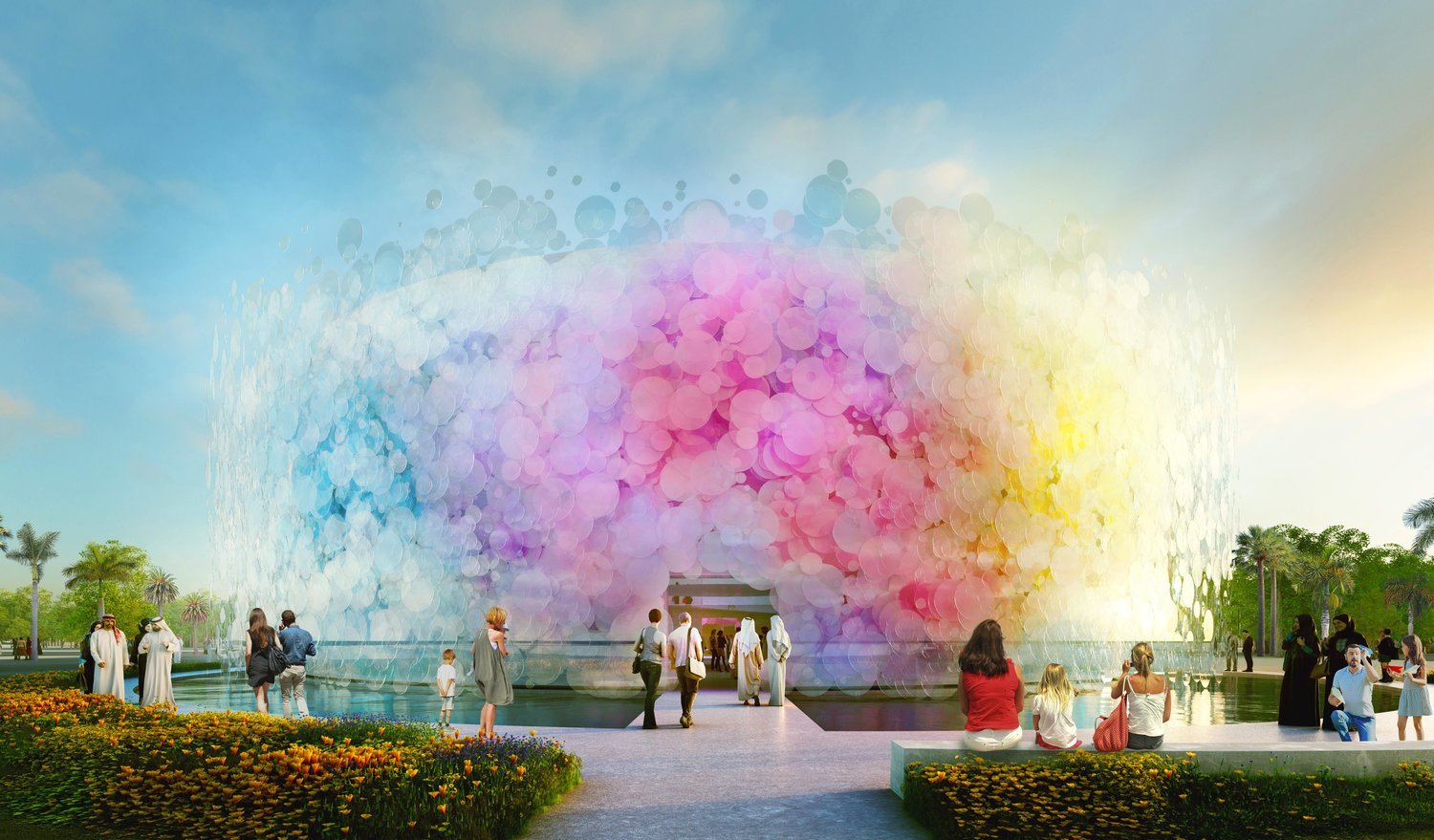 The submission in question was entitled “Living Watercolor Pavilion”: an ethereal structure that represented all of the countries that would be in attendance at the fair. This design was a direct response to the theme “Connecting Minds, Creating the Future,” taking the form of a blanket of overlapping, translucent discs that hung suspended in the air to enclose the space below. Each one of these glass discs was colored, with the idea being that all of the country’s flags would be accounted for on them. 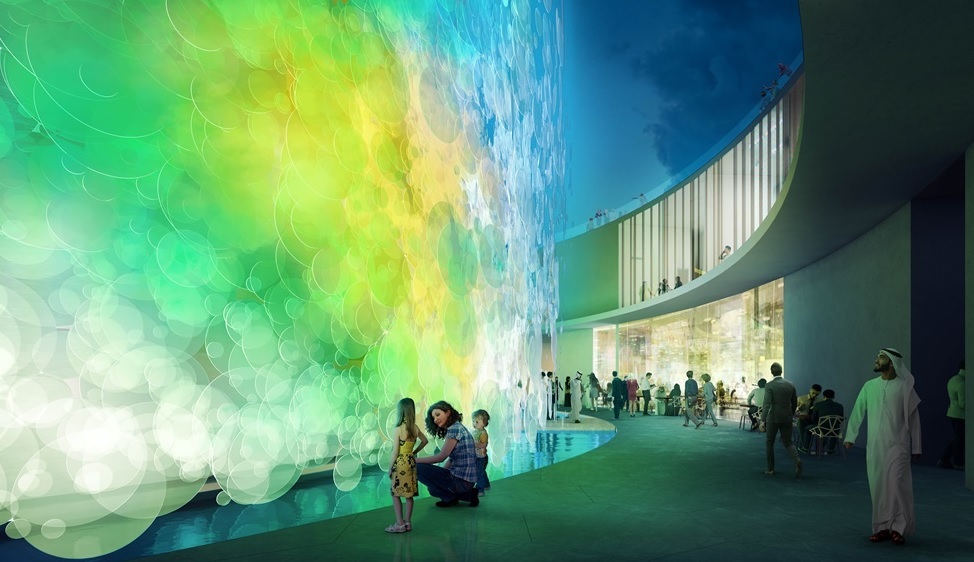 The resulting effect is one of a soothing watercolor, whereby light seeps into the pavilion through the gaps in the overlap and filters down into the space underneath while creating a glowing patchwork of color above. Since the discs would be arranged so close to one another, their colors would blend together in a kaleidoscopic fashion, creating a magnificent blur where no one country’s flag stands out above the rest. “We were drawn to the idea of looking outwards for inspiration,” said Paul Cocksedge. “This informed the entire architecture of the pavilion, which we designed as a sculptural watercolor that plays with the natural environment to connect with people.” 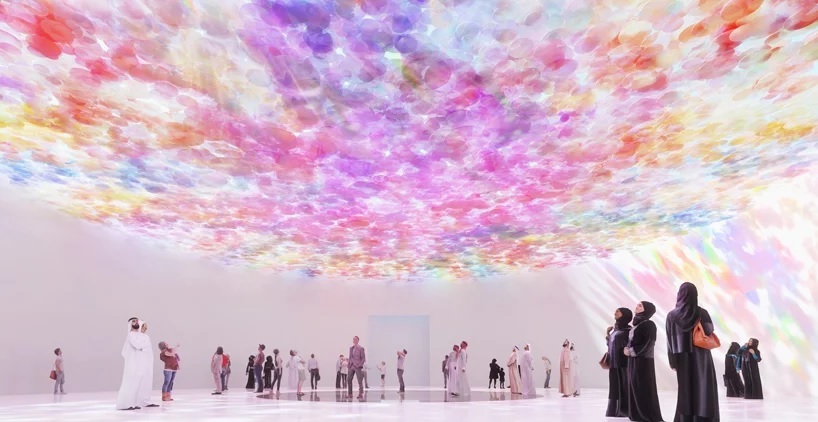 Continue reading below
Our Featured Videos
Different color combinations would take prominence at different points of the pavilion. In some areas, swathes of yellow would dominate the rest, while in others, blue or pink would take over. The studio had already experimented with a similar concept for their 2014 installation “Palette,” which itself was commissioned by the London Design Festival for the GREAT Festival of Creativity in celebration of the historical connections between the UK and Turkey. Similar to “Living Watercolor,” the installation used overlapping glass discs of different colors from both the Turkish and British flags, merging together at different points to be read as one seamless structure. The designer elaborated on this piece, too, saying: “What I enjoy about Palette is the way it only comes to life in this setting, when the transparency of the material re-defines and celebrates the landscape beyond it: the trees and plants, the sea, the sky…on its own it is not complete.”