Grafton Architects co-founders Shelley McNamara and Yvonne Farrell have just made history. The pair was recently awarded the celebrated Pritzker Architecture Prize, marking the first-ever time a pair of female business partners has earned the distinction. Established in 1979 by Chicago’s esteemed billionaire Pritzker family, the award is known as the Nobel of the architecture industry. Per the prize’s official website, the distinction recognizes living architects who demonstrate “talent, vision, and commitment… [with] significant contributions to humanity and the built environment.” The prize has been previously bestowed on female winners, but never more than one at a time. On top of that, McNamara and Farrell are also the accolade’s first Irish recipients. 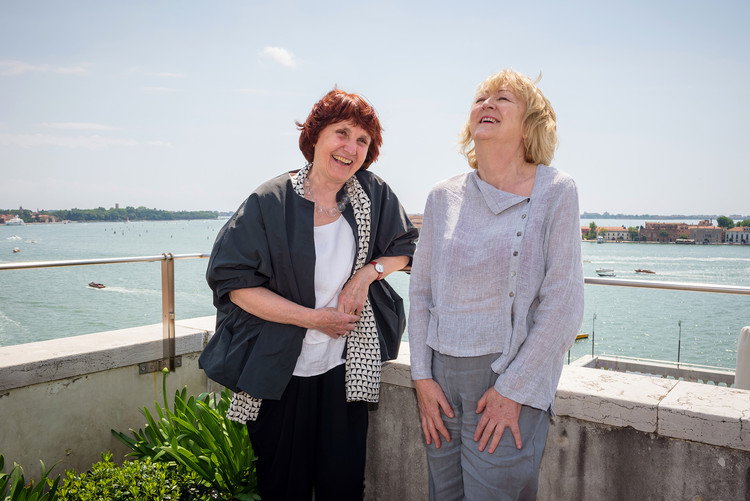 The design duo joins Zaha Hadid, Kazuyo Sejima, and Carme Pigem to respectively become the fourth and fifth women among 48 laureates to have won the illustrious Pritzker Architecture Prize. Hadid took the prize on her own in 2004, while Sejima shared the 2010 prize with Ryue Nishizawa and Pigem shared the 2017 prize with both Rafael Aranda and Ramon Vilalta. Interestingly, NPR news observes that awarding the 2020 prize to McNamara and Farrell reflects the field’s growing population of women architects, although the Chicago Tribune points out there are “struggles women architects still face in a male-dominated profession, including lesser pay and fewer opportunities for advancement than their male counterparts.”

People magazine, meanwhile, showcased McNamara and Farrell’s teamwork and mutual appreciation for each other’s strengths. McNamara says of Farrell in the article that “Yvonne has an enormous sense of humanity and integrity, and she has the talent to bring that right into the center of our work.”

Farrell likewise complimented her business partner, noting that “Shelley is unbelievably tenacious. I would say fearless as well. Shelly is an architect in every molecule of her existence. She will not let things be, other than the very best.” 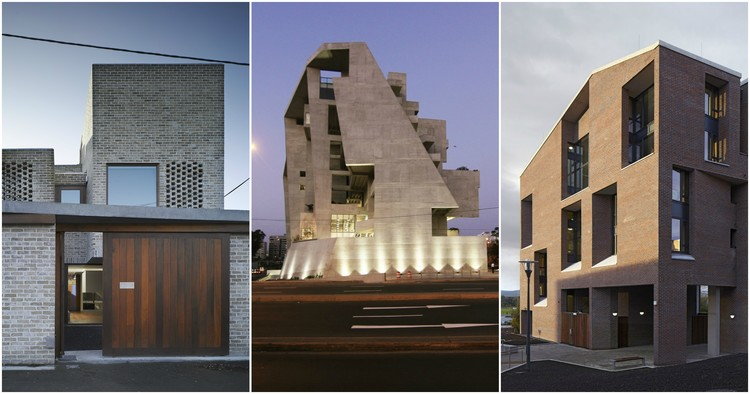 Leveraging the traditions of brutalist architecture, the pair employs massive rigidity, block-like appearances, and raw geometric concrete at an immense scale in the university buildings they’re renowned for designing. The Guardian has, for instance, noted that McNamara and Farrell “have a preference for weighty materials, such as concrete and stone, often sculpted in massive volumes [to] give their buildings a tough, primal quality.” Of course, they also work in other touches to offset the harshness, like “airy atria, broad meandering staircases, views between floors, [and] places to perch and loiter, celebrating the ‘free gifts’ that architecture can provide to the public beyond merely fulfilling a client’s brief.”

McNamara and Farrell are also deeply committed to extending a building’s aesthetic to encompass its location’s cultural ethics. The Guardian notes that the duo pays attention to “the spaces in between,” which accounts for their architecture being designed “as a kind of ‘scaffolding’ on which lives and events can be played out.” It is no wonder that, as Architectural Record cited, the Pritzker Prize jury selected McNamara and Farrell because of “their deep understanding of ‘spirit of place.’” The jury also emphasized that Grafton Architects, “without grand or frivolous gestures, have managed to create buildings that are monumental institutional presences when appropriate, but even so they are zoned and detailed in such a way as to produce more intimate spaces that create community within.” 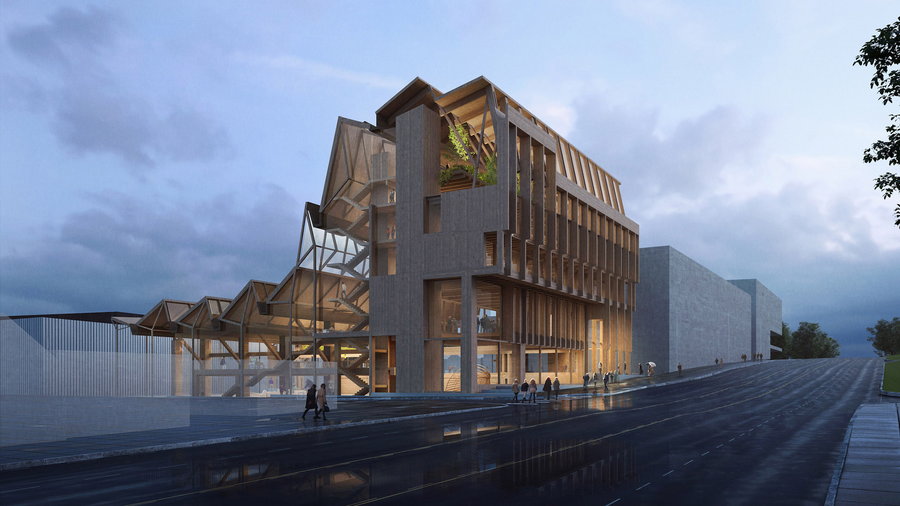 The two met as fellow architecture students at University College Dublin during the 1970s. In 1978, they opened Grafton Architects with three other partners who eventually moved onto other things, gaining prominence in the early 1990s when they designed some buildings for the city’s Trinity College and Temple Bar Square.

By 2003, the pair ventured into designing architecture outside of Ireland, even winning an international competition to design the Universita Luigi Bocconi economics building in Milan, which was completed five years later. Many in international architecture circles praised the design, granting it the distinction of World Building of the Year at the 2008 inaugural World Architecture Festival and solidifying Grafton Architects’ place among the world’s premiere designers of university campus buildings. What followed after Italy were projects with universities in Peru, France, and several more in the United Kingdom. In the British Isles, McNamara and Farrell updated the University of Limerick’s university president’s campus residence, freshened up a multi-use building at Kingston-upon-Thames’ Kingston University, and most recently have begun work on a London School of Economics building, which The Guardian says will be completed next year. 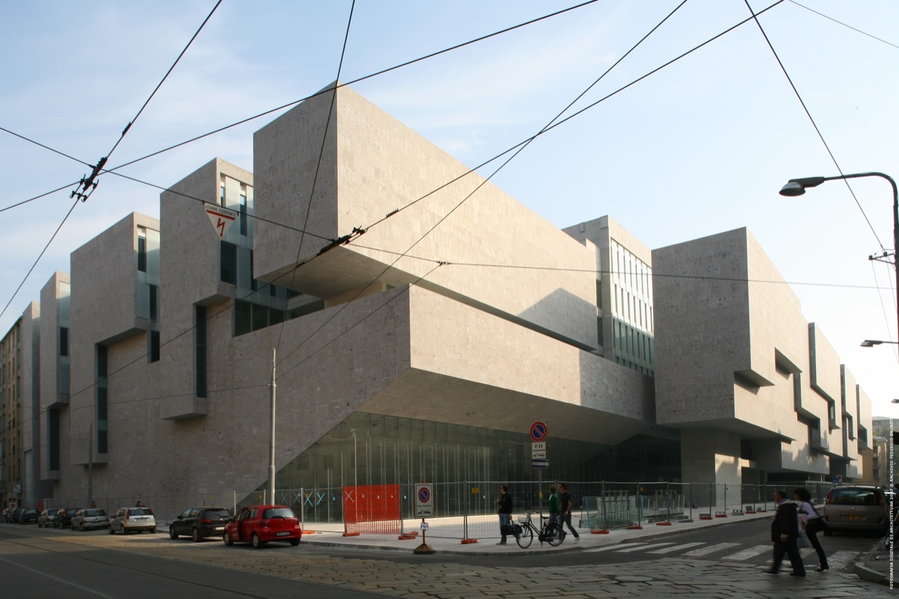 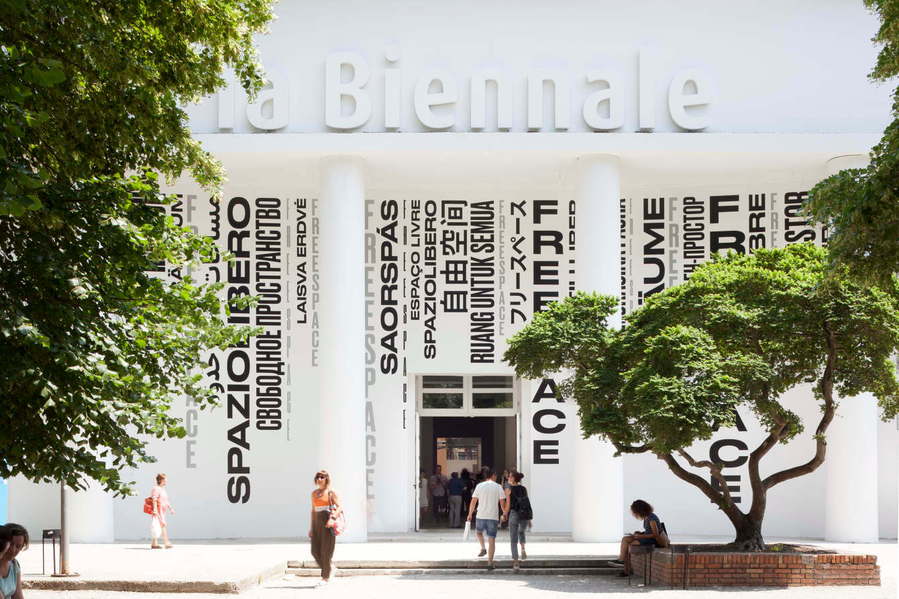 In 2018, McNamara and Farrell were asked to curate the 16th edition of the Venice Bienniale, which they did with the theme “Freespace.” They also used the opportunity to articulate their ethos, explaining that “in creating our manifesto for the Bienniale, we wrote down a litany of our shared values. That came very easily, because architecture is not just ideas; it’s translating ideas into very physical realities.” The McNamara-Farrell “Freespace” manifesto, as Architectural Record cited, “highlights the generous, democratic quality of architecture to provide ‘spatial gifts for those who use it’ and to leverage resources that they call ‘nature’s free gifts’ — sunlight and moonlight, air, gravity, materials.”

Besides being architects, both McNamara and Farrell are also architecture professors, teaching the youth about their profession and often highlighting the joys of the design work they do. When asked why they were so interested in designing architecture for universities, McNamara explained that both Farrell and herself were “passionately interested in education. The university should be a place where knowledge is tended like a garden. And we’re the guardians of knowledge.”

“Teaching for us has always been a parallel reality,” Farrell added on Irish Central. “And it’s a way of trying to distill our experience and gift it to other generations coming along so that they actually play a role in the growing of that culture. So it’s a two-way thing, we learn from students, and hopefully students learn from us.”