For decades now, six humble but beautiful stone buildings have framed incredible views of the mountains around Ninghai County, China, with their high clerestory windows — but nobody was ever inside to gaze out at them. Part of an old agricultural complex, the buildings were full of nothing but grain. When the site came under new ownership, ARES Partners were commissioned to transform it into a modern hotel that would take full advantage of the idyllic setting. 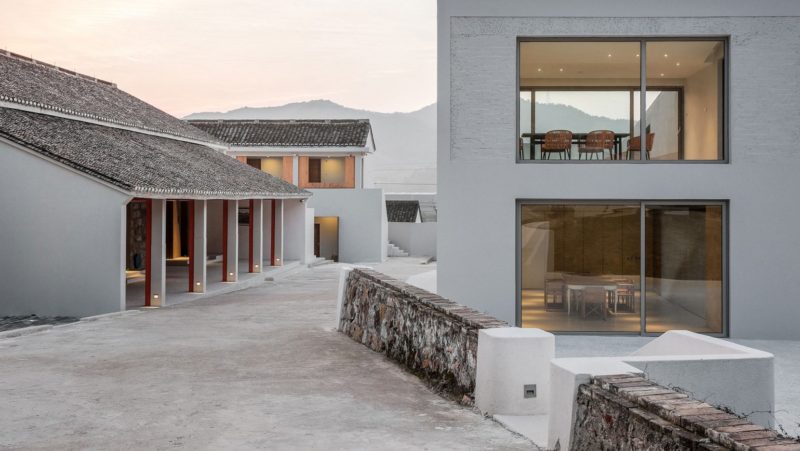 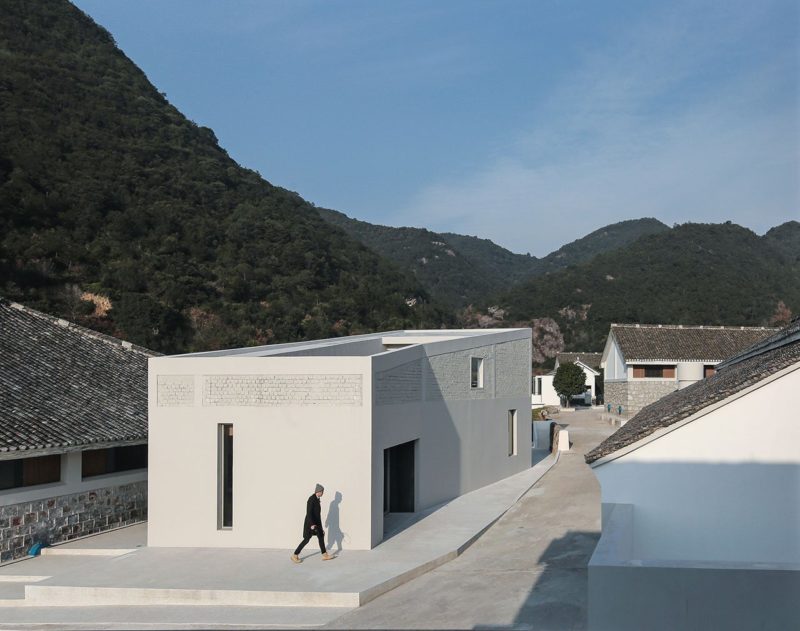 Thankfully, that never translated to tearing the historic structures down. Built in 1956, these brick buildings reflect the particular rural aesthetic sensibilities of Huchen Township, and leaving them intact imbues the project with both a unique character and a sense of connection to the past.

To create the new Miya/LostVilla Hotel, the architects only had to make a few minor adjustments to the structures. The stone and brick of the granaries had been painted white many times over, so they started by scraping off all the layers to reveal the original textural surfaces underneath. They also enlarged those clerestory windows in both height and width, allowing in more natural light and enabling even more impressive views of the adjacent Tiantai and Siming Mountains. 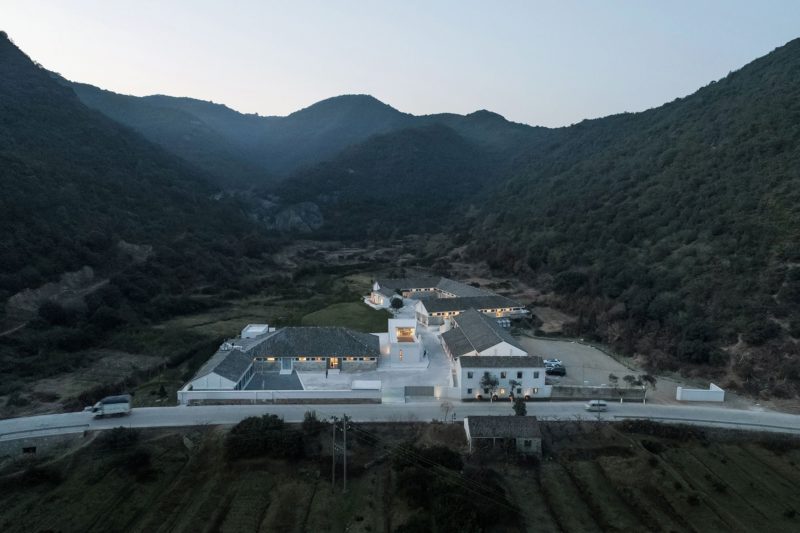 Two of the buildings already had dramatic timber trusses hidden behind false ceilings, though the architects have since had them removed. Within the guest rooms themselves, the architects actually lowered the ceilings with the intention of giving them a more comforting human scale, with a result they describe as “boxes nesting inside a room.” New interior walls were added to the former grain storage buildings to create a total of 21 guest suites, each with its own bathroom, sun room, and access to an outdoor deck surrounded by a low, zig-zagging wall.

A seventh building on the site (added in the 1970s) was demolished during the conversion. In its place, ARES built an abstracted modern volume to house a lobby and several meeting spaces, with one facade directly facing the main entry of the hotel. “We would like the hotel guests to view the mountain scenery in the distance upon entering,” they explain. 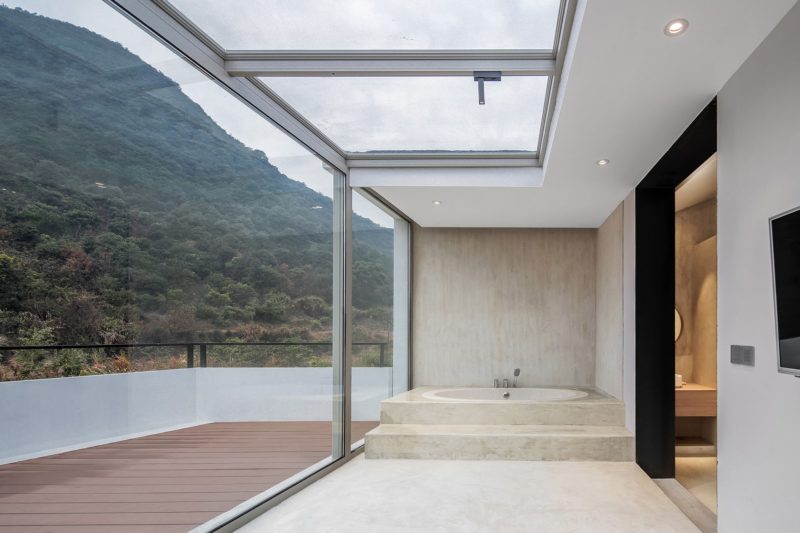 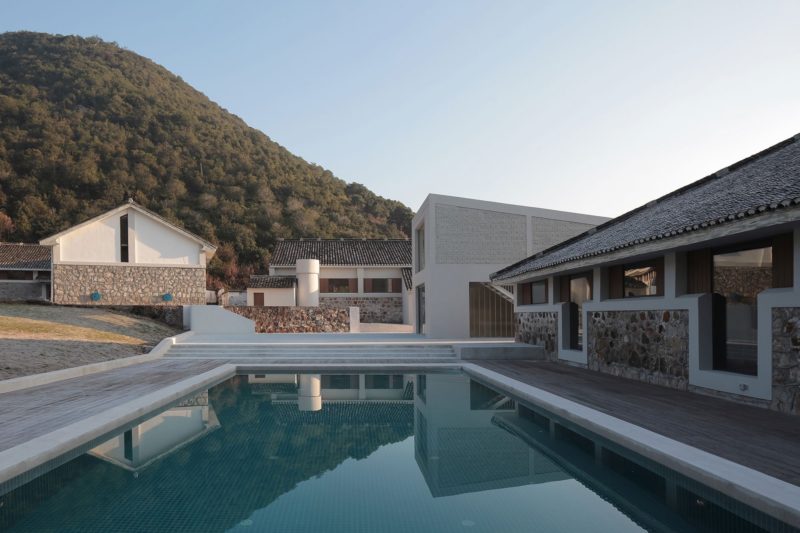 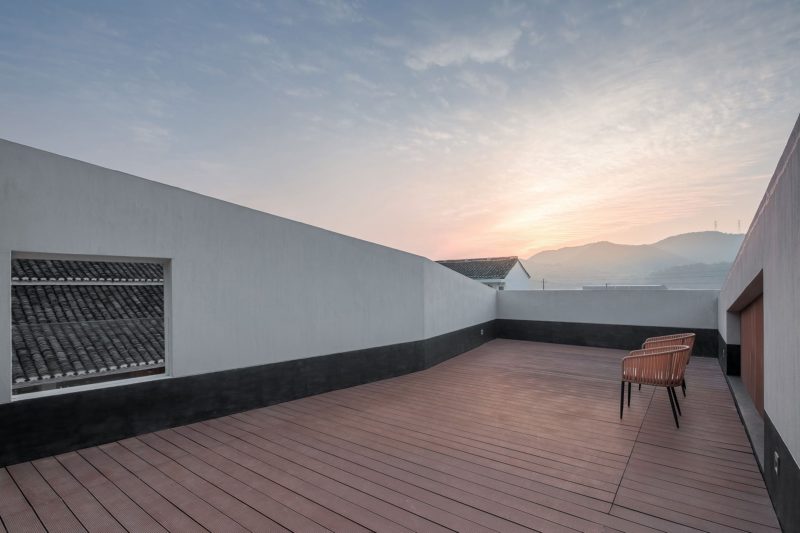 The east facade of the new building folds at an angle to “echo the existing site condition.” By bending this wall and setting it back, they created a space for guests to lounge outdoors. A stairway leads up to a viewing deck and tea room on the second floor, where large glass panels on the north and south facades maximize views. Though its style diverges from that of the other buildings, this new volume still avoids attracting too much attention. 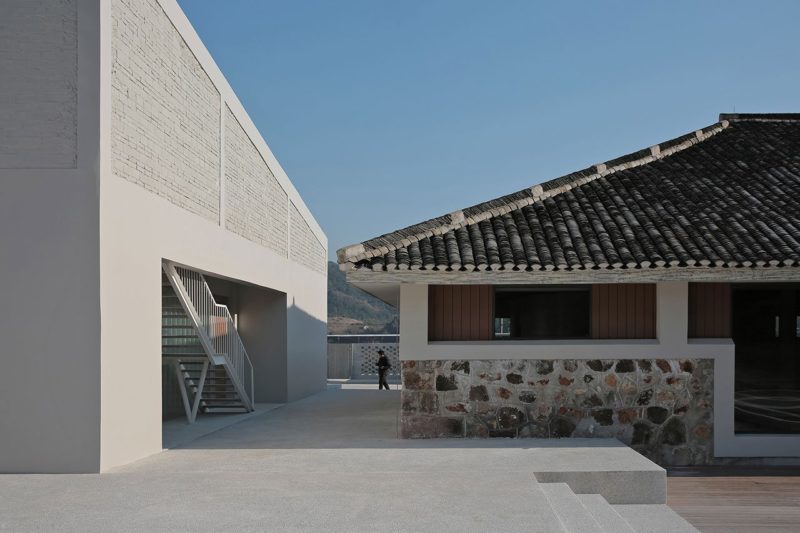