There are plenty of times when you might wish you could block out the outside world with some cinematic escapism. You can open your laptop and use a pair of headphones, but distractions still tend to creep in, like the activity going on around you or notifications on your phone. And sometimes, in places like airplanes and buses, you don’t necessarily want the people around you to see your screen, even if you’re just watching an R-rated movie with someone else’s kid next to you. 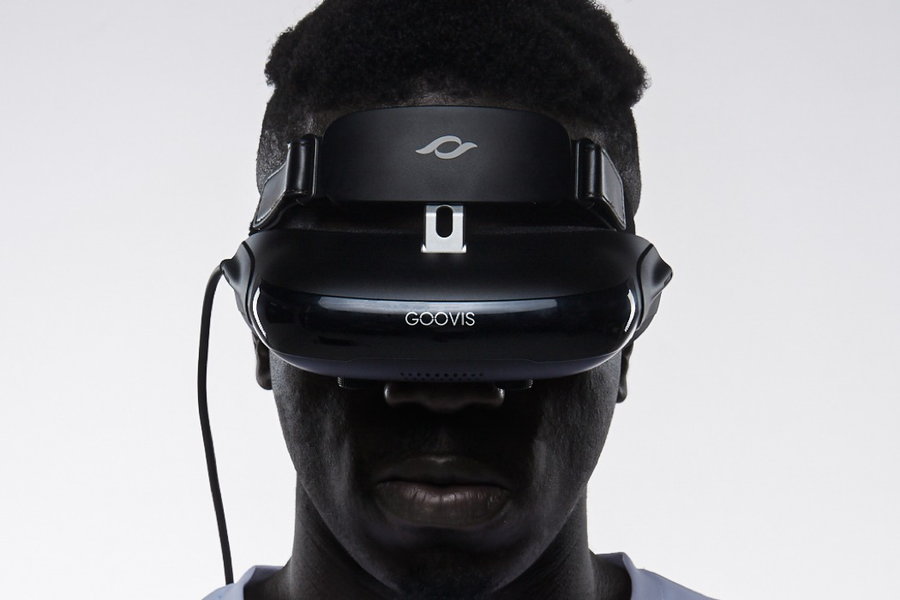 Luckily, there’s a new way to fully immerse yourself in entertainment without bothering anyone around you. The GOOVIS Young is a “personal mobile cinema” headset compatible with common devices like the iPhone, Android, PS4, and Xbox, featuring twin 1920 x 1080 M-OLED goggle displays. The result is comparable to an 800-inch screen viewed from 66 feet away. You can even ditch your glasses or contacts with the built-in diopter adjustment, setting the display to accommodate your eyesight with an accuracy of plus or minus 0.33 degrees.

Recently wrapping up a crowdfunding campaign on Kickstarter, the GOOVIS Young claims its pixel-per-degree (a way to measure sharpness) is four times sharper than other VR headsets, producing the equivalent of one top-of-the-line SONY OLED television for each eye. 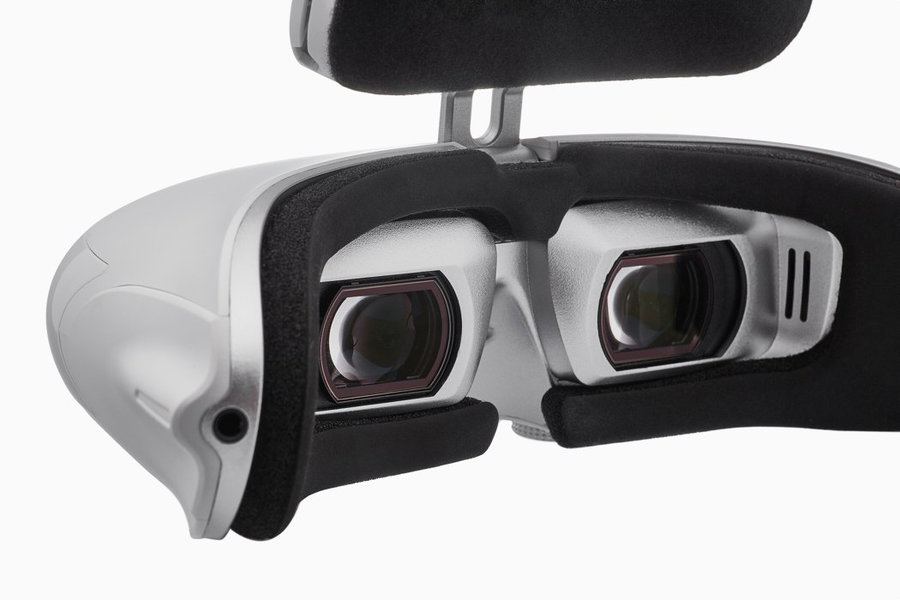 The large-angle flip lets you pause your virtual experience to check in with your real surroundings without taking the headset off, and anti-fog ventilation keeps the screens clear at all times. On top of that, there’s no charging required. Just use the included cable (or a video adapter for HDMI) to connect to your device (it remains to be seen how well this feature will actually work with large electronics like televisions and gaming systems). 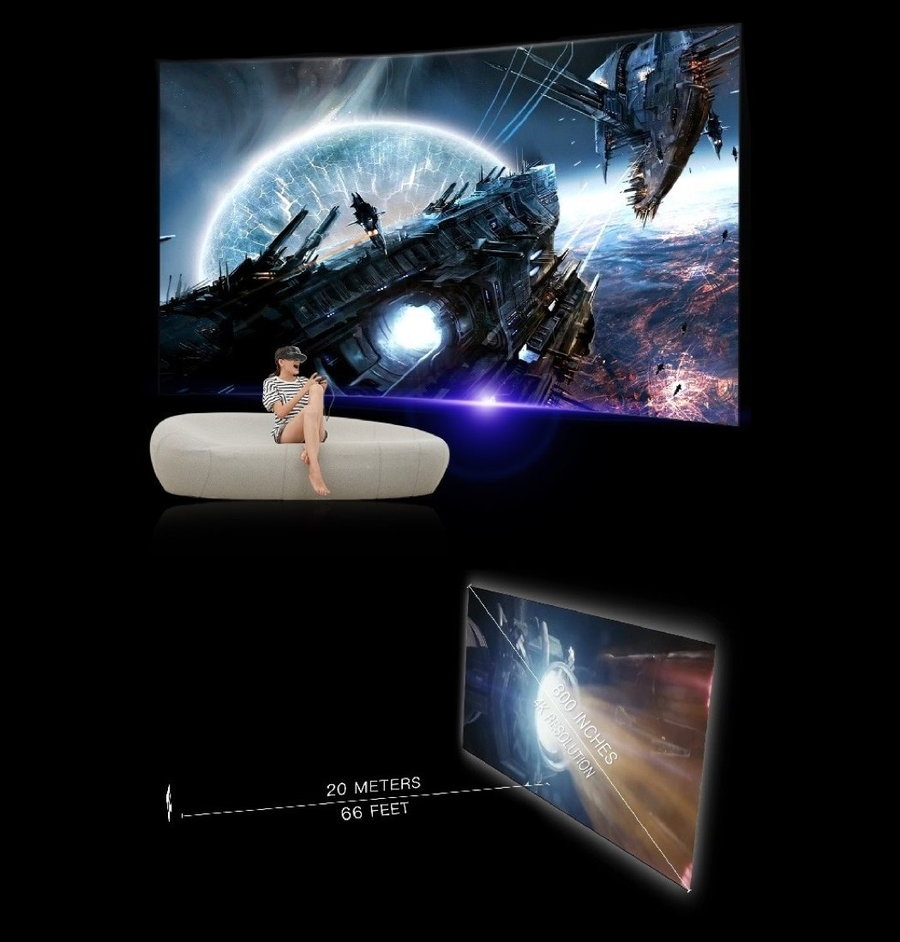 Using it to watch movies and television is obvious, but the company notes that you can also use it to view anything else you’d normally do on your devices, like performing painstakingly detailed work in Photoshop, browsing the internet, or playing games. One of the GOOVIS’ coolest capabilities might be its drone connectivity, which allows you to fly a drone and look through its cameras in real time, giving you a bird’s eye view of the area around you while remaining firmly on the ground.

It’s easy to imagine scenarios in which a headset like this would be really helpful, not the least of which is enjoying a little Netflix in bed after your partner has fallen asleep. Its release also just happens to coincide with a time of unexpected social distancing, and the company notes that it could be helpful for living in small spaces with people who want to do different activities at the same time. 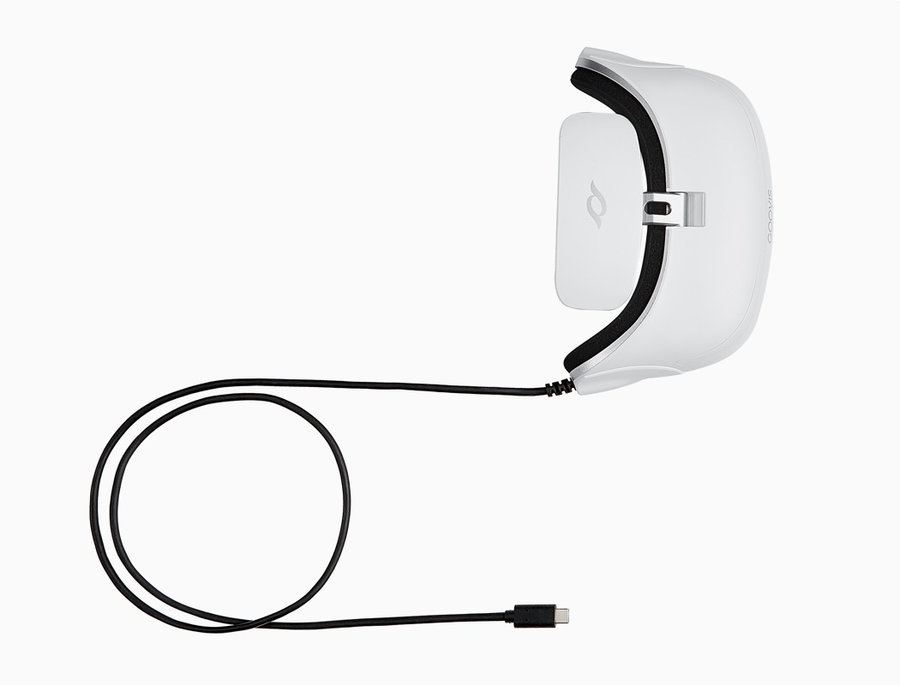 Devices like the GOOVIS Young might also be a sort of entry-level way to get into virtual reality tech, which, thus far, has been slow to enter mainstream popularity. There’s been a lot of musing over the last couple years about why VR has failed to catch on, resulting in companies like Google shuttering their VR projects. Maybe it’s for the same reason people didn’t like Google Glass: the headsets are conspicuous and nerdy, and the technology might strike some as potentially invasive. 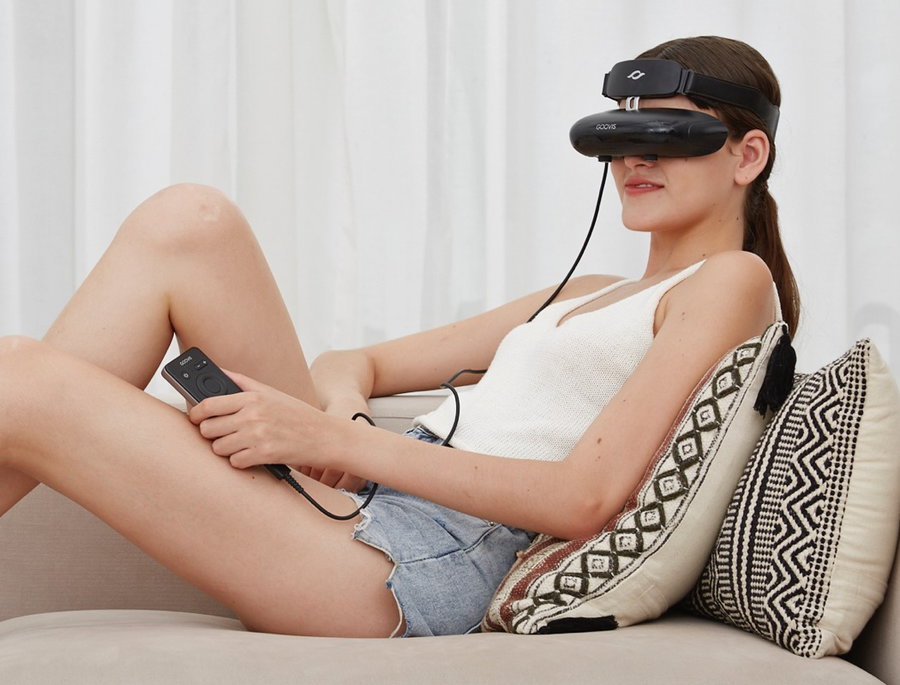 Simple devices like this headset demonstrate the versatility of the technology. You don’t have to become a digital shut-in to enjoy it, and its conveniences are worthy of consideration even by people who don’t consider themselves huge techies and gamers. The GOOVIS Young is currently available for pre-order via Indiegogo.