In 2019, consumer culture hit what one hopes is the peak of absurdity when it comes to big brand crossovers between retail and restaurants. Does anyone really need meat-themed wrapping paper from Arby’s, White Castle socks, or Taco Bell scarves? But regardless of whether it’s just tongue-in-cheek or a sincere declaration of brand loyalty, people really seem to be buying this stuff, and it’s still coming. 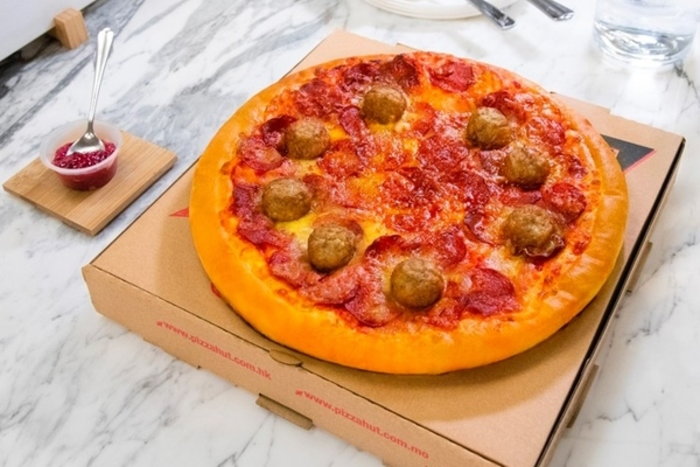 Here’s a new one for you. IKEA has teamed up with Pizza Hut for a limited-time-only collaboration. The first half of the campaign, created by advertising agency Ogivly, isn’t nearly as weird as the crossover sounds: Pizza Hut offered its standard pepperoni pie topped with IKEA’s beloved Swedish Meatballs. A little adventurous, maybe, but not totally out of left field. Available only at Pizza Hut’s Hong Kong locations, the special lasted for a week.

There’s probably something lost in the translation of this caption posted on Facebook by Pizza Hut Hong Kong, but here it is anyway, for humor’s sake:

“When the old man first knew that he wanted to approve this meatball batch, in fact, he refused! Because he felt that we couldn’t ask him to approve, he immediately [did]. He wants to try it, and see if the batch is big! Very Round! Very Juicy! At this time, one of the colleagues studying the new batch of sleepless day and night suddenly picked up a batch of big praises: ‘It! Home! Batch!’”

“The crowd was shocked in the room, and the old lady who had always [been] serious, could not help but laugh. He asked the colleague to pass him a batch. After the taste, he knew it was IKEA batch. The old man bit down… the fragrant spicy sausage and cheese even more called him to refuse to reject it. That’s it, this ‘must win IKEA’ approval. Thank you for your support for us and IKEA yí jiā jiā jū. We will be able to eat at Pizza Hut from March 2nd. Takeout, take-out delivery, or delivery.” 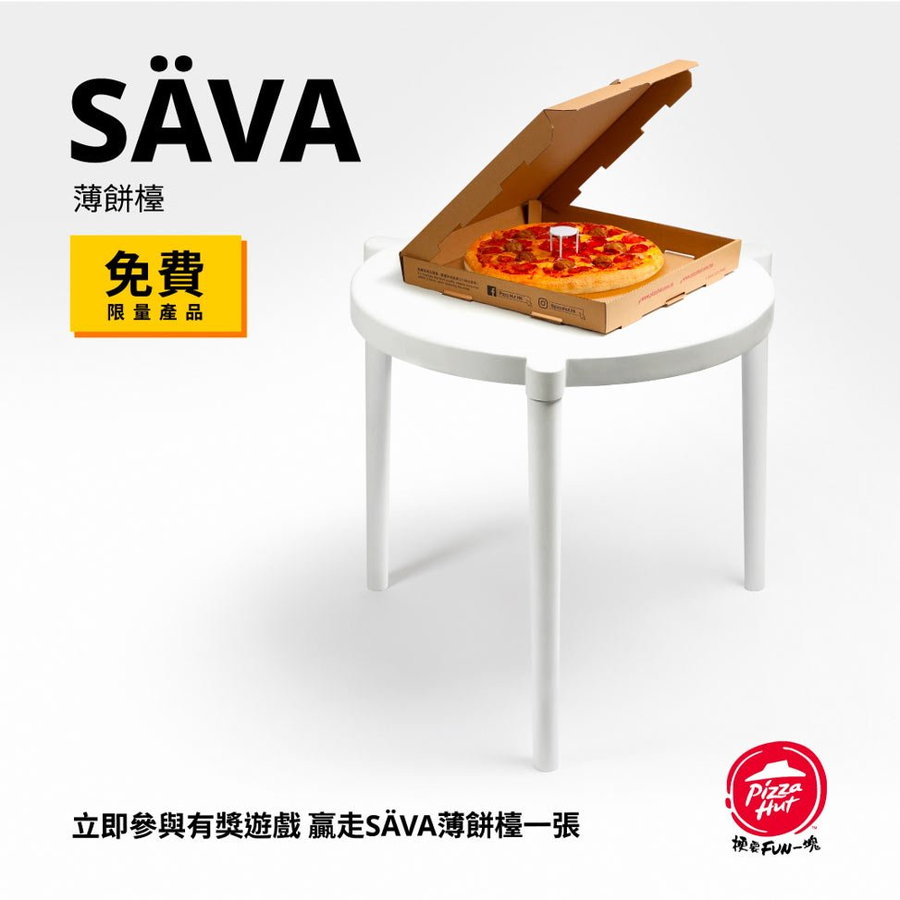 But that’s not all. Pizza Hut X IKEA also produced another unexpected mashup in the form of actual furniture. If you’ve ever wished you could scale up that little white “table” that comes in your pizza box to keep the cheese from getting stuck to the cardboard, you’ll appreciate this.

The Säva Table, named for the Swedish word for “pizza saver,” is instantly recognizable with its simple, three-legged white design. The center is even stamped with Pizza Hut’s signature logo. It comes flat-packed in a pizza-style box, and its instructions include a few steps you wouldn’t find in any other IKEA product, telling you to order a pizza and place it on the table at the end. 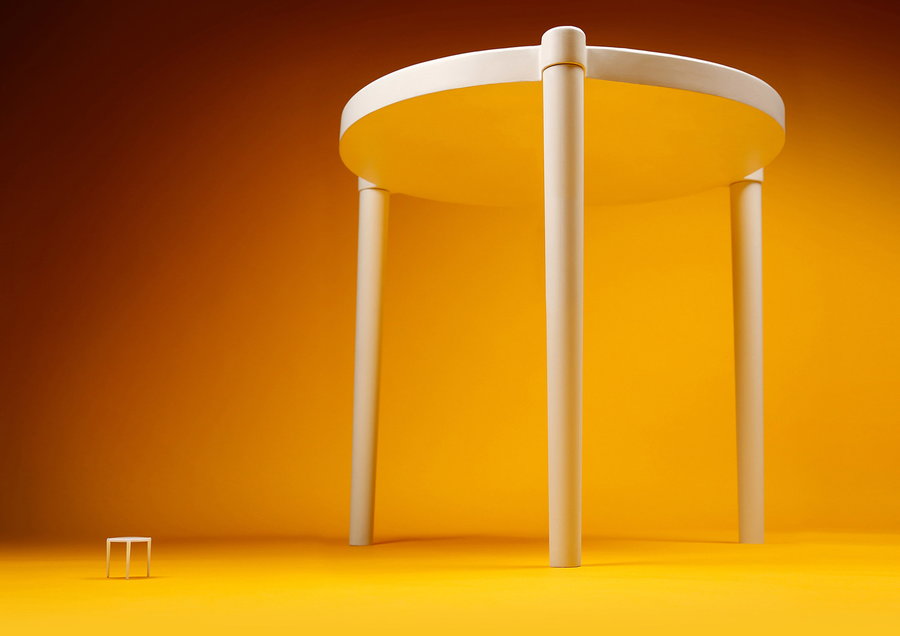 On top of all that, the table isn’t even available at IKEA stores. Pizza Hut customers who ordered the meatball pie had the option to add it onto their order at the time, so if you want one, you’ll have to chase down what’s probably destined to become a collector’s item.