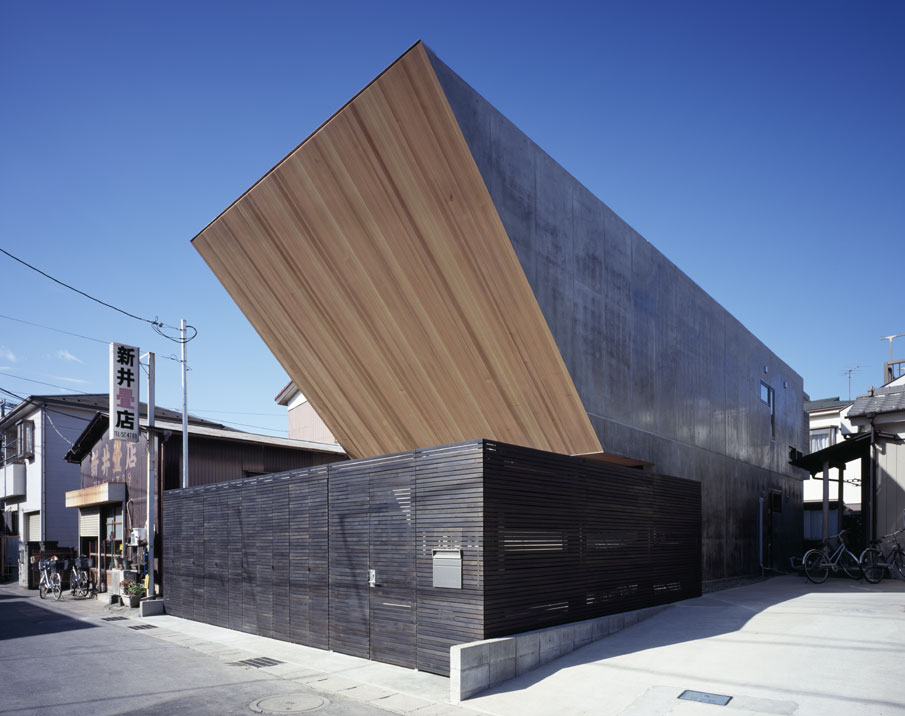 Whether the influence was subconscious or the designer a closet Star Wars fan, it is hard not to see the iconic shape of a classic science fiction vehicle in this behemoth of a home.

Like the mobile fortress in the old movie, the front of the house slopes forward toward the street and gives it the illusion of motion. It is also built with ideas of defensible space in mind – intentionally made to look, feel and be well-protected from its surroundings. 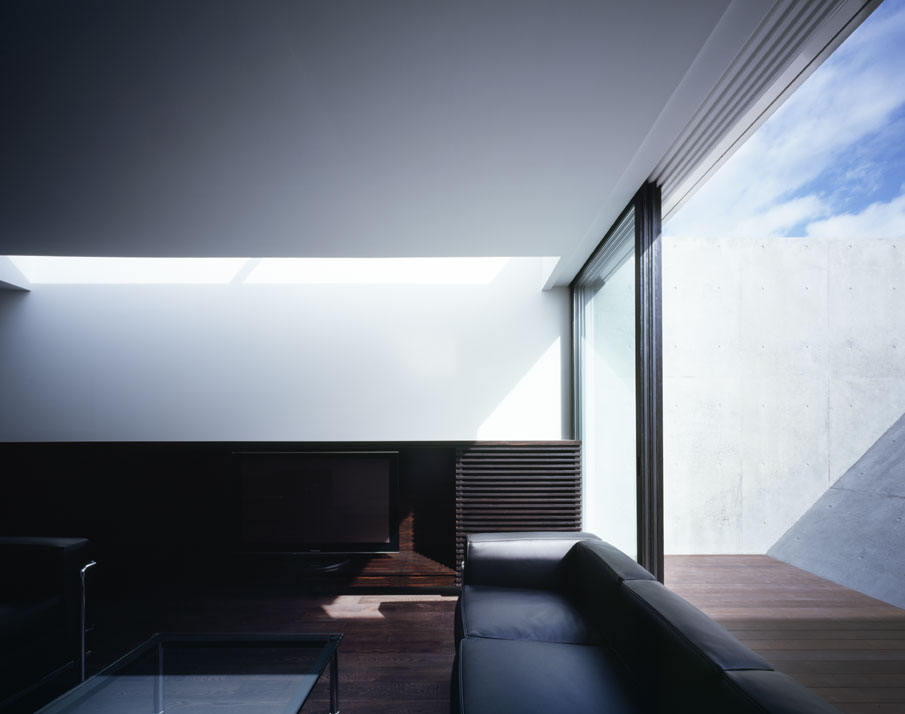 Apollo Architects clearly focused a great deal of energy into the exterior, but the interior was not forgotten in the process. Stark, white-and-black surfaces with periodic wooden elements that highlight austere modern angles. 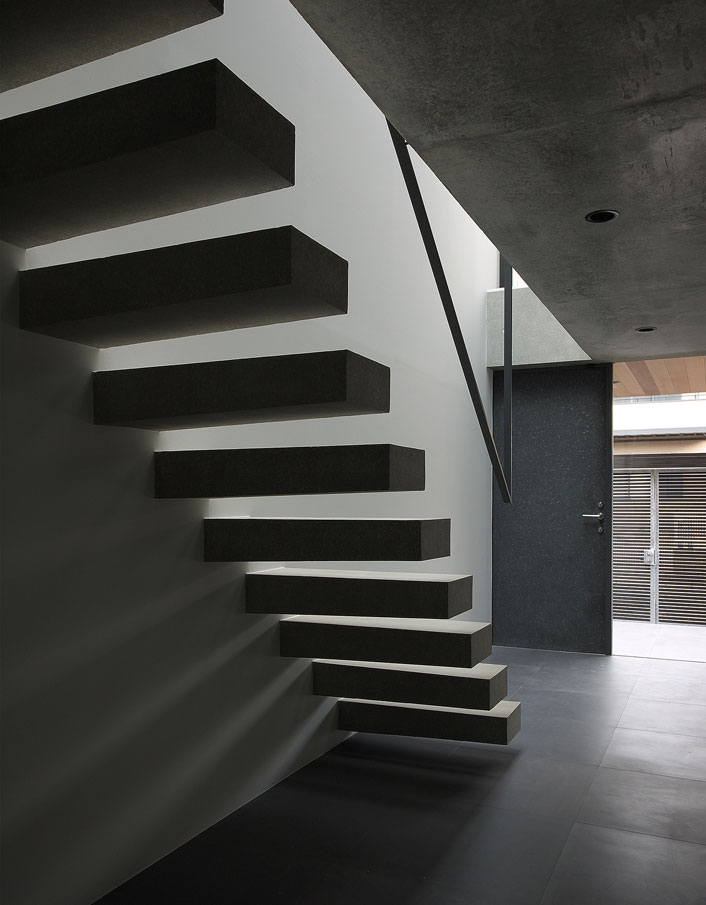 Despite its solid appearance, slot-shaped skylights and well-spaced windows let in light and provide views to the outside though the architectural emphasis is definitely on solids and not voids.

Think the comparison is a bit of a stretch? This would not be the first time that someone created a tribute to the Sandcrawler, indirectly or otherwise. Examples include other buildings but also art vehicles, such as this one that debuted (appropriately enough) at a desert arts festival (Burning Man). 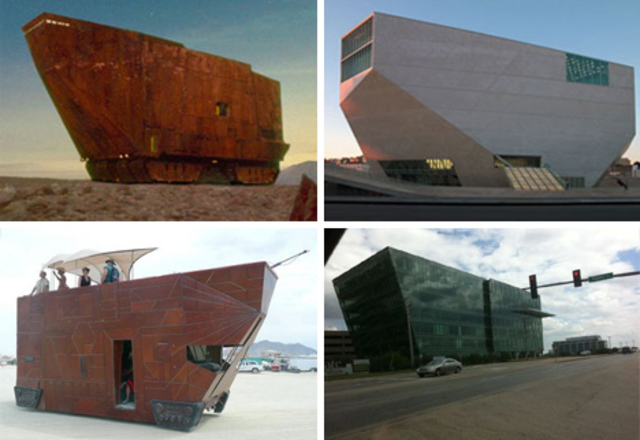 “This urban residence is located in a residential district in downtown Sendai,” say the architects. “Constructed out of wood without the use of any pilotis or other supporting structures, the building features an upper floor that protrudes dramatically outward in order to ensure adequate parking space for two cars on a lot with restricted frontage.”

“The size of the windows and other openings on the closed facade of the building have been kept to an absolute minimum as a precaution against crime, as well as a privacy feature. In contrast, the interior of the house, which centers on the internal courtyard, is an open, generous and well-lit expanse of space.The first floor houses several small, comfortable private spaces, such as a bedroom and audio room.”

“The second floor has been conceived as a single, continuous space filled with natural light, allowing unobstructed lines of sight and free-flowing ventilation. The tatami-floored living room enjoys the ‘borrowed landscape’ (shakkei) of maple trees in the courtyard, creating a tranquil atmosphere that allows the inhabitants to forget the fact that they are in the city.”