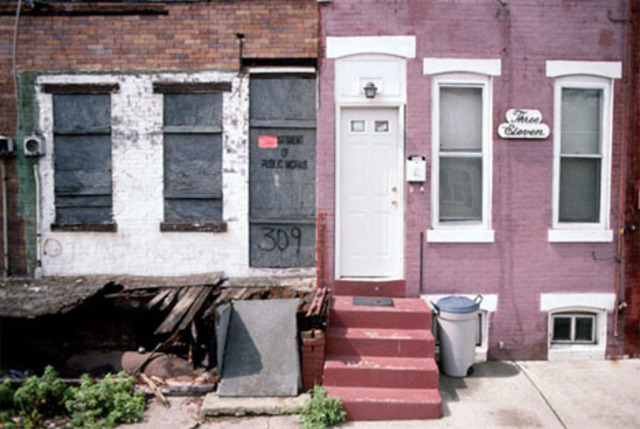 What happens to houses joined at the hip(ped roof) when one half is abandoned by its occupants and left to the elements? A photo essay by Camilo Jose Vergaga in Camden, New Jersey, explores the stark juxtaposition of living architecture and deserted buildings – paired homes where one remains in use and the other has fallen deeply in disrepair. 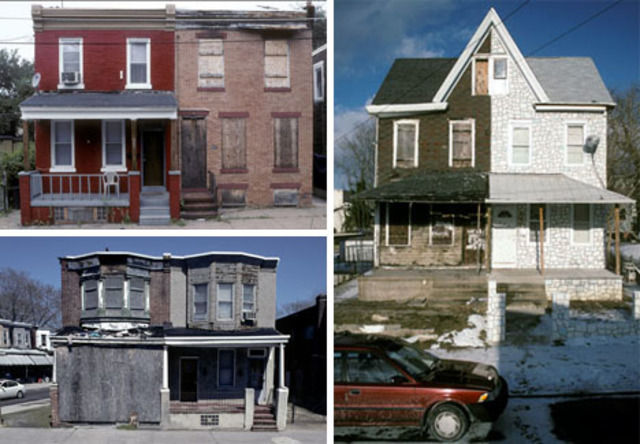 According to Vergaga, the remaining occupants encounter various problems when their former neighbors exit the picture. Burst pipes, potential fires, decaying materials and unwanted squatters are just the start. Sometimes the remaining resident simply turns their adjacency into a storage site or trash receptical for their unwanted old goods. 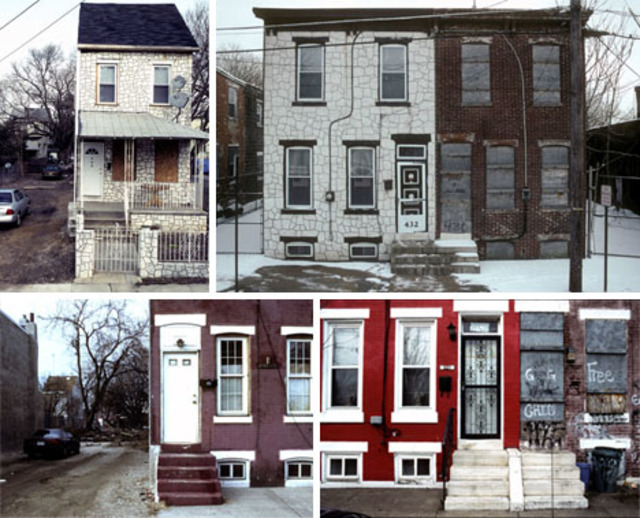 Vergaga points out that in poor neighborhoods, as opposed to middle-class ones, when someone is taken to the hospital or otherwise leaves their home the neighbors and police tend not to watch out for the place in order to prevent problems. As the population of Camden continues to decrease these mismatched pairs only grow in number. 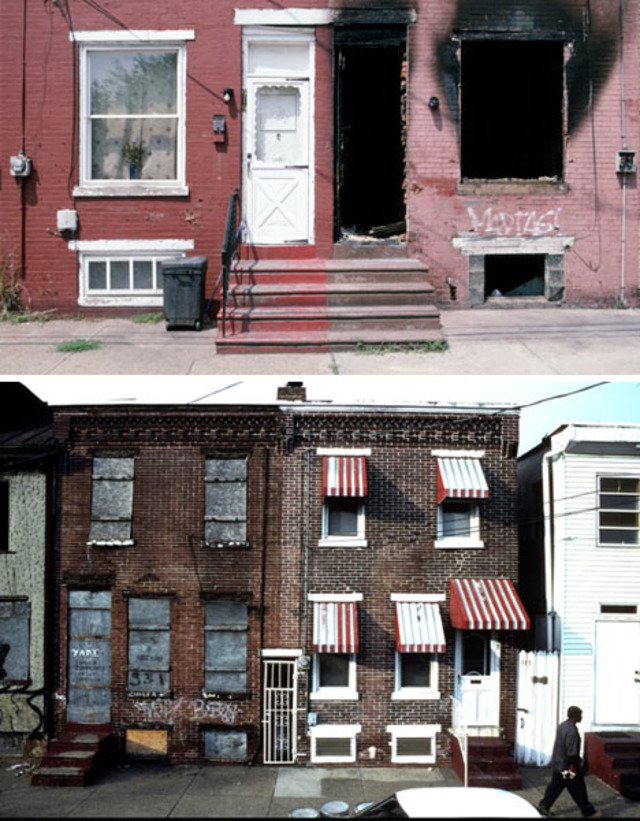 Camilo Jos Vergara a Chilean writer and photographer now living in New York who is well known for his urban decay photography. In many cases, he makes return trips ot the same destinations to document changes over time. He has also won a number of awards for his photography and has been exhibited in museums around the world. In one of his most compelling but controversial stunts, he proposed turning a huge portion of downtown Detroit into an intentional spectacle of preserved urban ruins. 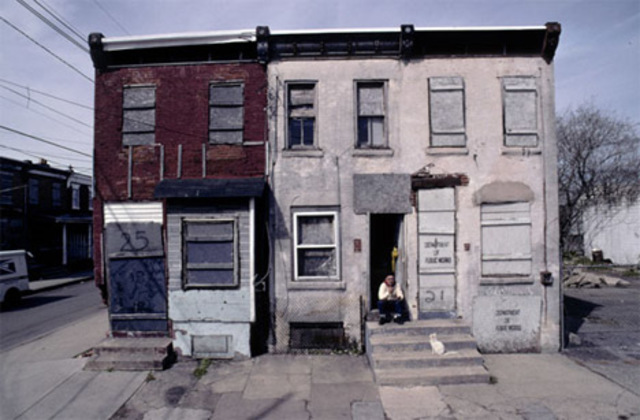 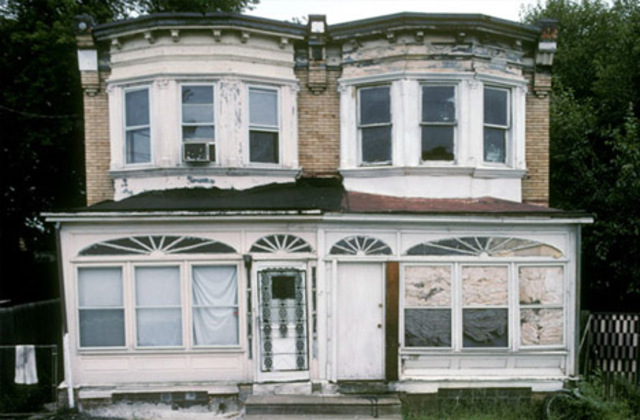 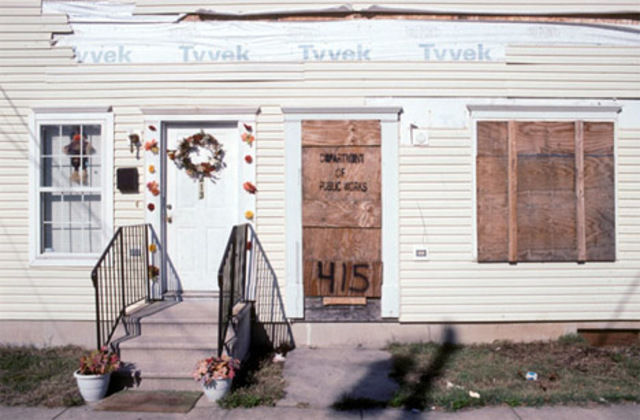 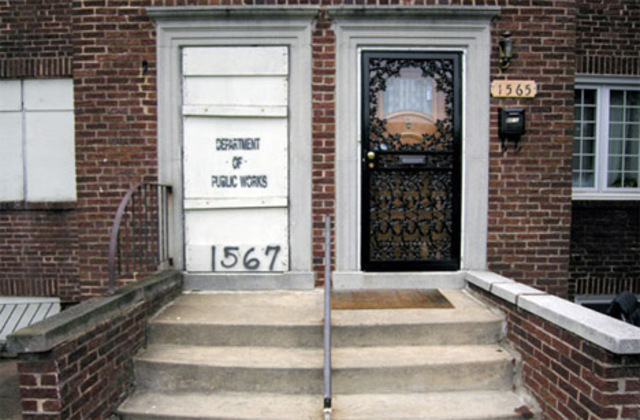 “In Camden, N.J., perhaps the poorest American city I regularly visit, I photograph what I call paired houses: two dwellings, side by side, one occupied, the other empty. Those living in the occupied home often have their lives made more difficult by what happens on the other side of a shared wall. If I see a neighbor or meet the resident of one of the occupied houses, I ask how they’re coping.”

“They tell me that people throw trash in the front and back yards of the vacant unit, causing foul smells and attracting rats. Physical problems in the empty shell cause accelerated decay in the occupied house. Water may be left running in the unoccupied unit, causing moisture to migrate next door. In cold weather, pipes burst. Joists rot and collapse, tearing bricks out of the shared wall. And if the empty dwelling is not properly sealed, prostitutes and drug addicts may break in and start fires.”

Read the rest at Slate.