If you think about it, a stage can be set up almost anywhere: on flat or elevated land, on a staircase or up on a catwalk, in a park, in a parking lot, or even in the middle of the street. It really depends on the imagination of the scenographer.

Before a moon is created for a desert landscape or an abandoned house is turned into a haunted maze, scenographers must pay close attention to context. This is because there are often characteristics about a particular place or space that can be used to heighten the realism of the theatrical experience. This cinematic display is achieved using multimedia technologies and strategies, including audiovisual systems, visual effects, motion design, animation, and ambient lighting. 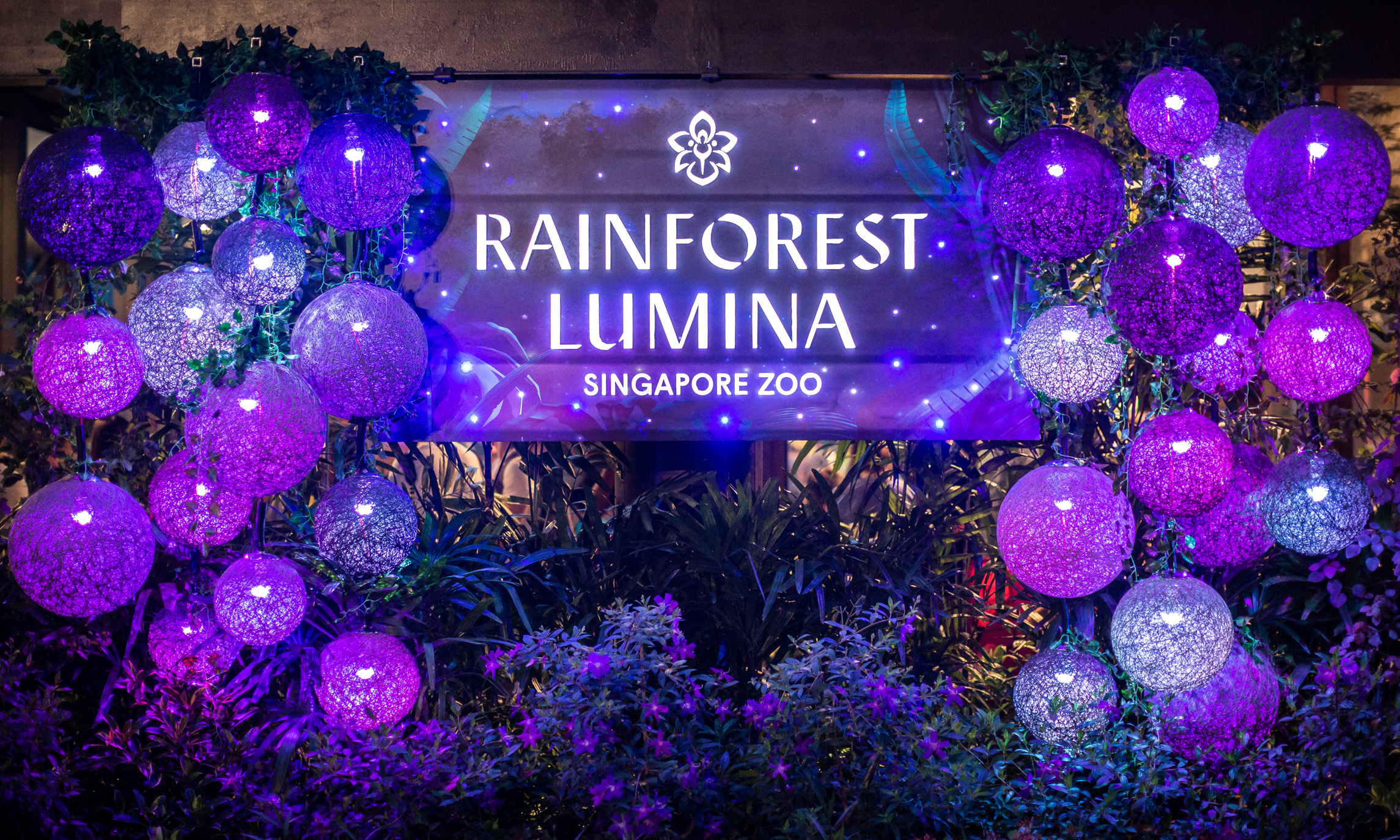 Consider the nighttime experience that is Rainforest Lumina at the Singapore Zoo, an installation that has been hailed as “a multimedia night walk on the wild side.” It was created by Moment Factory, a Montreal-based multimedia studio known for its vivid concert stage designs for Arcade Fire, Madonna, Ed Sheeran, Justin Timberlake, Jay-Z, Nine Inch Nails, Bon Jovi, the Red Hot Chili Peppers, and a slew of half-time shows, all-star games, and championship matches. Rainforest Lumina marks their most recent work, and it is undoubtedly one of a kind. 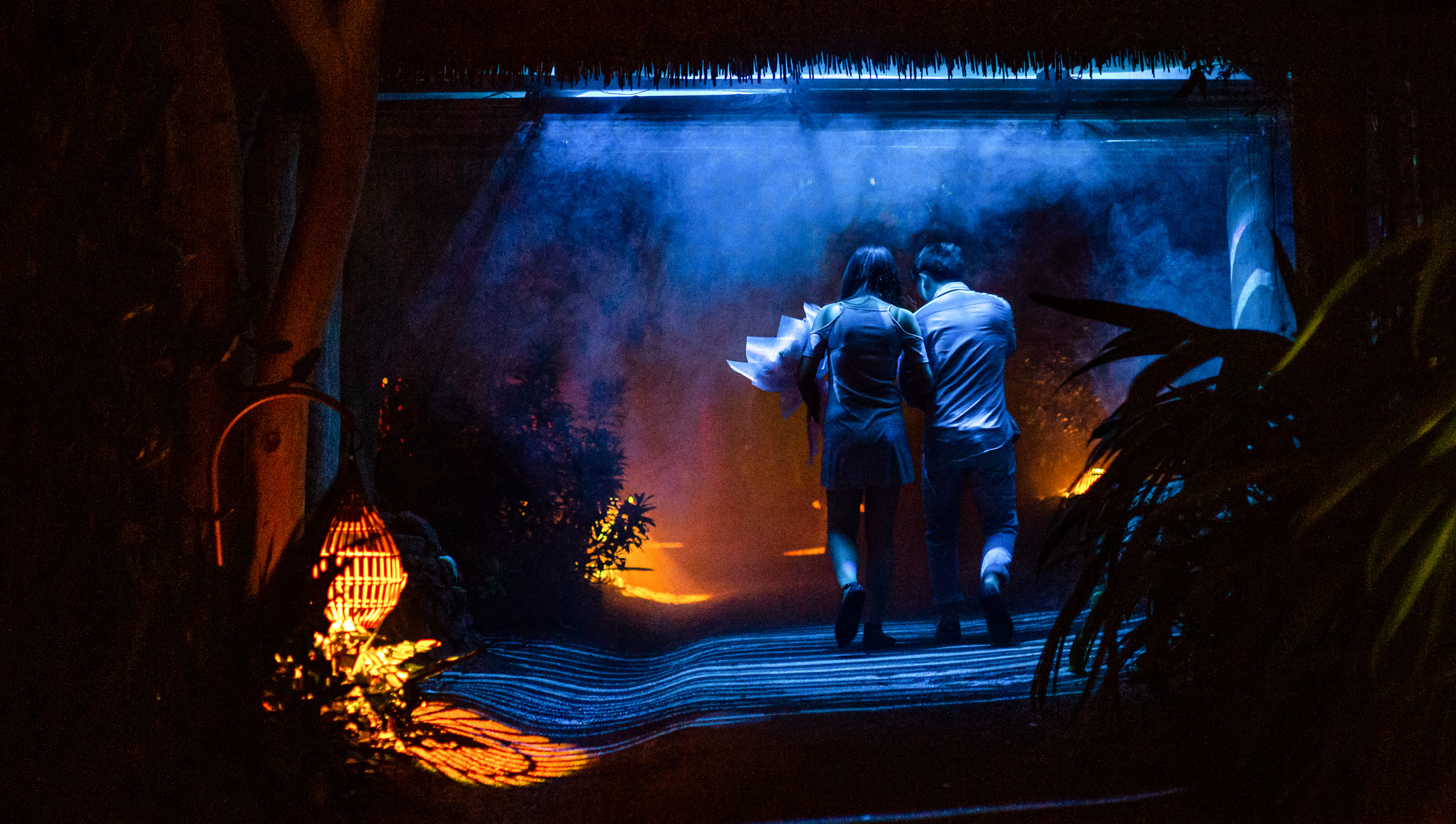 What are the animals doing when the crowds go home? Rainforest Lumina wants to answer that burning question, which has intrigued spectators young and old for practically as long as zoos have been around. Visitors might not catch a glimpse of any of the animals or see them scurrying away behind the trees, but there’s a good chance they’ll hear them. Beneath the lights and through the mist, virtual characters inserted into the landscape set the stage for an interactive spectacle involving nature. Whereas other zoos that are open after dark shine bright lights into the faces of real animals who are trying to sleep, the Singapore Zoo uses light in a much more controlled and sensitive way. 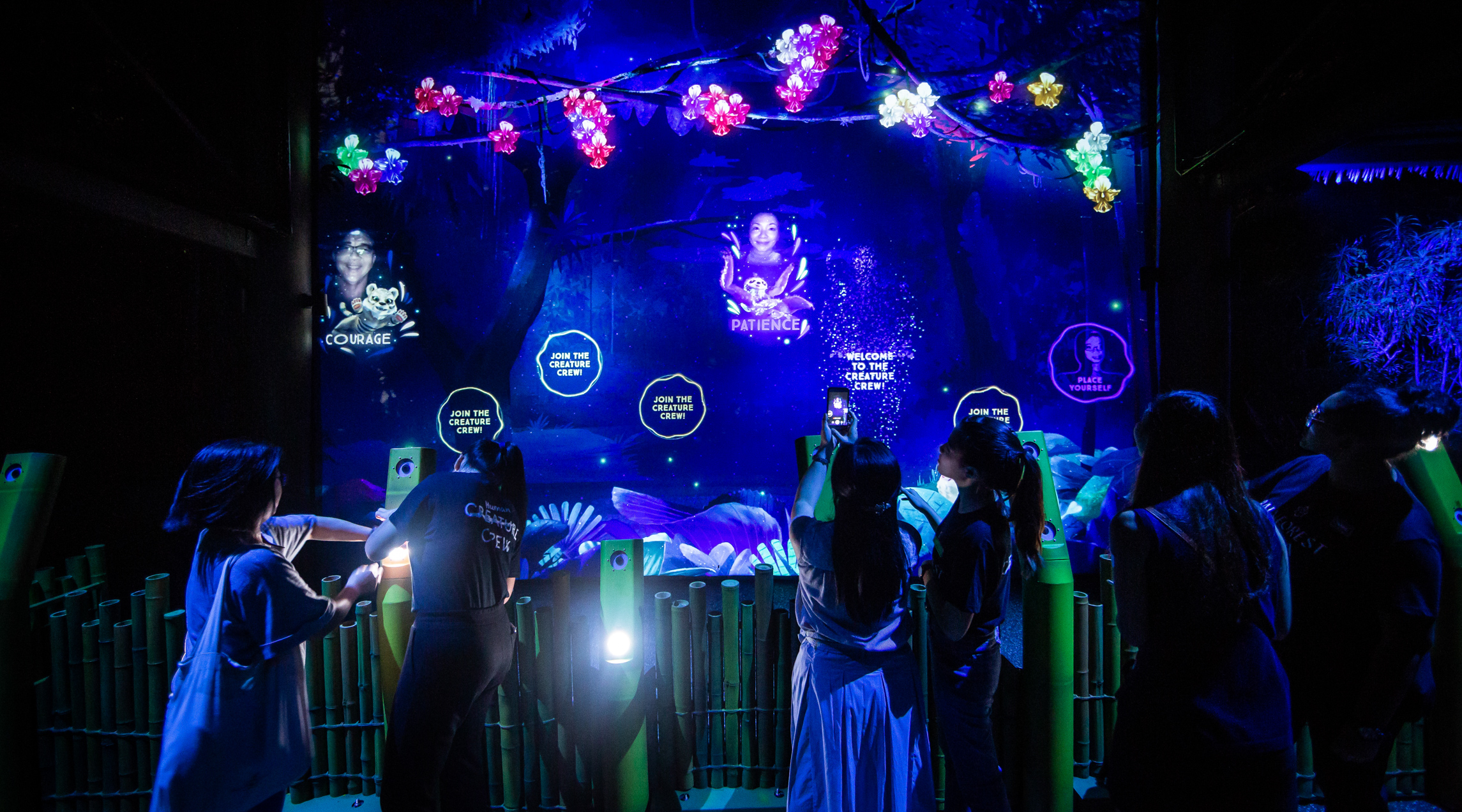 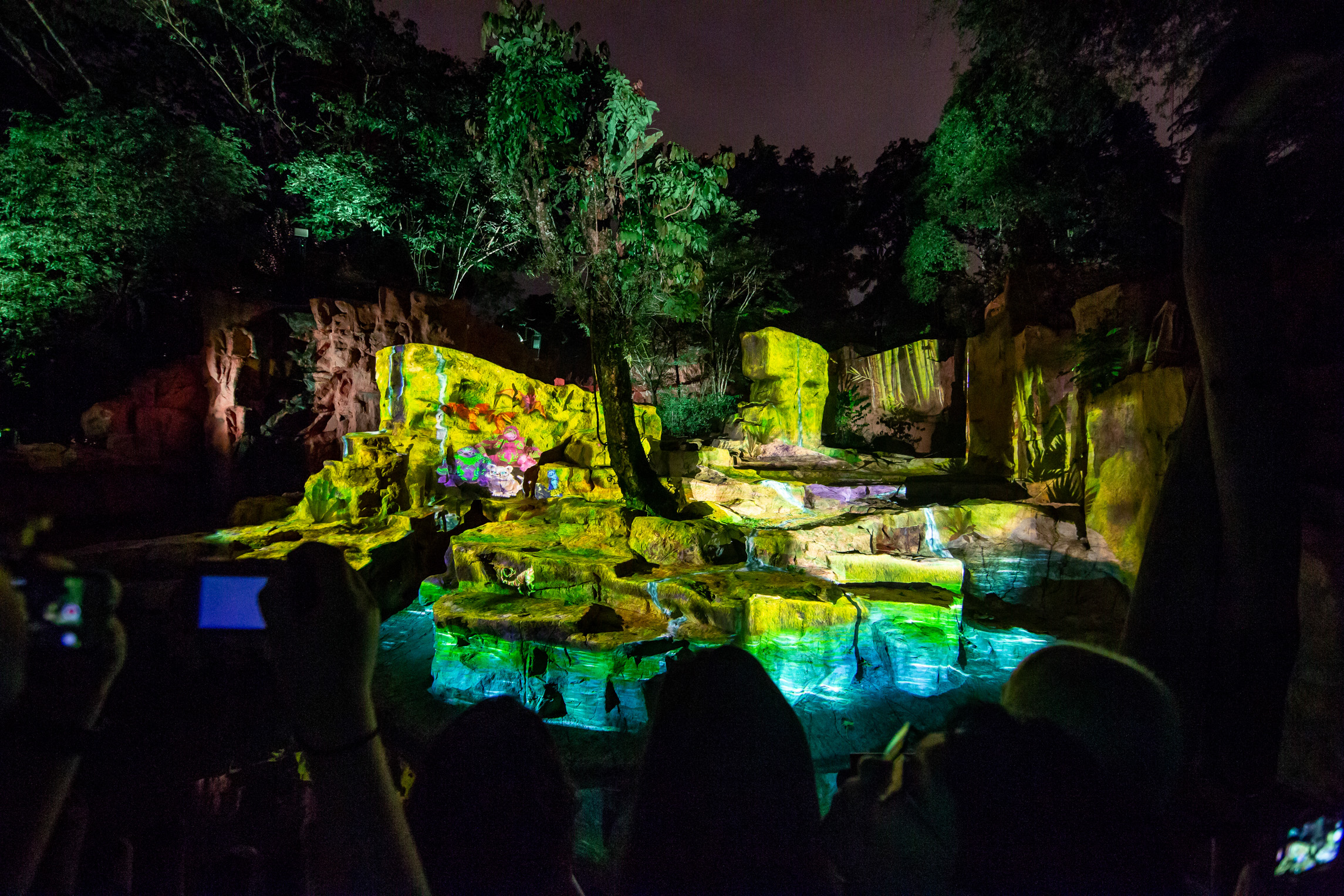 So what exactly is the role of these virtual characters? They are acting out an adventure in which the spectator is also part of the act, protecting the rainforest and watching over the animals by night. The “stage” in this case is the entire zoo, with visitors taking a circuitous route through the forest to take in everything that the installation has to offer. The rock shelves and streams where the animals frolic during the day have also been turned into canvases for the nighttime show. 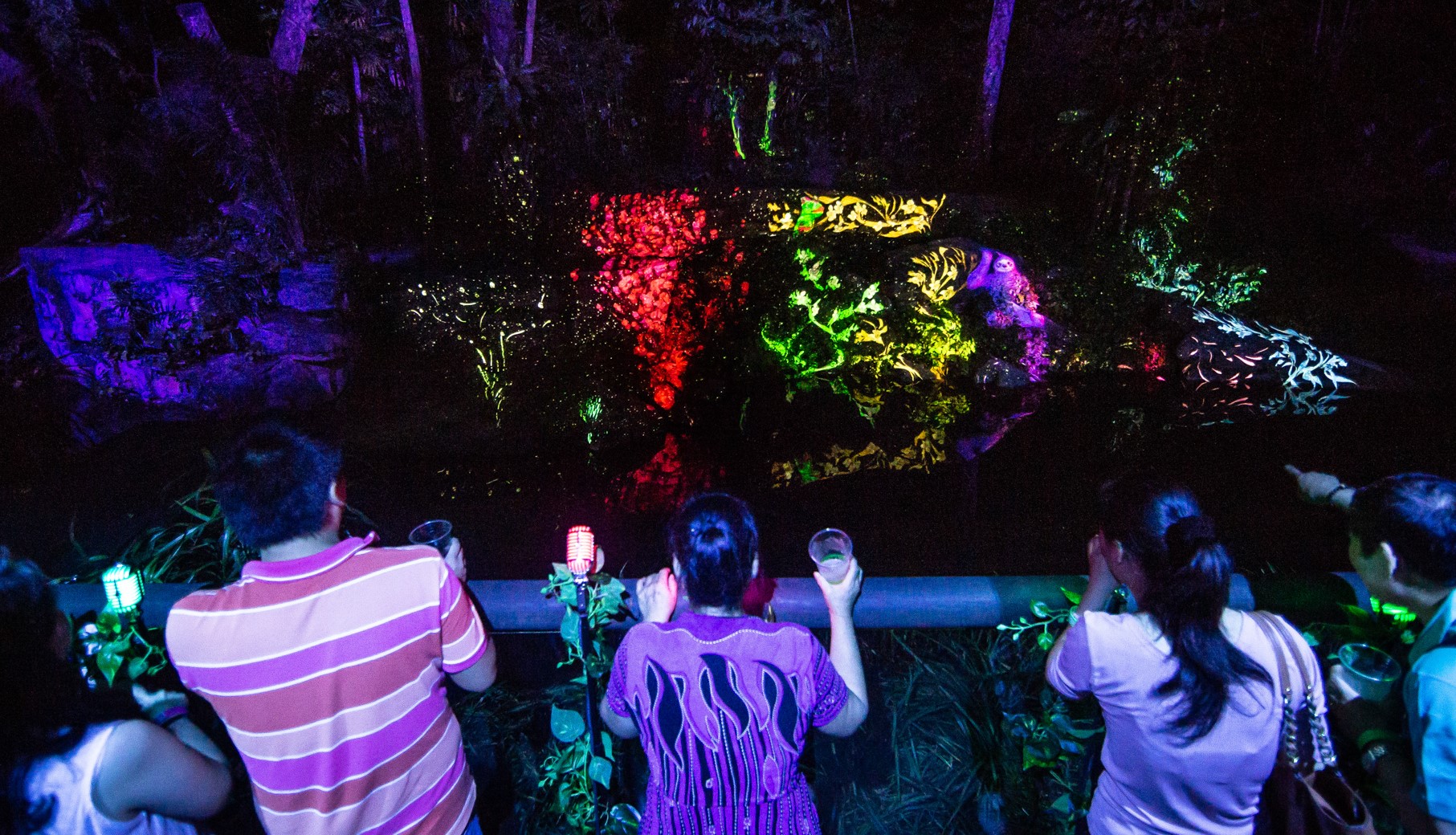 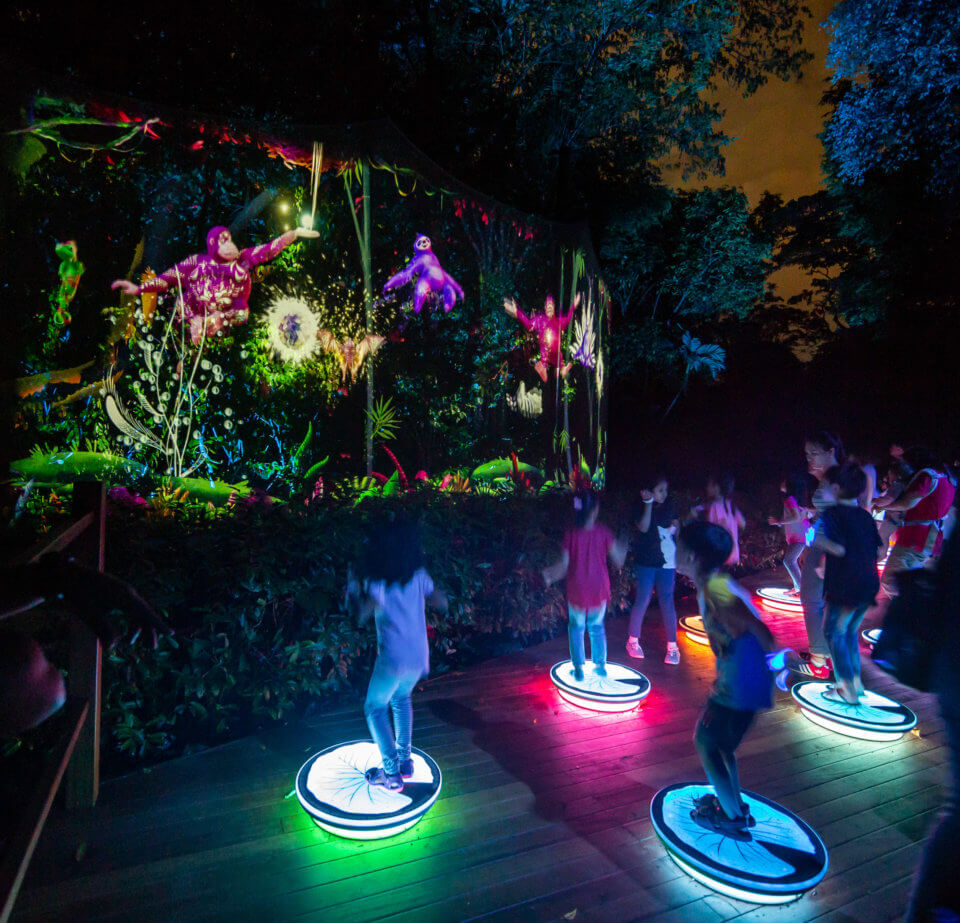 Before this interactive spectacle became a reality, it was meticulously sketched and drawn out. From there, mock-ups of the zoo’s landscape were made to see how the show would work. As with any theatrical act, there needed to be a story in place — except this story would have to do more than just entertain. It also had to draw the visitors into the natural landscape of the zoo and carry them right through it. Every part of the adventure is as scripted as the actors in an actual play, with just enough spontaneity left in for families with young kids to have fun, too.