In the late 18th century, as the elevator and steel-framed structure were first incorporated into construction projects, buildings became taller, and the realm of architectural possibility expanded significantly. Nonetheless, the early skyscrapers of the Chicago School, which were designed by American architects like Daniel Burnham, William Le Baron Jenney, and Henry Hobson Richardson, were initially met with a wave of skepticism.
Given the recent advancements in the lumber industry, including the advent of laminated-strand lumber (LSL), laminated-veneer lumber (LVL), and cross-laminated timber (CLT), is it safe to say we are now witnessing a 21st-century “Wooden School” of skyscrapers, and are they even realistic?
The first skyscrapers took a couple of decades to even garner a bit of praise, mostly because of the time it took to figure out how to integrate old systems into a new building type. It took time for elevators to gain the trust of the public, but today we rarely question their safety. The same is true for the electrical, heating, air conditioning, plumbing, and communications systems within most of the early tall buildings. It only makes sense that wooden skyscrapers will have similar obstacles to overcome, especially fears related to combustibility, building code requirements, and structural integrity. The wooden skyscrapers that are currently under construction, or that have already been completed, are the first few sentences in the argument in favor of mass timber as a viable option for tall buildings.
The wood that is most commonly specified for tall buildings is CLT, an engineered structural timber comprised of several layers of lumber that have been laminated with high-strength adhesive. CLT is not as combustible as you may think. According to research conducted by the Canadian government, even if the surface of CLT chars, the thick interior will stay intact, giving CLT constructions a fire-resistance of about three hours. CLT also has a smaller carbon footprint than steel or concrete.
In October of 2017, the construction of a 24-story wooden skyscraper called HoHo Wien began in Vienna’s Seestadt Aspern neighborhood. Designed by Rudiger Lainer and Partner, this hybrid structure is made up of a reinforced concrete core and a CLT frame. Scheduled for completion in 2019, it will include a hotel, restaurants, wellness facilities, offices, and apartment units. 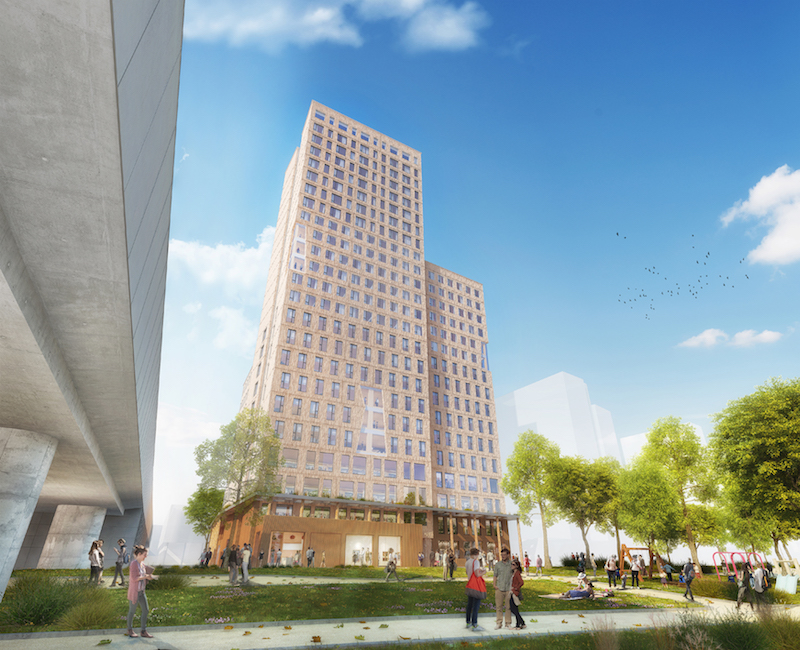 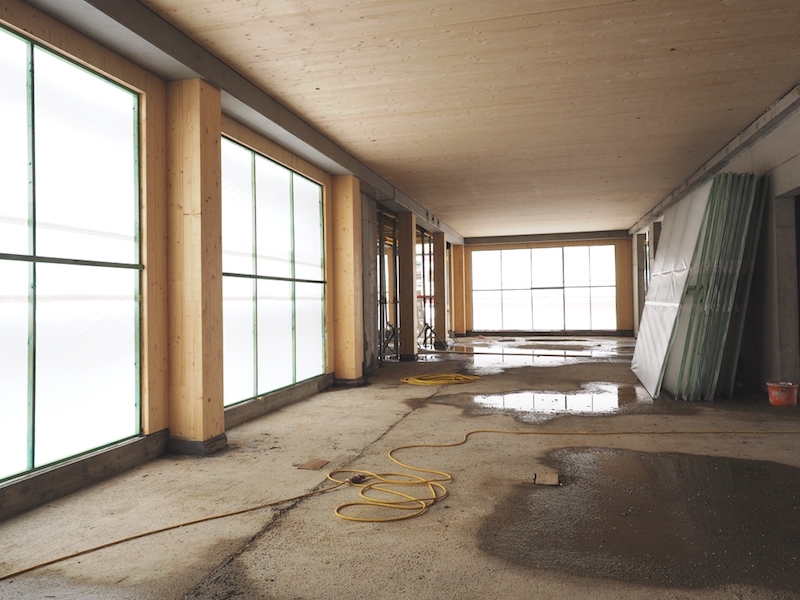 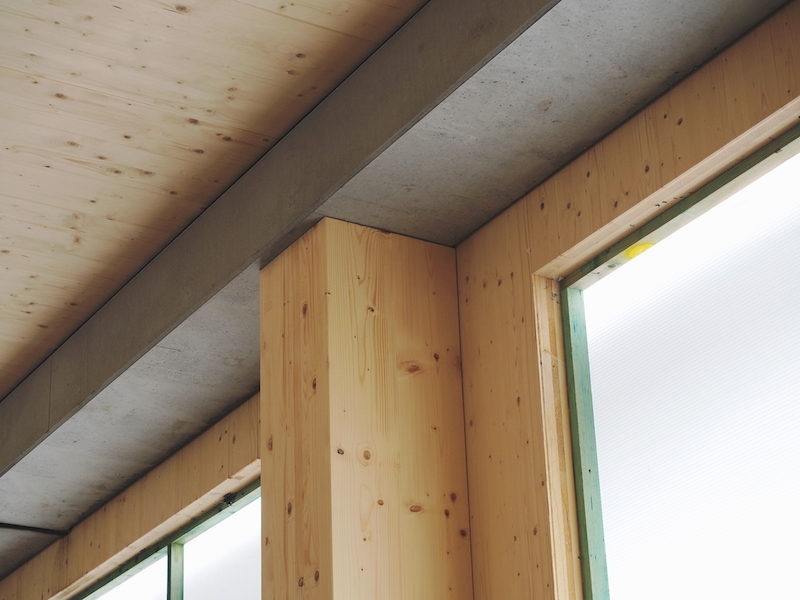 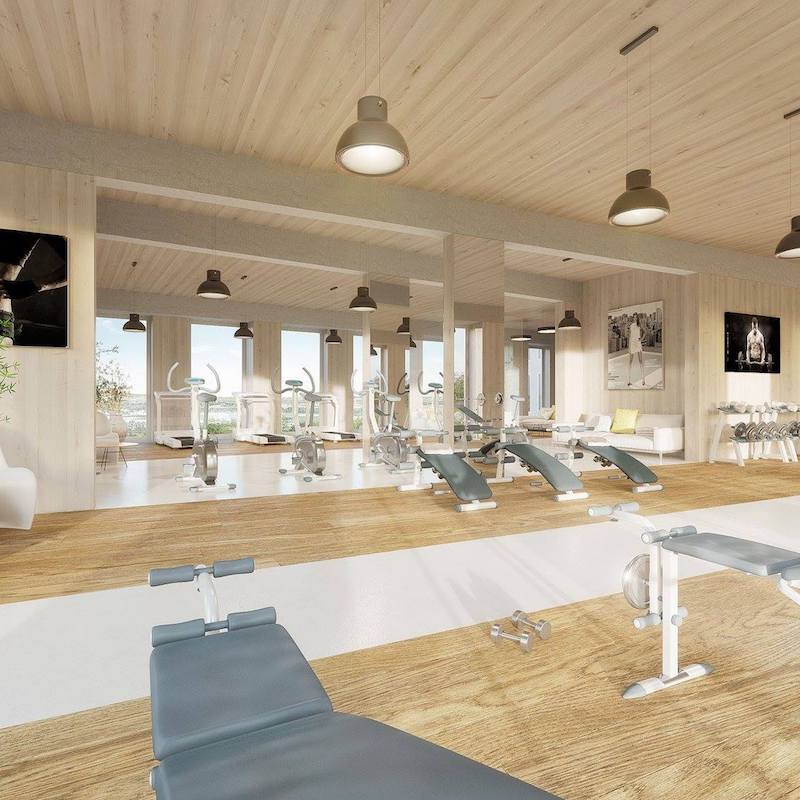 Also scheduled for completion in 2019 is Mjøstårnet in Brumunddal, Norway. This 266-foot, 18-story wooden skyscraper (designed by Voll Arkitekter) is also a hybrid, incorporating wooden columns and beams, concrete slabs in certain areas, and steel plies driven 164 feet into the ground. 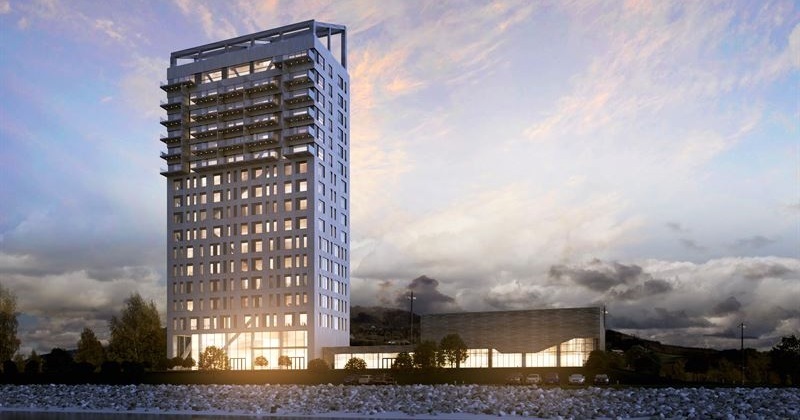 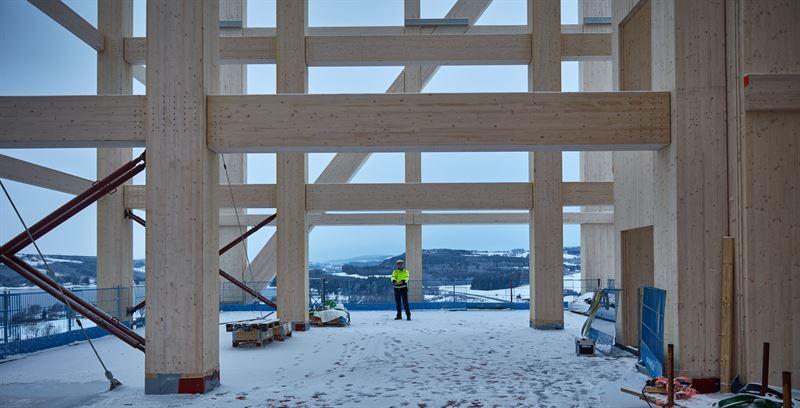 The 177-foot-tall Brock Commons Tallwood House in Vancouver is currently the tallest wooden skyscraper in the world. Designed by Acton Ostry Architects, this 18-story student residence was erected in just 70 days, consisting of two concrete cores and prefabricated facades. 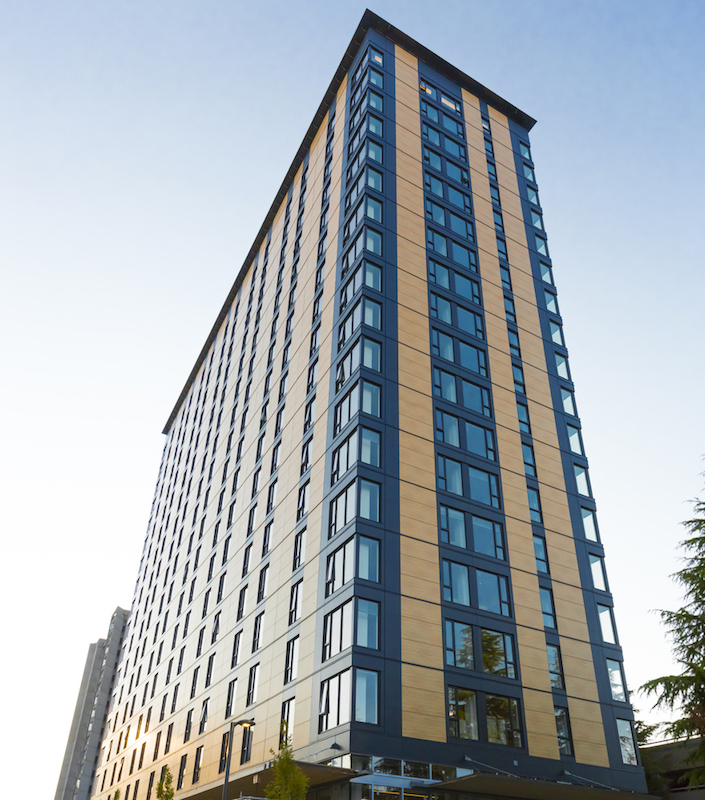 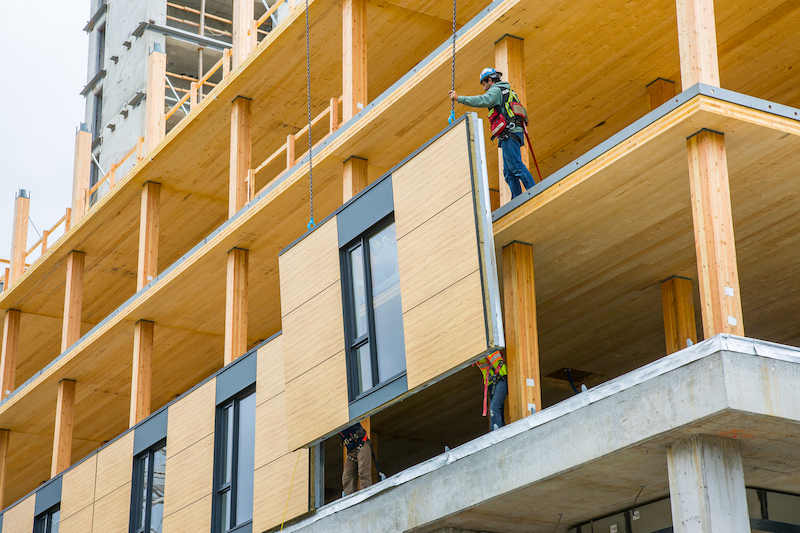 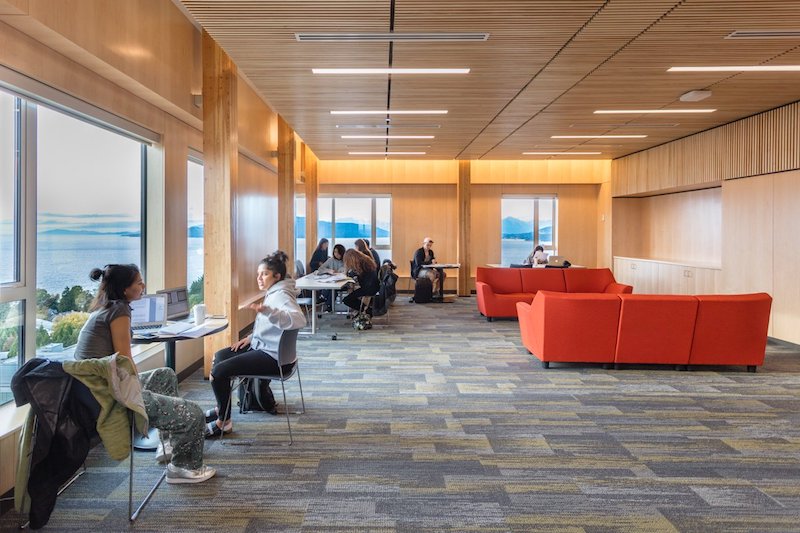 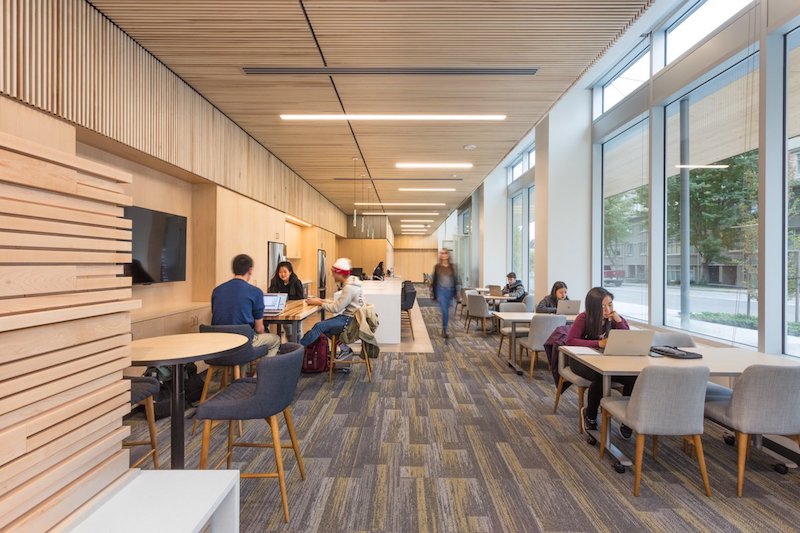 For the “Wooden School” of skyscrapers to truly progress, many architects, engineers, and companies will have to work together to push the building type forward. Architect Michael Green, the author of The Case For Tall Wood report, is one of those architects. He collaborated with engineering firm Equilibrium Consulting and Finnish wood products company Metsä Wood on a case study to show how the Empire State Building could be replicated using laminated-veneer lumber (LVL) as the principle building material. 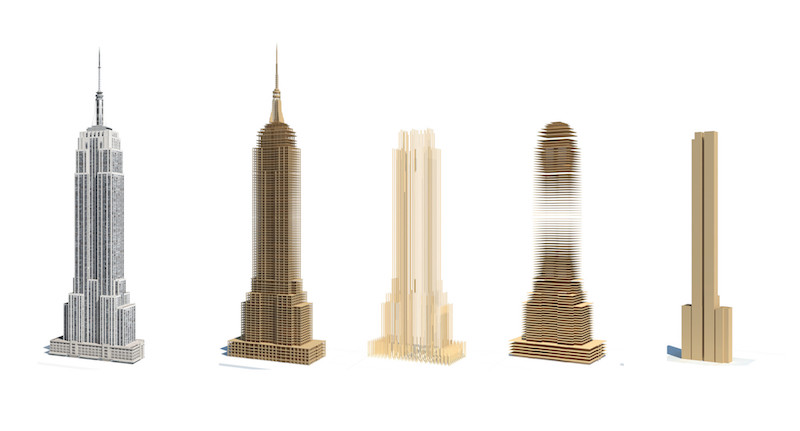 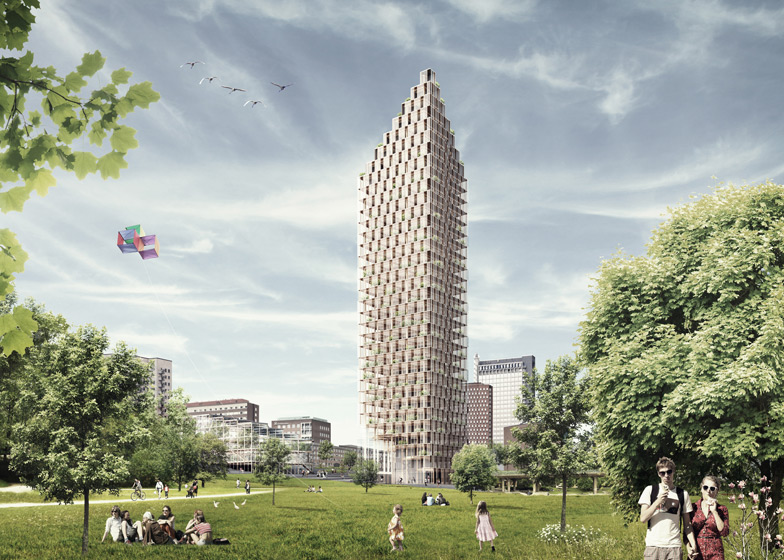 Continue reading below
Our Featured Videos
The proponents of these projects make great claims, but will they live up to the hype? Even with the early success of Brock Commons, it will still be several years before wood becomes a widely respected structural choice for tall buildings. Even if that happens, buildings will probably not be made with wood alone, but as hybrid constructions that incorporate concrete and steel.