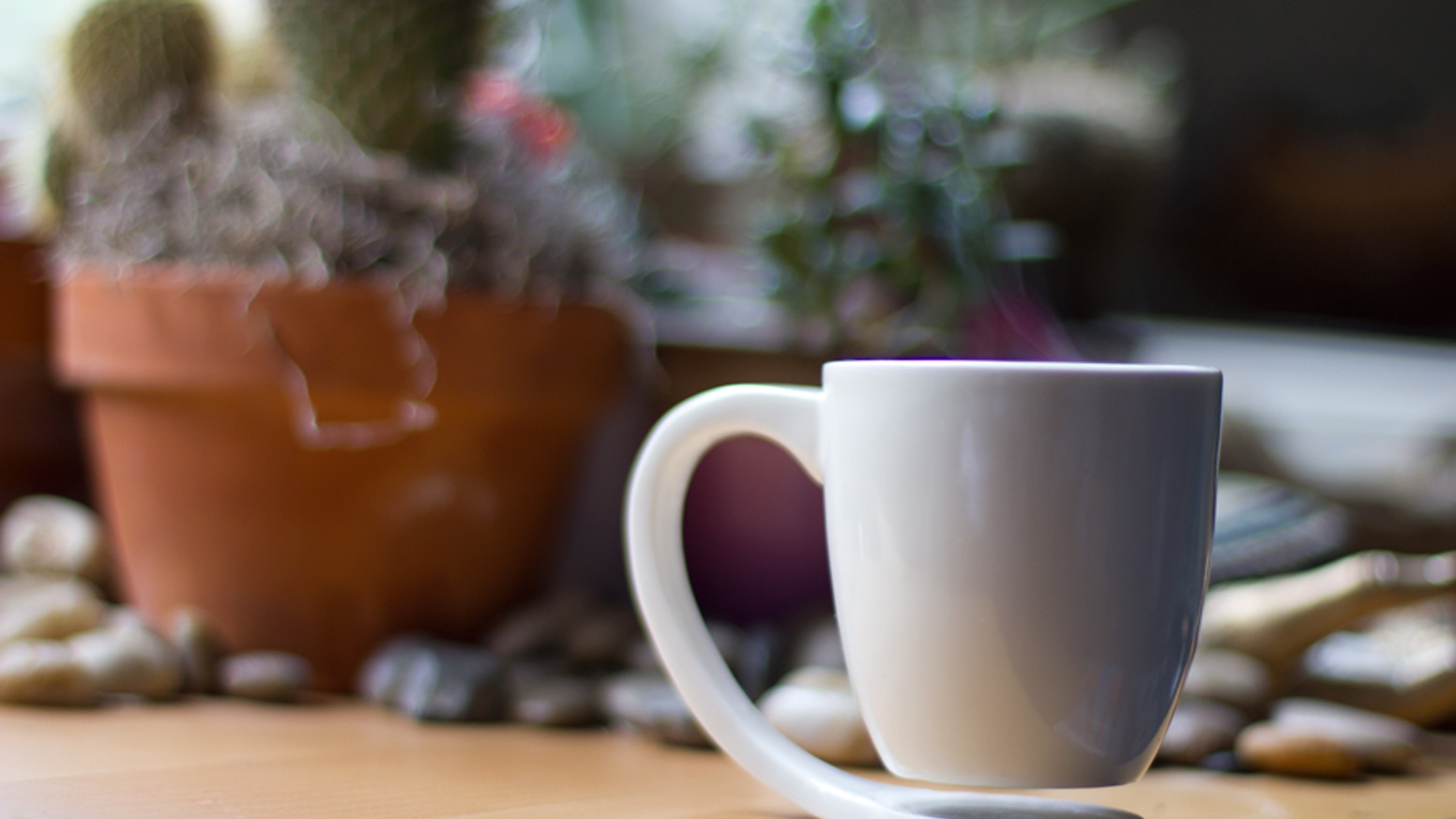 Coasters are curious things – they inhibit behavior at the most uninhibited events: gatherings of family and friends around common tables. As the night wears on, you either have to have fun or stress about whether guests are setting down their hot glasses correctly. 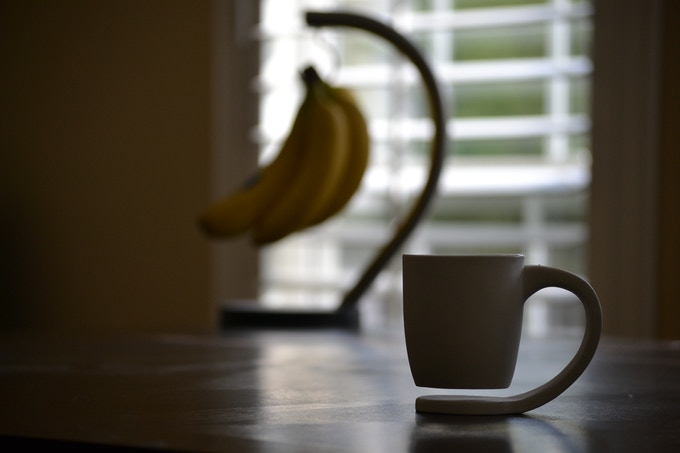 This nifty prototype by Tigere Chiriga is soon to become a mass-produced reality, already more-than-funded on Kickstarter. The goal is 500 units in US production as proofs of concept (with kickbacks in the form of mugs to contributors). 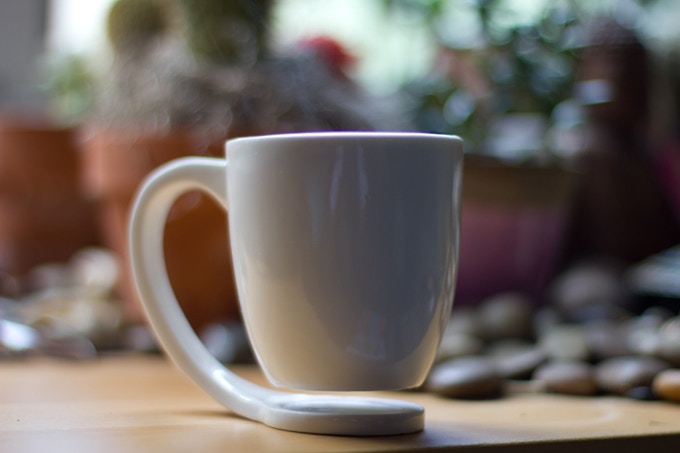 The first versions – shown here – were made in China. After enough friends asked where they were purchased, the answer became obvious: the should be made available for purchase.

“In December of 2008, I had just relocated to North Carolina from New York when I came up with the idea of a “floating mug”. My wife and I had just recently married and we purchased our first home along with all new furniture. As you can imagine, transitioning from a small NY apartment shared between 3 brothers, meant my wife had a lot of training to do. I would get yelled at all the time for some of my more notable work.”

“So I’m a huge tea drinker, and I have come across numerous designs for cups that have some kind of built in coaster, however, the design’s fell short of what I was looking for. For one thing, I love the feel of warm porcelain as I’m sipping a hot cup of tea or coffee, so the mug needed to be made of porcelain while maintaining the unique design. It also needed to be functional while pleasing to the eye. With this is mind, the very next time I went to reach for a banana off the banana holder, the concept hit me like stain on wood. That’s when the floating mug concept was born.”