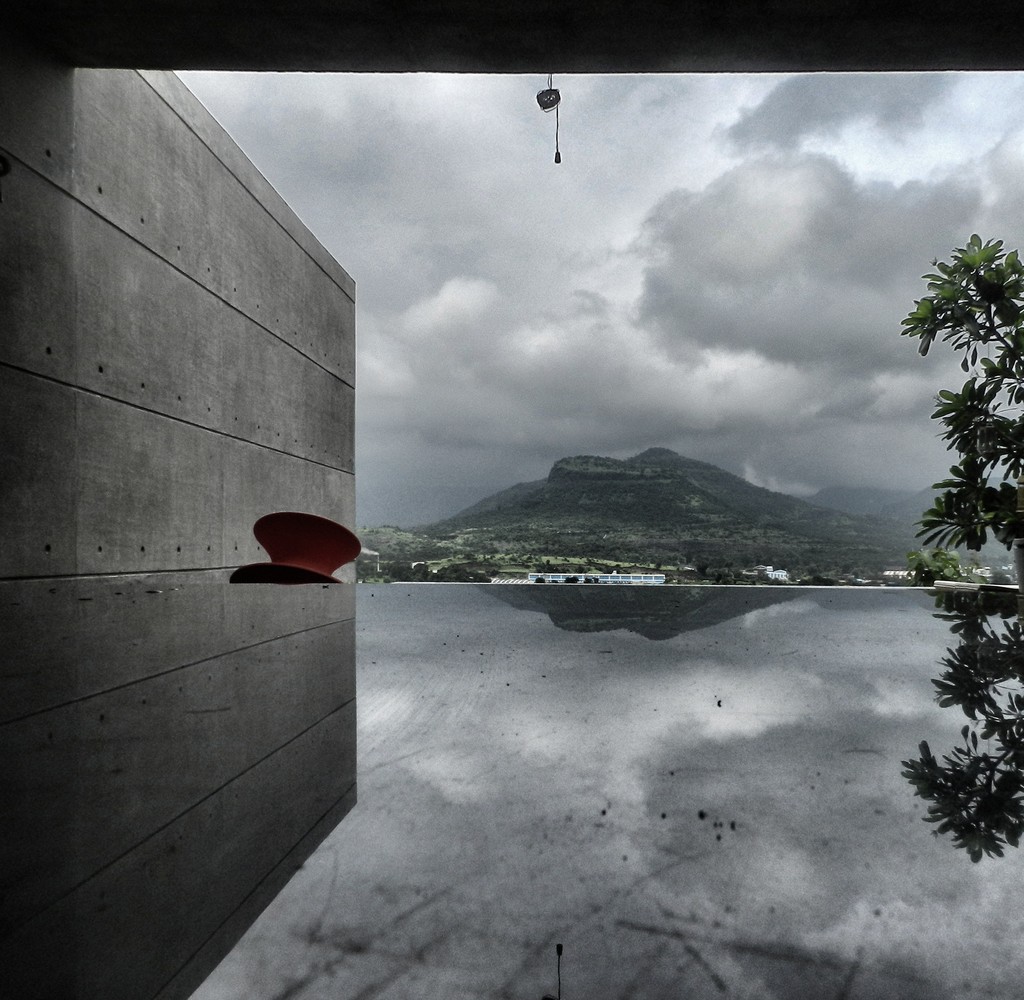 Perched on a rocky hillside in the highlands of Maharashtra, India is a “house cast in liquid stone,” conceived as an “outgrowth” of the basalt upon which it stands. The ultramodern home projects out from the landscape as a solid geometric form made with a mixture of water, sand, cement and granular basalt stone in a calming matte black and gray. 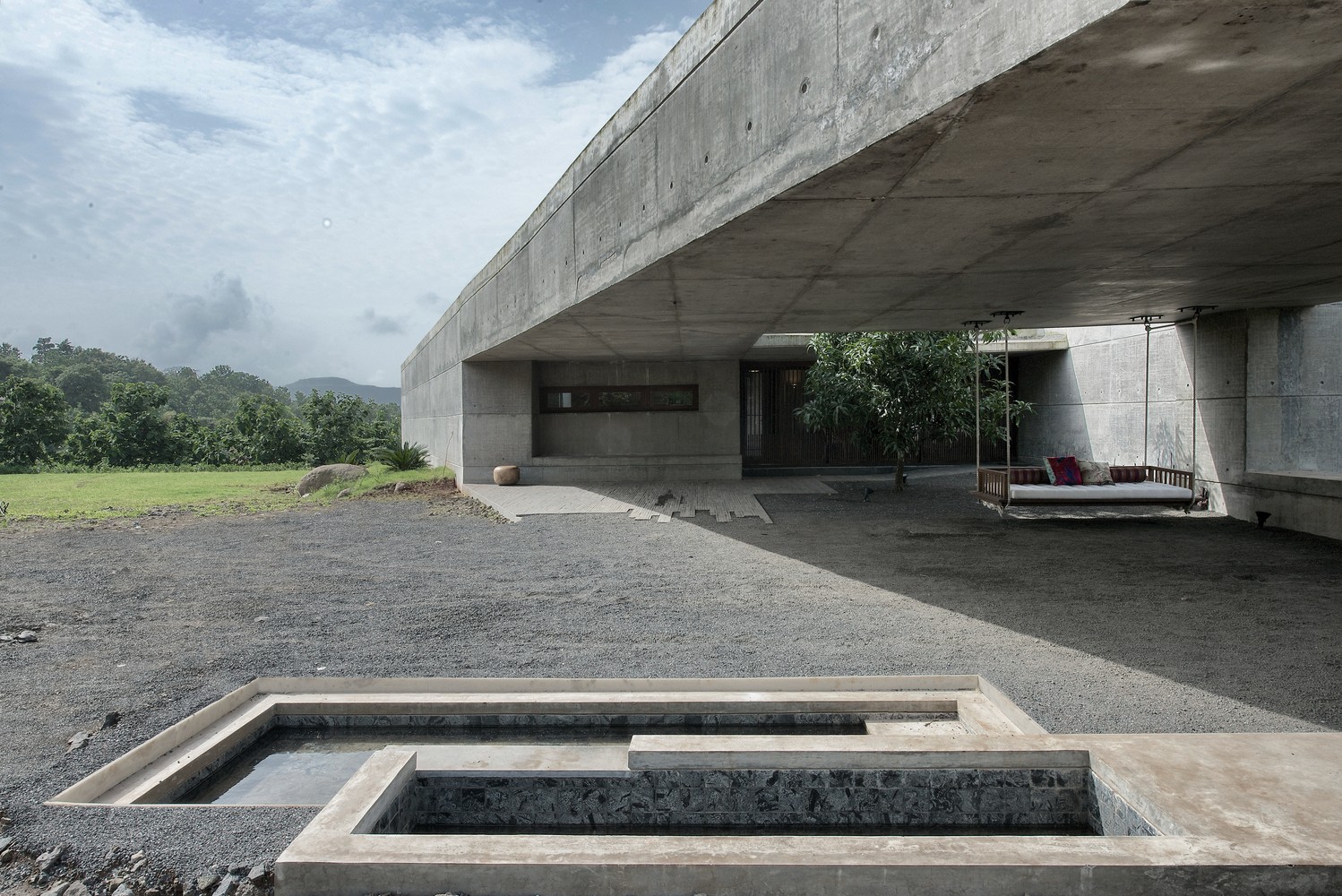 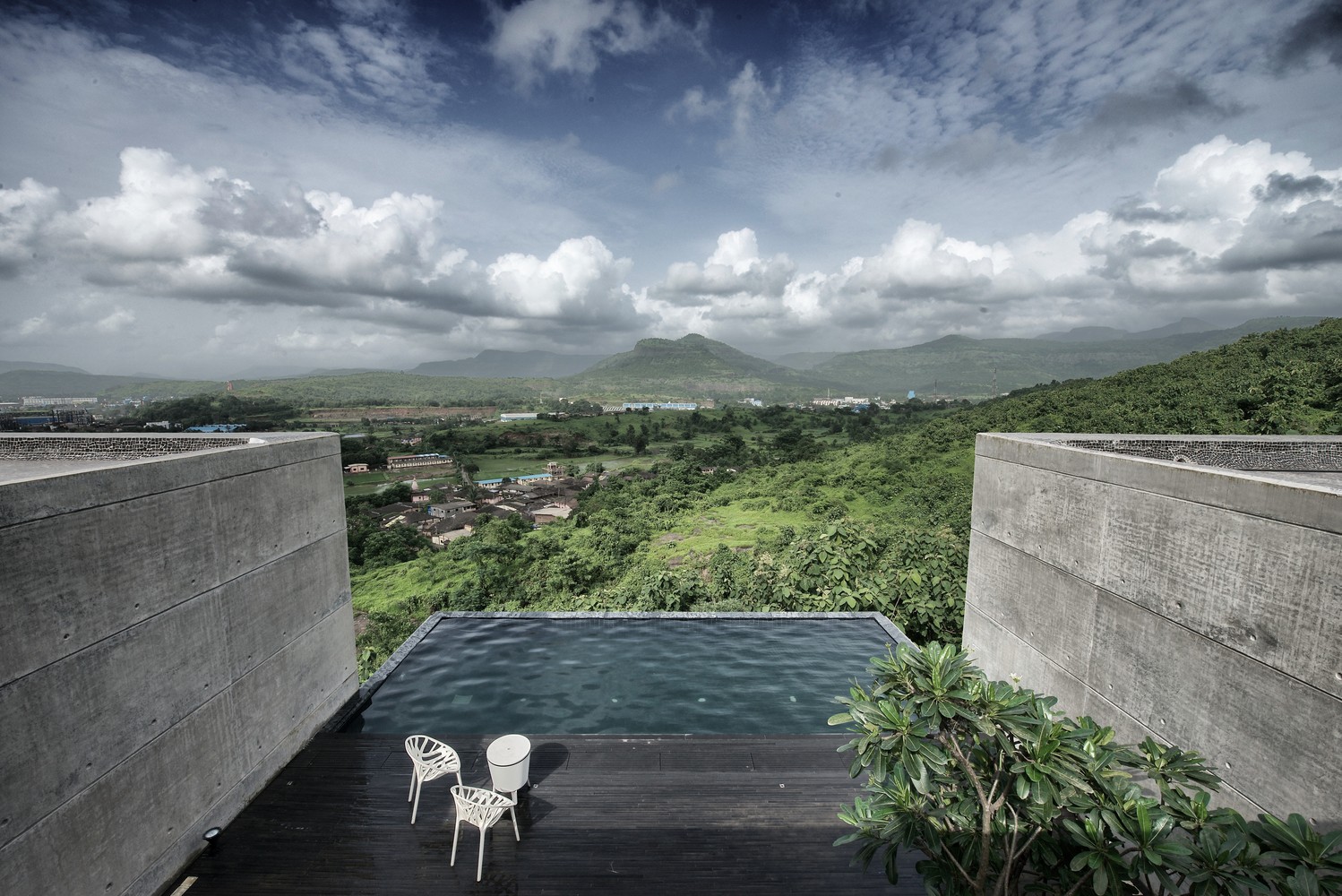 The monolithic cliffside home, by SPASM Design Architects, consists of a series of rectangles with several levels that allow different views of the stunning mountain surroundings and voids offering tranquil shaded shelter.

While a bit imposing, the sense of solidity and strength is an intentional reflection of both the home’s relation to the site and to the architects’ intention of making it a safe place that can stand up to the climactic changes of the region, which include severe monsoons. 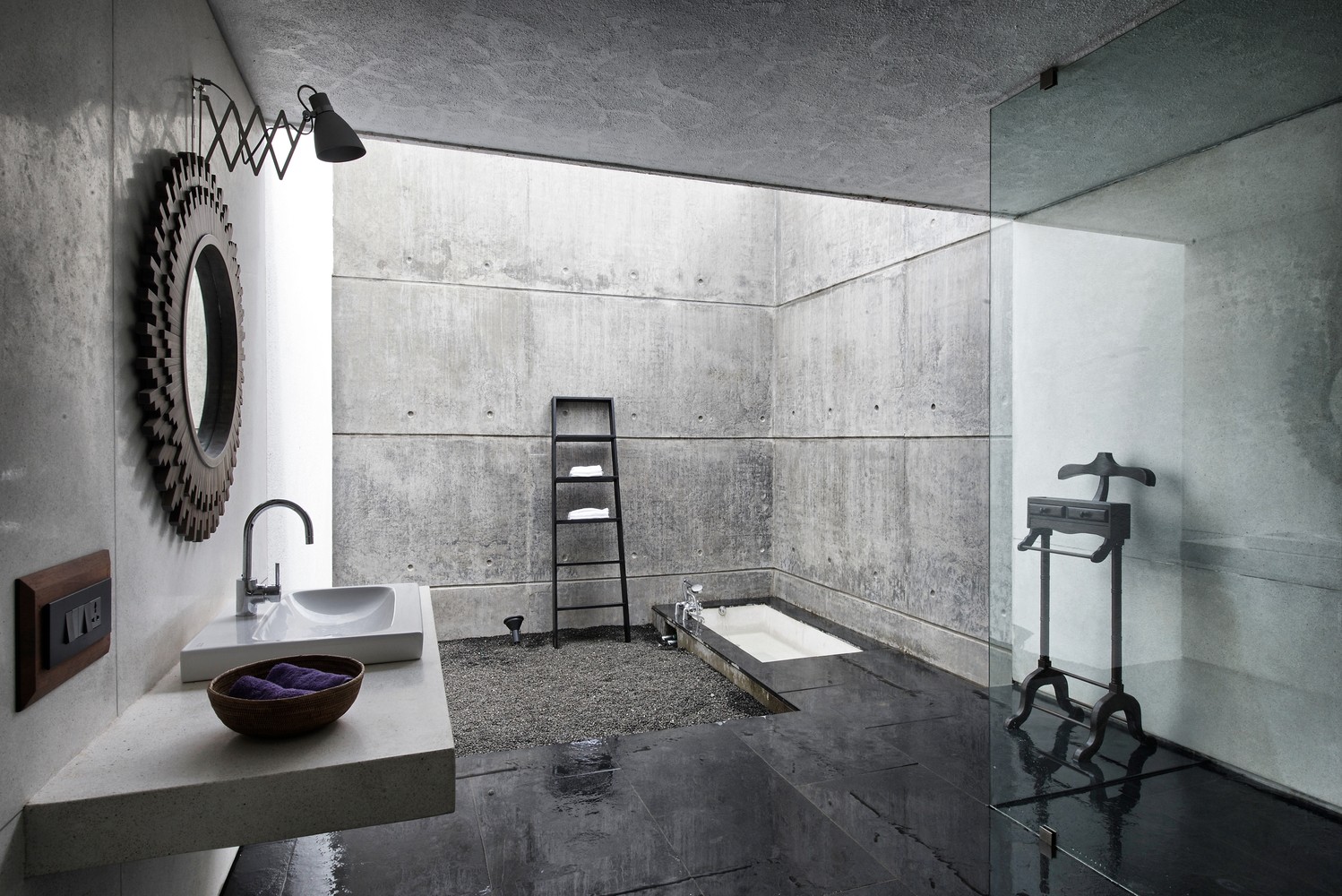 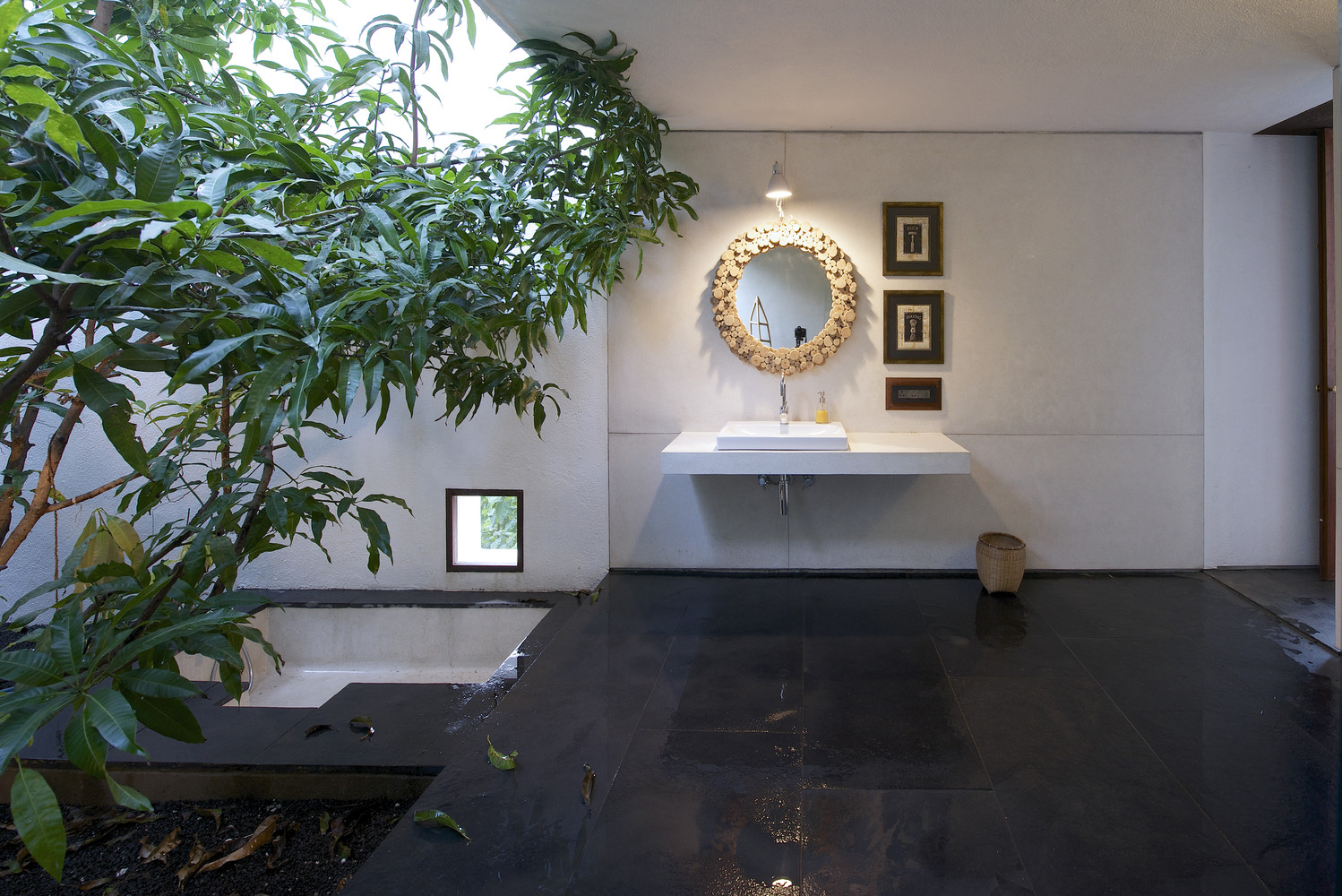 Reflecting pools multiply the sky, while the black and gray of the stone provides a quiet contrast against the bright green of adjacent foliage. Entering the home, one gets a sense of ‘burrowing’ into a refuge that is cave-like without feeling claustrophobic. It’s an unusual work of sculptural basalt architecture with an almost Brutalist form that’s softened by way of greenery and gorgeous surroundings. 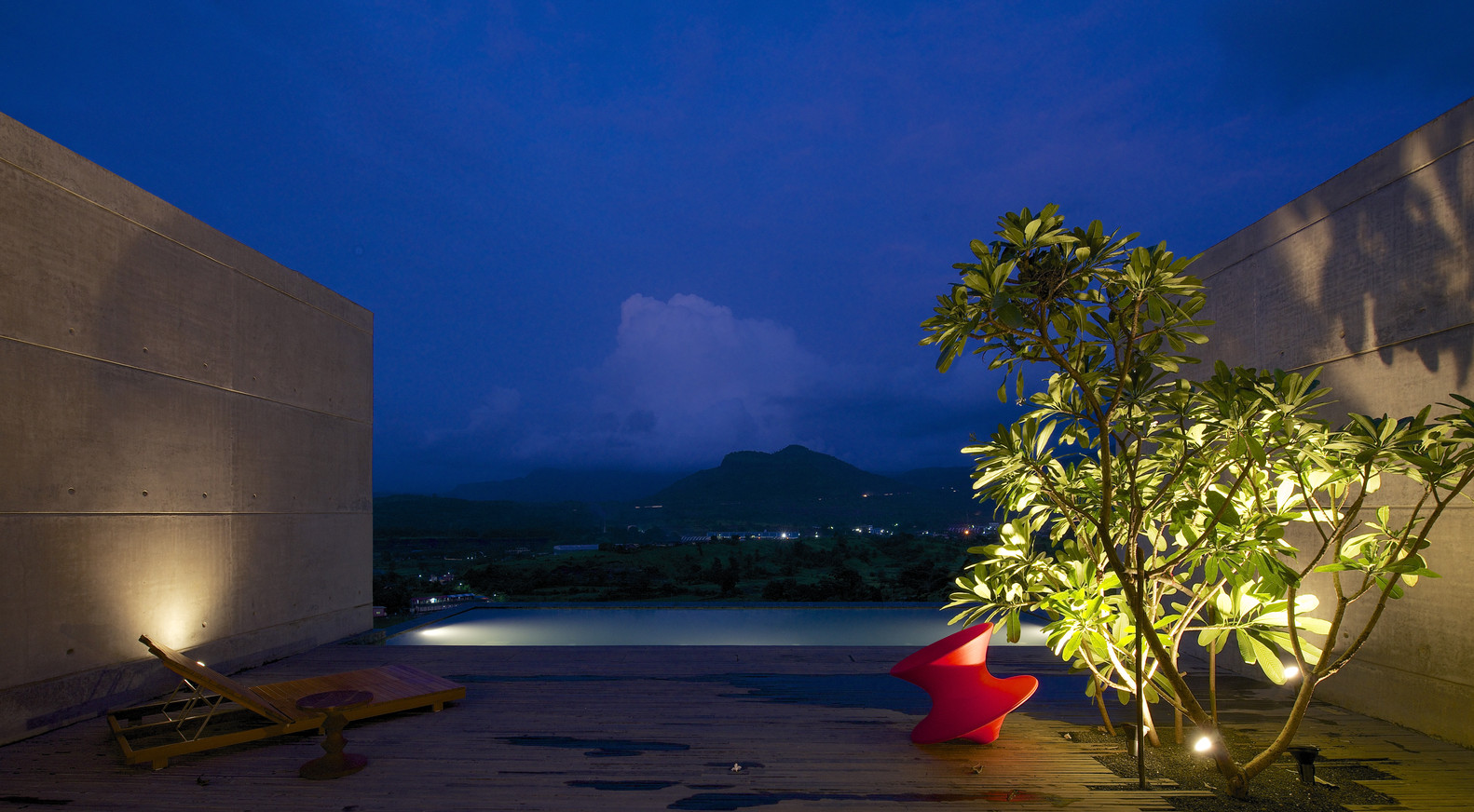 “A second home on a rocky outcrop at the start of the western ghats (highlands),Khopoli, in Maharashtra, India. An area of high precipitation in the monsoons, and equal heat during the summers, the site changes remarkably from March to July, with the onset of the south westerly monsoons. Basalt the local black rock of the region is what this site was about.”

“We chose to build the house as an accretion on this rocky basalt outcrop with the same inherent material transformed. An outgrowth which was made of a mix of water, sand, cement and the granular basalt. Concrete finely honed to serve as refuge, to face the climatic changes that the site offered. The house was conceived as a cast for human occupation, a refuge which trapped the views, the sun, the rain, the air, and became one with the cliff edge it stood on. Akin to the growth of a coral, the substance of the walls and roof dictate the experience of inhabiting the site.”