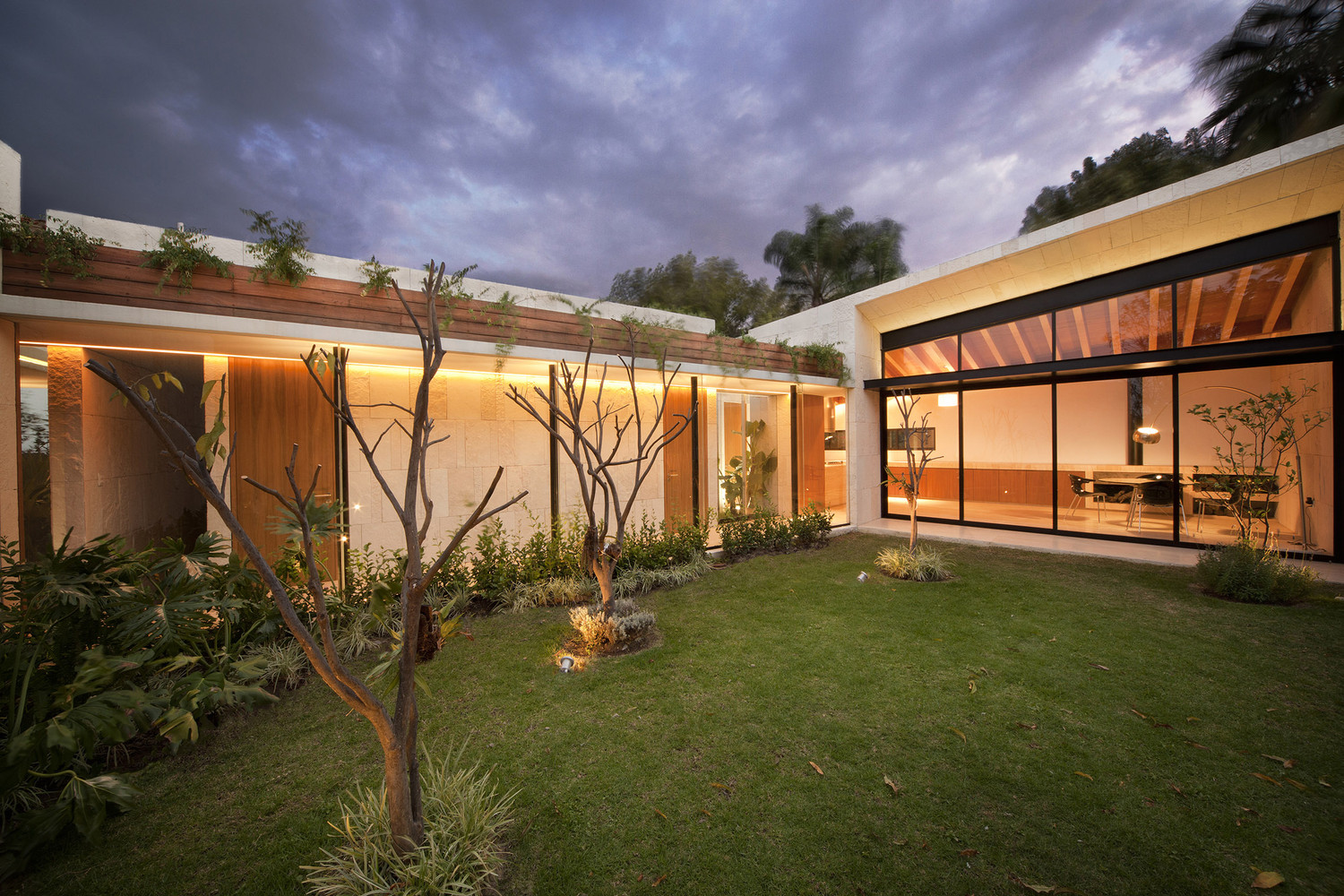 Rather than think of outdoor space as an interstitial zone between public and private, lovely little central courtyards like this work like exterior rooms – spatially equivalent and as significant as interior zones – especially prevalent (and ideal) in Spanish-influenced, warm-weathered Mexico. 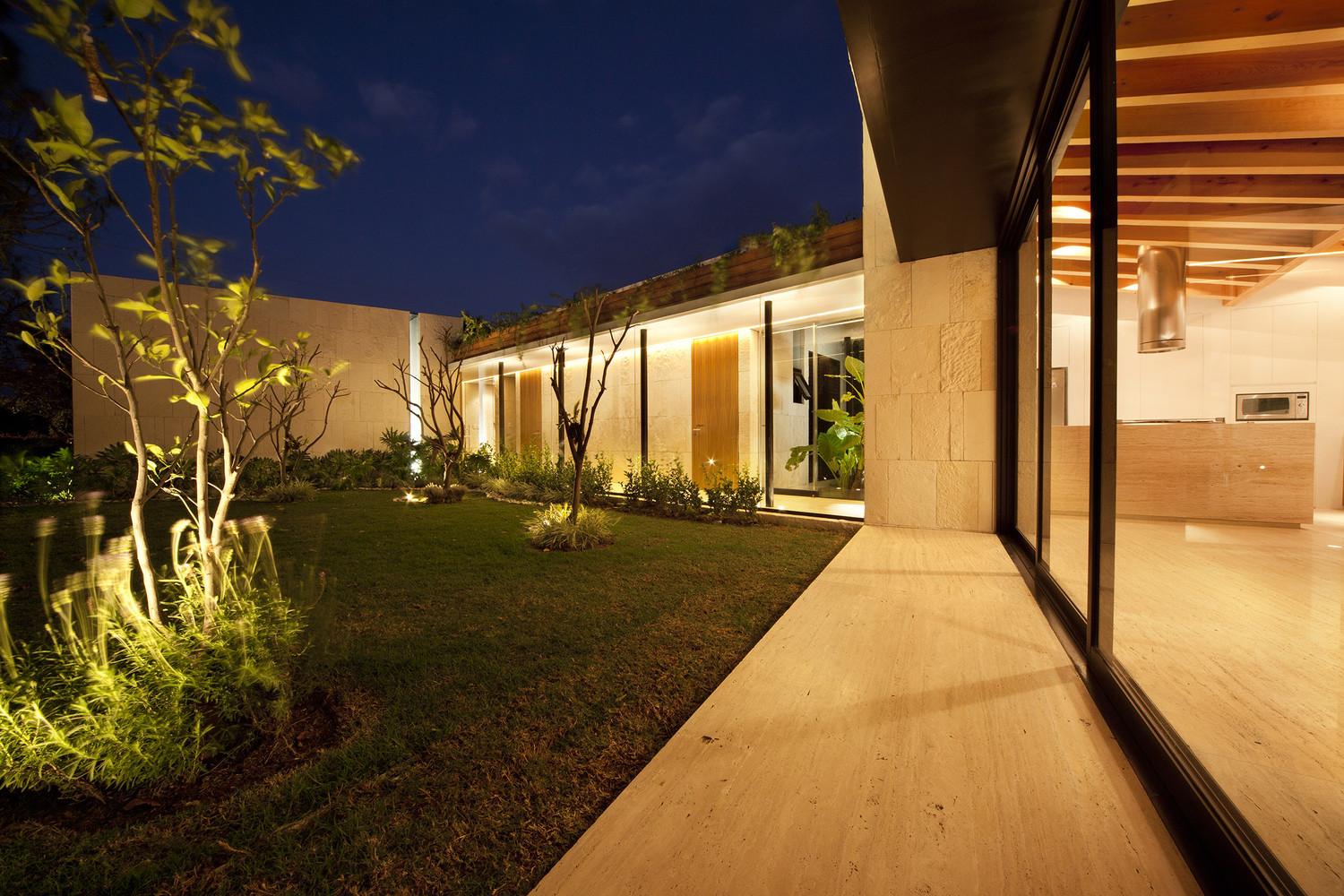 Taller Hector Barroso is a modern firm with a flair for adding local flavor and regional considerations into small residential projects like the ones shown in a series of simple pictures here (no plans, unfortunately). This stunning tropical courtyard house pairs an airy layout with lush greenery for an effect that’s chic, yet relaxed. 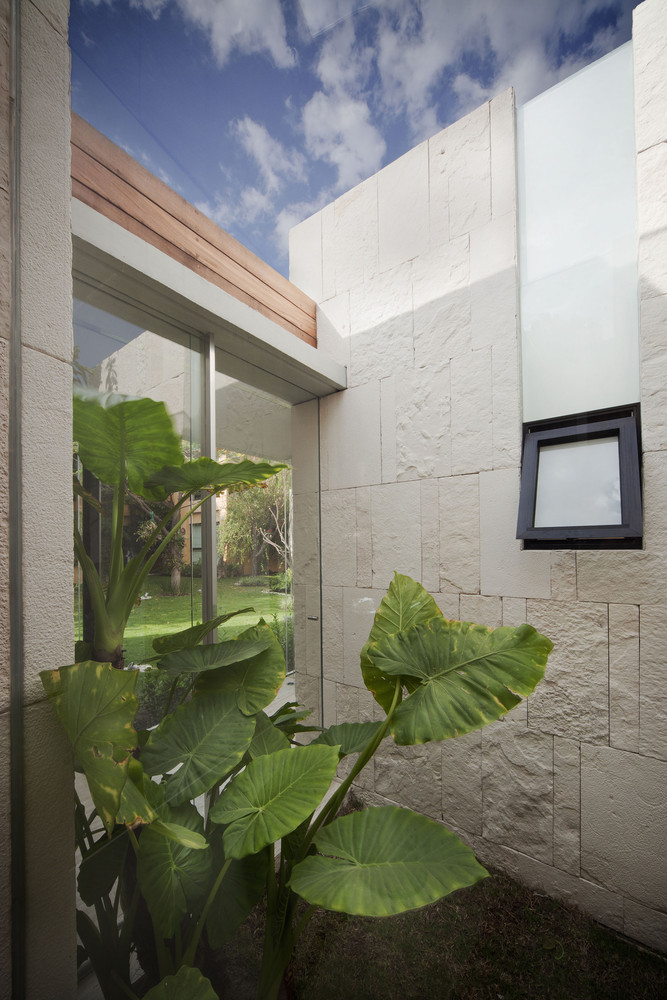 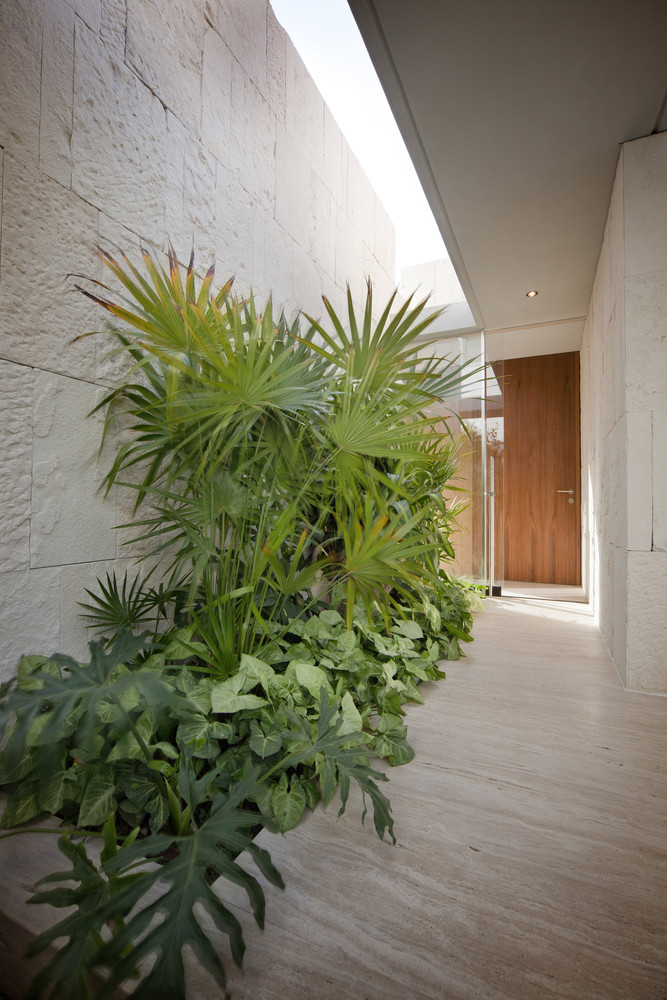 The interior garden area also supplies natural daylight to the whole one-floor interior except for the temperature-controlled wine cellar. In turn, inward-facing walls serve as visual fencing from the outside world, while green growth and architectural elements serve to provide privacy from room-to-room views across the open space. 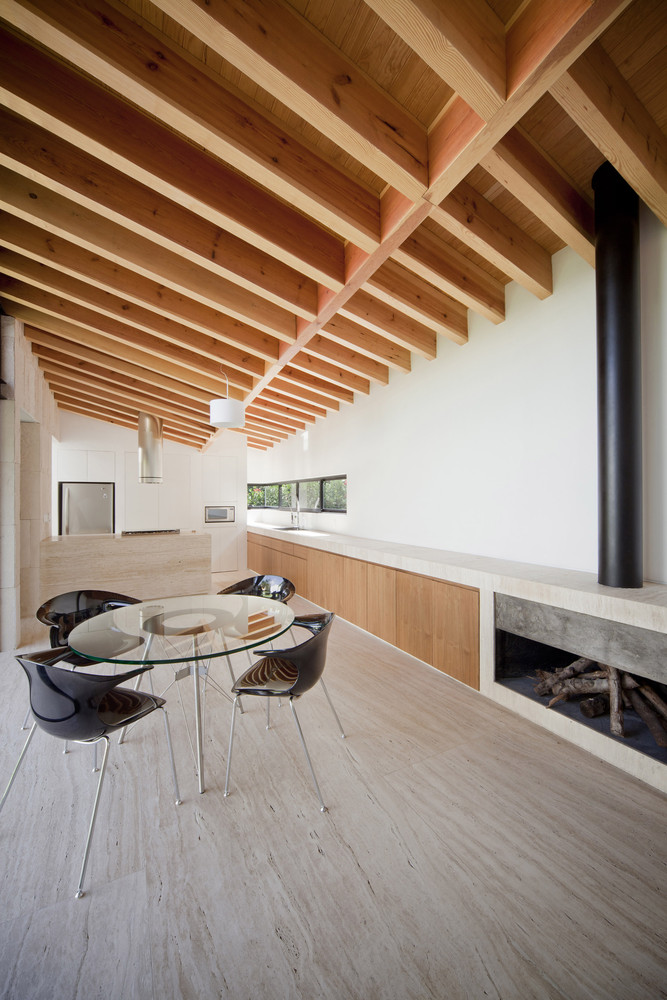 The landscaping choices show off creative curves, reflected in the wrapping-but-rectilinear spiral of the inside/outside plan while adding some organic decor to the simple modern structural lines. This twisting motion spreads out into a dynamic asymmetrical front patio with minimalist accents.

“The house consists of three rectangular volumes positioned in the form of “c” joined by a main circulation, where each responds to different needs of the program. The first volume is the private: the master bedroom, bathroom and dressing room. The second volume is made up of services: study, cellar, laundry; the third is the social space, the public, where in a single volume overlooking the garden we have the open kitchen, living room and dining room.”

“White galarza quarry was used as a covering for the exterior volumes, the stone continues in some interior spaces making both spaces visually connected. The different faces of the galarza are sectioned totally or partially to achieve a good natural lighting. At night, these illuminated slots are what allow the house to be a set of lamps to the outside. The house illuminates and respects its surroundings, it is a house that is friendly with the environment, using renewable energies for its own consumption.”