Dreamed up by a mime, a highly unusual home with a grand total of nine domes is currently up for sale in bankruptcy court at a rock-bottom price. Located just 30 minutes from Portland, Oregon in the town of West Linn, 1850 Carriage Way is undeniably special. Nestled into the woods, the home is bulbous and organic, with just a few of its domes (as well as its rustic entrance) visible from the nearest road. Some of those domes were salvaged from the World War II aircraft carrier U.S.S Bunker Hill. As surreal as it may seem from the outside, its interiors are surprisingly airy and modern, with soaring 18-foot-tall ceilings in nearly every room. 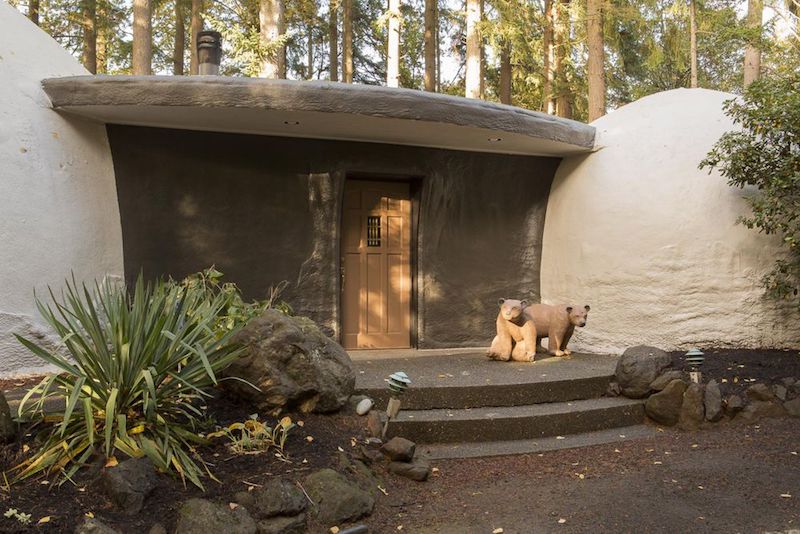 Dutch artist Francisco Reynders, an actor, theater set designer, and mime who trained under Marcel Marceau, designed and built the 2,400-square-foot home in 1978 after finding the aircraft carrier components at a nearby junkyard. He envisioned a home that would look like an extension of the hilltop, and one with a sensuous feel to it. Not a fan of sharp angles, Reynders sought an abundance of curves. Local builders were flummoxed by his descriptions, so he made small-scale models to show them what he wanted. 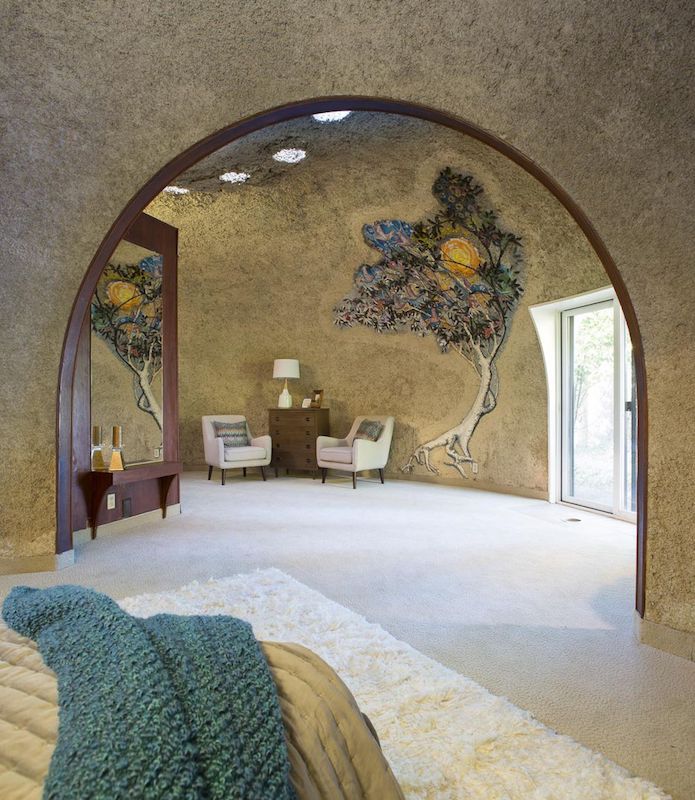 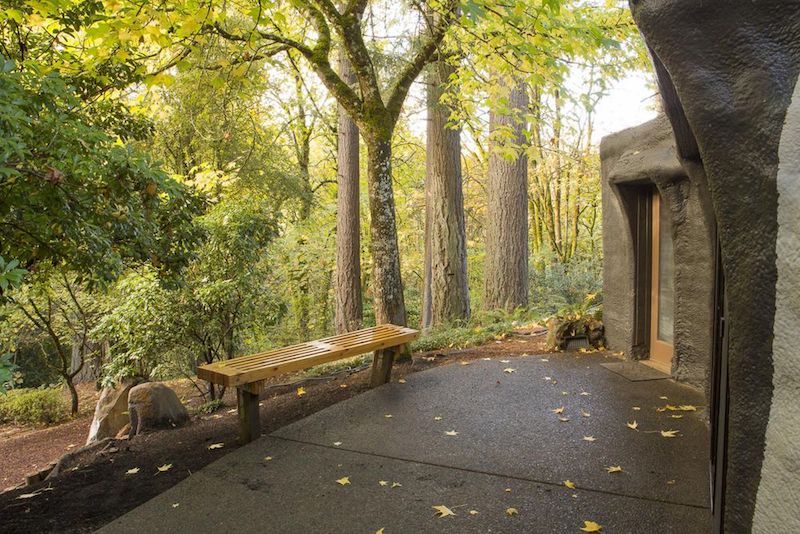 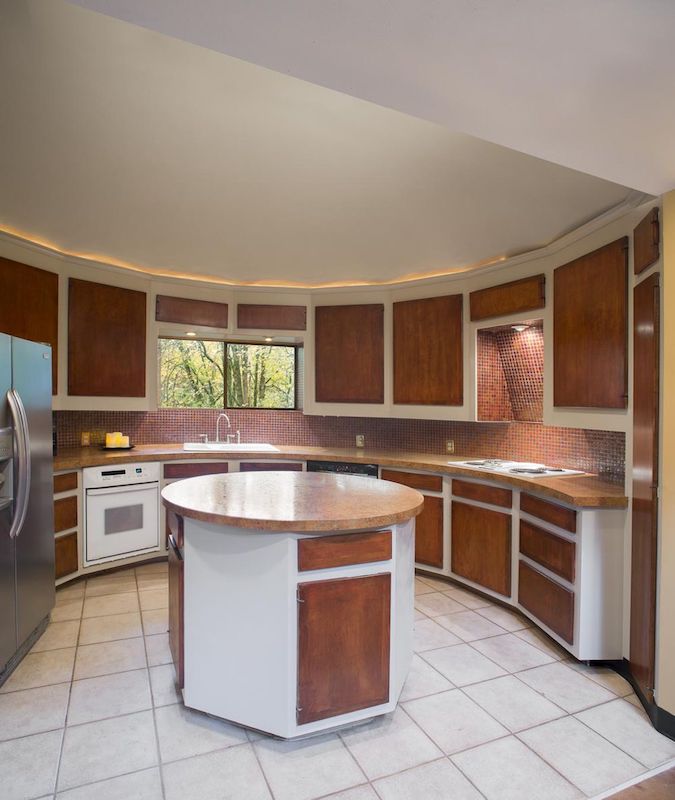 The structure that ultimately took shape, in the form of two large domes with seven smaller ones clustered around them, has been referred to by locals as the Hobbit House, the Smurf House, the Flintstone Dwelling, the Mushroom Abode, and Yoda’s Place. Former owner Peter Einstein, who lived there for fifteen years, once heard it called “dinosaur poop,” as recounted to The Oregonian. 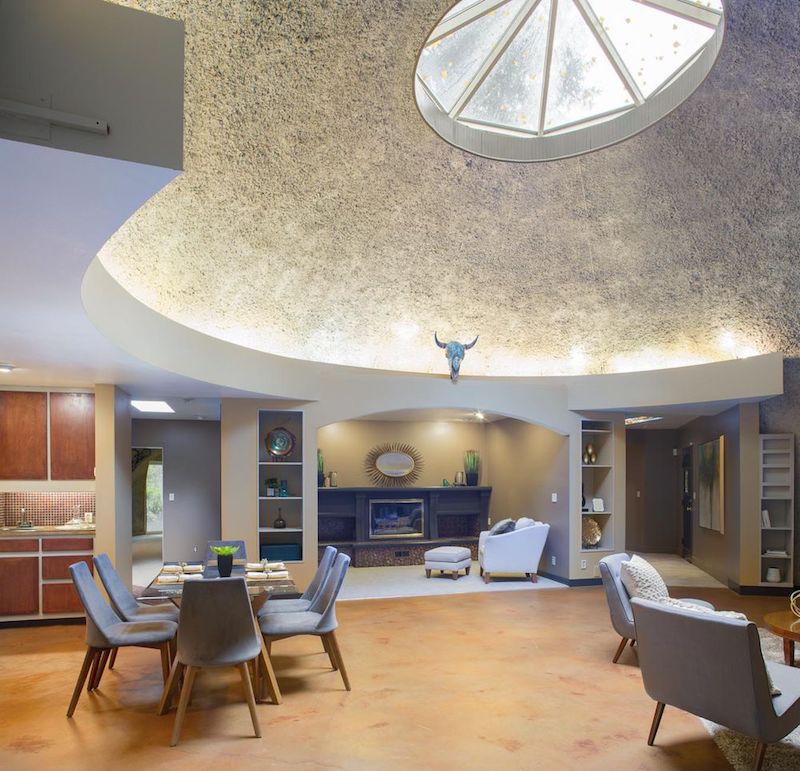 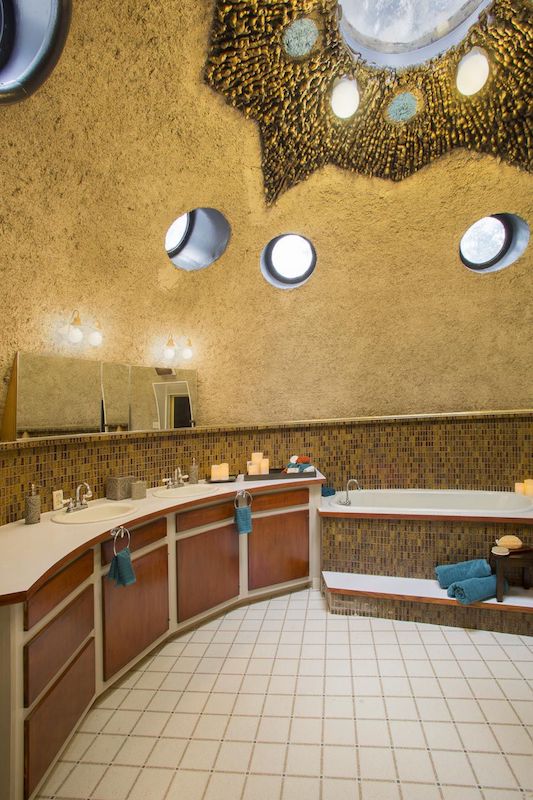 Einstein purchased the home in 2001 from Reynders’ widow and sold it in 2015 on the condition that it not be torn down. It went on the market yet again in 2016 for $775,900, and its current price is set at a discount $400,000. Of course, there’s still a chance that the new buyer will demolish the structure to build something else on its desirable 1.4-acre lot, especially since it’s said to have some existing structural problems. Einstein specifically notes that the leaky skylights and constant need to maintain the exteriors of the domes drove him out, as much as he loved living there. 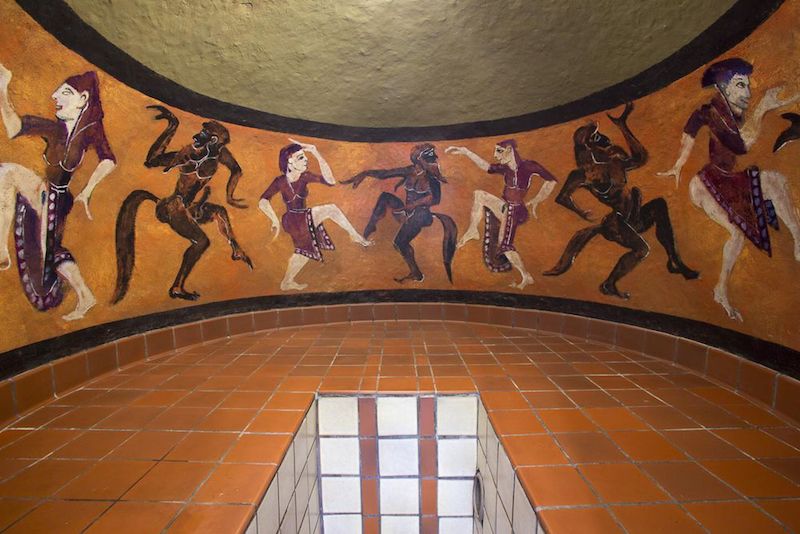 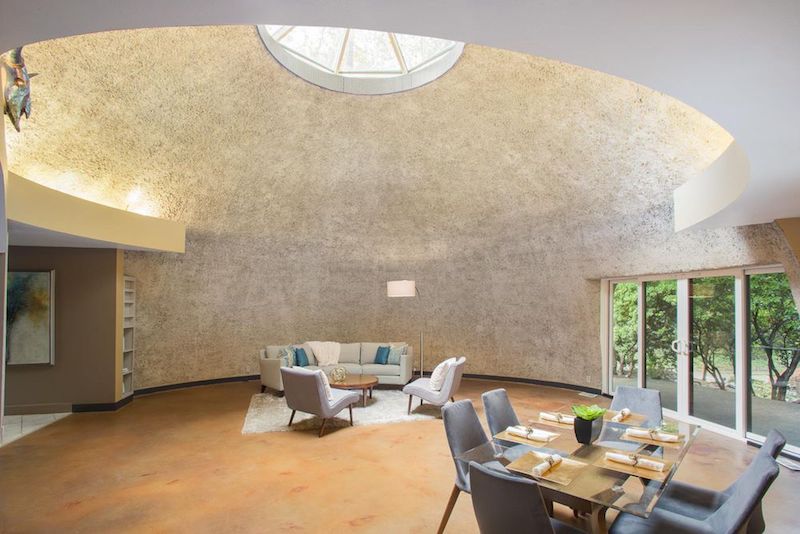 Archive photos taken by Stephen Cridland for the 2015 sale through Soldera Properties give us a look at the home’s striking interiors. There’s something iconic about the way the ceilings of the connecting structures cut away to reveal the top of the largest dome, which itself contains the living room. The smaller domes contain the kitchen, a bedroom nook, and a master bathroom with a jetted tub ringed by a fresco like an ancient Roman underground spa. 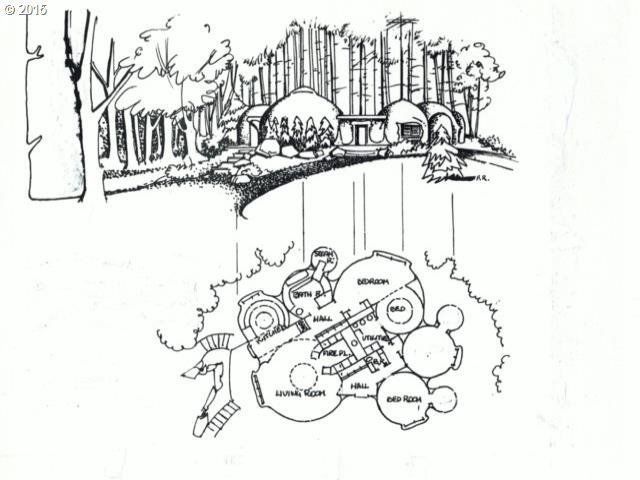 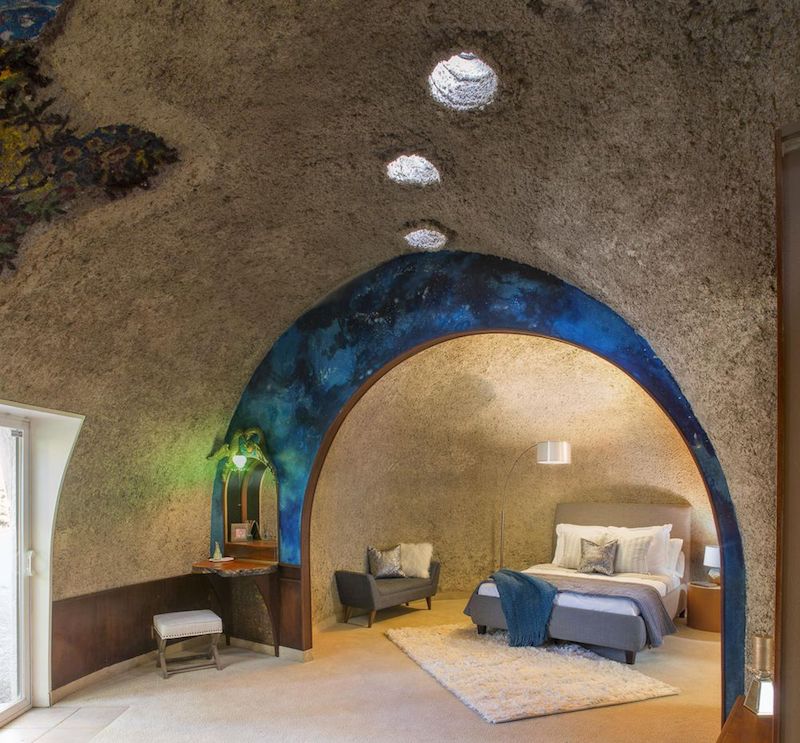 What look like decorative skylights (though they’re actually former cannon ports) pierce through the shells of the domes in the bathroom and living room. The textured walls in these rooms were made from a mixture of shredded newspaper, fire-retardant chemicals, and adhesive. Reynders himself painted the murals, including the satyrs in the bathroom and the tree in the living room. The grounds also boast a pond, a spacious deck, a garden area, and a detached shop.

Interested? You’ll have to act fast, as a sale is currently pending!