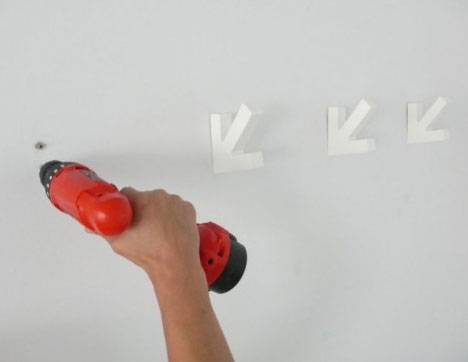 Communicating meaning or purpose in the most direct way possible is at the core of many a good design – objects this obvious are surprisingly (and unfortunately) elusive, showing how hard it can be to keep things simple. 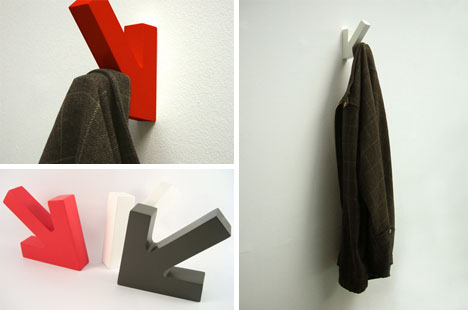 The ‘Here Hook’ from Robert Shed Studio speak for themselves, using a few angles to form a familiar shape directing guests to drape their coats, scarves and hats along the wall on the way in. 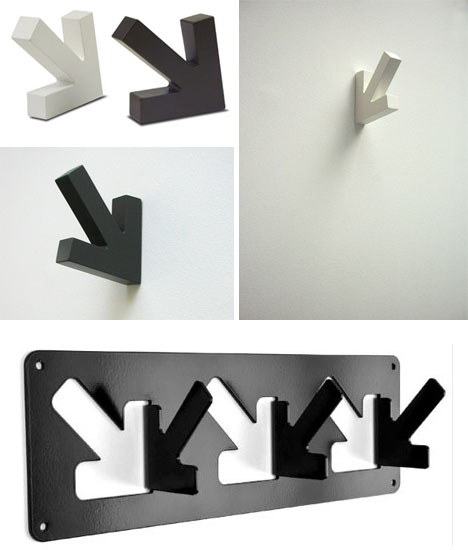 One part of the arrow provides a mounting surface and structural stability while the other two prongs are both hangable points shooting off at two angels, but taken together they form a universal symbol that spans between languages and cultures. Simply put: clever. Another variant on the theme by Nick Leigh is shown above – even easier to install, though a bit more visually complex.