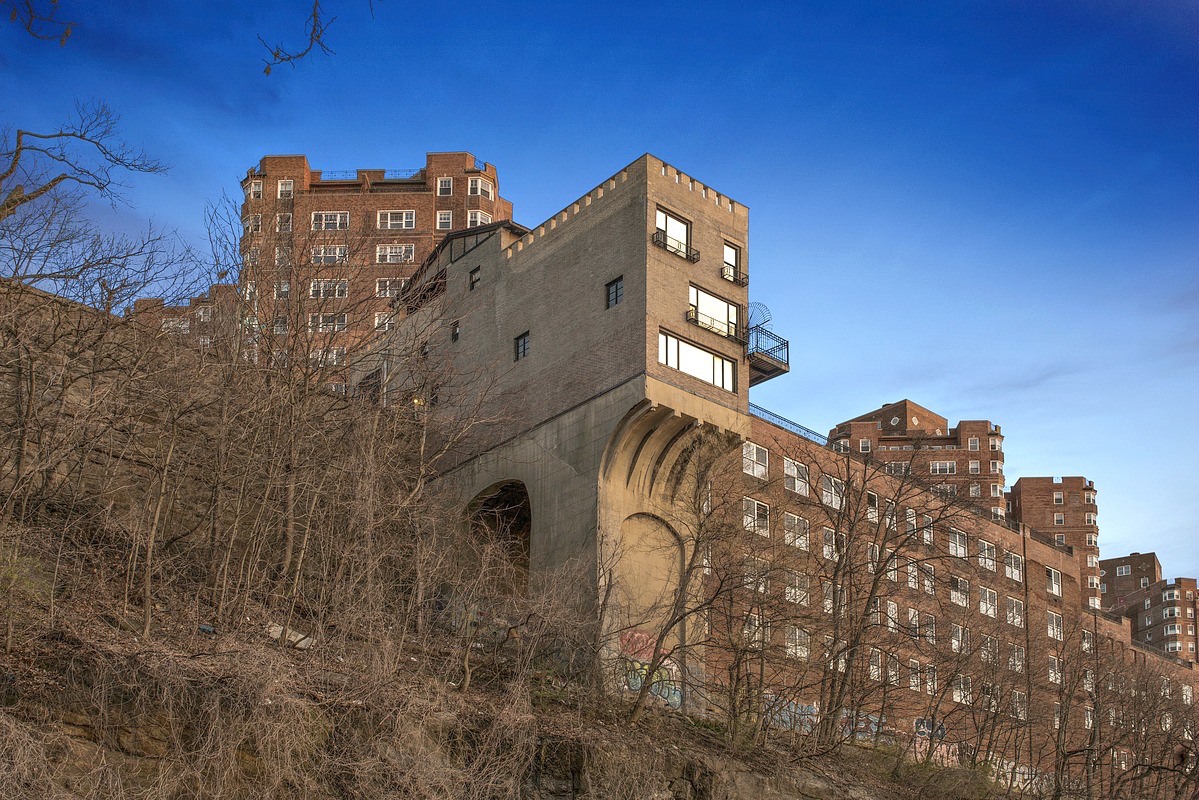 Anything but your ordinary house listing, this multi-million-dollar mansion may be one of the most unique properties in New York City. The so-called Pumpkin House features a face-like facade (hence the name), but also looks like it is being squeezed out over a cliff by its tightly-packed neighbors. 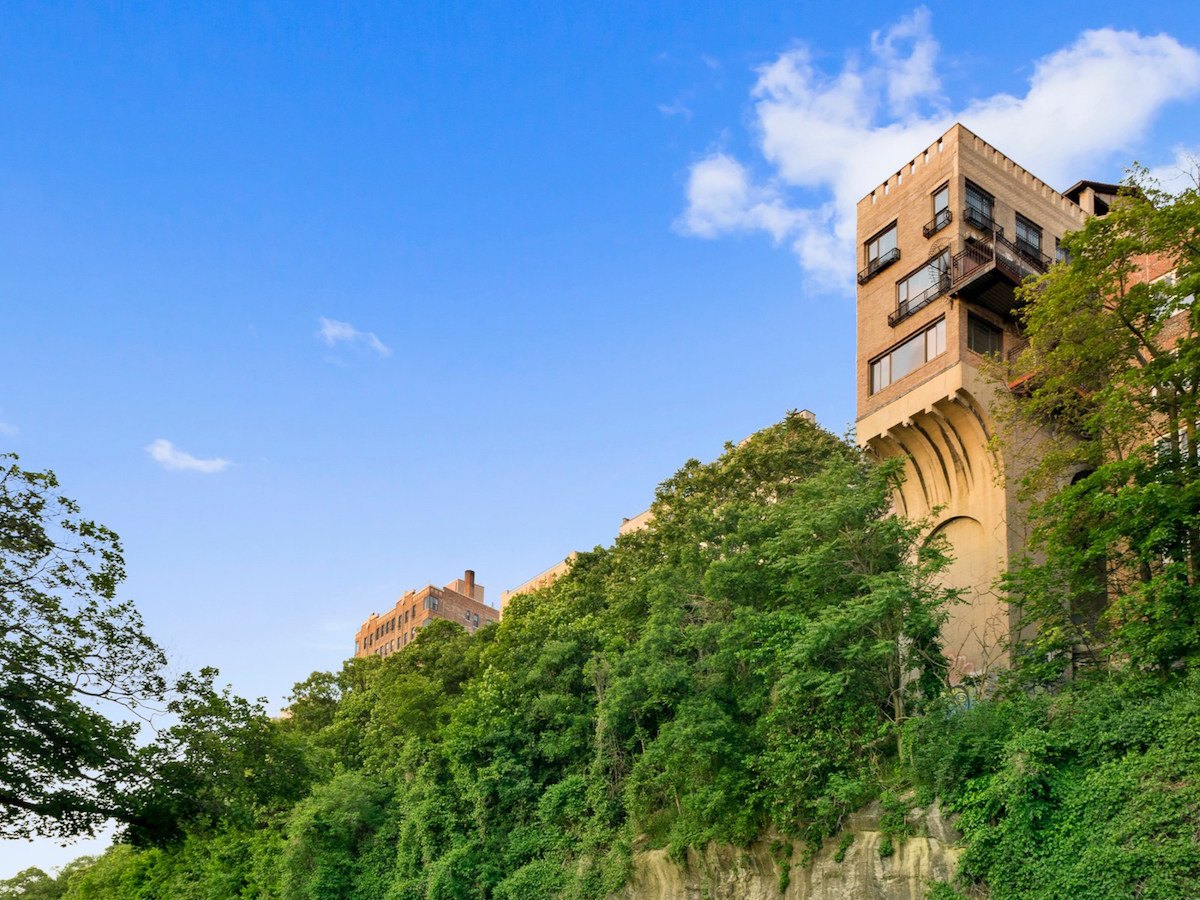 Being perched atop a hill and pressed out beyond adjacent buildings, this odd cliff house has some of the most impressive terraces and views one could wish for in Washington Heights – windows in three directions rather than just looking out over the water. 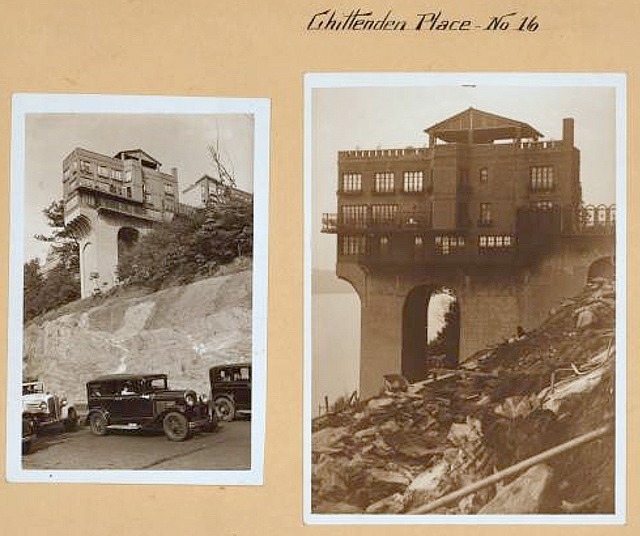 Originally, the structure was free-standing and towered above its surroundings – now, if it weren’t for the overhang, one would hardly notice it against the building heights in the area.

What may be more amazing than the 3000-square-foot property itself is the fact that the mansion used to just be the guest house for a larger estate – hard to imagine such a remarkable residence being a secondary consideration, but surely great for the guests. 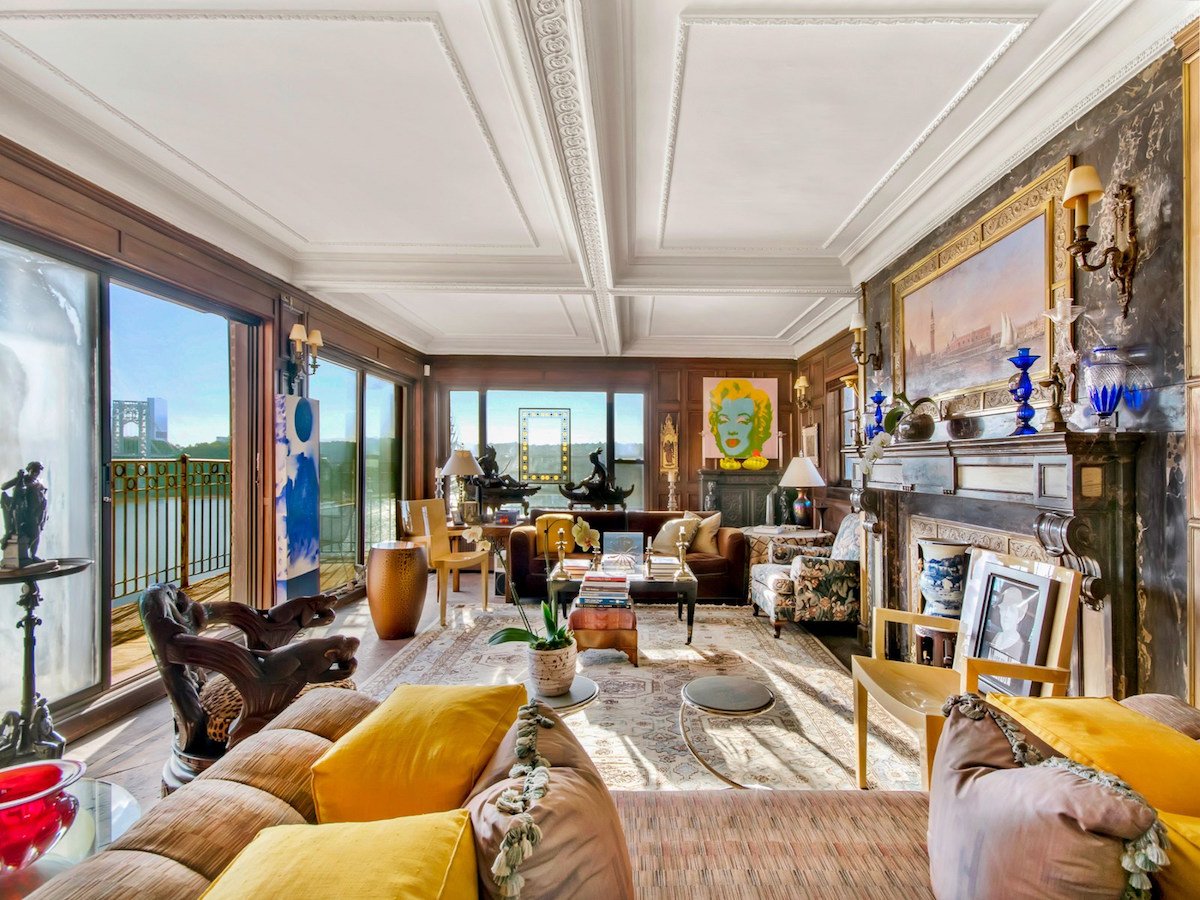 For all its broad exterior flare, the interior is nice, elegant but ultimately somewhat disappointing. Mahogany and marble are wonderful, to be sure, and the fine wood accents are nice, but somehow they fail to live up to the precedent set but the house as a whole. Still, for someone who can afford the four-million-dollar price tag, perhaps a bit of redecorating would be a relatively inexpensive addition to the budget.

Original details like a massive marble mantel in the living room, and floor-to-ceiling windows, add to the home’s dreamy quality.

“Built in 1925 for an engineer named Cleveland Walcutt, the three-story brick residence at 16 Chittenden Ave. stands 250 feet above the Henry Hudson Parkway and it is visible from the George Washington Bridge. It is currently set up as two-family home with a separate one-bedroom rental.”

“The 3,144-square-foot home opens with a parlor floor, a ‘sun-drenched’ dining room, a library and a renovated ‘French country’ kitchen. There’s also a long living room and a balcony that looks out over the Manhattan skyline, the George Washington Bridge, the Palisades and the new Mario Cuomo Bridge. The sleeping quarters upstairs features two master bedrooms and three additional bedrooms or studies and two full bathrooms.”