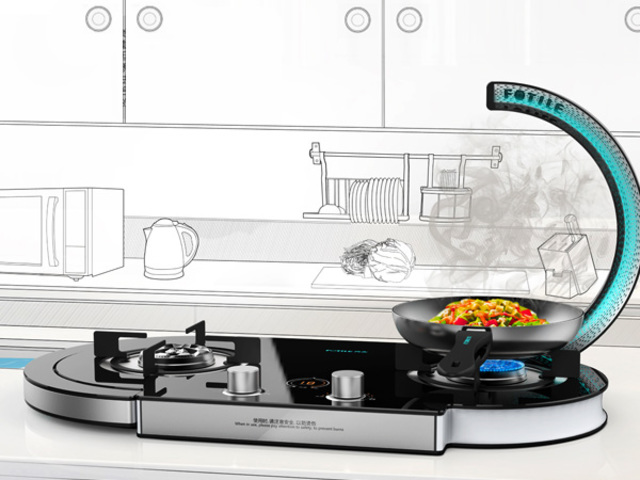 While more people are moving into cities and getting used to tiny apartments, designers are coming up with more creative solutions to the space problems we all face. But of particular concern in a tiny house is the kitchen – the oven and stovetop take up valuable real estate, particularly for people who don’t cook very often. 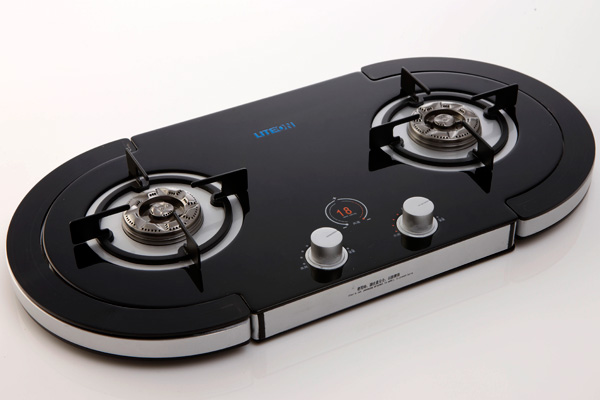 Designers Wen-Liang Huang, Biao Guo, Jing-Wen Huang, Lan-Lan Lin, and Li-Hua Tan came up with a solution for the future: a portable stovetop with built-in exhaust chimneys. The kitchen would let people without stovetops cook no matter where they move. 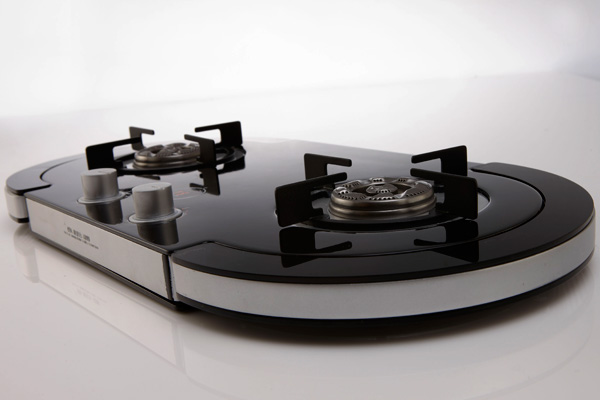 The small, self-contained kitchen has two flip-up chimneys, one on each side. These little chimneys are fans that pull the steam away from whatever’s cooking and blow it out through the back of the stovetop. 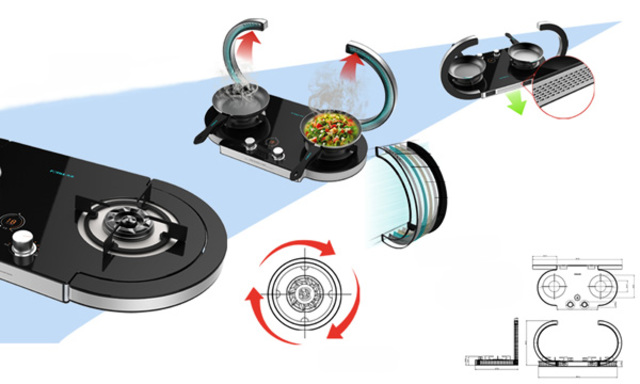 Although there doesn’t seem to be much information out there about how the cooktop works, the concept is a useful one for tiny apartments. It could be particularly useful in areas where rentals don’t typically come with appliances included, since a tiny portable kitchen would, in theory, be far less expensive than outfitting a kitchen with an oven and stove.

Considering the fact that many houses (especially rentals) don’t have exhaust fans in the kitchen at all, a device like this could actually have much broader appeal than its marketing suggests. Renters can’t exactly install fans on their own, in most cases, which can result in smoky, smelly interiors with inadequate air flow and poor air quality.

So, it would seem that a portable option for a kitchen exhaust – even if it is just a system of fans – would be an interesting product to market, and maybe the most valuable aspect of this conceptual portable kitchen. Would you consider using something like this in your own home, if space is at a premium or you’re lacking proper ventilation?