There’s something vaguely villainous about most modern cliffside home concepts. Almost always made of concrete and glass, these proposals are often precariously perched on rocky precipices with no other structures in sight, making them seem like they must be set on private islands or hidden properties. Their proportions often defy the laws of physics, and their hard, cold materials suggest a sense of discomfort despite the amazing views. 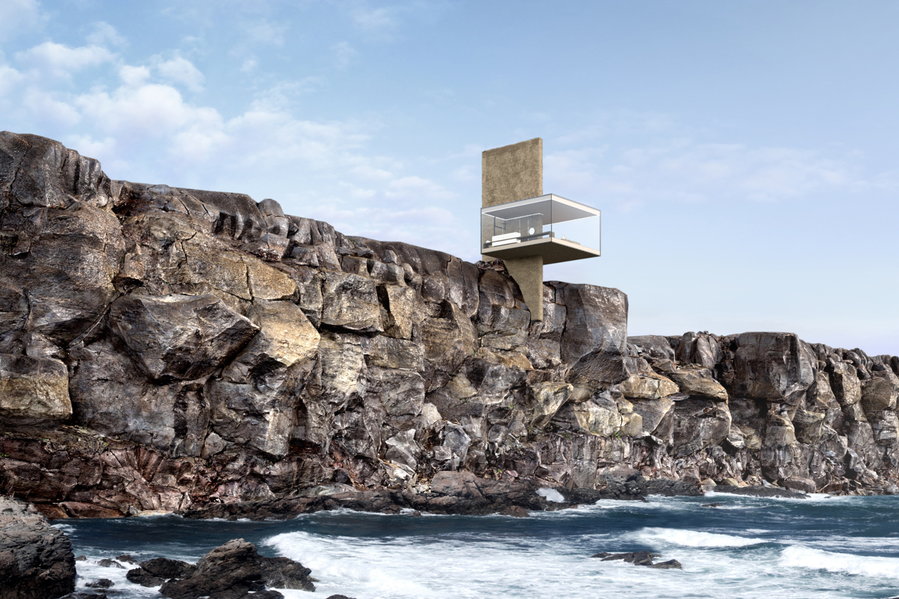 We’ve seen this before with “Casa Brutale” by OPA, which is actually set to be constructed in Lebanon, and “Mirage House,” an infinity-pool-topped concept home by Koi’s Associated Architects. Now, “The Air Cabin” by Yakusha Design envisions a 270-degree glass structure set on a dramatic vertical pillar.

Designed with a surfer resident in mind, this cliffside home features a recycled concrete foundation that blends into the rocks. It almost looks like the pillar was simply hammered into place, granting the open-concept 48-square-meter home a highly unusual perspective of the Atlantic Ocean. 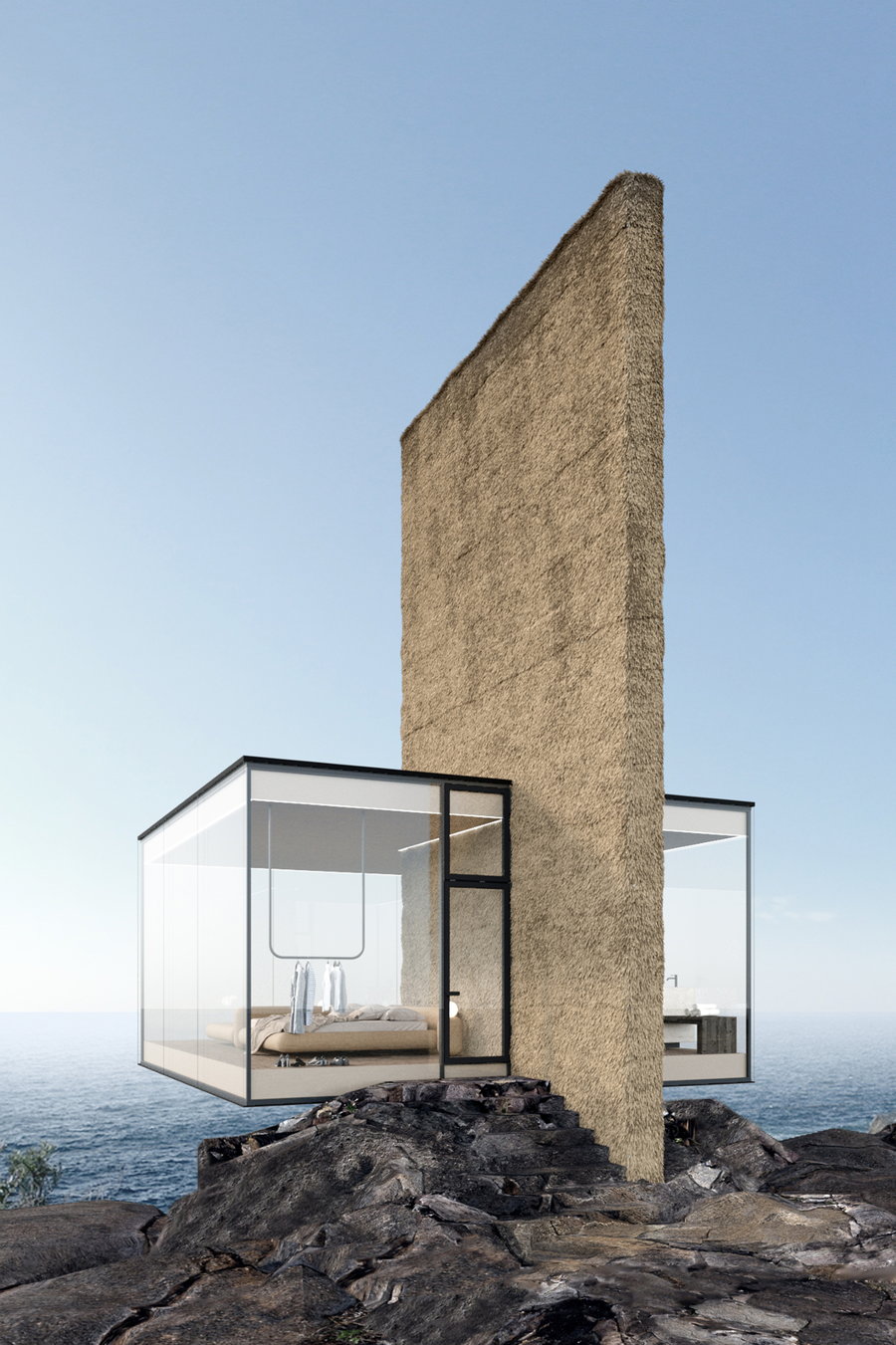 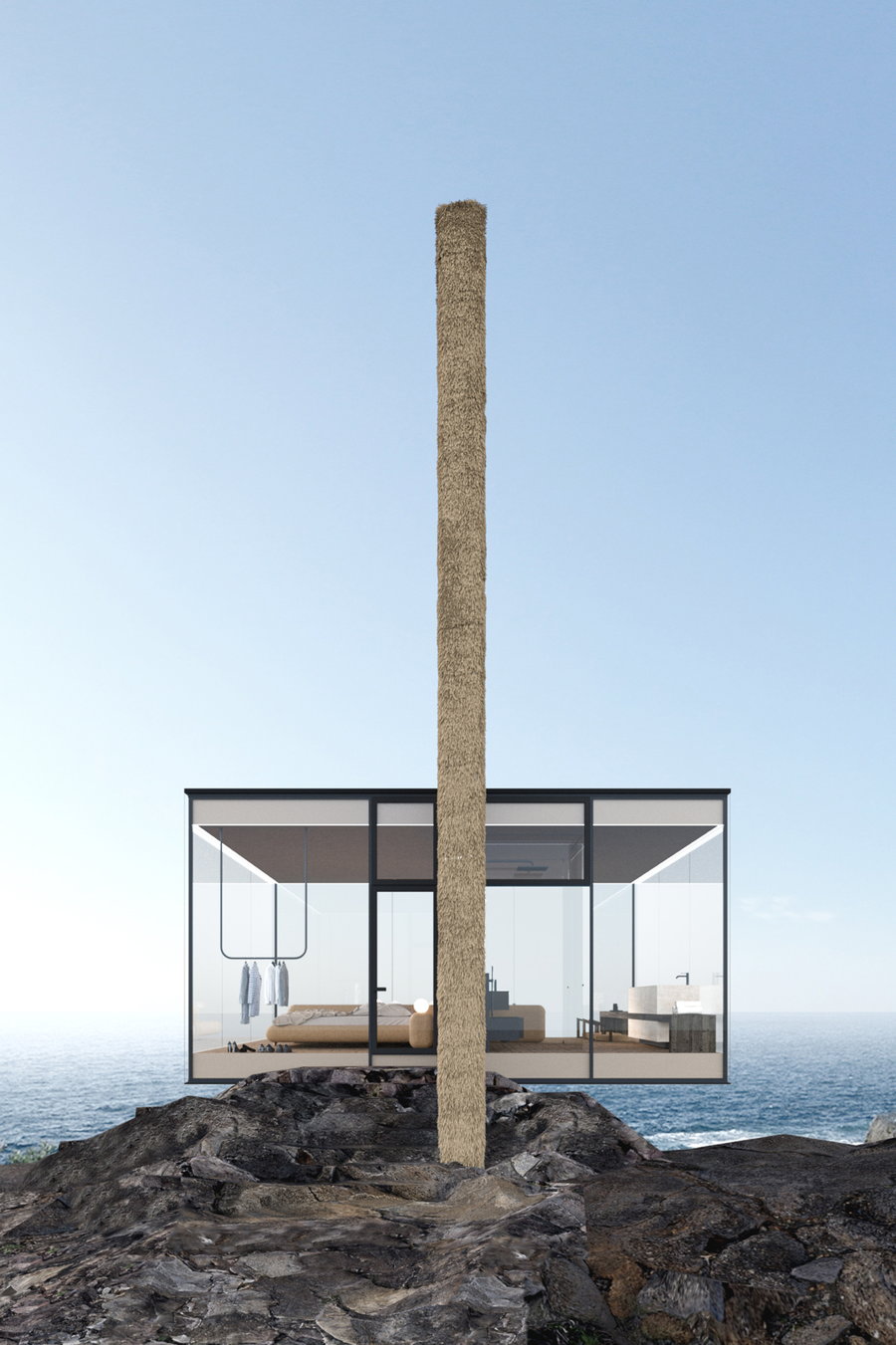 The designers took inspiration from lighthouses for the way the home juts out of the cliff like a beacon. In addition to being structural, the pillar also contains the home’s utilities. Integrated blinds offer privacy when desired, and all of the furniture is low to the ground to enhance the feeling of airiness. The home truly feels like it’s hovering in the air — a quality Yakusha intended as a tribute to surfers’ ability to ride waves before they crash onto the shore. 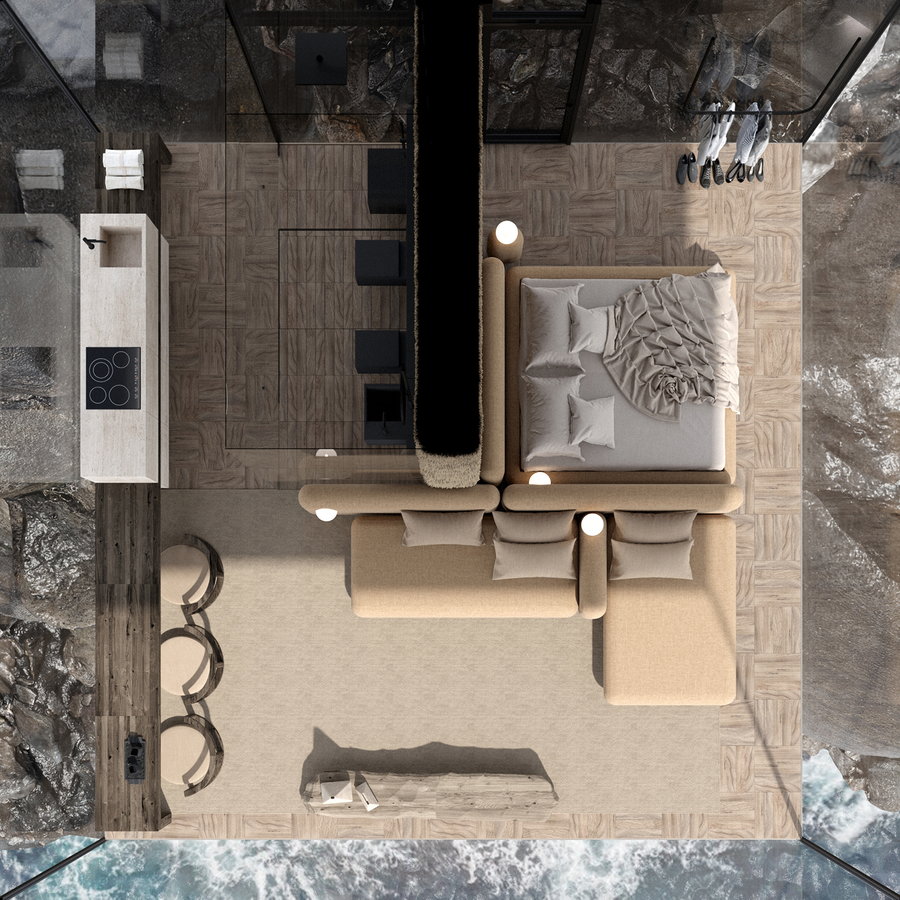 Unlike Casa Brutale, “The Air Cabin” has a relatively light footprint on its building site. There’s less heavy excavation required, and the residence is small enough that it really could be supported as rendered.

The design team explains that “the idea behind this project [is] to create a feeling of instability and futility of such an architecture. From the equilibrium point of view, the volume is mounted on a vertical wall, which at the same time, not only stands on a rock but also stands in front of it. The central element takes up little internal space, at the same time includ[ing] most engineering communications, and maximizes the view outside the window.” 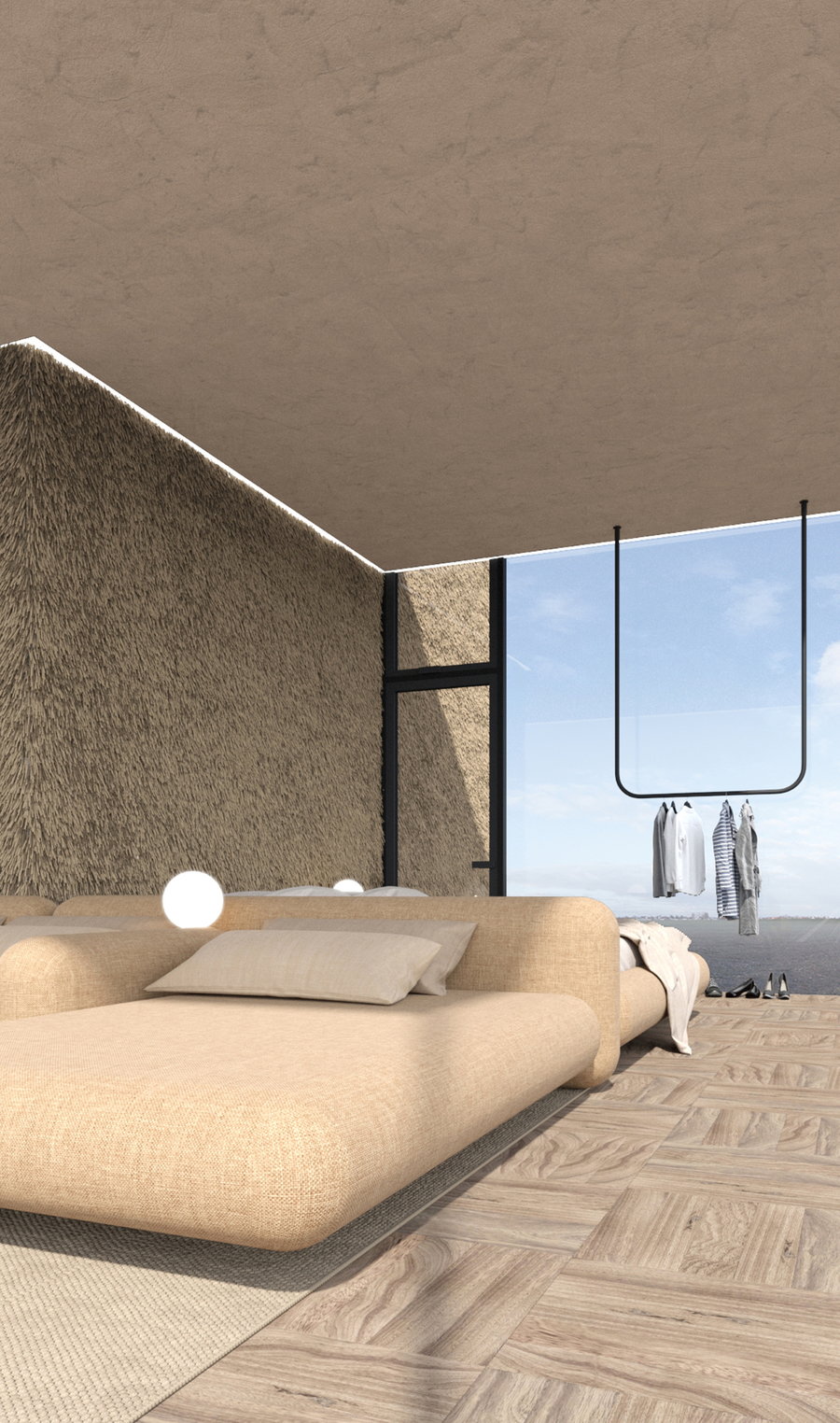 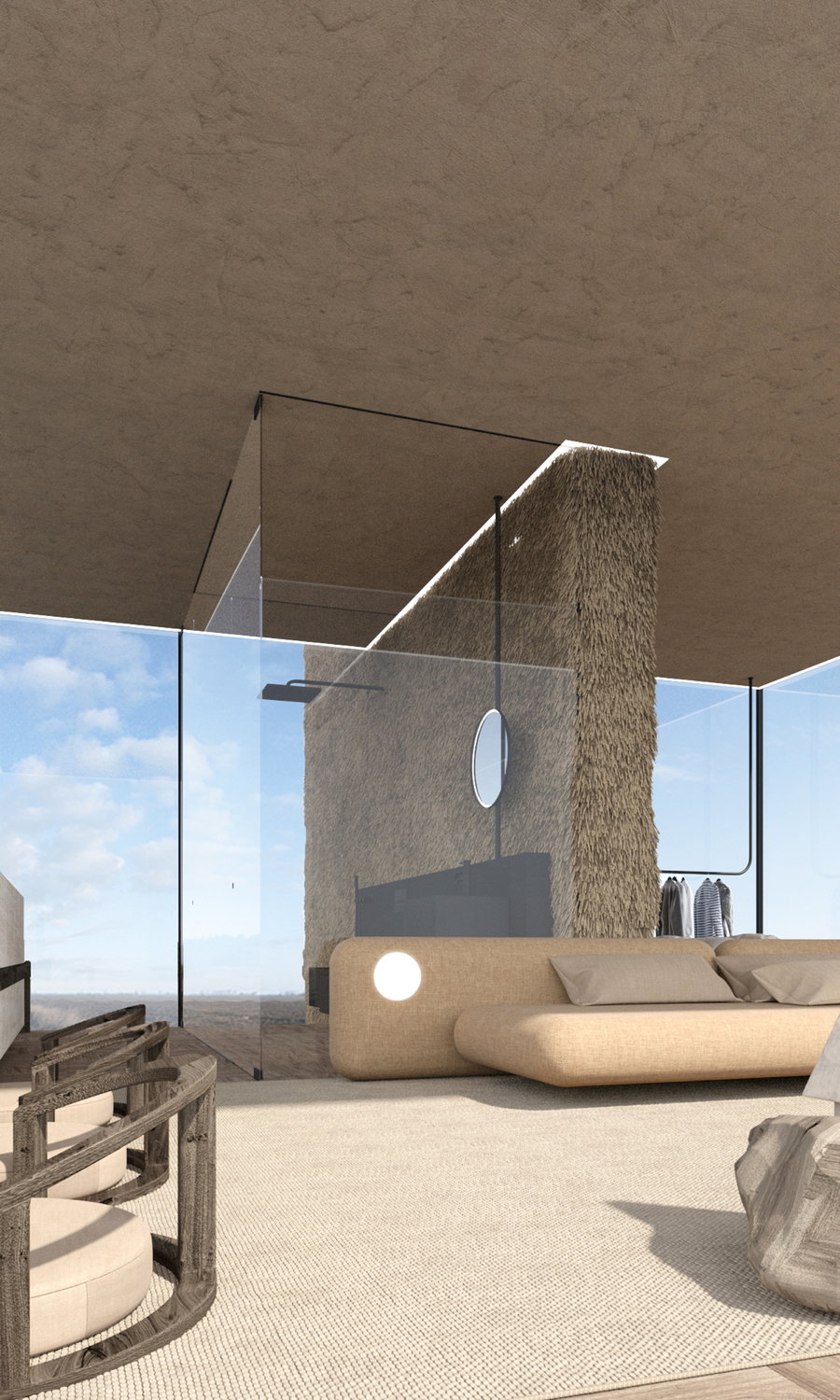 “The interior layout is free so that nothing interferes with the view. Functional zones flow one into another but do not contradict. Stylistically, there is a combination of modern geometric styles: straight lines, rounded forms of sofas, round lamps, ethnic: straw, roughly processed logs, decor, a bit of Asian: low dining chairs, a mat. Bathroom privacy [has also] been preserved — we used a special glass with transparency adjustment.” 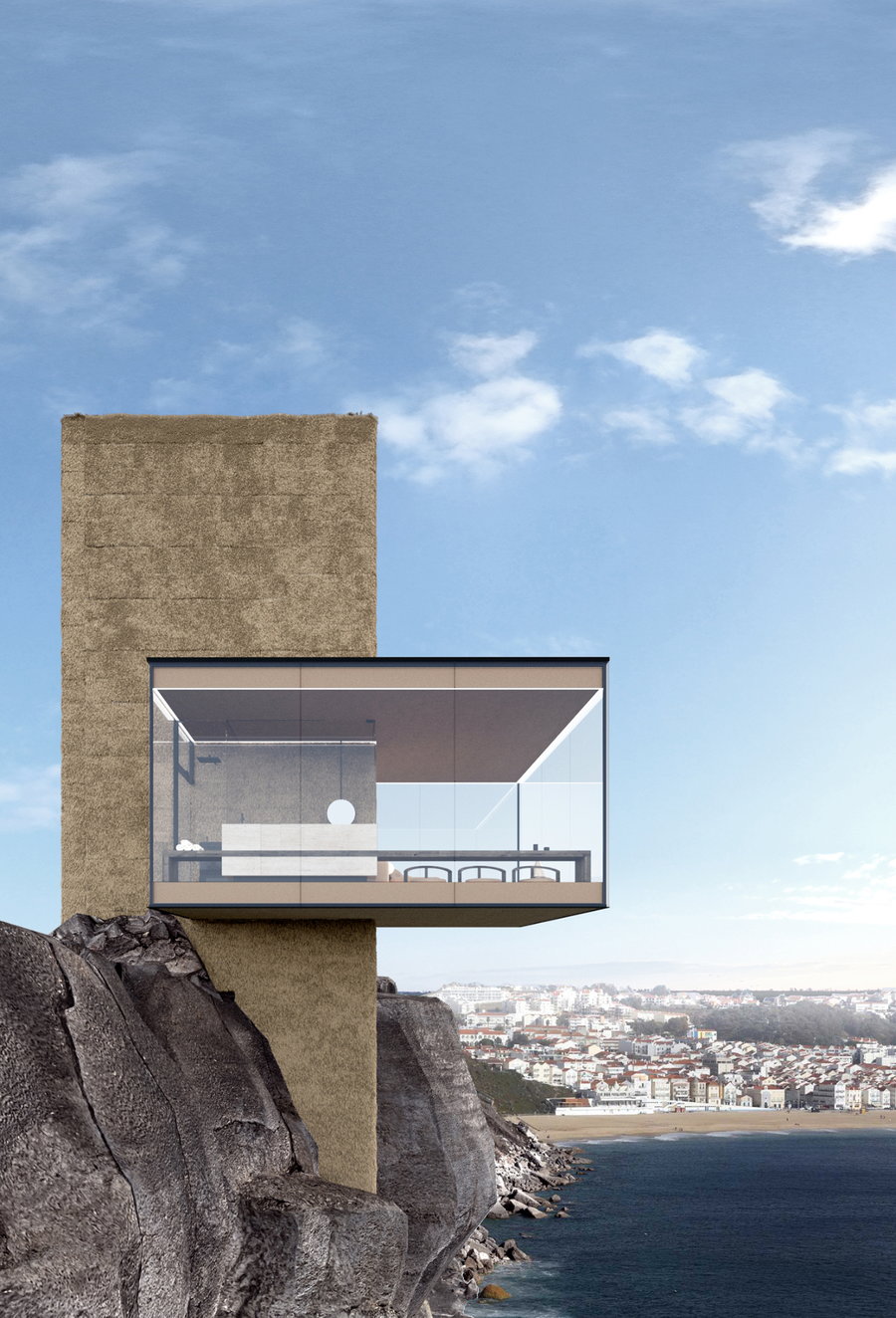 It may seem like houses like these never actually get built, but that’s not true. They just tend to end up looking a tad less dramatic in real life. In another example, OOAK Architects built a stunning cantilevered concrete home overlooking Afiarti Beach on the Greek Island of Karpathos, and while it doesn’t exactly blend into the landscape, it doesn’t look like a UFO landed on the cliff, either. Still, designs like these can be controversial for the way they overtake an otherwise natural setting, emphasizing an ostentatious sense of human dominance. Do you love them or hate them?