The winner of the inaugural Natural Robotics Contest not only swims through the water like a real fish — it also helps combat pollution in the process. Created by University of Surrey chemistry student Eleanor Mackintosh, “Gillbert” is a 3D printed robot fish that sucks up microplastics through its gaping mouth, which can then act as a sample to determine the health of the waterway. The independently controlled fish features a glow-in-the-dark body and fine mesh covering its gills to sieve out particles up to two millimeters wide. 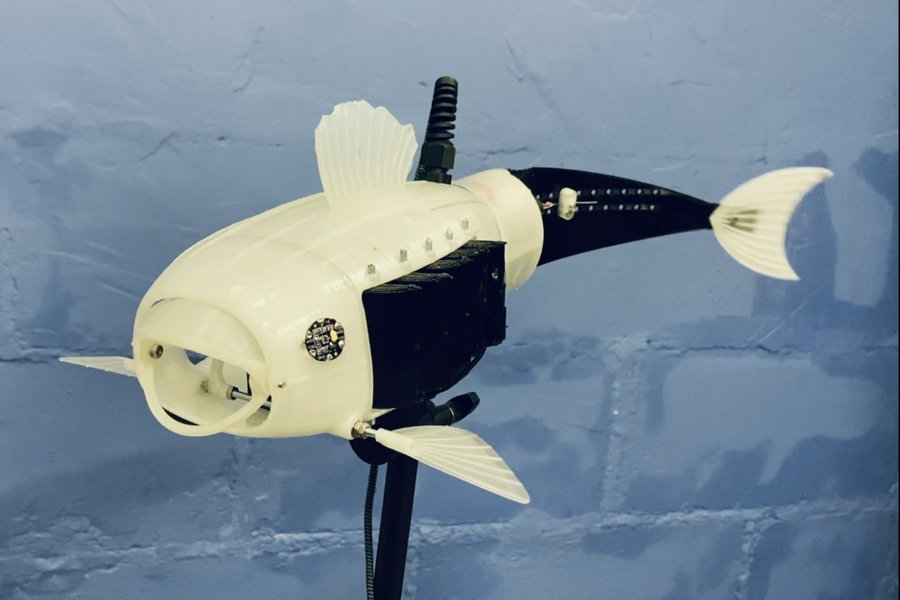 “It’s well known that we have a problem with plastics in the environment,” says Mackintosh. “We face the challenges of figuring out ways to reduce and prevent it as well as clean up the water that’s already out there.” 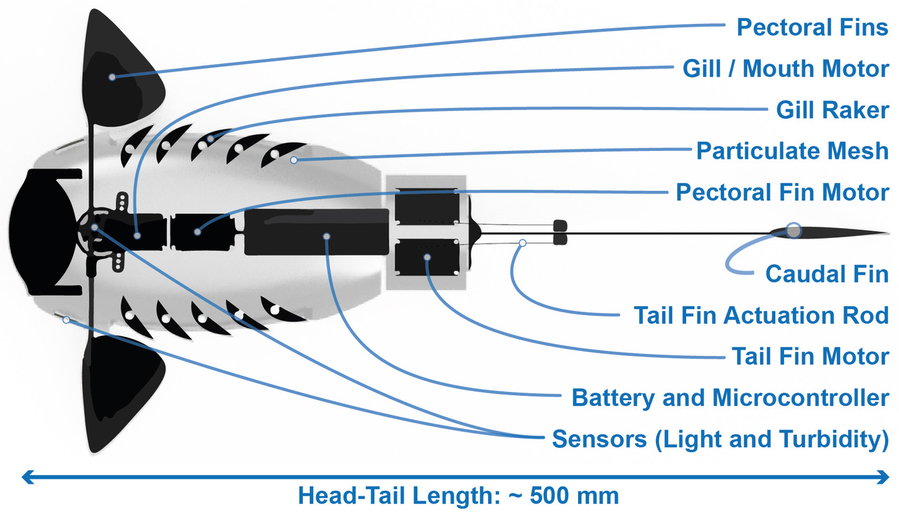 Held by the University of Surrey, the brand new public competition solicited entries from anyone who had an idea for a bio-inspired robot. Mackintosh’s proposal was a simple drawing showing how the robot fish could swim through the water, its internal cavity opening and then compressing to force water over the gills in order to collect plastic particles. The winning entry was selected and built by a group of senior engineers and scientists with years of experience bringing robotic concepts to life. 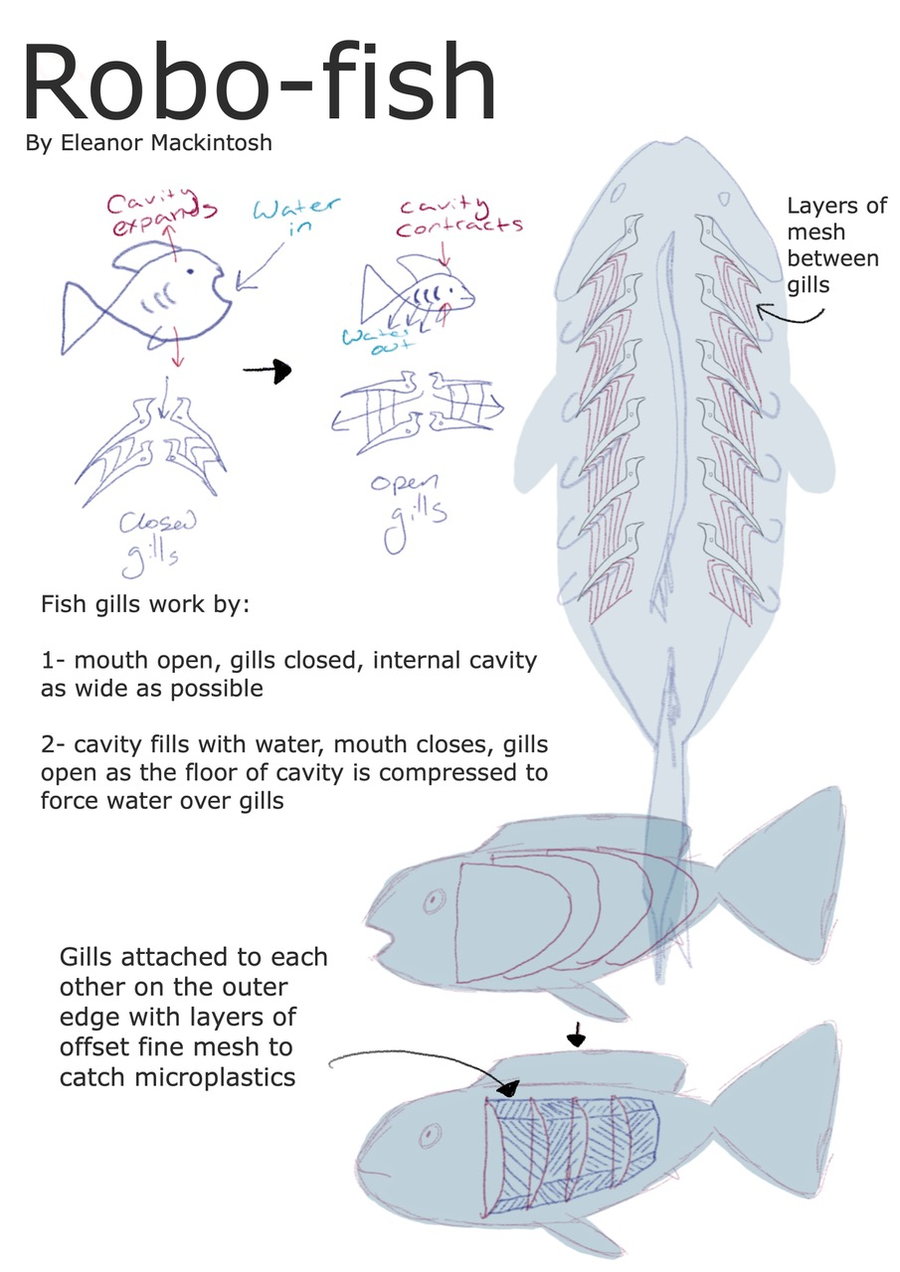 “We don’t know where the vast majority of the plastic that enters our waters ends up,” says Dr. Robert Siddall, lecturer at the University of Surrey and initiator of the competition. “We hope that this robo-fish and its future offspring will be the first steps in the right direction to help us find and eventually control this plastic pollution problem.” 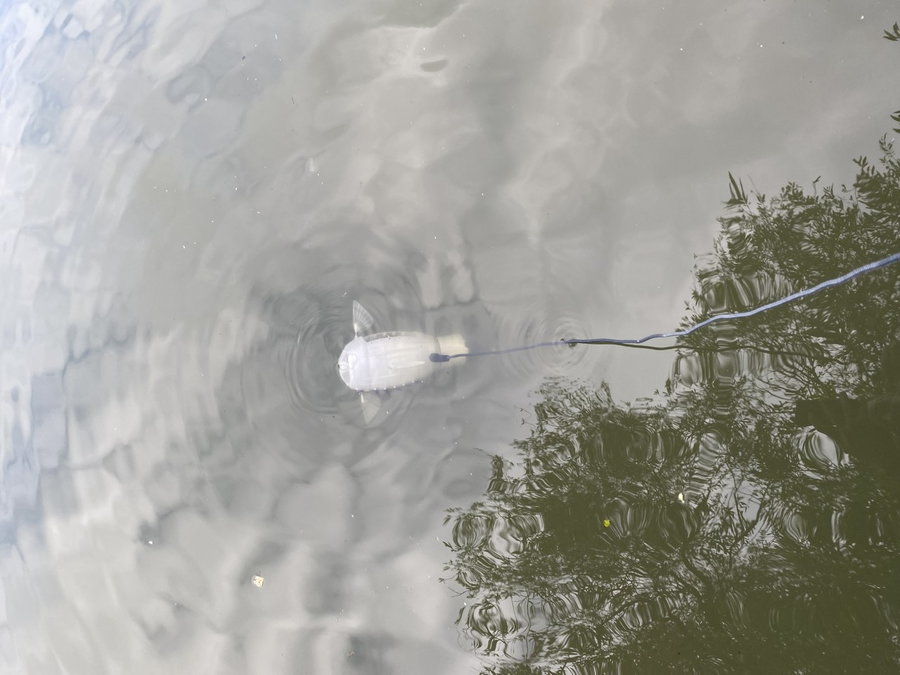 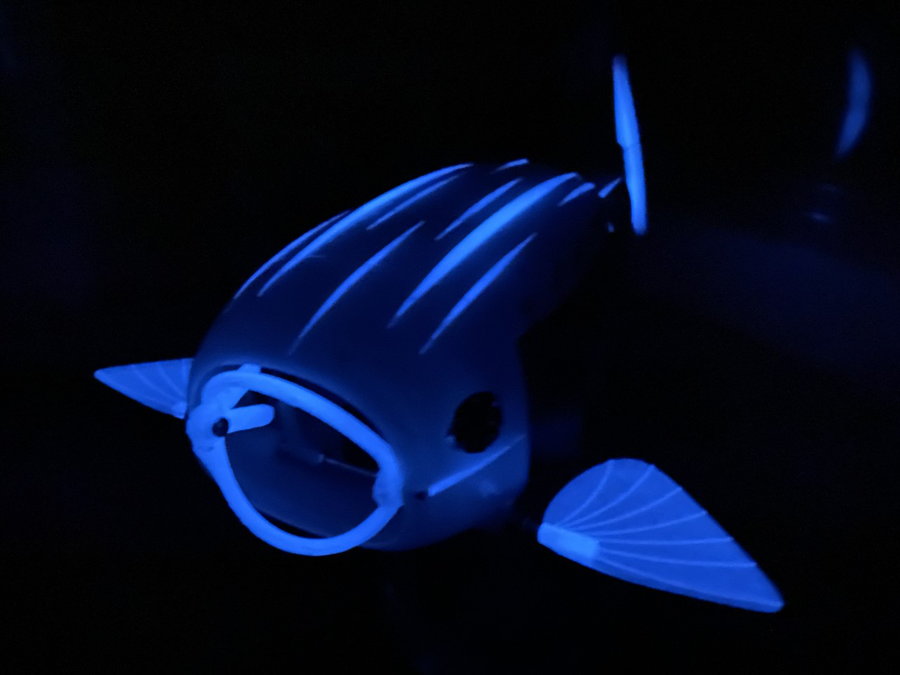 The roboticists assisting with the competition turned Mackintosh’s proposal into a remote-controlled robot about the size of a salmon. It swims by flapping its tail while keeping its mouth wide open to collect water (and microplastics) in its internal cavity. Once the cavity is full, the robot closes its mouth and opens its lamellar gill valves, pushing the water out of the valves and lifting the bottom of the cavity. Its features include pectoral fins, a gill and mouth motor, a gill raker, particulate mesh, a separate motor for the fins, a tail fin actuation rod, a tail fin motor, battery and microcontroller, and sensors that detect light levels and turbidity (clarity) of the water. 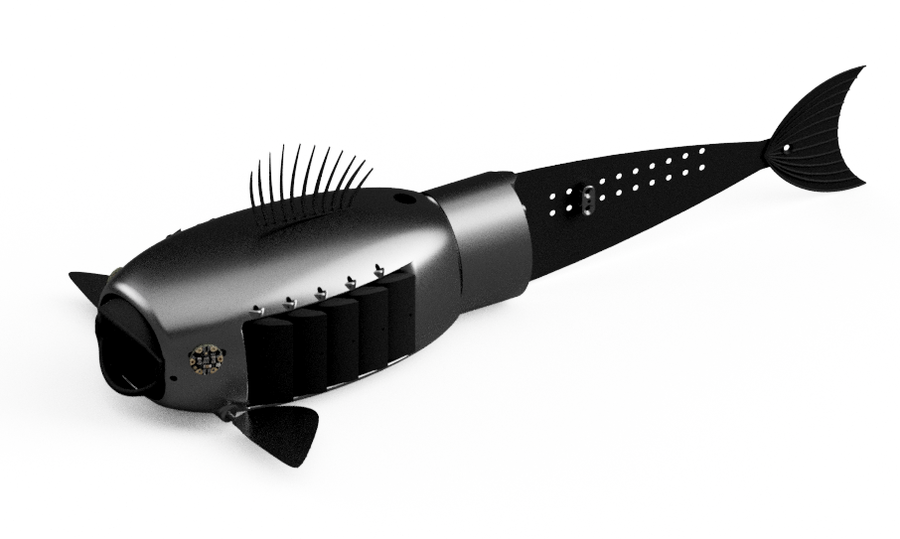 You can now make your very own Gillbert Robo-Fish, as the plans for the current iteration of the design are available as free, open-source CAD files on GrabCad.com. Future revisions will make the fish autonomous instead of remote-controlled so they can be deployed in groups. The public is encouraged to make their own changes and improvements as they experiment with the design.

“We chose Eleanor’s both because we really liked the idea and the way it used bioinspiration, but also because cleaning up ocean plastic was the most common purpose among all the entries we received, so we thought our winner should reflect that,” Siddall told FOX Weather.