Activist and artist Benjamin Von Wong is bringing awareness to the Earth’s plastic waste problem with a giant faucet spewing plastic from the sky. 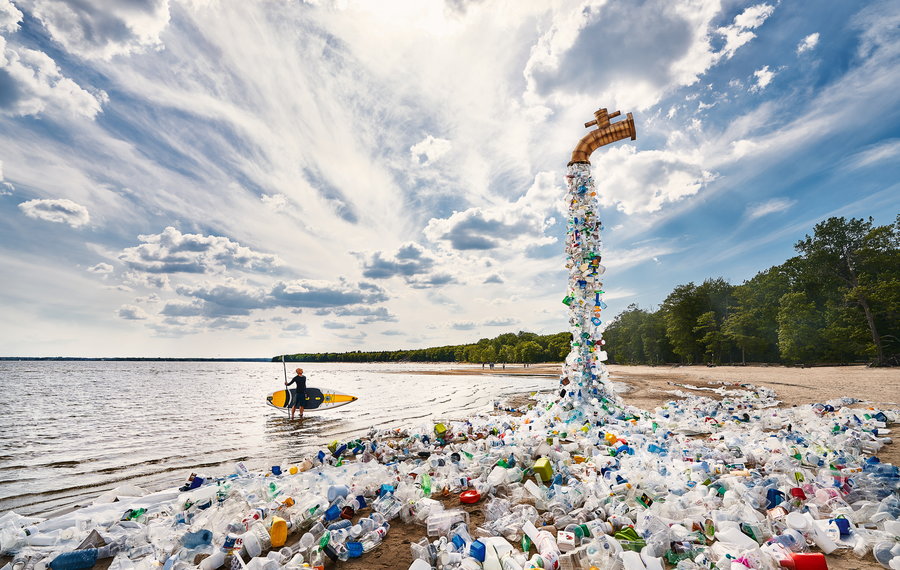 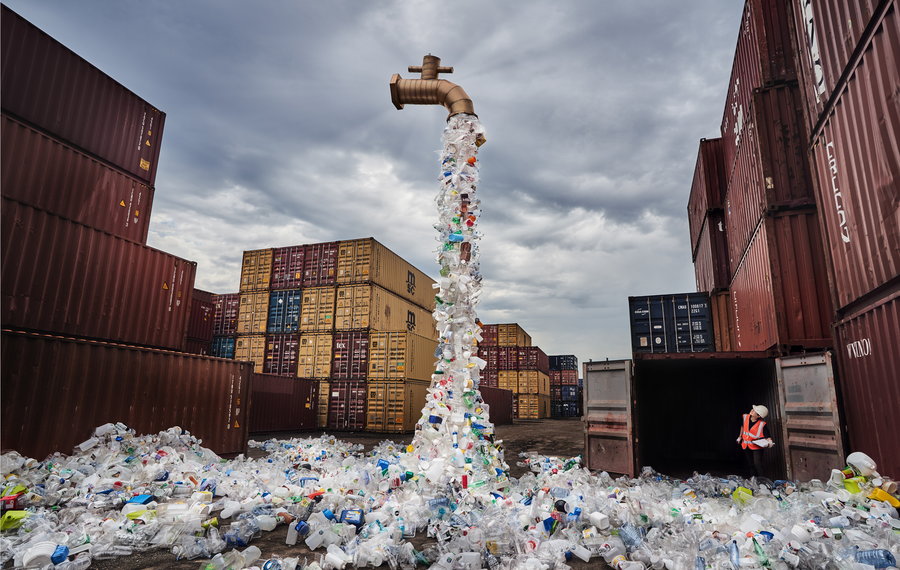 The Toronto native has designed multiple campaigns to “make the boring problem of plastic pollution more interesting,” including art projects that called attention to straws, cups, and bottles. 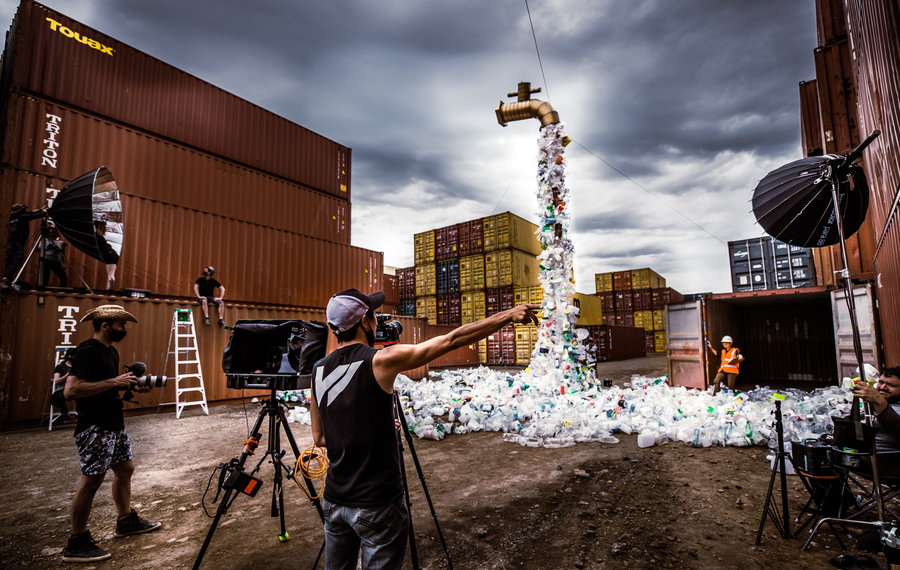 “I knew that I needed to level up my projects, but I just needed to find the right partner willing to take a chance on a brand-new big idea first. Lucky for me, the Embassy of Canada in France accepted my proposal to build an art installation to raise awareness for plastics,” said Von Wong on his blog. “This was my chance to create more than a piece of art. It was my chance to create a symbol inviting the world to #TurnOffThePlasticTap.”

To construct his giant garbage spigot, the artist scavenged ventilation ducts from a building about to be demolished. After amassing hundreds of pounds of galvanized steels ducts of various sizes, Von Wong and his team of staff and volunteers cut, painted, and adapted them into a faucet that could fit onto a standard manual forklift. The oversized tap could then be extended into the sky roughly 24 feet in almost any setting where a forklift could drive. 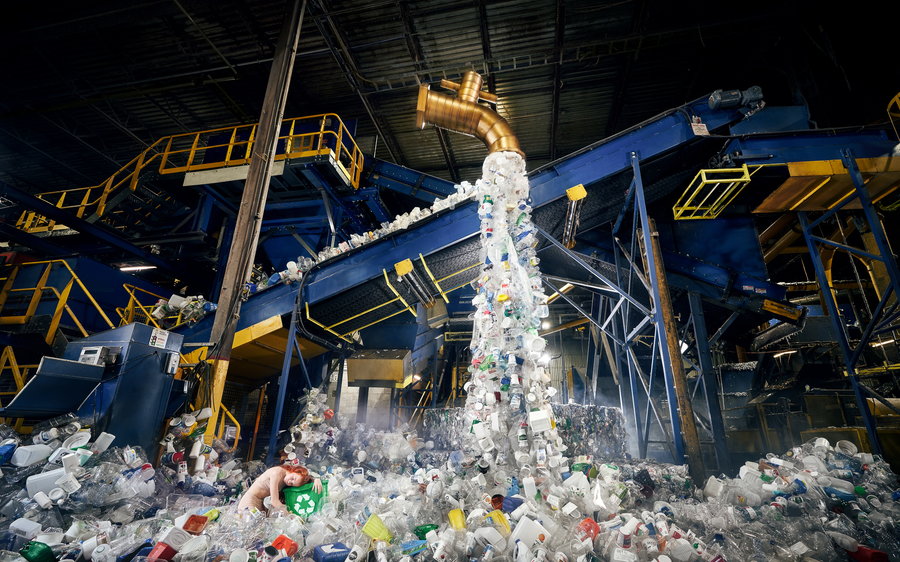 His crew then assembled over 100 used plastic bottles into multiple strands of rope and attached hundreds more discarded plastic containers in configurations that could be easily set up and torn down at each location. The innovative photographer selected five different sites to highlight the seriousness of the plastic crisis: a recycling facility in Montreal where the giant faucet produces more waste than can be processed each day, a container shipping yard, a landfill, a children’s playground, and Canada’s Oka Beach.

“With more than a truckload of plastic flowing into the ocean every 60 seconds, we need to take our heads out of the sand and start looking beyond beach cleanups,” the artist cautions. 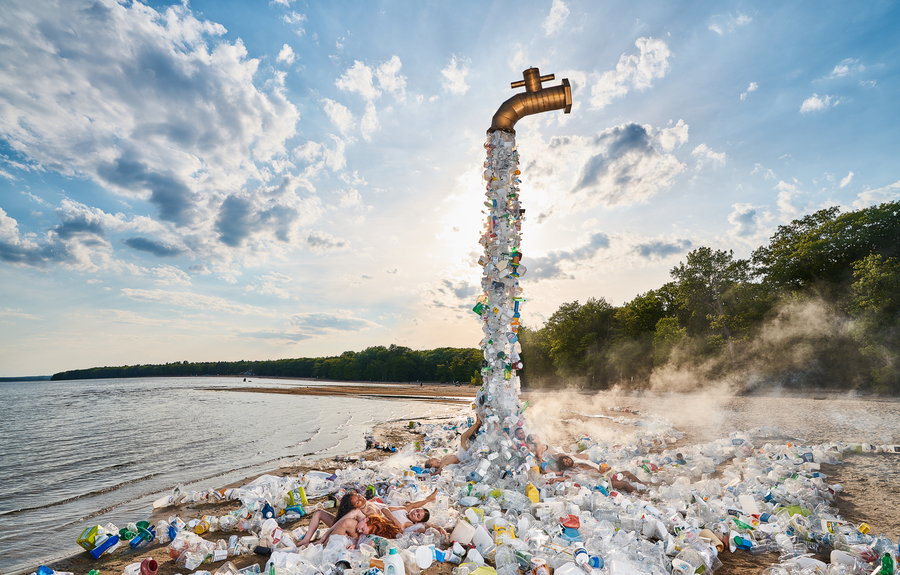 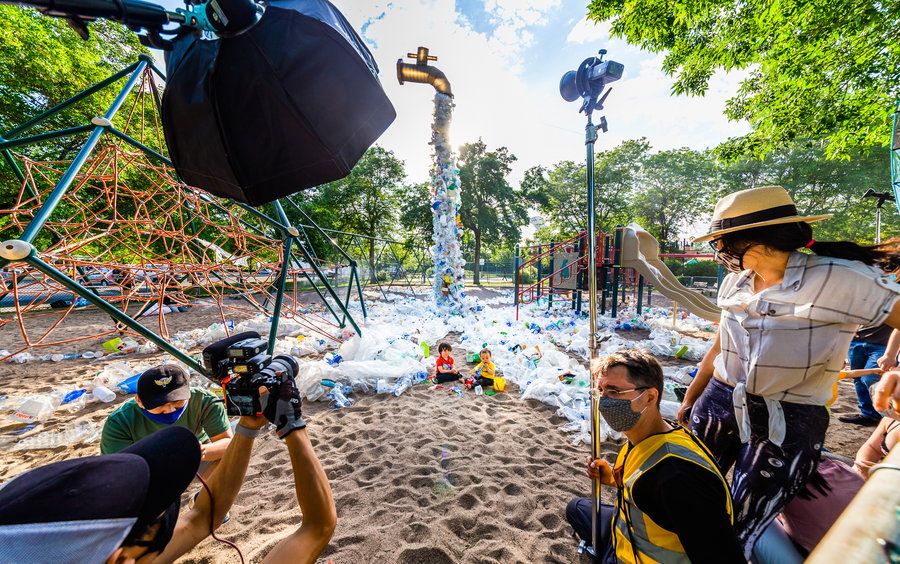 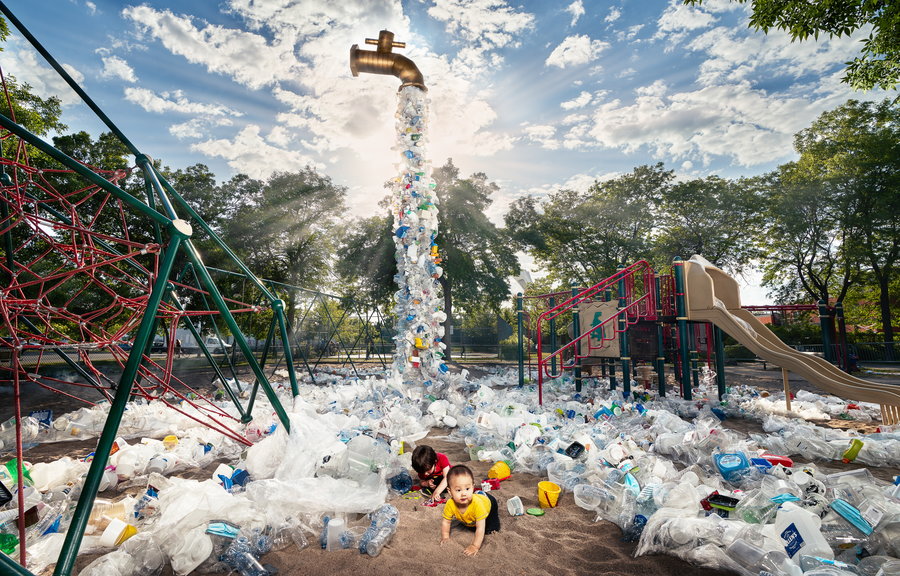 In some shots, Von Wong employed models in skin-colored fabrics to pose in the flow of litter, and in others he had his own tiny nephew Kody crawl around in the garbage to illustrate the absurdity of creating so much rubbish and leaving that legacy to the next generation of Earth’s residents.

Each of his photographs with the colossal faucet and its stream of refuse is stunningly and incongruently beautiful. The play of colors against radiant skies and sceneries is so out-of-place with the main action of the picture that it makes the viewer do a double take. Perhaps it’s a metaphor for how we are sometimes blind to the ugly consequences of single-use plastics that are so easy to consume and toss.

The ultimate point of the Turn Off the Plastic Tap project is to get global citizens to realize that we all play a part in the plastic crisis. “Millions of tons of unrecyclable and contaminated plastic waste are exported to poorer countries every year. These countries don’t have the facilities to manage the waste, and it often bleeds straight back into our environment,” Von Wong says, adding that “although it’s hard to do, the best thing we can do is reduce our plastic consumption.” 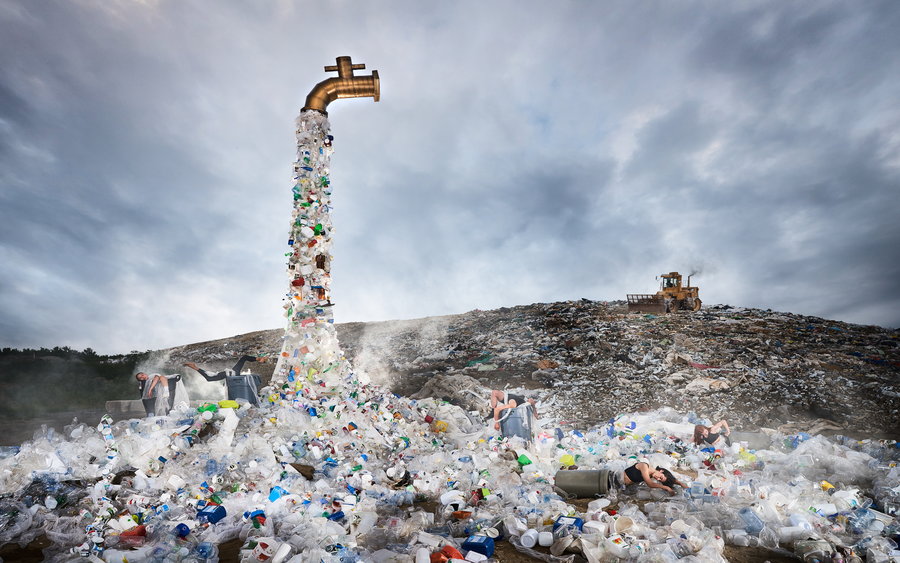 He is encouraging other artists and creatives to help spread the message by generating a remix of the giant plastic tap and sharing it on his site and social media. All those who participate before November 4th, 2021 will also be entered into a drawing for up to $10,000 worth of prizes.