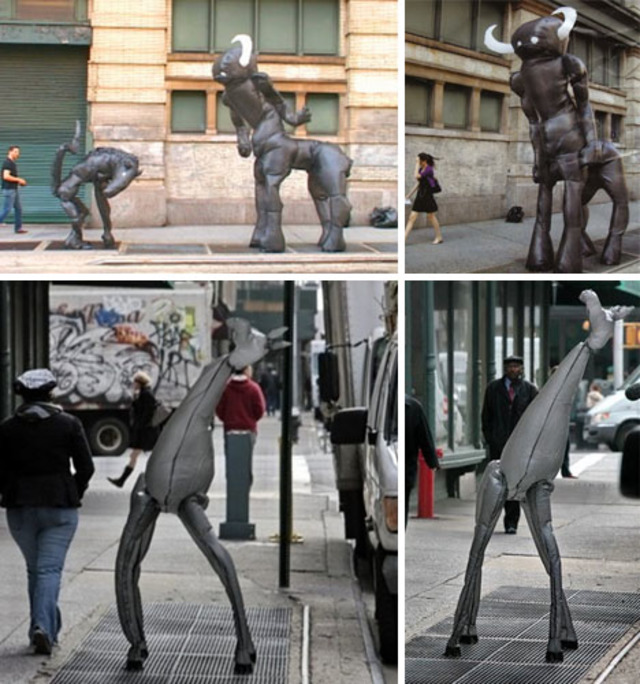 What better place than the streets of New York City to try and spook the seen-it-all pedestrians into experiencing a new form of street art? Joshua Allen Harris is an artist who has found a way to work with urban conditions, take advantage of cheap materials and exploit available situations to make ingenious head-turning works of art. His inflatable bag monsters are like a distinctly New York City-flavored take on balloon animals, except these ones dance, capturing the attention of surprised passersby to the delight of many. 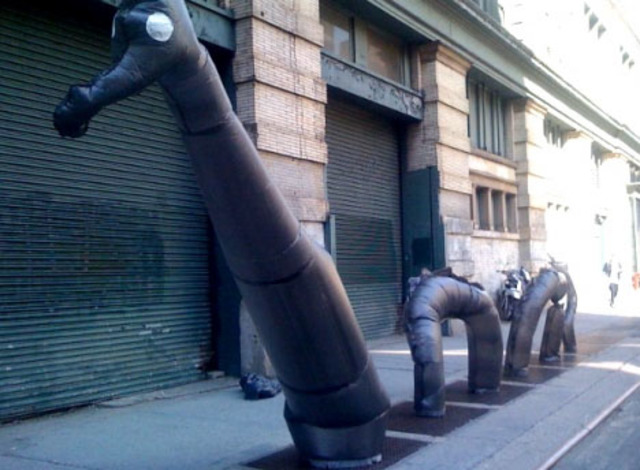 In some cases, he manipulates the surroundings of a work to play with site and illusion – like splicing a segmented dragon form so it appears to be diving in and out of the metal grates on which it sits, or facing off two monsters that – as air movement varies from place to place – seem to be gaining or losing ground. 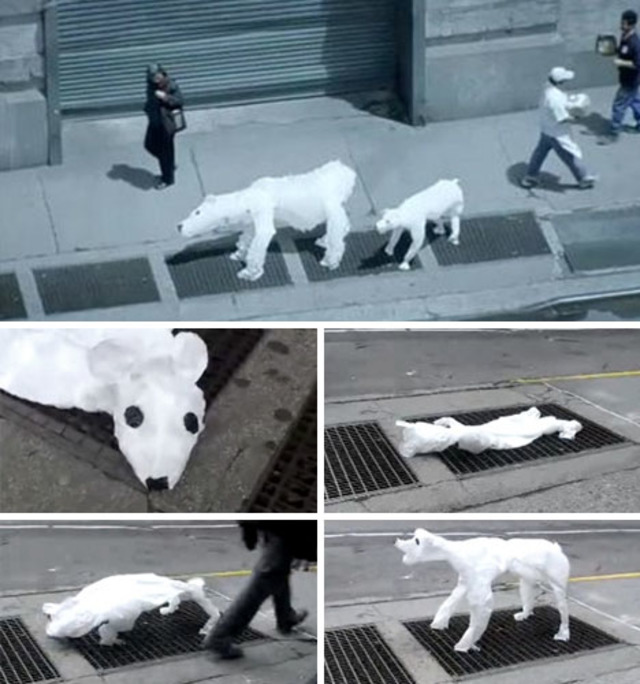 In other cases, he sets out simple trash bag animals by themselves or in parts that inflate and deflate at intervals, looking one moment like another piece of urban debris and the next like a real animal come to life. Whether or not his selection of the polar bear was an environmental statement, however, remains unknown.

The artist and photographer grew up in Pittsburgh and studied illustration and graphic design at the Art Institute of Pittsburgh before moving on to the School of Visual Arts in Manhattan. In an interview with Om Malik, he gives us a little background information on these unusual projects.

“In my senior year, I happened to create the Air Bear project. I was walking down the street, and a piece of trash flew up on a subway grate. I got interested in working with that wind. The subway train would exhaust wind up through the subway and onto the sidewalks through this grating system. I started to attach inflatable sculptures to them in the street. These gorilla sculptures became viral. It went all over the internet.”