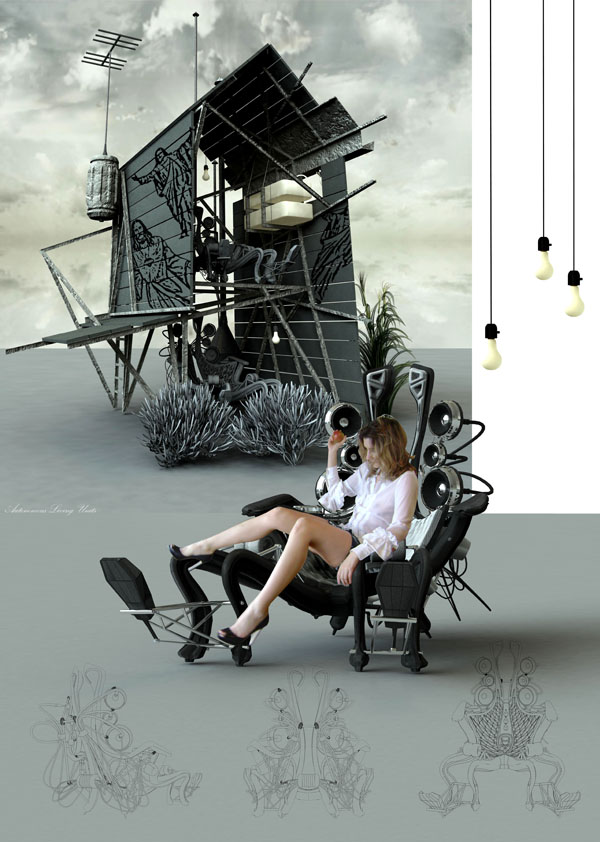 As architectural, interior and furniture design continue to overlap as disciplines, some designers are looking into the distant future and trying to figure out what the ultimate design object might be if this trend continues unabated. 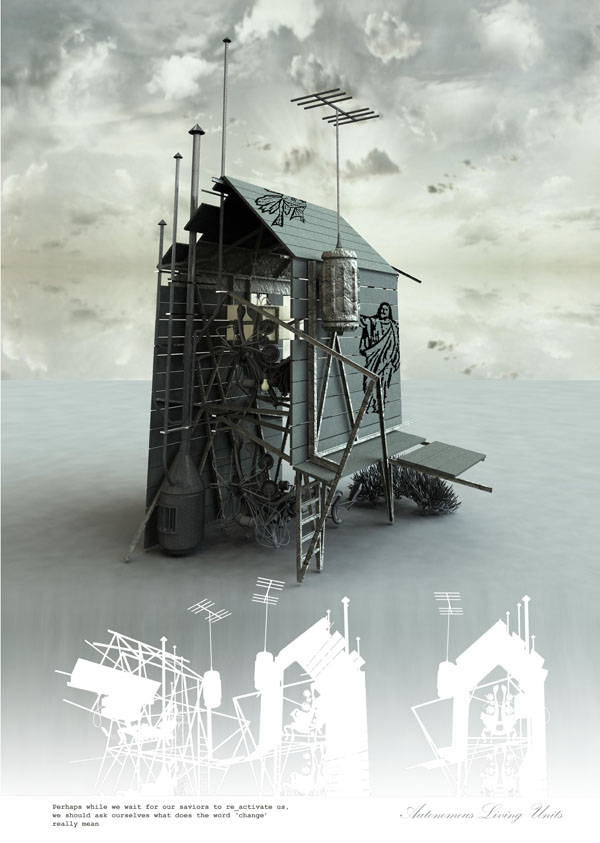 Eduardo McIntosh suggests that perhaps everything we need to survive could be integrated into a single all-in-one interior-turned-furniture design – a chair, put simply, that has everything we need and replaces the traditional role of actual architecture as the essential unit of habitation. 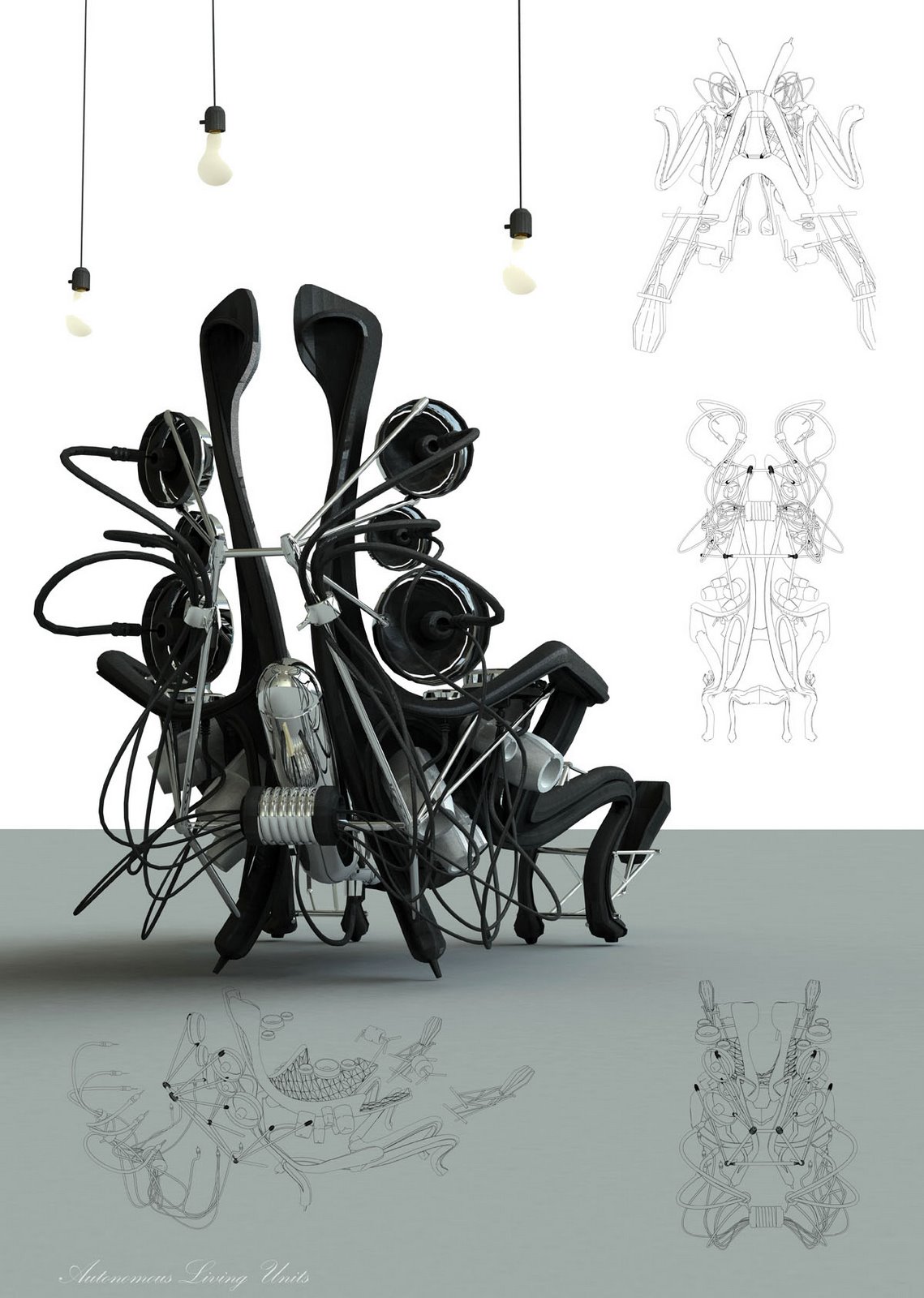 This chair would be inserted into abandoned places, turning any semi-habitable space into a fully livable habitat, providing for poor people and disaster survivors with a luxury living option. While certainly more polemical than practical it does raise questions about what really is or is not essential to our lifestyle and what we really need out of our built environment.

“Autonomous Living Units is a somewhat satirical project that stands at the intersection of the current housing crisis, the tendency of people in developed countries to live on their own and the trend of turning architecture into a consumer product. The project poses a scenario in which living units ( homes) have evolved into the most minimal yet visually alluring objects that can still provide for the basic needs of the 21st century human being. Because of the morphing of architecture into furniture, the Living Units could be inserted in derelict areas and ruined housing projects.”

“Eduardo McIntosh currently leads the design team of Grimshaw Architects’ South East Asia practice based out of Kuala Lumpur and has been involved in the TRX Project under Grimshaw’s precinct architect role. Coordinating the overall design narrative of the project and developing specific aspects in conjunction with local Malaysian architects. Apart from TRX, Eduardo has been involved in the development of several High Rise schemes in the region, where facade optimization based on environmental efficiency and local construction and budget targets have been of great interest.”

This project was exhibited among others at the d3 Gallery in New York for the “Future Cities: Past, Present” exhibition in April 2009.