Just because something’s been done a certain way for as long as we can remember, doesn’t mean it’s the only way it can be done. Sometimes, a new interpretation of a common object can open up a whole new world of possibilities. Take stovetops, for example. They almost always look exactly the same, but why should they? 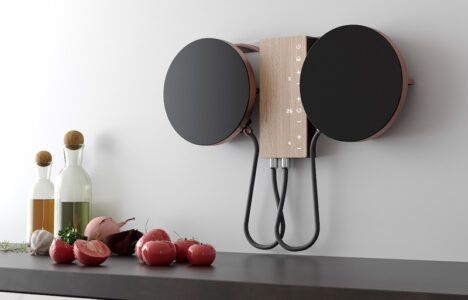 A lot of today’s kitchen designs are still based on the assumption that all homes require full-sized cooking appliances. But that’s not always true, especially in urban environments. Many people just don’t use their kitchens that often, or they’re only cooking for themselves. It’s about time we collectively rethink what we need from our kitchens (and the rest of our homes) and ask for designs that are more functional for modern lifestyles.

One concept that aims to save space and look good doing it is the Ordine from Adriano Design, a set of stove burners (or “hobs,” as they say in the UK) that hang on the wall when they’re not in use. The designers, brothers Davide and Gabriele Adriano, rightly point out that the common stovetop and oven range combo seen in most contemporary houses doesn’t meet everyone’s needs. 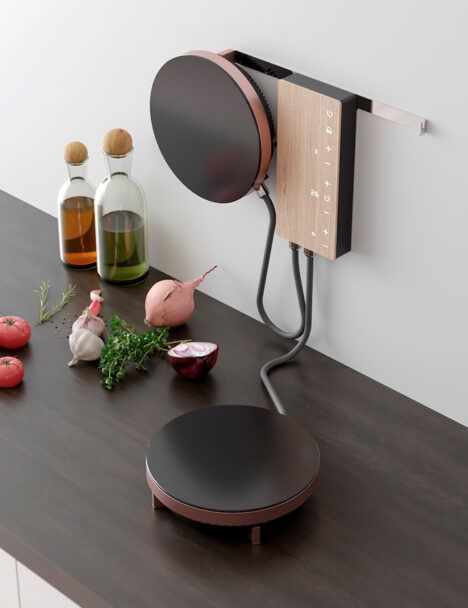 Today’s urban homes are getting smaller, so space is at a premium. Plus, more people than ever live semi-nomadic lifestyles, moving frequently for their jobs or to check out new cities. It makes sense to make home interiors more modular and transformable, tucking away seldom-used items so they don’t take up valuable square footage.

The Ordine stove breaks out of the ordinary in a variety of ways. First of all, its two-burner design is just the right size for many people who only cook every now and then. It features a touch-screen interface to adjust the temperature or set a timer. When it’s hung back up after use, it barely takes up any space. Plus, it has a high-tech look that fits in with other gadgets around the home, which is more than we can say for most kitchen appliances. 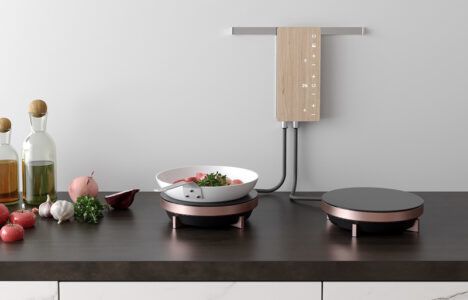 “Ordine! A revolution that will change the cooktop concept, a ‘burner’ that you freely place whenever you need to on our job and then, when you have finished, you just need to hang it like a cooking utensil or pot,” the designers say. “More freedom to interpret cooking space, modularity, grading … a small brick. Ordine transforms and creates a new order in things … in the kitchen … Ordine is a revolution — a deconstruction of the induction hob as we know it today. The hob is no longer an irremovable block in your kitchen, where the distance between the nozzles is never enough when you are cooking with larger pots. With Ordine, you will decide at what distance the nozzles need to be while cooking and how to put them back, leaving the surface free when you don’t need to cook.”

Flexible and adaptable, the Ordine is a clever way to free up space in small kitchens. Imagine how cool it would be if your entire kitchen was modular like this, so you had total control over how all the elements were arranged.