A new concrete home just outside the Argentine capital of Buenos Aires is offering a contemporary take on country living. Situated in one of the gated communities common to the upper-class areas outside the city, the FSY House was designed by local firm Remy Arquitectos, a group that works across the residential, commercial, and restorational sectors and has already completed a number of high-profile projects in Argentina. The clients for this project were a couple who gave the architects the brief of creating a house that provided their family with enough space to comfortably spend the weekend in and where they could entertain and host their children and grandchildren. 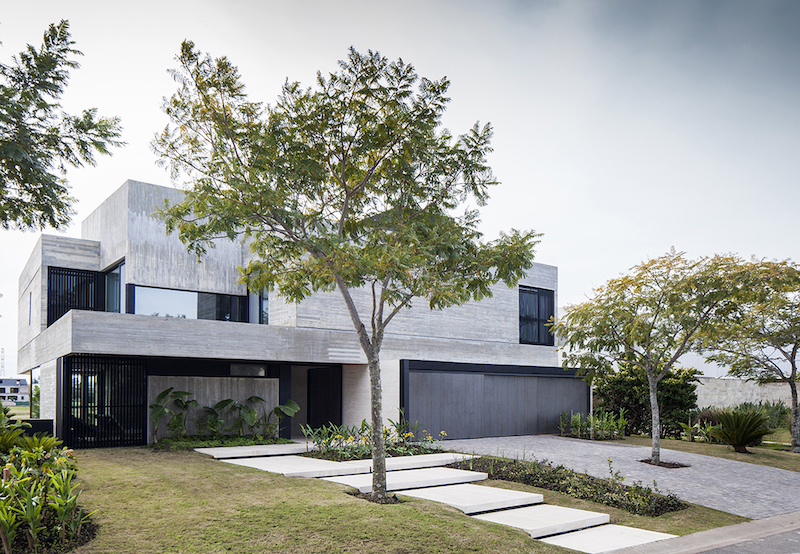 The house has a privileged vista within a luxurious compound, which itself boasts a private golf course and lagoon. Externally, the overall composition of the home appears as a set of staggered concrete volumes, and its front facade is stretched across a landscaped patio laid with travertine paving slabs, which contrast the vegetation planted near the entrance. The board-marked concrete planes are offset by dark metal panels that define some of the interior spaces. These panels are either solid or in the form of slender fins, depending on whether the internal space they’re covering is supposed to be more private or public. 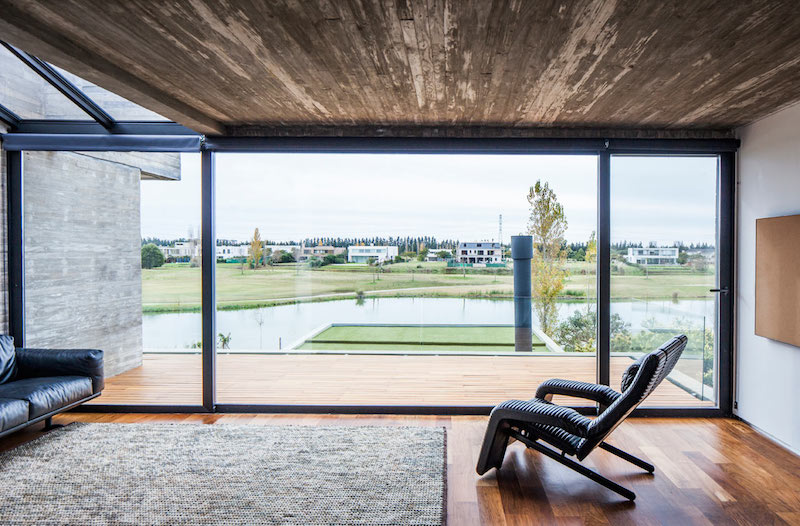 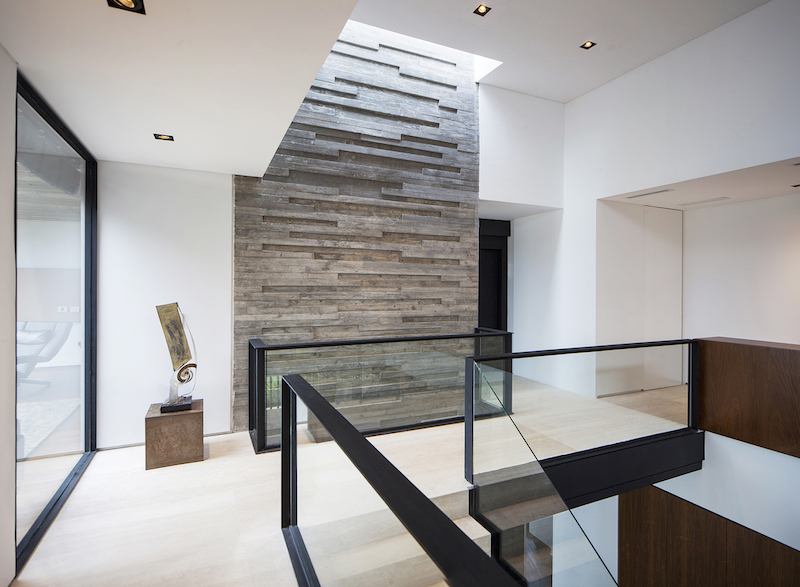 Once inside the house, its material palette sees the addition of lapacho wood on the floor and ceilings, which adds a sense of warmth and familiarity to all the spaces. Some walls are finished in a clean white coat, which in turn are juxtaposed with feature walls made of sculptural concrete. The rooms are organized around a double-height space, which acts as a sort of orientational axis by helping people discern which parts of the house lie where in relation to a central core. The stairs are constructed on a black metal frame, boasting travertine steps and glazed panels of balustrading and creating a sense of transparency throughout the home’s circulation routes. 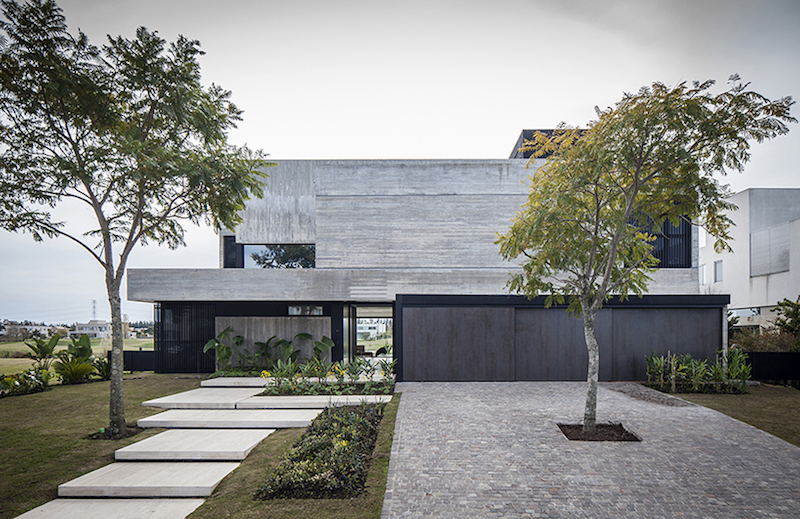 Panels of lapacho wood also conceal the entrance to a spa area, which houses a pool surrounded by a relaxation space. The spa has been treated in darker tones and hues than those found elsewhere in the home to create a subdued atmosphere conducive to rest and relaxation. 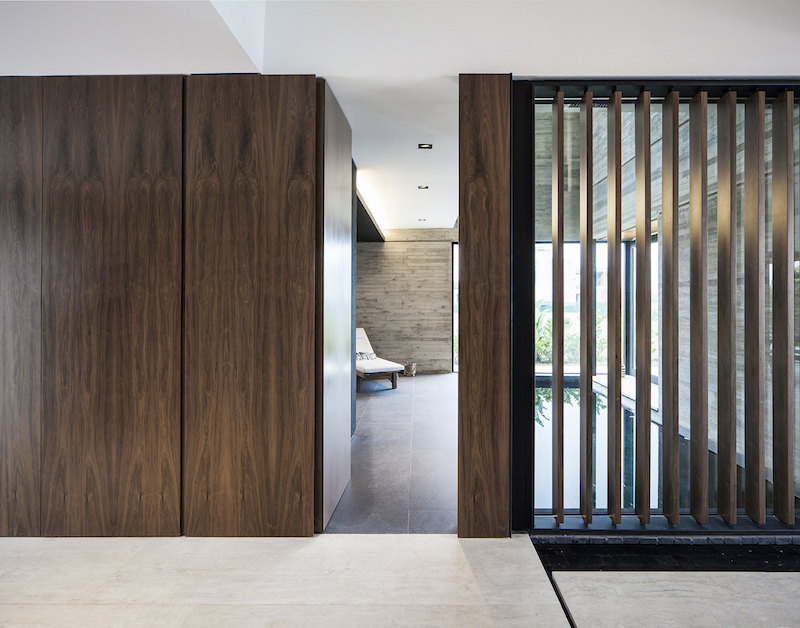 Continue reading below
Our Featured Videos
At the rear of the property, the home’s common areas, such as the living and dining rooms, overlook the lagoon, opening out visually thanks to some generous fenestration and a set of sliding doors that create a transitional effect when open. As is the case in many Argentine country houses, the external areas for entertianing and barbecuing become central to the activity of the house, and a covered grill allows whoever is manning the barbeque to freely engage with their guests. There are three guest bedrooms and one master bedroom in the house, all of which have been finished with minimal decoration and high-quality furniture (as is the rest of the building). At the very top of the property is a rooftop terrace, which affords some stunning 360-degree views of the surrounding landscape.