Much has been made of the recent anniversary of legendary architect Frank Lloyd Wright’s birthday, who would have turned 150 this June 8th. New York’s MOMA recently opened a retrospective exhibition of his work, but a more fitting tribute to Wright came in the form of the donation of one of his houses to an architecture school in Arizona. The architect built The David and Gladys Wright house in 1952 for his son. This year, it was announced that the home would be given to the School of Architecture at Taliesin, an educational facility that Wright himself established 85 years ago. 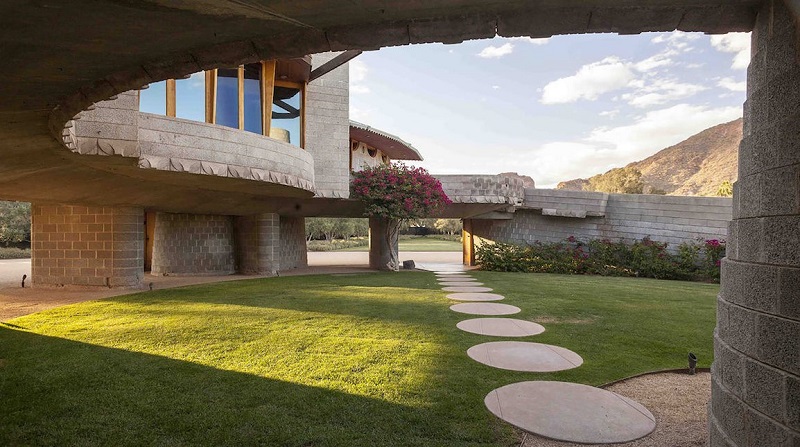 The house was commissioned by David Wright in 1950 and purchased in 2012 by Zach Rawling, a philanthropist who wanted to save the building from being demolished. The property developers in possession of the lot had planned to raze the site and construct a series of luxury homes over it, but the mobilization of local activists and preservation groups prevented the structure from being destroyed. Rawling bought the home for $2.4 million and chose to turn it over the school because “This brings the house to life and gives a meaning to the place in the best way we could hope. It invites the local Phoenix community to experience the house as a living place, and see that Frank Lloyd Wright’s ideas are still alive and well.”

This is one of Wright’s later residential projects and can be aesthetically compared to New York’s renowned Guggenheim Museum, which he also designed. Both structures make extensive use of ramps and curving spherical elements. Like the Guggenheim, the residence was also constructed using concrete blocks, giving it an austere and imposing appearance. However, the Arizona climate acts as a sort of relief to the house and helps it blend into its arid, desert surroundings. Inside, timber boards rise to create radial, dome-style ceilings that match the home’s window frames and mid-century furniture. Carpets and rugs adorned with colorful, circular patterns wind around the building’s built-in banquette seating and cylindrical chimney breast. 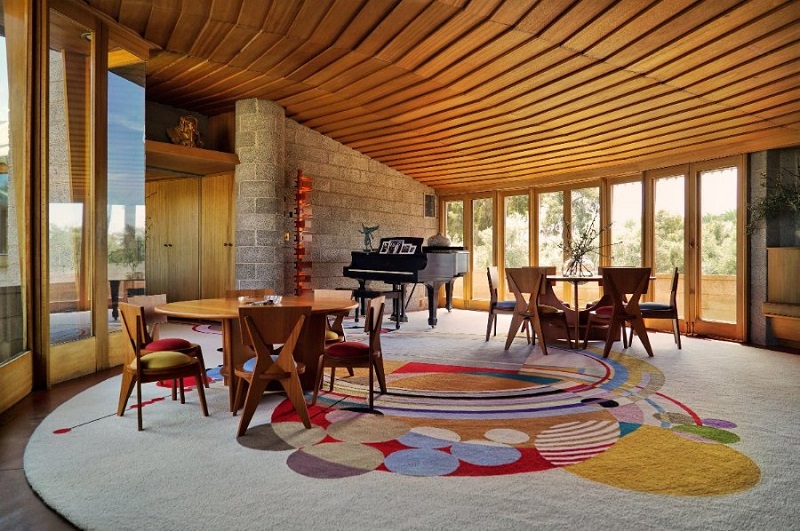 The School of Architecture plans to use the house as academic and artistic lodging, in which any one of the institution’s administrators, students, or scholars can live in as an “artist in residence.” The home is expected to host small classes, workshops, and public events for both students and members of the larger Phoenix community. 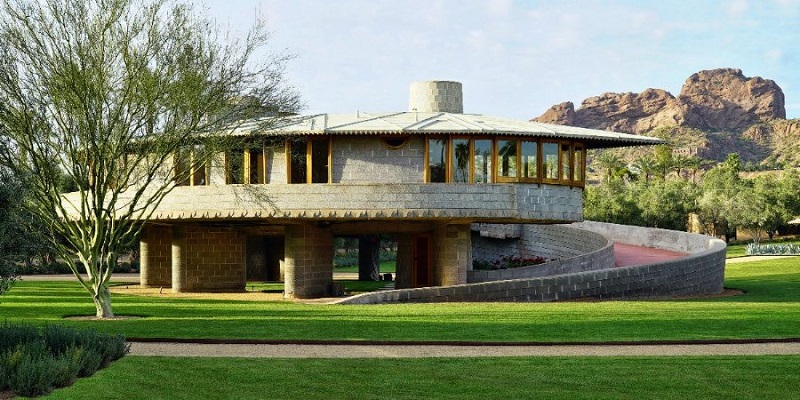 Continue reading below
Our Featured Videos
One of the donation’s key conditions states that $7 million must be raised in endowments by the end of 2020. Rawling and the school’s dean Aaron Betsky explain, “The new organization will own the house and manage the endowment for the benefit of the school, while the school will operate the property, educational curriculum and all community and cultural activities.” Rawling originally established a foundation in hopes of turning the house into a museum but received a great deal of backlash from local residents, who were concerned that droves of tourists would start appearing in the upscale neighborhood. Rawling believes that the home will be better off in the care of the school, which will preserve its epic legacy while using it to shape the next generation of architectural visionaries.