Housing crises are some of the biggest problems faced by major cities today. From extortionate rents in San Francisco to accommodation shortages in Dublin, the basic need for shelter is just not being met for far too many people around the world.
Homelessness is becoming an increasingly insurmountable challenge, and local councils and governments are often unable to come up with effective solutions to it. Consequently, it often falls on architects and designers to envision the ways through which these problems might be tackled. Now, a new concept by the Norwegian/American design studio Framlab is aiming to practically address the issue of homelessness in New York City. 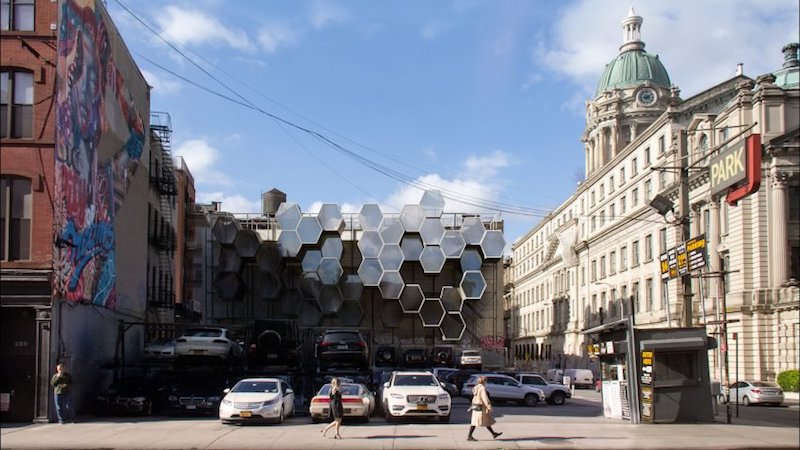 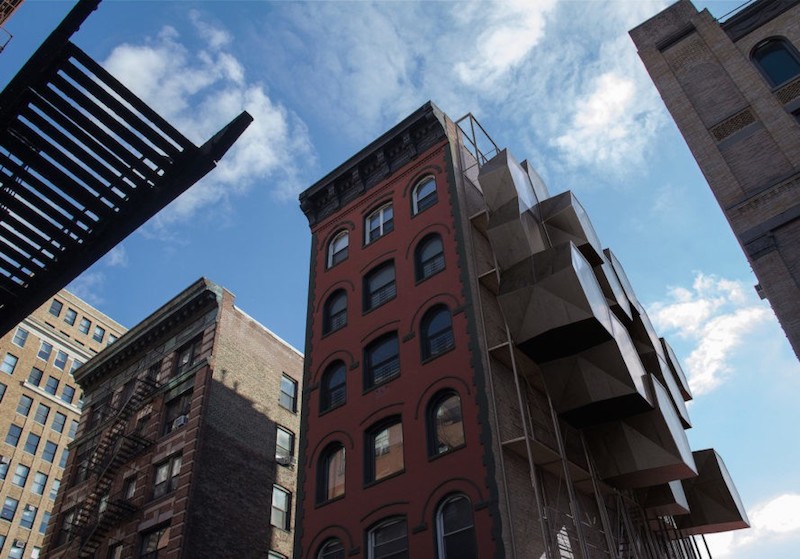 The Homed scheme aims to take on New York’s homelessness problem by mounting clusters of metal pods on the walls of local buildings. Homeless rates are rising every year in the city, which has seen an astounding 40 percent increase in the number of people living on the streets in the past five years alone.
Framlab’s proposal would see a repurposing of the unused gable walls of high-rise buildings all throughout the city (often present in vacant corner plots or on unused tracts of land) into foundations for honeycomb-shaped sleeping pod structures. There is already an abundance of these windowless walls throughout New York, and good use could be made of them to benefit the homeless population.
Framlab says that “although almost every square foot of space in NYC has been claimed, there still manages to exist an abundance of ‘vertical lots’ sitting idle. These are the blank sidewalls of buildings that emerge and disappear as new developments come and go, providing hundreds of acres of available ‘land.'” 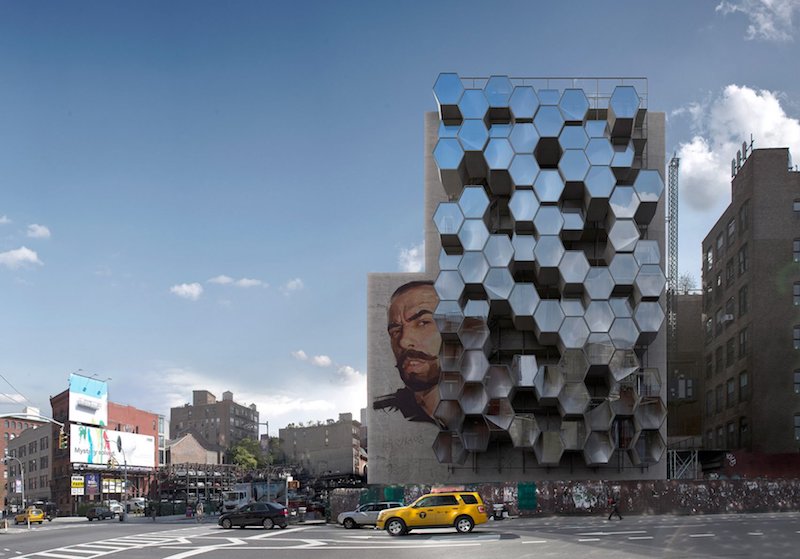 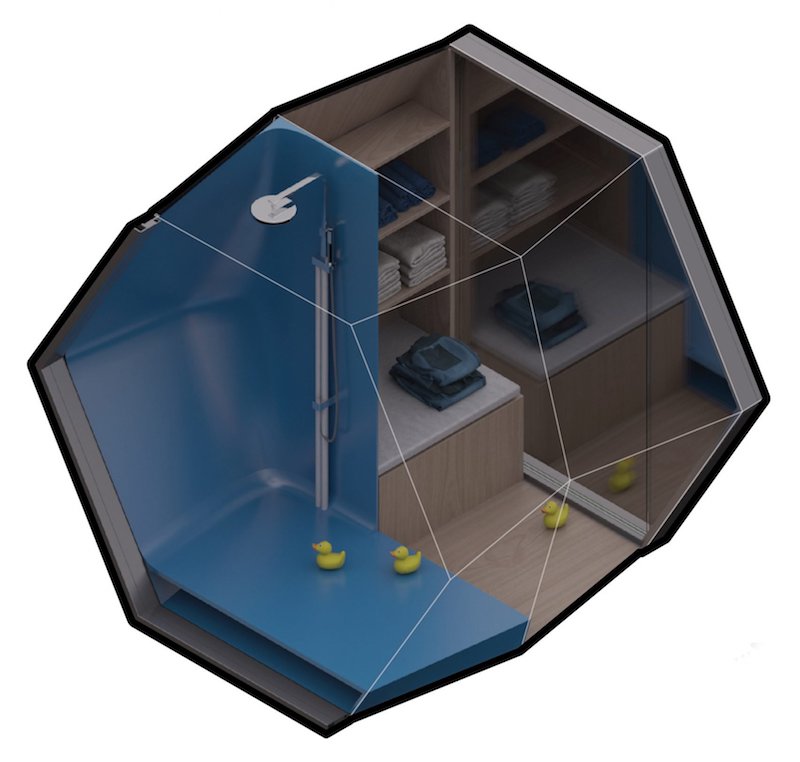 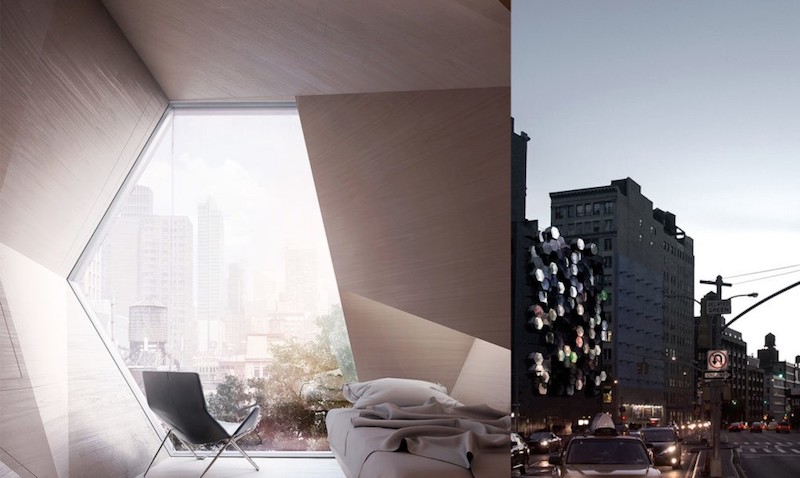 A scaffold would be constructed outside the walls so as to not infiltrate the buildings themselves. Afterwards, the prefabricated pods would be hung from the scaffolding. The pods would be accessed via a series of staircases built into the scaffolding, which would weave their way between the wall and the back of the pods.
The benefit of this system is that is can be assembled and disassembled with relative ease and moved to another location if necessary. The pods would also be clad in a durable aluminum shell, and internally, a planar wall system would be crafted from 3D-printed recycled polycarbonate, which would then be lined with warm plywood sheets to create a cozy interior. 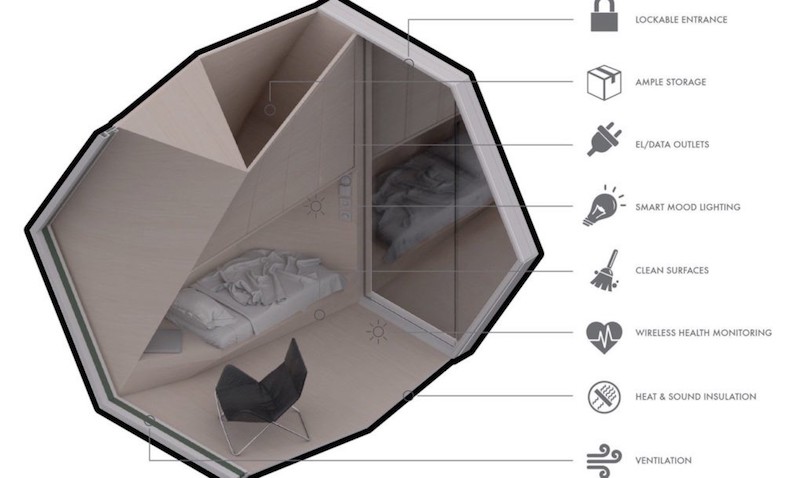 Each pod is fitted with a glazed element at its front to provide views of the outside and allow light in, but they can also double as advertising spots or spaces for artworks. The pods would accommodate one person each, giving the occupant privacy and a sense of having their own space (something that would definitely boost a homeless person’s self esteem). Each pod would also be fitted with modular units, which could be rearranged to create shelving, storage spaces, or sleeping areas depending on how the occupant wants to organize them. Showers and meeting areas would be common to all residents. 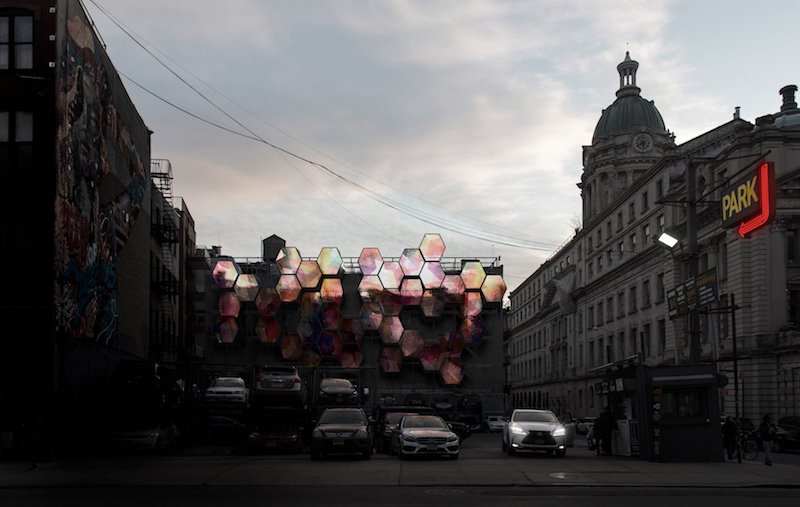 Continue reading below
Our Featured Videos
Of course, Framlab acknowledges that this concept alone cannot solve the housing crisis, explaining, “The massive extent and complexity of the situation requires work on a broad regulatory and policy-making level. But, it is critical that the design community is part of the process.”